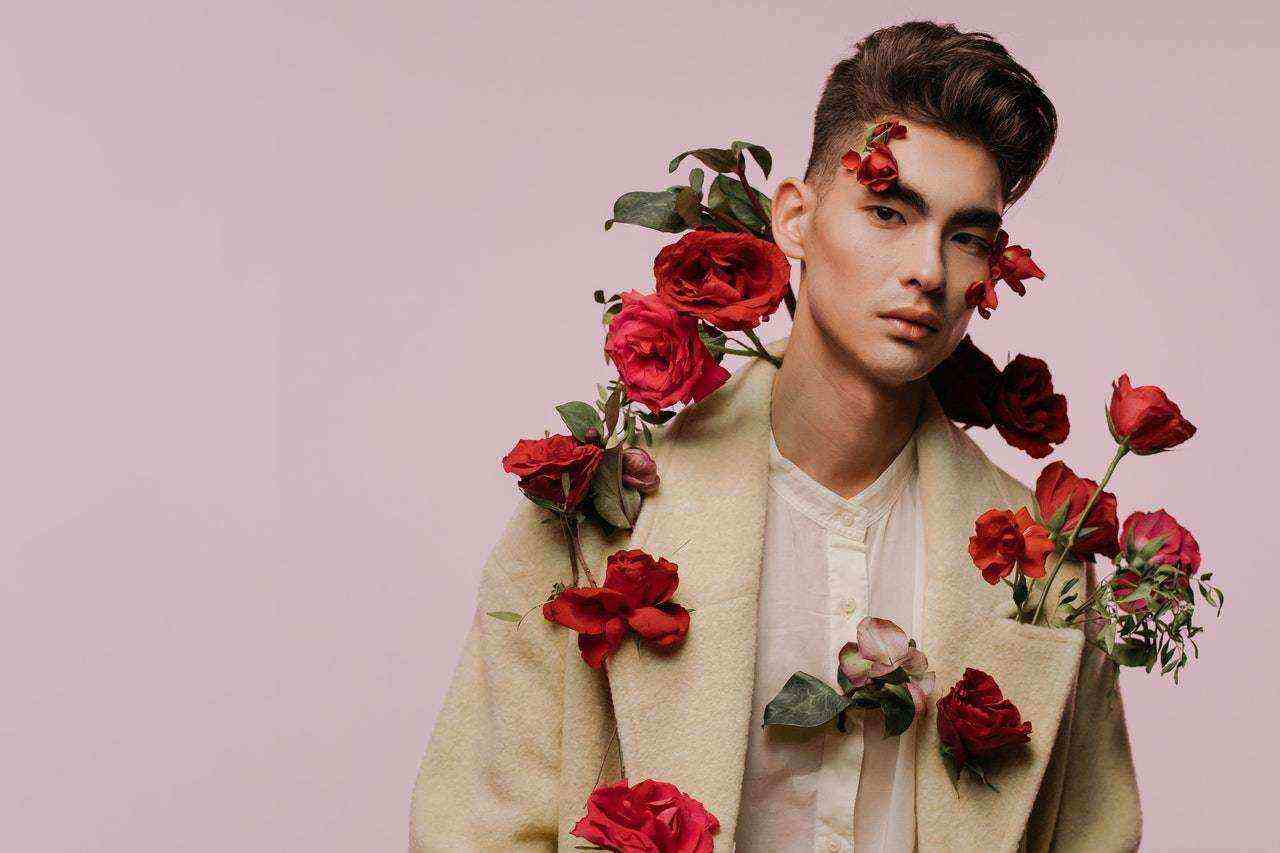 You go out with a girl, you both seem to have great chemistry. After your date, you both go home happy and satisfied. Now you think things could only get better.

But after a few days, she begins to pull away. And because you have no idea what you’ve done wrong, you become confused and frustrated, making even bigger mistakes that only push her further away.

Or, maybe you’re a decent-looking guy who just never has any luck getting beautiful girls to pay attention to you.

Whatever the problem may be for you, this article will help you understand some key things you might have been overlooking.

When it comes to dating, there are some untold rules that many guys are unknowingly falling short on. And when you make these same mistakes for too long without any luck, dating can become just another frustrating game for you.

That said, let’s look at ten mistakes that some guys may not even know they are making. If you’ve been having a rough time dating, take note of these. You might be faltering.

1. Thinking being a good guy is enough to get you a girl

Most guys think that being the good (or ‘nice guy’) is enough to get girls to pay attention to them.

When they find a girl attractive, instead of them manning up and asking the girl out on a proper date, they begin to do nice things for her, hoping that she’ll look at them and see that he’s the one they want to be with.

Don’t get this wrong. There’s nothing wrong with doing nice things for a girl you like.

However, if you just infinitely do nice things for a girl, never making any move, and hoping that she will one day look at you and want to date you, you are making a big mistake.

Of course, simply doing nice things may work on rare occasions (if the girl already likes you), but those occasions are exemptions to the rule. In most cases, the guy will only end up in the friendzone.

In reality, just being nice to a girl you like doesn’t convert her into your girlfriend magically. Don’t nurse fantasies of dating a girl while sticking around her and doing nice things hoping to get noticed.

The best route to take – coupled with being nice to her – is to ask her out on a proper date. Let her know how you feel about her. This will let her know that you’re not just around her for casual friendship. If you don’t do this, there’s a high probability you’ll end up in the friendzone.

Interesting: 9 Mistakes Men Make When a Woman Pulls Away

2. Only using dating apps to find the right woman

Dating apps are convenient because they remove all the anxiety it takes to work up to a woman, build friendship, and ask her out on a date. But that convenience can quickly become addicting. And this isn’t a good thing for several reasons.

First of all, besides the satisfaction you get from socializing with another human being, there’re a lot of things you can know from interacting with people in person that you can’t get through dating apps.

Besides, most dating profiles are not accurate representations of people.

The convenience of simply swiping on dating apps can make you neglect opportunities to interact with potential romantic partners around you. And this will make you miss out on great opportunities.

3. Trying too hard to impress

It’s okay to show a woman that you care about her. But most guys go too far trying to make a woman accept them. Their need for approval stems from a place of insecurity.

A man’s need for acceptance might make him lie or omit details about himself that he thinks the girl may not like.

Furthermore, a guy who is trying too hard to impress a girl might agree with everything she says, thinking that disagreeing might make the girl not like him.

In a nutshell, guys who feel they need to impress a woman think that they are in an inferior position, and as such, they need to do all it takes to measure up. And the downside to this is that it makes you come off as needy.

Out of the need to impress, most guys will talk too much about themselves and their achievements, lie to make themselves look good, over-flatter the girl, etc., all of which will quickly make them a bore to the girl.

4. Going in too hard sexually

One of the frequently asked questions on Google about dating is “how to get a girl to have sex with you on a first date.”

This is one of the biggest mistakes guys make with dating. You see, if your mind is already on how you’ll have sex with a girl right from the first date, that’s going to affect how you relate with her.

It will show in how you look at her. And your conversations will most likely be steered towards sex. For instance, when you start looking for ways to get a girl to your place after a first date, she knows you’re up to something.

And a girl who thinks you only want to be with her for the sex isn’t going to want to have a relationship with you.

5. Giving away too much, too soon

In his book, The Art of Seduction, Rober Greene explained that the problem so many people have with seduction is that they say everything they mean.

Though it is instinctive to want to get poetic about your feelings when you like someone, it is better to reveal your intentions gradually.

Women like to feel that they earned their admiration. She wants to think it’s her unique character, her virtue, her honesty, her integrity, etc., that attracted you to her.

If she feels you are head over heels for her for no apparent reason, she’s not going to give you the kind of respect and attention you want.

Hence, even if you’re head over heels for her, control yourself. Learn to reveal how you feel gradually. Make it seem natural, as though you fall deeper in love as you learn more about her.

When she sees that your love for her is based on something real, she’s going to appreciate and value it more.

6. Waiting for the lady to make the first move

Though there are rare occasions where ladies make the first move on the guy, those are exceptions, not the rule.

Besides, if you want a woman, why would you be waiting for her to make the move on you?

For some guys, they go about this subtly. Instead of directly asking the girl out on a date, they stick around her and do nice things for her, hoping she’ll start having feelings for them.

But in any case, waiting for a lady to make a move on you is a huge dating mistake. It’s a simp move. If you want her, just go for her.

There are also a group of guys who have a fantasy about the kind of girl they want but don’t do what it takes to get them.

And one of the major reasons for this is that guys often select the kind of girl they want based on ego. They want the girl that has it all. The looks, the great skin, the class, and everything in between.

And because of this perfect ideal they have in their heads, they pass on great relationships.

This, however, doesn’t mean there’s anything wrong with having high standards. But be realistic with your standards. Don’t have standards that are only possible in your fantasies.

If you’re too intimidated to approach the kind of woman you think you deserve, while still rejecting all the ones that show interest in you, you’re going to remain single for a long time.

Serial dating happens when a guy hasn’t settled down to really understand what he wants in a woman. These types of guys approach almost every girl they see.

They use external beauty alone as their metric for evaluating girls. They don’t have standards or virtues they want in a woman. Their focus is simply hoping to get laid.

The problem with this approach to dating is that it often ends up frustrating and confusing you. It’s immature, and it’s an unrealistic way of finding a partner. You’ll most likely end up getting more rejections than you can handle.

Get intentional about the kind of woman you want in your life. Aimlessly taking shots at every girl will only make you come off as a playboy to women.

Interesting: 6 Mistakes That are Keeping You Single

Handling rejection is one of the hardest things about dating. In fact, it’s one of the major reasons why most guys don’t want to approach the woman they like, and it’s understandable.

To be able to handle rejection well, you have to change how you look at it.

First of all, you have to know yourself and what you bring to the table. High-quality men who have high self-esteem, who know their worth, understand the value they bring to their relationships.

They are not begging women to come into their lives. They are looking for women to share an experience with. Hence, even if they get rejected, they can’t take it personally.

Taking rejection personally makes you come off as emotionally immature. Know yourself and know what you bring to the table. This will make you understand that you don’t have to beg anyone to stay in your life.

Another huge mistake that most guys make in dating is chasing women.

It’s okay to express your desire for a woman. But if she’s told you she isn’t interested and you keep forcing yourself on her, that’s an unhealthy place to be in.

Here’s the thing: Desire isn’t that complicated. When a woman is interested in you, she’ll want you to know. Most likely, she’ll make her own moves on you, even if she won’t say it in words.

Hence, doing the long exhausting chase with women is rarely worth it. If she said she doesn’t want you, don’t begin to go in harder. Swallow your pride and move to someone else.

Most men make these mistakes unknowingly. Some just fall into them out of insecurity or fear of rejection. Whatever reason it may be, if you’re looking to upgrade your dating life and build a healthy relationship for yourself, stop making these mistakes.