9 Emotionally Damaging Effects Of Dating Apps, According to Studies

By Team Growth LodgeJanuary 5, 2022Relationships Self-HelpLeave a Comment on 9 Emotionally Damaging Effects Of Dating Apps, According to Studies 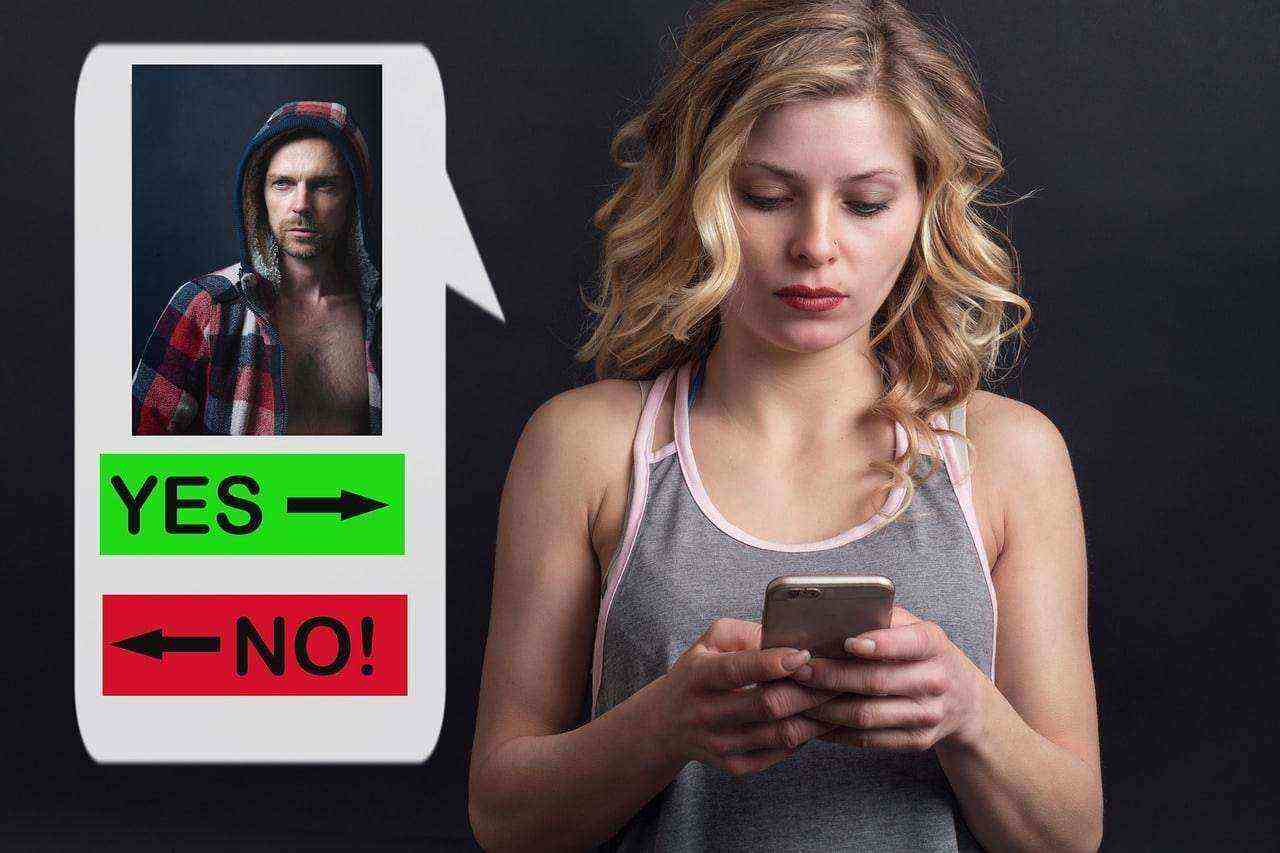 Today, dating apps such as Tinder and Happn are at the forefront of modern-day dating. With billions of swipes per day and thousands of matches, it’s easy to see why these apps have become so popular.

However, upon closer inspection, we might begin to ask ourselves: but is this fair?

With studies showing that up to 40% of relationships start online there’s no question about whether or not the world has embraced modern technology when it comes to love. However, while some couples may find success after meeting online, for others, the journey may be riddled with emotional pitfalls and despair.

When you meet someone new online (especially through a dating app), it’s easy to get caught up in all of the fun and excitement of meeting someone new; however, this high is often short-lived.

While those in traditional relationships certainly can feel lonely too, as the study further suggests, there may be a big difference: “When people use mobile dating apps, users report feeling less satisfied with their relationship and more distressed about its quality.”

The results of this very small sampling size should be taken lightly; however, they do make sense if we consider how easy it is to hide behind a phone or computer screen and pursue any number of potential partners.

The very technology we’ve embraced and grown to love, which has made it easier than ever to meet others, may also be hurting the quality of our close relationships.

With so many opportunities at our fingertips, it’s easy to lose track of time — in fact, 23% of daters spend over 8 hours per week swiping!

While there is certainly nothing wrong with taking some time for yourself amidst your busy schedule, spending too much time on dating apps can be a detriment to both your current relationship as well as future ones.

According to the same article study, “young adults who use these apps are more likely to report feeling tired and used when it comes to their primary relationships.”

It’s important to consider how you are spending your time on dating apps. If the majority of your time is spent swiping then you might be doing yourself a favor by removing them from your phone for a certain amount of time each day — or even better — forever!

While those who swipe may think they’re talking to a specific person, the truth is that there’s always a chance you’re sharing messages with someone without knowing their true identity — a fake profile!

With countless articles highlighting this trend, it’s no wonder why researchers like Elizabeth Bruch at the University of Michigan recommend that daters meet in person sooner rather than later to minimize their risk for heartbreak or fraud.

With dating apps like Tinder, the amount of choice one has often leads to sexual objectification — that is, thinking about another human being primarily as an object for satisfaction rather than a complete individual with thoughts and feelings.

According to research published by the Pew Research Center, this trend is especially prevalent among young adult females where “more than half reported feeling harassed on online dating sites.”

This is hardly surprising given the nature of mobile dating apps where one must behave rather quickly, often leading to snap judgments.

With the rise of these technologies have come increases in both physical and emotional distractions. As a result, our relationships are increasingly being influenced by social media where we are perpetually plugged into our phones which serve as a sort-of virtual third-party communicator.

While this may not be so bad when it comes to live streaming movies with your family or playing games on XBOX Live, some serious consequences arise from romantic relationships.

According to research published in the Perspectives of Psychology Science, “the mere presence of smartphones can lead people who were already in relationships to feel less satisfied with their romantic partners because of the heightened availability of alternatives.”

Mobile dating apps have made it more accessible than ever to find a potential partner, and with this comes both the good and the bad.

On one hand, we can meet people just about anywhere — while commuting on public transport, waiting for an order at Starbucks, and even while sitting in bed at night.

But when this accessibility goes too far is when things start going downhill. For example, when someone stops replying to your texts because they are watching TV or taking a shower — the “delayed response” technology built into most of these applications makes us believe that our significant other is intentionally ignoring us when this isn’t the case.

Even worse, the “take a break” feature that is now available on most of these applications can cause us to become overly concerned when our partners are taking longer than usual to respond.

According to one study published in Science Direct, “self-presentation strategies are consistently related to higher emotional investment.” In other words, people who invest more time into their profiles and uploading selfies tend to be emotionally invested in what they see as an online persona.

As we all know, this connection between someone’s online persona and real-life self can result in serious social and psychological issues — especially for those individuals looking for long-term relationships.

Another study published in the Journal of Social and Personal Relationships found that “when dating alone, men who frequently used selfies were less satisfied with their romantic relationship than men who did not use many selfies.”

The anonymity afforded by mobile dating apps can lead to increased incidences of trolling. While this is certainly a problem on social media sites like Facebook, it’s even more dangerous in the context of online dating because you are looking for someone who shares similar interests in order to build a future together.

As this study revealed, 75% of communication between users on these types of applications is actually about exchanging personal photos as a form of flirting. For this reason, incidents of trolling can come from individuals who simply want to make you feel bad about yourself — regardless of any potential for romance between the two parties involved.

According to a study published in Science Daily, it was found that lies are much less likely to be exposed when they’re sent via text or email than if they were told face-to-face.

“By using email to communicate, you leave behind a written record of what was said,” says Dr. Robert S. Feldman, professor of psychology at the University of Massachusetts. “In an uncertain situation, it is natural to try to confirm exactly what was said during an ambiguous text exchange.”

In other words, once you click send, it’s very hard to take that text or email back — and the results of sending it can have serious consequences for your dating life.

The human brain is wired to find the best mate, and so it’s no surprise that we often resort to dating apps because they offer a convenient means for finding love.

However, there are dangers in relying on these sites too heavily-we may become dependent on them or neglect other important aspects of our lives while spending time swiping left and right. It would be wise not to let technology take over your life without consideration for its consequences.

If you’re feeling like using one app has taken over your whole social life, then maybe it’s time to stop and re-evaluate what you want out of relationships.

If this article has helped you then please share it with your friends. If you would like to see more posts like this, then please leave a comment below letting us know what you think! Don’t forget, sharing is caring! Please feel free to Join 2k others on our Facebook page and Pinterest. Also, support us on Medium.