By Team Growth LodgeMarch 30, 2022Dating Tips for Women RelationshipsLeave a Comment on 10 Reasons He Keeps You Around But Doesn’t Want A Relationship 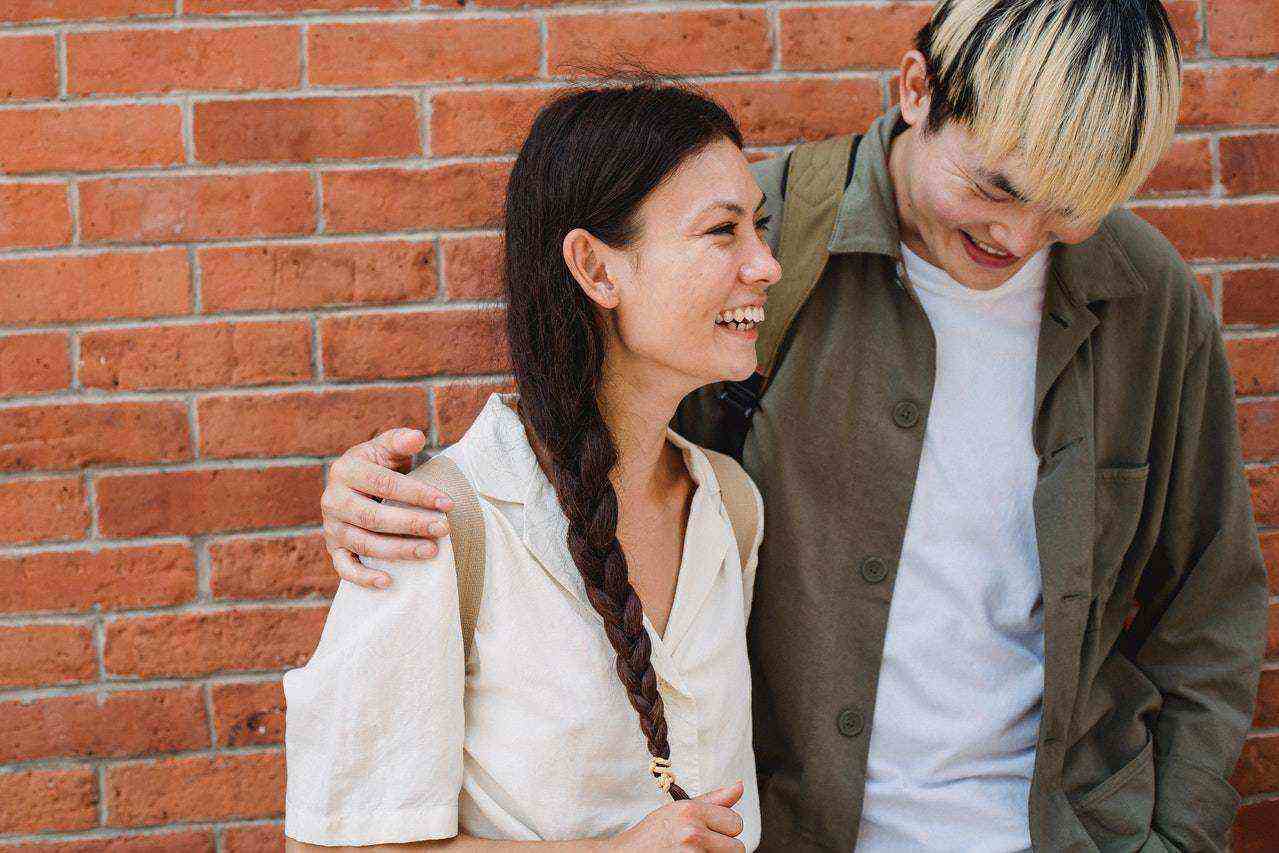 Being close to a guy who doesn’t want to be in a relationship can be confusing (especially if you like him already). If you’re a lady, you can probably relate. But if you can’t, imagine the following scenario.

You’re close to a guy, and sometimes he gives you the impression that he likes you. Maybe he’s cute and he gives you his attention. Everything seems to be cool between the two of you.

You have chemistry, and you know it. But he claims he doesn’t want a relationship with you.

Sometimes they won’t say it in words that they don’t want a relationship with you. But you’ll be able to tell by the fact that the guy isn’t making any move in that direction despite your closeness.

He’ll pull you in with his warmness and then push you away again like he’s conflicted within himself. What causes this? Well, here are ten of the most common reasons why a guy will keep you around but not want a relationship.

1. He’s not ready to commit

One of the major reasons why a guy will keep you around without wanting a relationship is because he doesn’t want any commitment with one girl.

He understands that when you become his girlfriend, he owes you his loyalty, and not every guy is ready for this kind of arrangement. Some guys just want to have fun, and not have to worry about hurting the feelings of someone else in the process.

There are several reasons a guy may not want to be in a committed relationship.

First of all, he may feel he is not in the right place financially to have a serious relationship. Or, he may be focusing on his career or personal growth. And sometimes, it’s just because they want to have fun without having to worry about hurting another girl’s feelings.

Related: 10 Sure Signs He’s Fighting His Feelings For You

If you’ve been close to a guy and you’re giving him all the signs but he doesn’t seem to pay attention, there’s a high chance he doesn’t see you that way.

This is perhaps the most important reason because it covers all the rest points in this article. You see, when a guy likes you, he’ll want to keep you. You’ve probably heard of Playboys who find one girl and suddenly, they don’t want to lose her.

A guy that likes you might still make attempts to get you even when he knows you might be in a relationship already. It’s really that simple.

One of the ways you know he doesn’t see you the way you see him is how he responds to your advances. When you compliment his looks or tell him how much you like guys like him, does he seem happy about it? Or does he behave like he doesn’t want to go there with you?

Does he enjoy your company or create time to hang out with you? Or does he only remember you when he needs something from you?

Does he like going out with you? Or is it just late at night that he likes to come over or have you over?

These are the kind of signs you need to look out for to know whether or not a guy cares about you or if he just wants something from you.

3. He’s unsure about what he wants

Sometimes guys are just conflicted about going into a relationship with a girl.

For instance, he may like you but feel his friends may not approve. Or, maybe he sometimes gets insecure and feels that he has to play mind games to keep you interested.

He may like you but doesn’t think he is ready for a relationship. Reasons being that he isn’t where he thinks he should be financially or he just wants to focus on his career.

If a guy likes you but doesn’t think he’s ready for a relationship, he’ll be conflicted. He’ll make attempts to keep you around, probably because he wants you, but will not ask for a relationship because he feels he isn’t ready. All of which will only make the girl confused about his true intentions.

4. He’s getting some benefits

Ever heard the phrase “Friends with benefits?” As the Oxford dictionary explains it, “A friend with whom one has an occasional and casual sexual relationship.”

When a guy already starts having sex with you without the commitment of being in a relationship, he’ll likely want to stay that way.

If he can get sex without having to be in a relationship with you, then there’ll be no motivation to get you for himself. He may even feel you think low of yourself for letting him have sex with you when he’s isn’t dating you.

Human beings are by nature wired to place more importance on things that are either not available or hard to get. If it’s easy, it’s not that important. And a guy who easily gets sex from you will likely think the same way.

On the other hand, if he had to go on a date first, get a first kiss, work hard to get you over to his place, a relationship will definitely need to be established before any sex can come in.

5. He wants to keep his options open

Another reason a guy will want to keep you around without wanting a relationship is that he knows that if you’re just friends, he can do whatever he wants.

How can you complain about him hanging out with other girls when you’re just friends right? He likes the freedom that comes with being single, and he doesn’t want to ruin it by committing to you alone.

A guy who is trying to keep his options open will most likely want to have a casual relationship with you. He wants the sex but doesn’t want the commitment.

Most guys will outrightly tell you that they are not looking for anything serious.

However, some will show it through their attitude that they are only after casual hookups. The onus is on you to spot them and move on.

6. He knows he already has you

Just like girls can get turned off when a guy is too all over them, obsessing over a guy too quickly can easily turn him off.

When he knows he already has you, you’re no longer a challenge for him. It’s the things we work hard for that we value the most. We think when it comes too easy, it’s not that important.

Hence, if you’re close to a guy, and you’re all over him at any encounter, doing his biddings and being extremely agreeable to everything he says, he’ll likely not take things beyond friendship with you.

Also read: 8 Signs He’s Slowly Falling In Love With You

If he’s keeping you around but doesn’t want to be in a serious relationship with you, it could be that he’s afraid of the chances of losing you.

The thought of asking you to be his girlfriend and being turned down is scary to him. He might be scared that if something like this happens, your friendship may not be the same as before.

This is especially true if you’ve been friends for a while. He knows that if he asks you out and you say no, it’s going to make your friendship awkward from then on. So it is safe to keep your friendship intact.

For instance, if you observe that he likes to compliment you, and he looks at you in a way that speaks of desire, it’s probably because he wants you but doesn’t want to ruin your friendship.

8. He likes you as a friend

Sometimes a guy can enjoy being friends with you but not just see you as a girl he’ll like to get romantically involved with. This could be for several reasons.

First of all, he may have a girlfriend already. However, in most cases, he doesn’t just think you’re his type. Maybe he just likes your honesty, virtue, but doesn’t see you as someone he may want to show off to his friends.

And yes, this may seem unfair, or even superficial. But it happens all the time. Guys choose a classy, pretty girl they can show off over a good, caring friend they don’t think is attractive enough.

9. He likes being single

Another reason a guy may not want a relationship with you is simply because he likes being single.

Sure, some people like being in relationships. They enjoy the love and attention they get from their partner.

However, some people just prefer the freedom that comes with being single. And for some, they’ve just been heartbroken many times that they’ve decided to take time off the dating scene and enjoy their time alone.

Sometimes guys don’t just take the next step – even if they want to – because they are not sure how you feel about them. He might think you’re out of his league, or just assume that he will not be able to take care of you.

An insecure guy will be more afraid of being rejected. This fear of rejection will make him behave weird sometimes. For instance, he might easily get jealous when he sees you with other guys, but refuse to admit to you that he wants you to be his girlfriend.

A guy keeping you around but not wanting a relationship can be confusing and frustrating. But what’s more important is why he’s doing it. Is he getting some benefits from you already? Is he just a playboy looking for a casual hookup? Or, is he just not ready for a relationship yet?

The answer to these questions will determine whether or not you want to remain friends with him.