10 Sneaky Signs Your Man Is Cheating On You

By Team Growth LodgeJanuary 26, 2022RelationshipsLeave a Comment on 10 Sneaky Signs Your Man Is Cheating On You 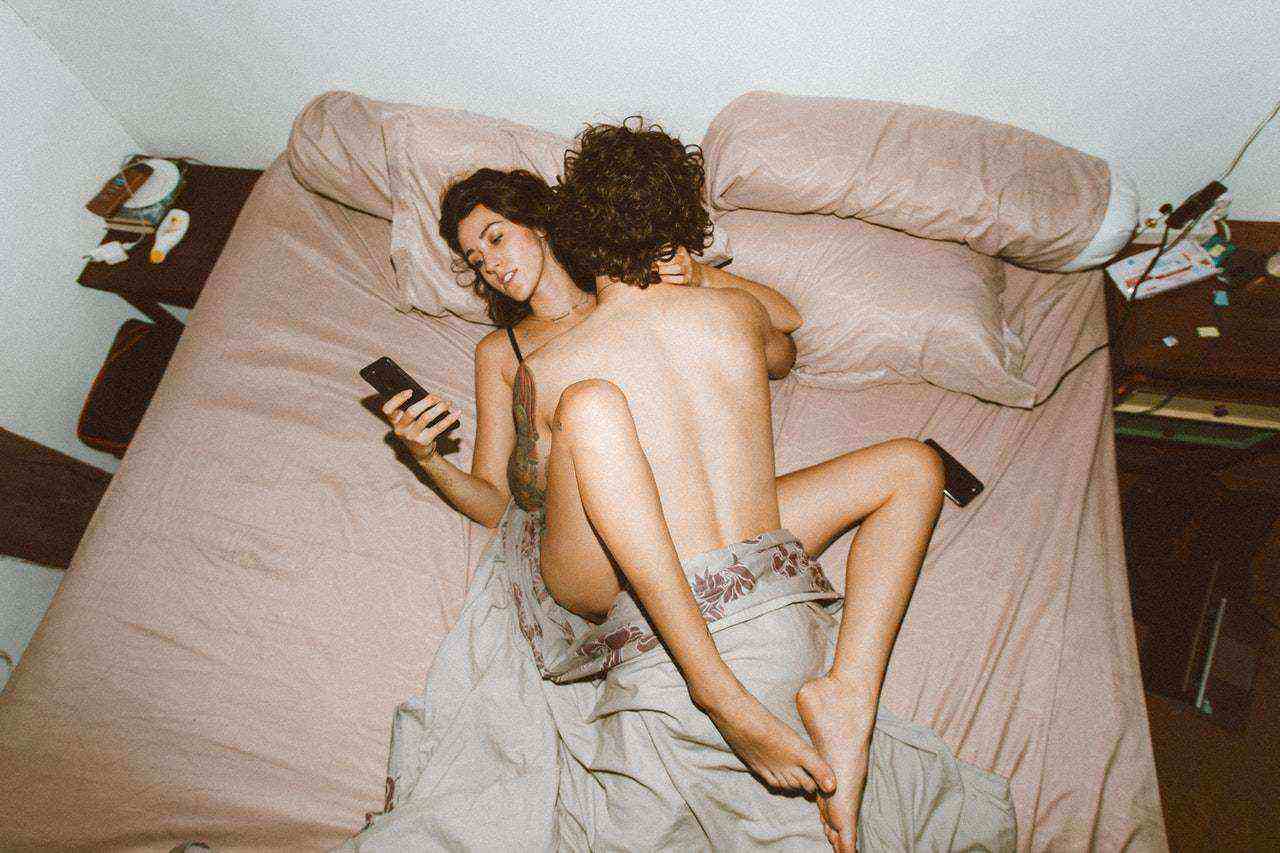 At the beginning of any relationship, it’s hard to imagine that anything will ever go wrong, that desire will wane and the love of your life will one day find you repulsive enough to want someone else to take your place.

But it happens. A lot. And it doesn’t mean there’s anything wrong with you. Being cheated on happens to tons of women (and men) and it hurts like hell.

The reality is that there isn’t a surefire way to spot cheaters. Sometimes, they’re smart and secretive enough to fly under the radar. But if you spot a few of these red flags, something’s up.

It’s normal for a man to have friends or family that he likes to spend time with from time to time. However, if he starts having unexplained absences where you’re wondering where he went and who he was with, then there might be something going on.

Here’s the thing: When a man is cheating, he doesn’t want his woman to know about it. So if you ask him where he went and what he was doing every time he gets home late, and he’s doing something fishy, you might get an unreasonable answer. You’ve caught him off guard.

Watch out for his mood and body language. Does he become offended just by your mere interest in his whereabouts?  If his mood changes and he becomes short-tempered when you ask questions, it might be a sign that something is up.

If his behavior changes from a carefree, open book to someone who hides and micromanages his gadgets, then it might be because something is going on that he doesn’t want you to know about. This could manifest itself in many ways. Maybe he starts getting off the phone when you walk into the room or starts avoiding you. This might mean that he’s chatting with or seeing someone else and is trying to cover it up.

If he didn’t have anything to hide,  then he wouldn’t mind you seeing or hearing his conversations.

He also might be acting secretive when it comes to his phone’s history. He might delete all of his call logs, text messages, and Facebook chats. If something is going on, then he’ll do everything in his power to make sure that you can’t find out.

3. His phone is always in his hand, even when he doesn’t have a call or text to respond to

Think back. When was the last time you saw your man’s phone lying around with nothing to do?

One major sign a man is hiding something or cheating on you, is him making sure that his phone is on him at ALL times. He’ll be checking it all the time to see what she has been saying or what she’s doing. Plus, he’s being careful not to let you walk into a chat, message, or call.

Now, I’m not saying every man will be glued to his phone 24/7 if he’s cheating. BUT, if you notice an inordinate amount of time when his phone is acting “alive” but he doesn’t have anything to do with it…watch out.

4. He doesn’t want you to meet his friends or family

There are many reasons a man may not want to introduce you to anyone close to him.

Maybe his family or close friends already know what’s going on and he doesn’t want them to blow his cover. Or, maybe he doesn’t see your relationship as serious enough to introduce you to anyone close to him. Either way, it’s still a red flag.

If he tells you that he wants to keep the relationship casual, then you should be suspicious. If there is someone else in his life, then he might not want you to meet those who mean the most to him.

You might notice that every time you ask to meet his friends or family, he gets weird and does everything in his power to prevent that from happening. If you get the silent treatment when you try to ask about it, then there might be a good reason.

A man who truly loves you will not be afraid to introduce you to the most important people in his life.

Related: 6 Surefire Signs Your Woman Is Cheating (Or Losing Interest)

5. His behavior is erratic

There are a few reasons why a man might behave erratically in a relationship. He could be going through some serious emotional challenges and doesn’t know what to do…OR…he’s cheating on you.

If he’s always switching his moods, then it might mean that something is happening behind your back. Maybe he argued with his other woman. Maybe it’s guilt. He could just be tired of your relationship and not know how to end it.

He could also be trying to cover up something that is going on with his phone. You never know…he may have been talking to another woman online right before bed while you were brushing your teeth.

Whatever the cause may be, having an erratic person around you can be unbearable. If it continues to happen without any apparent reason, then you should call it out and clear the air.

Sit him down and talk with him. Maybe he’ll come clean and tell you what is going on. If not, then at least you know for sure that something is up.

6. He’s being less attentive in bed

When a man is cheating on his woman, sometimes sex becomes a “chore” for him.

It doesn’t matter how much he loved being intimate with you during those first few weeks or months, when he’s cheating on you, it will most likely not be the same anymore.

You might notice that he’s not as interested in connecting with you after the sun goes down. He may give off signs like constantly checking his phone, turning over to sleep, or walking out of the room without saying anything.

If you notice that your man is hiding his phone, then there might be something wrong. There’s a reason why he’s trying to keep you from seeing the screen.

Does he always turn off his phone or put it away when you enter the room? or maybe he doesn’t want to show you that he has multiple messages from other women.

When a man is cheating on his partner, he will try to be as secretive as possible. In fact, even when you’re in the same room with him, he’ll still go out of his way to cover up what’s going on. The best way to clear the air is to ask him what he’s hiding and why.

8. He seems distant, distracted, and irritable

He could be acting distant from you because he’s carrying a lot of guilt about the affair. He may also be thinking about his other woman all day long and doesn’t know how to tell you the truth.

When a man cheats, he’s always thinking about the other woman and it can be difficult to deal with. He may try his best to put on a brave face and pretend like nothing is wrong. But in reality, he could be distant and his mind could be elsewhere all day.

When a man loves his woman, then he will want to tell her about what is happening in his life. He will usually go out of his way to share even the most basic information with you because it brings him joy.

However,  if he’s hiding something from you, then it might be difficult for him to tell you anything. While he may still try his best to be open with you, he’s not in that free and guiltless place anymore. Now, there are details of his day that don’t make him look so well. Hence,  he might not feel comfortable enough to share things with you for fear of being found out.

Interesting: 10 Reasons He Keeps You Around But Doesn’t Want A Relationship

10. He says he doesn’t think the two of you are compatible anymore

At some point, a cheating partner will stop trying to make things work. When you talk about the future together, he might tell you that he’s not so sure if the two of you are compatible anymore.

A lot of men say “we are not compatible anymore” to their women when they want out of the relationship.

When a man is looking for a way out of his marriage, he might start finding faults with everything about you. He might even complain about how there’s no more passion left in your relationship. This is just how he may want to justify the affair that he’s having.

He doesn’t want to take the time to work things out with you because he has someone else on his mind.

When you confront him about what’s going on, then you’ll know if there is anything that you can do to save your relationship.  If he’s not willing to give you a chance, then it might be time for you to move on.

Sometimes the hardest part in spotting a cheater is just accepting the possibility. Most women are too afraid to even look that way. They sweep the monsters under the carpet until they grow up and devour everyone in the relationship.

If you are lucky enough to find a man that you love and want to spend the rest of your life with, then make sure he knows how important it is for him to be faithful.

It’s not enough anymore to go out on dates and have fun together; we’re living in a different world now where people constantly cheat and lie to each other.

If you notice any of these signs, then your man might be cheating on you (or at least losing interest).

Don’t wait to find out that he already has a mistress or a lover. Confront him and give him a chance to explain himself. In the end, communication is still the best way to know for sure what’s going on.