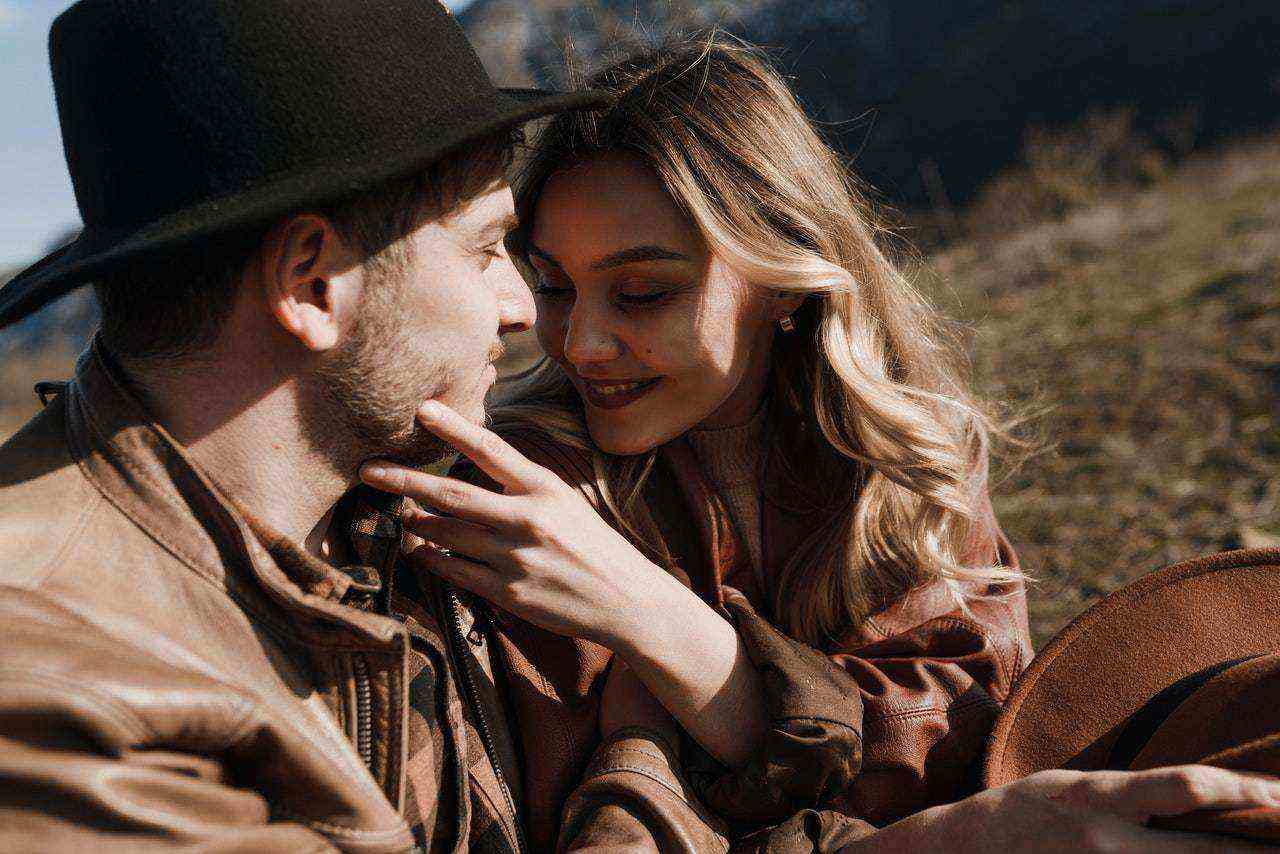 We’ve all had the experience where on meeting someone we admire from afar, we realized that they were nothing close to who we thought they were.

Admiration can quickly turn to detest when a person’s character doesn’t match their looks. This is partly why the phrase “You should never meet your heroes” is popular.

Sometimes the opposite happens: You see someone from afar, and you judge them as undesirable or hostile. But on meeting them, you see that they have a rather calm and charming demeanor.

But why does this happen?

Well, it’s simply because looks can only go so far. When it comes to being a charming person, there’s a lot more that goes into it.

And even if you didn’t win the genetic lottery on looks, chances are, these aspects of your nature make you stand out more than you might think. That said, here are ten reasons why people may find you more attractive than you think.

Studies show that up to 1 in 10 people aged between 18 and 35 rate intelligence as the major drive for their attraction to a potential romantic partner.

In fact, most participants of the study rated intelligence higher than other attractive qualities like physical appearance, kindness, and even a sense of humor.

Seeing people who are intelligent (or good at what they do) will often trigger one of two reactions: Admiration or envy. But in most cases, especially with the opposite sex, it will trigger admiration.

There’s a charm that comes with having a mind of your own. And this is because it is not something people usually have, especially at a young age.

Most people live in the shadows of others most of their lives, always so apprehensive about what friends, relatives, the public, or their parents think of their choices.

Living your life on your terms, making difficult choices, and accepting the consequences means that you’ve attained a level of self-mastery. People love to be around and follow people like this because they give a sense of certainty which we all crave so much.

We like to look up to and imitate such people. Seeing someone just leaving life on their own terms is freeing. This is partly why it’s the fantasy of almost every human to have a passive income, or at least be their own boss.

Interesting read: Are You More Attractive Than You Think?

Most people are afraid to set boundaries because they think it will offend people. But here’s a hard truth:

If someone begins to hate you because you’re trying to establish your boundaries, chances are, they never liked your friendship. They only wanted to be friends because you were convenient for them.

Here’s why having boundaries makes you charming:

Though it may seem that it’s easier to get along with people when you please them, you won’t get any admiration or respect. People who have boundaries show that they are comfortable being themselves.

It shows that you value yourself. And it demonstrates a high level of maturity and strength of character.

As studies have shown, setting boundaries can boost your well-being. And this is because living life on your own terms gives you freedom and a sense of control over your life. And when you’re living your best life, people want to be a part of it.

You’re that person who has so many great things going on for you that you don’t have time to chase or please people because you want them in your life.

Opinions don’t control your life, and as such, you’re free to go out to wherever you like, hang out with whoever you like, not minding people’s approval. And this freedom makes you attract the most real people to your life.

Because you understand who you are, you don’t feel the need to chase relationships or kill yourself to hold on to dead friendships. When things no longer work between you and someone else, you’re not afraid to let go.

You easily say NO, and if you sense that a friendship is becoming toxic, you cut it off.

People who don’t beg others to be in their lives may not have a lot of friends, but they have the most real ones. And you can’t help but just be attracted to their realness and sense of freedom. They are the kind of people that earn genuine respect and admiration.

Read: 8 Signs Someone Doesn’t Find You Attractive Enough to Date You

Humans are drawn to humility. We love to see who have accomplished great things, and have every excuse to flex their egos but decide to maintain a high level of humility. It just blows us away.

This is the beautiful lady who still feels the need to respectfully turn men down when they are making advances on her. Or the rich billionaire who still holds himself accountable to one partner.

It’s also the celebrity who has amassed wealth but doesn’t feel the need to show off to everyone.

Our love for humility is partly why most people are so obsessed with Keanu Reeves. Despite being so famous and wealthy, he still lives like he’s not that different from the average person.

In a world where a little advantage makes people lose control of their ego, those who have been able to subdue their ego will surely stand out.

6. You value your time

People don’t see you through their eyes, they see you through yours. And if you behave like your time is important, that you have great things going on for you, people have no choice but to view you as high value.

Think about that person who rarely has time for gossip or meaningless talk about celebrities and the latest movies.

Though some people may find their composure and self-respect threatening, the majority of people are going to respect and admire that person.

Besides, not having time for petty talk means that you’re going to be less available than most people. And this one factor is going to set you apart immensely. Just make sure that when you do open your mouth to say something, you speak wealth of value.

Interesting: 4 Simple Changes That Will Make You More Attractive

Most people go through a lot before getting to the point of self-acceptance. And this is because the world is constantly trying to change you. This self-help industry is worth over 10$ billion because of this.

You see, we are always thinking we should be better than who we are now. And some self-help gurus make money from so many people by precisely putting in them the fear that where they are now isn’t the place they should be.

And so we are in a constant state of self-rejection, always looking for a new ideal to pursue.

Don’t get this wrong. There’s nothing wrong with seeking improvement. However, if you’re trying to grow from a point of self-rejection, you won’t make it far. Chances are, you’ll approach personal growth from a point of shame, anxiety, fear, and even depression.

Growing from self-acceptance entails something entirely different. It means you’re growing because you know you can be better, not because you hate who you are.

And people who have undergone this self-integration to the point of self-acceptance demonstrate the kind of unshakable self-love that we all are attracted to. This is perhaps why self-acceptance has been shown to improve emotional wellbeing.

They have a more stable sense of self, and they don’t oscillate between ecstasy and depression based on opinions. They love themselves, and you can tell by how secure they feel about who they are.

8. You don’t care about making a splash

Some people love to be in the spotlight. Some are narcissists while some are just regular self-centered people who just like others to look at them. And these people will do anything to get attention.

But there are others, maybe you’ve met them. They are good at what they do, intelligent, and good-looking, but they couldn’t care less about getting attention from people.

Sometimes they may still end up getting attention without even trying, but they couldn’t care less about it. If you’ve come across this kind of person, you’ll know there’s something about them that’s so charming.

Maybe it’s because they don’t rub their strengths or accomplishments on people’s faces. Maybe it’s their humility. If you belong to this group, people most likely love your personality.

Your communication skills determine a lot about you as a person. To a large extent, it will determine the kind of jobs you get or the nature of friends and romantic relationships you end up in.

Every single day, we come across countless people that we have to deal with in one way or another. This is why the way you communicate is a vital part of your identity.

This is a no-brainer. You’ve probably come across several people who, even though they are not that good-looking, can seduce and capture anyone with their great communication skills.

Interesting: 7 Sure Signs A Girl Likes You But Is Hiding It

One of the reasons we like spiritual leaders (or gurus) is how they carry themselves in public. They look like it’s impossible to offend them. They sit relaxed and churn out wisdom like they’ve been outside space for years.

When we see people like this, who carry themselves differently, they get our attention. When in a conversation with them, their aura rubs off on us, and we just find ourselves calm and relaxed too.

Those who have mastered themselves have something rare. They can easily control themselves and come out on top in arguments.

For instance, many of Jordan Peterson’s most popular YouTube videos are moments where he carefully and intelligently gave a good answer to a rather provoking question. And people respect and admire him more because of it.

Though looks never came up at any point in this article, it’s still important. However, the point here is that there are far more important things that determine your attractiveness than looks.

If you have all the looks in the world and miss out on these important things, people will quickly get turned off by you. Besides, you may not have control over your looks, but all the things in this list are totally learnable.