10 Sure Signs He’s Fighting His Feelings For You

By Team Growth LodgeFebruary 12, 2022Dating Dating Tips for Women RelationshipsLeave a Comment on 10 Sure Signs He’s Fighting His Feelings For You 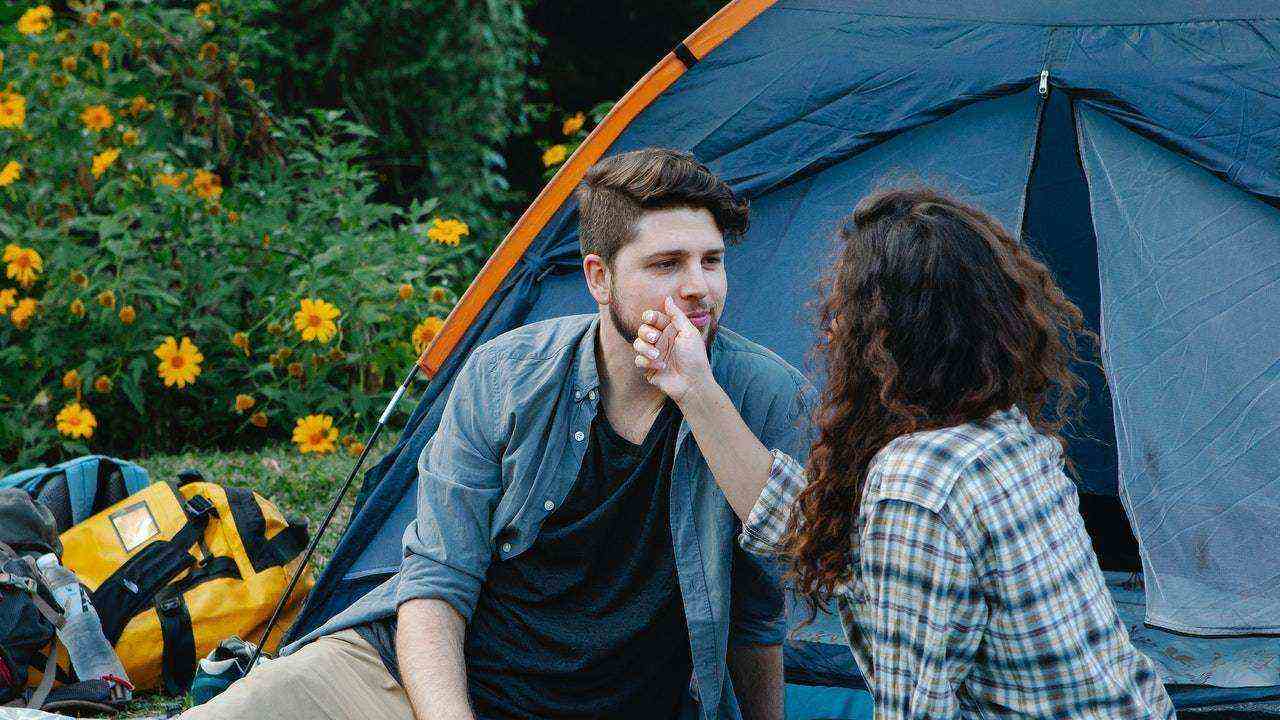 How do you know a guy is fighting his feelings for you?

Sometimes he’s sweet and caring. Other times he tries to appear like he doesn’t care. But you already like him, and now you’re wondering if he just sees you as a friend or if he feels something he’s trying to suppress.

Guys can try to suppress their feelings for a lady for several reasons. First of all, he may still be denying to himself how he truly feels about you. Secondly, he may just be afraid of falling for anyone.

He may have had a bad experience with love and is just afraid of going through it again.

Whatever his reasons may be, a guy who is struggling to cover up his feelings for you will give off some clear signs that he’s conflicted.

When a guy and a girl have chemistry, they know it. There’ll be subtle signs in the way you talk to each other.

Your eye contact is going to carry more tension than usual. You will freely hug and laugh with other friends, but when it comes to this special person, just a simple hug might be prolonged or tenser.

When you both have chemistry but the guy pretends like nothing is happening, there’s a huge chance he’s fighting his feelings for you.

Maybe he doesn’t want to be the one to make the first move. It’s also possible that he just really likes your friendship and is afraid of screwing it up with a wrong move.

2. Jealous, but pretends not to be

One of the major signs that a guy likes you is if he gets jealous when you’re with other guys.

Jealousy is an uncontrollable feeling. And it only comes up when we feel someone else has what we want or think we deserve.

Of course, a guy who is suppressing his feelings for you will not come clean and admit that he’s jealous of a guy you are with.

However, there are two ways to tell:

If a guy who is close to you shows any of these signs, there’s a huge chance he likes you but isn’t willing to admit it to you or himself.

3. His body language betrays him

Our body language precedes our thoughts and intentions. It comes from our subconscious.

For instance, when you hate someone, no matter how you pretend, you’re going to feel tense or irritated by their presence.

When a guy is fighting his feelings for you, you will often find leaks in his body language. For instance, he might love to touch you more than all of his female friends.

Proximity is a good sign of attraction. If the guy always likes to be around you or comes close to you and makes strong eye contact when he’s talking, there’s a huge chance he likes you already.

4. He guards his reputation around you

The more someone likes you, the more they will care about how you perceive them.

Think of your first job interview, or your first date. How did it feel?

Chances are, you put careful thought into everything you wore that day. And after all was said and done, you were still wondering if you made a good impression.

A guy who likes you will do the same. If he pretends that he doesn’t care but is always conscious of how he looks, for instance, making sure his lips look good when he’s talking to you, then he is fighting his feelings for you.

Here’s the thing: If a guy really doesn’t care, you’ll know from how unconcerned he is with how you see him. He will not try to appear nice or intelligent. He will not even give a sh*t whether or not he makes a good impression. He will move on as nothing happened.

Though many ladies find this “I don’t care attitude” attractive, it’s an indication that a guy doesn’t care what you think of him. And he’s not pretending about it.

A guy who is fighting his feelings for you might suddenly oscillate between hotness and coldness for several reasons.

First of all, he’s struggling with himself and his feelings. He may be intentionally trying to make you think he doesn’t care while deep down, he wants to be with you.

Secondly, once in a while he is going to see you with other guys (or your boyfriend) and suddenly gets jealous and short-tempered.

The bottom line is, if you guy is caring to you but suddenly gets cold and then caring again, observe the situation that triggered his coldness.

Does it resonate with you being with others? If it does, chances are, he’s hiding how he truly feels about you.

6. Attempts to impress you

If a guy likes you already, chances are he will be doing some underground work to get you to like him as well. This will reduce the chances of things escalating if he does try to make a move.

Hence, if a guy tries to look good around you, tell cool jokes, or deliberately brings your attention to his big achievements, chances are he wants you to see him.

7. You catch him admiring

This is perhaps one of the biggest signs.

When he quickly looks away when you catch him looking at you, he’s already into you. He’s admiring you from afar, appreciating your beauty but isn’t willing to come to terms that he wants you in his life.

People look at things they like. We want to touch it and get close to it. If a guy is close to you, but you still catch him a couple of times lusting after your beauty from afar, he’s hiding his feelings for you.

8. How his friends act

If a guy likes you, chances are, one or  both of these two already happened:

So how can you use this to your advantage?

Watch how his friends act when you’re together. Do they use you to tease him? If yes, then there’s a huge chance they’re trying to give you more details about how your friend feels about you.

9. Always fired up to engage with you

Desire shows more in action than in words. One of the best signs that someone already likes, whether they admit it or not, is that they want to see more of you.

If a guy jumps at every chance to engage with you, without thinking about the sacrifices involved, he wants you.

For instance, he may offer to help you with assignments, go for morning runs with you, or walk you home after class. He likes your company and cannot get enough of it.

10. Tries to make you jealous

This is a great sign that a guy is hiding his feelings for you.

If you’re not dating a guy, but he goes out of his way to tell you how every girl out there wants to be with him, he’s trying to get you to see the value in him.

For instance, when you’re out, at work, or in class, he might deliberately ignore you and talk to other girls. And you know he’s deliberately ignoring you because he constantly looks your way to check if his tactics are working.

Though many girls will see this as childish, it’s a strong sign that a guy is fighting his feelings or simply wants to torture you for how he feels about you.

Guys trying to suppress how they feel about a girl isn’t uncommon. In fact, the majority of guys go through this stage–for a short period– before they finally accept how they feel.

However, it becomes irritating when the guy drags this stage on for too long. The longer it gets the uglier it becomes, especially when the girl sees it all and expects him to make a move.