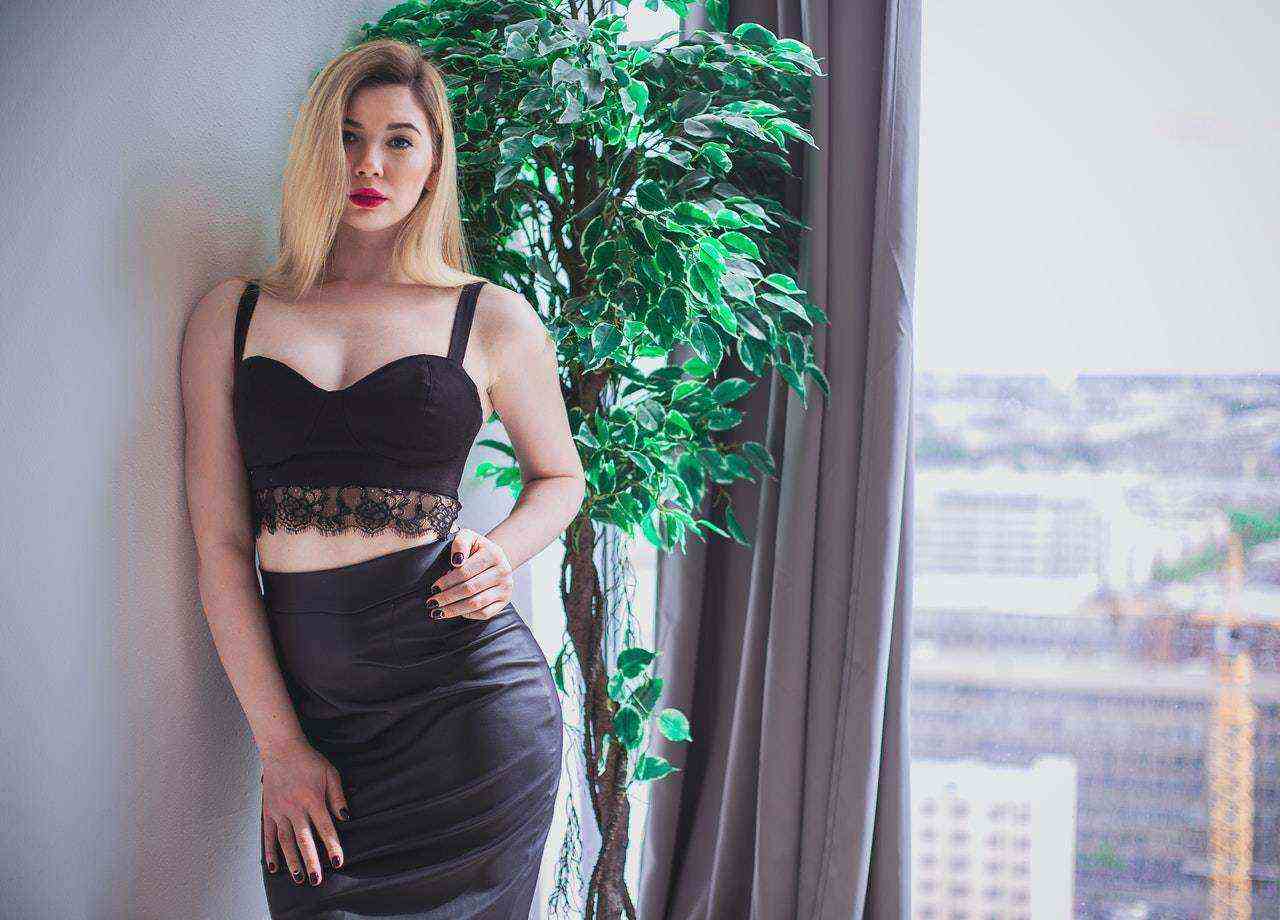 If you’re lucky enough to have a girl showing these signs, then congratulations – you’ve landed yourself a keeper! But be careful though, because if you mistreat her or take her for granted because she’s interested in you, she’ll quickly lose interest.

Women don’t like to be too forward, which is why it’s sometimes difficult for men to tell when a girl wants him. While every woman is different and the signs will vary accordingly, here are fifteen ways women can show they’re interested in you.

1. She subtly gets physical

Girls don’t only touch the people they like as a general rule, but touching is an indication of interest. This could range from simply brushing your arm as she talks to outright grabbing your hand and putting it on her palm (or just holding it).

When a girl puts your hand on her palm, she is showing you she trusts you. It’s a good indication that she’s willing to do special things with you, things we will otherwise not do with just anyone.

Also read: How To Make Your Crush Like You

2. She looks at your lips when talking to you.

Though she may not be thinking of it when she stares at your lips, it is a hard-to-miss sign that she finds you desirable and wants to get intimate.

Bonus tip: If she’s licking her lips, you can pretty much guarantee she wants to kiss you.

3. She moves closer to you when talking.

According to behavioral investigator Vannessa van Edwards, the proximity or distance people keep when talking to you is a good indication of how desirable they find you.

If a girl is interested in you, she’ll find ways of moving slightly closer to your body when speaking with you or even standing near you.

If a girl stands right next to you while speaking, she probably finds you much more interesting than the people around you and wants to get closer. Though this may come off as a little awkward or weird if it’s not something you’re used to girls doing when they talk with you in public, this is a strong sign that she likes you and finds herself attracted to you.

Interesting Read: 7 Psychological Tricks to Make A Girl Obsessed With You

A girl’s dialogue with you is one of the biggest indicators of her interest. If she asks you about your past relationships, what type of girls you like, how long you’ve liked them for, and so on, this is an indication that she wants to become closer with you.

So the next time you’re talking to a girl, pay close attention to what she asks you and how it’s phrased; chances are she’ll ask questions that elicit personal answers. Pay attention to how she responds to your answers too–chances are she’ll show interest when you talk about an ex-girlfriend or the type of girl you like.

5. She shows off her assets

Girls don’t generally try too hard to impress men unless they like them or are trying to make the first move. This is especially the case if she’s wondering why you haven’t shown any interest up until now.

If a girl is interested in you, she will find little ways of showing off her assets and personality to increase your attraction for her. Whether she’s deliberately wearing something that flatters her and shows her curves or telling a joke because she knows you’ll find it funny. Any show of impressiveness is a good sign.

6. She laughs at your jokes

It’s not only the content of your joke that determines whether a girl will laugh at it, but also who you tell it to (and how you tell it).

If a girl is interested in you, she’ll usually laugh more than everyone else when you say something amusing–even if the joke was said in a serious tone. This is because she’s trying to impress you and will do anything she can to get your attention.

7. She touches her hair/neck/waist when talking to you

This is a sign of interest that many girls unconsciously do when they want you to notice them. Girls touch their hair more often when they’re in the company of someone they like, so if she seems to be playing with her locks while talking to you or touching her neck and waist, this means she finds you attractive.

She might also be flirting with you; it all depends on the context and what other methods she uses, but this is a sign of attraction.

8. She stares into your eyes

We look at things that catch our attention.

When a girl likes you, she’ll find opportunities to stare into your eyes. This is because she wants to build intimacy between the two of you. Plus she will also be thinking about how attractive you are while doing so

If a girl is interested in you but doesn’t have the confidence to make eye contact when she talks to you, she will look at your lips instead. This might sometimes be the case because when a girl likes you, she becomes more self-conscious of her looks.

9. She lets you touch her

If a girl doesn’t like you, she’ll make it very clear that she doesn’t want to be touched by you.

Interesting read: How To Make Your Crush Like You

If a girl likes you, she’ll want to be around you more than the other people.

The easiest way for her to achieve this is to find ways of initiating conversation with you. She might either come up to you when she knows you’re alone or try to speak to you when there are other people around so that it appears more natural.

However, even if she initiates a conversation with you every time you talk, don’t automatically assume that she likes you. There are other reasons a girl might initiate a conversation too—such as having something important to ask you or because she’s simply being friendly and wants to get to know everyone in the group.

11. She compliments your looks

If a girl has just met you, she’s probably not going to compliment your looks because it might make her look like she is desperate.

A girl will usually show interest in you over time by finding little ways of complementing the things that are important to you; whether it’s by making an effort with your friends or praising your appearance, any compliment is a positive indication that she likes you.

Related read: How to Make a Woman Desire You Sexually

12. She’s curious about you

A girl who is interested in you will ask about your hobbies, interests, and family because she wants to know more about you.

The conversations that we have with the people we like are naturally deeper than those we have with other people. And this is because we’re trying to find out as much information as possible about them. If a girl likes you, she might take the conversation deeper than usual to find out what you like and don’t like, who your friends are and what other family members do.

Related article: 7 Sure Signs A Girl Likes You But Is Hiding It

When a girl likes you, she’ll usually do whatever is possible to keep him around her for as long as possible.

Part of this is not letting you catch the last train/bus home. Instead, she’ll make plans with you to meet up at another time or invite you over for a meal at her place.

If you make plans with her and she can’t meet up, she will immediately suggest another meet-up time that will be convenient.

Although she might be thinking about sex when doing these things, it’s more likely that she just wants to spend more time with you because she finds you attractive.

If you give someone a nickname, it usually means that they’re extremely close to you–so if a girl is using this form of address when talking to you, it could be a sign that she’s interested.

When a girl uses a nickname with you, it makes her appear more comfortable around you. It insinuates that she trusts you enough and considers you a part of her inner circle. This is because she doesn’t want you to feel uncomfortable around her, so using a nickname is an indirect way of boosting friendliness – especially if the name that she’s given is one of endearment.

Interesting Read: How To Make A Girl Chase You Without Talking (Psychology)

15. She is flirty around you

The tone of voice that a girl uses to communicate with you is a strong indication of how she feels about you. When a girl likes you, her tone of voice becomes softer. She becomes even more feminine around you. She sounds calm and relaxed, like she wants to dissolve into you.

On the other hand, when a girl doesn’t like a guy, she becomes more masculine. She will mostly be harsher or give excuses as to why she can’t have time to meet up–like a busy, masculine man.

Some of the signs listed in this article are more overt than others, but if a girl shows a combination of these feelings when speaking with you then it’s likely that she likes you.

Remember that girls are often nervous around people they like because they don’t want to make things awkward, but if she’s really interested in you then she’ll do everything she can to get you to notice (besides telling you directly).