3 Things The Most Charming Men Do Differently

By Team Growth LodgeAugust 23, 2021Relationships Self-HelpLeave a Comment on 3 Things The Most Charming Men Do Differently 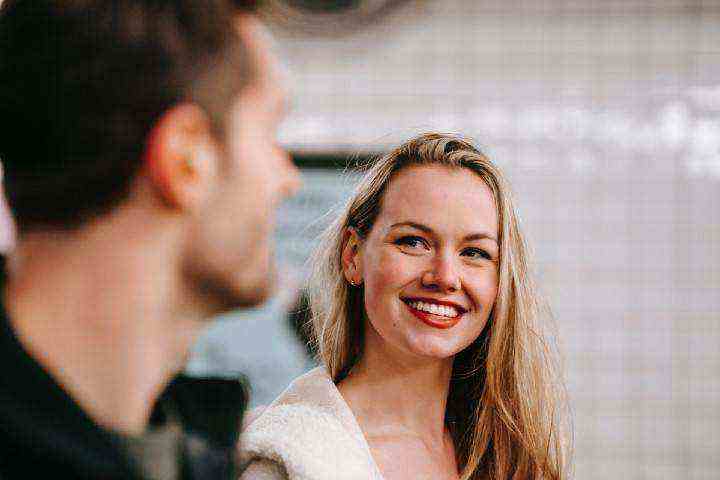 When I got into college, I couldn’t even look any girl in the face.

Don’t get me wrong. I’m good-looking. But this was precisely the reason why I was afraid of eye contact. What if I make eye contact and she comes over?

The thought alone terrified me.

I’ll bring up highly rational explanations as to why my social life is so terrible. My favorite go-to lines were usually, “I don’t have enough money yet. When I do, they’ll notice. I’ll take them all.” Or, “I just need to grow more muscles and read more seduction books.”

But the reality was that I was scared.

I was scared of facing the unknown. I envied all these guys who effortlessly get the best ladies. I thought I could do better than them (at least in my mind).

I thought I had to learn to say the coolest lines and approach a girl with “self-confidence” to be able to get her to notice. But this was a lie that held me back for a long time.

In reality, the guys who get the best girls are not the guys with the best lines. They are just people who know themselves and what they have to offer. This high self-awareness makes them present themselves as high-value, and this is what ladies are attracted to.

That said, here are three important things the most charming men understand.

In 2015, Doctoral student Sean Murphy and Professor Bill von Hippel from UQ’s School of Psychology experimented on attraction on more than 3000 male and female participants.

One of the surprising things they found was that most women found a level of arrogance attractive. Interesting isn’t it? But why?

When most men approach women, they get tensed up because, subconsciously, they’ve already assumed the woman is doing them a favor by entering into a relationship with them. This mindset, as subtle as it may be, can make everything go downhill really fast.

When you think a woman is doing you a favor by dating you, you automatically create the wrong relationship dynamic for yourself — if you get into a relationship with her in the first place.

Here’s what you should do instead:

Change your mindset. When you go into a relationship, believe that you have something valuable to offer and that you’re doing her a favor. Or at worst, you’re both doing each other a favor.

This isn’t about competing against each other about who’s more important. Rather, see this as the foundation for any effective seduction to take place. If you approach a woman feeling like she’s more important than you, it’s going to show in everything you do. And she’s going to pick up the signs in your aura.

Women will only be interested in you when you know yourself. When you act like she’s doing you a favor by dating you, she will most likely not think highly of you. As Robert Green put it in The Art of Seduction,

“Self-esteem is critical in seduction. (Your attitude toward yourself is read by the other person in subtle and unconscious ways.) Low self-esteem repels, confidence and self-sufficiency attract. The less you seem to need other people, the more likely others will be drawn to you.”

2. He understands his worth

It’s a basic law of human psychology that we only value things when we put in some effort to get them. Once it’s free and always available, the value is gone, no matter what it is. This is true in relationships as well.

If you’re always the one investing, then your woman might have no reason to be committed in the relationship. If she doesn’t have to work for anything, she might not take you seriously.

As obvious as it may seem, some men often forget that women have money and they have jobs too. You must find a way to make her invest in you. Whether in a little or big way, it doesn’t matter. For instance, when she comes over, she should be able to get something for you or bring you food once in a while.

Of course, for some ladies, this is going to come naturally. Some women just begin to invest in their man when they see his level of love and commitment. But there are still a lot of women out there who still think it’s their right to get free stuff from men.

Observe most of the men around you (or any of your own relationships) that have a long-term relationship, you’ll realize that their women are investing in the relationships in vital ways.

Apart from the fact that investing in you is a good way to get her to commit, it is also a good indicator that she loves you. If she doesn’t want to sacrifice for you in any way, that’s a huge red flag. It means she can leave you at any slight inconsequential offense because she has nothing to lose.

3. They know how to command respect

A lot of relationships have been ruined because people showed too much love and affection too quickly. No matter how much you love your woman, she won’t respect you if you act like you’ll die if she leaves. Why?

We are attracted to someone who has a full life. People come into your life to share an experience with you. Hence, when you’re too clingy, especially for a man, it just says a lot about the kind of person you are — needy, insecure, suffocating, and fragile.

In a relationship, there have to be deliberate actions to create an experience where the romance and passion don’t dry out. And most times, these actions are going to require you to create obstacles. As Robert Green put it in the Art of Seduction,

“Try to persuade a person by appealing to their consciousness, by saying outright what you want, by showing all your cards, what hope do you have? You are just one more irritation to be tuned out.”

Being a charming man isn’t about saying the perfect pick-up lines. It’s about knowing yourself and what you have to offer. When women see you as someone who is high-value, they want to share that experience with you. Character makes you charming, not words. Two men can tell a woman the same line, but one carries a different meaning. It’s not about what’s been said, it’s about who is saying it.