By Team Growth LodgeOctober 8, 2021Relationships Self-HelpLeave a Comment on 5 Psychological Reasons Women Pull Away From Men 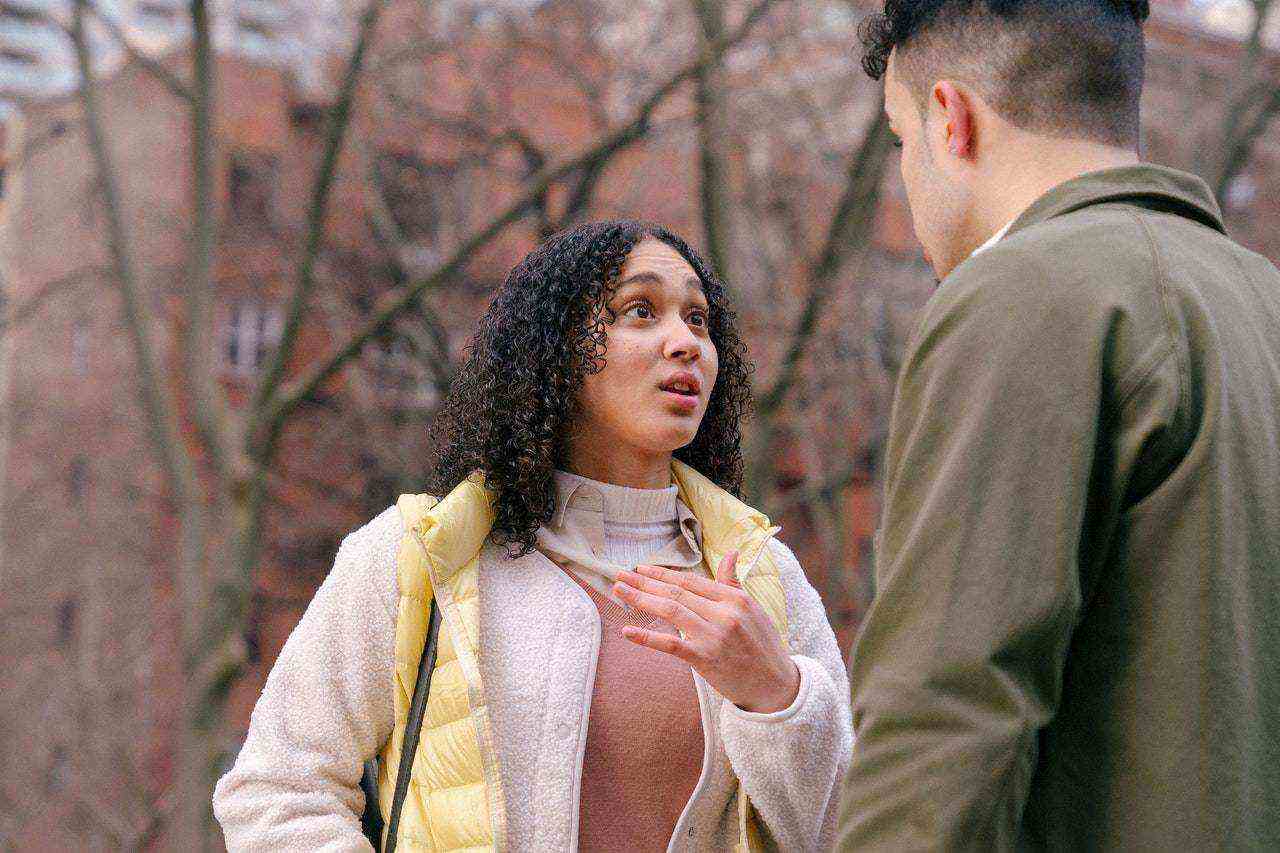 Most men have been in the following scenario:

You just started dating a girl, maybe you’ve been through four to six dates, which, as far as you were concerned, all went great. But suddenly or gradually, you begin to notice you’re not getting as many text messages back, and she’s now suddenly unable to meet up.

One day she’s all over you, replying to your text within seconds, and suddenly, everything drops. She’s pulling away. Your mind runs wild, and you begin to question everything you had together. Did you do something wrong? Maybe you became boring. And because you’re not sure, you’re more frustrated.

Why is she pulling away? Well, there are several reasons a woman begins to pull away from you even though she appeared to be into just a few days ago. Sometimes it’s because a man depends too much on hormones and emotions, making him suffocate his woman. Other times it results from minute, rectifiable mistakes. Here are some of them.

1. Your self-confidence is rooted in her presence

In her mind, she will think, “How can he be so obsessed with me when he doesn’t even know who I am? Doesn’t he have standards?” “We haven’t even known each other for two weeks and I’m all of a sudden his priority, what’s wrong with him?”

Furthermore, as dating and relationship coach Apollonia Ponti put it, “if you are obsessed with a girl too early on in a relationship, it makes her feel like your confidence is rooted in her presence.” And when she has the key to a relationship too early on, then she might lose interest quickly. Why?

It gets boring because she can have you whenever she wants.

A relationship should be built on mutual connection, mystery, curiosity, excitement, and mutual values. We are attracted to people who love themselves, not in a narcissistic way, but in a way that manifests through self-care, high-value, and self prioritization.

Devaluing yourself or your time for her will not make her more attracted to you. When a man is focused on his own goals and objectives and is not afraid to prioritize his own time so that he can get his own things done, it communicates high value, and that’s what makes you attractive.

Interesting Read: How To Make Your Crush Like You

2. When the arc of engagement falls down

Your affection to the person you desire, in most cases, will be at its peak at the beginning of a relationship. And this is because, in the beginning, everything is still exciting. You don’t need any deliberate effort to keep the romance and the fun. There’s still a sense of adventure because there are several things to explore in the relationship. As a relationship coach, Susan Winter explained,

“A woman’s attraction and affection for you rises very quickly, usually in the first four to eight dates. A woman’s arc of excitement and engagement happens right away.”

During this beginning phase, all appears to be good because she engages with you. But as time passes, familiarity begins to set in. And as a result, the things that used to excite you about each other may become obvious and predictable.

Robert Greene put it in The Art of Seduction that “a man grows bored with a woman, no matter how beautiful; he yearns for different pleasures, and adventure,” and vice versa.

It’s hard to imagine that the woman you have so much fun and attachment with will ever pull away from you because she doesn’t find you exciting anymore. But it happens. People don’t stick to relationships out of pity or past experiences. We go into relationships for the experience. And when things become too predictable and boring, we are likely to pull away.

3. She senses your neediness

If you’re always acting in a way that insinuates that you don’t have a life on your own, always smothering and wanting to be with your woman, asking to hang out all the time, you kill any possibility for the smallest mystery between the two of you.

Mystery is exciting. It gives a surge of dopamine. Hence, you don’t want to be spending every waking moment with your partner.

If you just met a woman or you’ve been dating for a while, don’t see them every day. If you are a high-value man and you already have something going on for you, this should be natural. Those who are busy getting things done will have to deliberately work to create quality time for those they love, not bore them with their constant presence and neediness.

This is when you send her a text to which she responded with a couple of words. But you respond with four long paragraphs asking her three different questions. And anytime she tries to tell you through her actions that she just needs some space, you send a longer paragraph about how unfair she’s treating you.

Some men think asking a woman out on a date over and over will make her eventually say yes, but this is far from reality. A girl feels pressured when you continuously ask for a date even when she tells you she’ll get back to you.

Furthermore, if a girl tells you she isn’t ready to date now, don’t quickly jump in and ask her “When will you be ready?” Or, “Please can I be your friend?” It’s too much pressure. Sooner or later, she’ll have no choice but to pull away from you.

Men are very goal-oriented. The chase of a goal is usually more fulfilling for men than attaining the goal itself. But unfortunately, most men bring this attitude to their relationships.

We’ve seen this scenario play out with guys a lot:

Guy tries to attract a girl. Guy gets the girl. But after he gets into a relationship with her, he stops trying as hard. He starts to let go. He stops frequenting the gym. He becomes more sloppy, stops paying attention to detail, and becomes less caring. Why?

Well, he had a goal he needed to accomplish ―which he was very excited about before getting the girl ― but now that he has her and the goal is accomplished, it doesn’t feel that exciting anymore. Now he needs another challenge.

But here’s the thing: A relationship isn’t the same as starting and finishing a project. You can’t get in and quickly get out because you want to keep chasing. With relationships, work continues. Keeping the romance and novelty in a relationship requires more work than getting the girl.

It’s like having a goal to go to the gym and gain a certain amount of muscle mass. You don’t quit the gym because you’ve attained your goal. If you want to keep your shape and muscle mass, you need to maintain or improve on the routine that got you there. It’s the same with relationships.

Work continues. You can’t stop improving your sex life, having date nights, seducing her, or sending flirty text messages. If you do, she will pull away.

Interesting Read: 5 Deep Psychological Strategies to Make Anyone Miss You

No doubt, one of the most confusing and frustrating things for men is when a woman suddenly pulls away.

Women choose men based on how the man can make them feel. When the feeling wears out for any reason, they begin to pull away. Sometimes it’s no one’s fault this happens. A drop in desire can be a consequence of the natural decay that set’s in with time. Other times it’s a consequence of an innocent act you never knew would wreak havoc. Sometimes it can be a result of a loss of affection.

But irrespective of the cause of the break in affection, the point here is that having a good relationship requires a deliberate effort. It cannot be left to hormones or emotions alone. As rule 8 of Jordan Peterson’s Beyond Order reads,

“Plan and work diligently to maintain the romance in your relationship