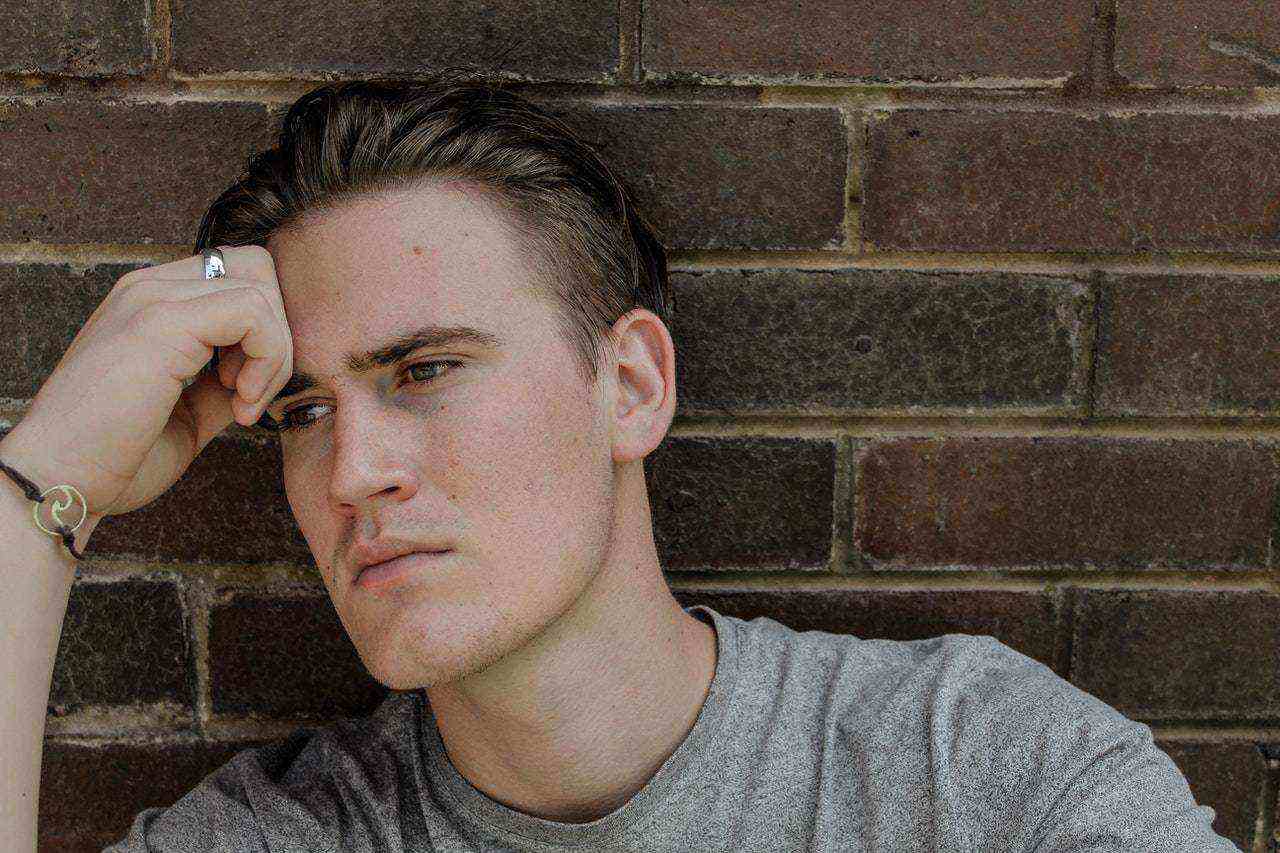 First off, there’s nothing inherently wrong with nice guys. In fact, most men have displayed some nice guy traits at some point in their lives.

However, the problem with nice guys is that they don’t understand that making a woman want you as a friend and making her want you as a romantic partner are totally different things.

They act like friend material and then they get frustrated when the girl puts them in the friend zone. Basically, nice guys are always shooting themselves in the foot when it comes to dealing with women, and here are the six most frequent mistakes they make.

Nice guys try way too hard to impress the girl they like. They feel the urge to do whatever it takes to get approval because they doubt the girl will like them for their authentic selves.

Nice guys will tend to boast about their income, compliment the girl even when they don’t deserve it, cancel plans with friends to meet her, pay for her stuff all the time, suppress their likes and dislikes to fit what the girl wants to keep her happy, the list goes on.

But here’s the problem: Nice guys think doing all these things will impress women, but they also don’t see how needy these behaviors make them look. They forget that such approval-seeking behaviors are the main things that turn ladies off.

Here’s the thing: Girls are instantly repelled by guys who try too hard to impress them. Why?

Well, firstly, it communicates to them that you feel you’re not really worthy of them. They interpret your needy behavior as a lack of confidence and low self-esteem.

Secondly, most girls are already tired of being treated too nicely. It gets boring.

If a girl is attractive, chances are, she already has dozens of guys around her trying to please her all the time. She’s already used to guys sending her flowers, telling her how beautiful she is, and buying her free stuff.

Hence, if another guy (you) comes along doing these same things to impress her, you’re just going to become one of the numerous. She’ll get bored of him.

When you’re interested in a girl, instead of trying to impress a girl, put forward your personality as it is. Let the chips fall wherever they may. You don’t have to go overboard to please her. Do what comes naturally to you.

This isn’t something you fake. You have to be self-sufficient to do it.

Even though movies and tv shows romanticize chasing women and doing all sorts of amazing things for them before the woman finally falls, that’s not how it is in reality.

Guys who really do well with women don’t try to impress them. They just express themselves in the most authentic way. They do what comes naturally to them and let the chips fall where they may. And this is highly effective because it communicates high value and self-confidence.

2. They are overly impressed by beauty

Men are wired to be impressed by what they see.

They get impressed to the point where they treat the girl like she’s the most perfect thing being on earth. In their minds, they feel there can be nothing wrong with the girl.

They feel the girl is “the one” for them, and there can be none like her. It’s this fantasizing that makes nice guys extremely needy and desperate towards any girl they like. It’s what compels them to act in ways that will eventually lead to rejection.

To avoid this flaw, you must understand one thing: No matter how beautiful a girl is, whether she’s a famous Instagram model or a perfect-bodied celebrity, she’s not perfect.

Sooner or later, you’re going to have to deal with her flaws too.

She’s not some magical unicorn with breasts. There’s no way you can possibly know she’s the one or even an ideal match for you until you’ve interacted with her and understood who she really is as an individual.

In a nutshell, you must have well-defined standards, something that goes beyond just surface beauty and body dimensions.

3. Why women want you to have boundaries

“Nice guys” don’t have a sense of what’s acceptable and what’s not. They’ll go along with anything.

If a girl talks to them disrespectfully, they are okay with it. If she makes fun of their passions and hobbies, it’s cool. Insult their friends and they’ll do nothing.

If a girl cancels on them at the last minute, they are okay with it. They act like doormats that people can walk all over.

Nice guys have an intense fear of breaking rapport and being rejected that they hardly ever assert their opinions and thoughts.

The major problem with nice guys is that they don’t see not having boundaries as off-putting. In fact, they think they are good people because they let everyone have their way around them. They’ve so suppressed themselves for so long that they now have no idea of what it means to be mistreated.

No woman wants to be with a guy who doesn’t have boundaries. You may think letting her have her way will let her like you more, but it doesn’t. A woman wants you to take a stand when she treats you unfairly. That’s how they know you’re high-value.

Besides, if you can’t take a stand for yourself, how will you take a stand for her if someone treats her poorly? In other words, having strong boundaries informs a lady that she’ll be safe and protected when she’s with you.

Most “nice guys” do nice things for or in front of the girls they like usually because they want something in return. In exchange for all the nice and impressive things they do, they want the girl to like them in return, and maybe have sex with them. But their wish of being liked never gets fulfilled. Why?

First of all, it takes more than just being nice to trigger feelings of attraction from a woman. Hollywood might make you think that being extremely nice to a girl will magically make the girl fall in love with you, but it’s completely misleading. In real life, that almost never happens.

Secondly, most girls can sense when a guy has a hidden agenda for being nice. Girls can instinctively sense when a guy is doing nice things just because he wants to date or have sex with them. And they find it off-putting because it’s transactional.

Trigger feelings of attraction with any girl by interacting with her. Then make your move by asking her out, getting her phone number, or taking her to your place. Don’t try to do nice friend things for her beforehand with the hope that it will increase your chances with her.

This is a conversational mistake every nice guy makes, and it’s also the reason why they have a hard time having a fun time talking to women.

To censor means to continuously filter, suppress or remove words or sentences in your head before you let them out in conversations.

Here’s the thing: Most guys place a filter on their brains when talking to girls. They don’t dare to say what’s really on their minds because they are constantly checking to see whether what they have to say is witty or funny enough. Why?

Their fear of being judged negatively makes them too attached to the outcome of their interaction with the girl. As a result of this high apprehensiveness, they find it impossible to lead a conversation because they won’t have much to say.

You can’t be in your head all the time trying to figure out the best thing to say for the moment. If you do this, you won’t be able to take the lead in the conversation.

Drop the filter when talking to women. This is what guys who are good conversationalists do. They say what feels right at the moment. They don’t judge or overanalyze it because their goal isn’t to say the most perfect thing.

Sometimes they might say something lame or inappropriate. But the key here is that they are not judging their conversational skills all the time as nice guys do. And as a result, their carefree nature easily compensates for their mistakes.

Even though nice guys want to be with a girl more than anything, they don’t act on it. They don’t do what’s necessary to get the girl they like.

Instead of confronting her, they just act nice and polite, hoping that someday, the girl will magically fall in love and maybe make the move on them. They expect that happy Hollywood ending that doesn’t exist in real life. And they do this to themselves for one reason:

The fear of rejection.

And this fear stems from a lack of self-confidence. They know they want her, but they don’t believe they can get her to be theirs, so they just stick around and do nice stuff for her while also getting jealous of the guys who act.

Most guys stop being “the nice guy” as a result of lessons they learn from past experiences with women.

And most people are still “nice guys” because they still don’t know that they are being nice “nice guys”. They think they are just good people.

But just being good doesn’t get the woman. It goes beyond just niceness.

If you spot any of these traits, simply use them to improve yourself.