6 Mistakes That Are Keeping You Single

By Team Growth LodgeOctober 15, 2021Relationships Self-Help1 Comment on 6 Mistakes That Are Keeping You Single 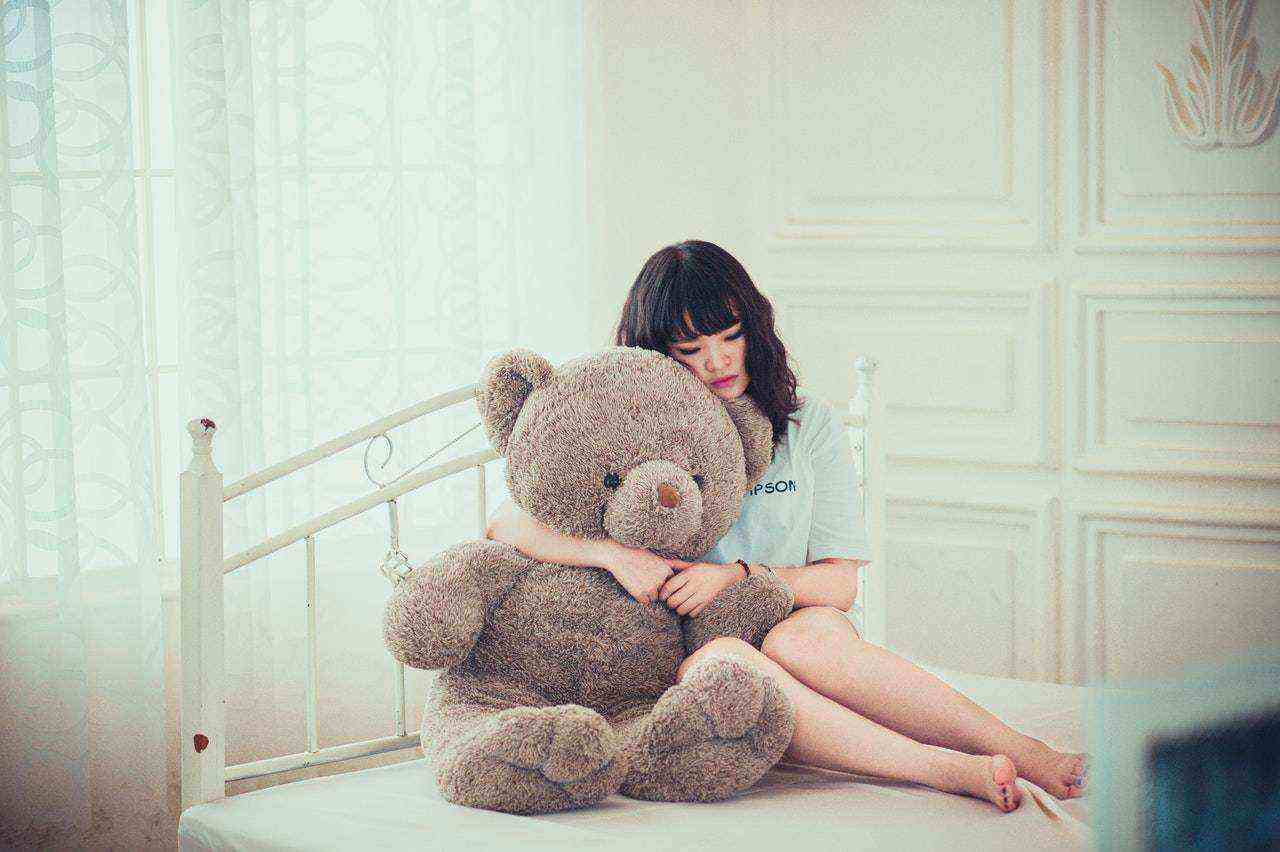 First of all, this article isn’t a jab at every single person out there. There are many people who chose to not be in a relationship for good reasons.

It’s okay if you’d rather be happy by yourself than be miserable with someone else who you think isn’t worth your time and emotional investment.

However, there’s another group of people that are not single by choice.

They want to be in a relationship, but for some reasons, which they are often not aware of, things never work out. If this is you, some of the things in this list might resonate with you.

“Every woman thinks she knows her husband,” said Shanda Sumpter, discussing how she met her husband, “but the problem is, she’s never met him yet.”

One of the major reasons most people remain single longer than they want is because their expectations are unrealistic.

Though they haven’t met their ideal in person, they already have them carved out in their minds. Maybe you have one of those checklists that looks like this: He or she has to be…

Sure, everyone should have a standard. But if your list is too extensive and specific, you might be setting yourself up for disappointment.

When it comes to getting a life partner, lists are problematic.

What if a woman’s dream man is a guy who is humble, sexy, confident, adores me and thinks I’m the most beautiful woman in the world, is loyal and committed but still makes me desire him by sometimes ignoring me.

He loves to travel, is funny, generous, and romantic, etc. You get the point.

Can anyone come close to living up to these standards? As Shanda narrated, on her first date with her now-husband, she already sized him up as not worthy of being her husband. But as she said,

“Because I had no expectations anymore of landing my husband… I could just stop and be with the human being in front of me. And by the time we were done with dinner, I felt this heart connection, and I was like wao! We have the same value system, I think this might be my husband.”

Maybe the problem is that we’re constantly inundated with ideas of perfection. But what we fail to see in our daily social media intake is the cucks and imperfections that each individual has that make us all unique.

Quit using arbitrary checklists. Learn to meet and engage with people for the sake of expanding your horizons.

Test yourself by engaging with people who you wouldn’t have before for the purpose of learning from and engaging someone new. As Shanda Sunter concluded,

“You have to give a man a chance to get into your life… Do not believe the list that your ego has created.”

Also read: How to Be A Better Lover

If you have low self-esteem, you’re going to find it difficult to believe that you’re worthy of love.

Because you see the world through a lens of low self-worth, you’re likely to interpret people’s dísplay of desire towards you as shady and manipulative.

“Some people want a fulfilling relationship more than anything, but they believe even more firmly that no one worthwhile would be interested in them. Our lack of confidence gives off signals of not being open, creating a catch 22 in the realm of dating.”

Most of the off-putting behaviors that occur in dating are rooted in low self-esteem.

For instance, a needy man is less likely to get a long-term commitment from any woman.

A woman who is afraid to look around and make eye contact with those who are in the room with her will have a hard time noticing if someone is attracted to her.

When you’re insecure, you’re less motivated to take deliberate steps towards getting the attention of those you’re attracted to.

As Dr. Lisa put it, women who have low self-esteem are reluctant to look around the room for someone they may be attracted to. And eye contact is usually the starting point of any form of attraction in a social setting.

Most people are eager to get into a relationship because, to them, it’s a need they must meet. And if you need to be in a relationship, it’s probably a sign that you shouldn’t. Why?

A relationship is not a way for you to complete yourself. And as much as there’s nothing wrong with being honest with yourself about what you want, looking at every encounter as a potential relationship will not only make you come off as desperate it will also make you impatient.

Whenever you meet someone who is not up to your standard for a potential partner, you’ll attend to them shabbily. But as Grace Lee said,

“Dating is not about getting what you want, dating is about opening yourself up to new people, learning about yourself, if you’re compatible.”

Stop evaluating people based on their ability to check off the items on your list. People who are desperate for a relationship are easy to notice. Their body language shows it.

Their impatience and disappointment whenever you tell them something about yourself that they don’t like will create several uncomfortable moments. And this will only end the relationship before it even begins.

Interesting: How to Be Happily Single

Desperation can cause us to have vague standards. Just as having a view of the perfect relationship in mind can ruin your chances at dating, being too desperate can also make a date without standards.

Indeed, it’s a good thing to keep an open mind about the kind of relationship you want. But this doesn’t mean you have to date every single match on Tinder. As dating and relationship coach, Renee Slansky said,

Think about what you want while still keeping an open mind. This will help you narrow your dating pool to people who match you best. It takes more than just logging on to Tinder to be successful at online dating. If you’re not putting in the effort, you could be sabotaging yourself.

So many people have created dating profiles online only to cancel them in a short while simply because they had terrible experiences. And the major reason for these sorts of experiences is because most people don’t really know what they are looking for.

5. Dating has become a chore

If you’re not having fun with dating, you’ll have a tough time attracting anyone.

Because some people go into dating, desperate for a committed partner, they easily get frustrated when they are not achieving their goal early enough.

As a result, rather than enjoying themselves when they go out on dates, they become overly serious, robotic, and boring. And as Dr. Iyabo Webzell explained,

“When dating becomes a chore, you don’t enjoy it, but you also don’t want to stop because you really need a relationship. And you know you can’t get into one if you don’t go on dates.”

But here’s the thing: If dating has become a drag for you, where you have to force yourself out every other evening, thinking about how much time and energy you waste in dressing up, it’s going to come off in your style of dating. You’re going to ask robotic questions. You’ll look bored.

If dating has become frustrating and overwhelming for you, you should take some time off and deliberately examine what you’re doing.

The thing is, when we become too desperate for a relationship, we begin to attend to it from a position of fear and insecurity. This makes us go to many dates, thinking the more dates we go to, the higher our chances of finding the right person. But this, of course, will only overwhelm us.

Make a conscious effort to go on dates to have a good time with someone. Reduce the number of dates you go to so that you’ll have the energy and be emotionally and mentally available to those you decide to go out with.

When we have a sense of purpose in life, when we have goals and dreams that we are passionate about, it gives us a sense of meaning and inner happiness. As Renee Slansky put it,

“The bottom line is, no one else can complete us, and they certainly can’t be the sole basis for our happiness… Sure, a good relationship will contribute to your inner joy, but it shouldn’t be the sole reason for your happiness.”

Even the best people will have aspects to their nature that will disappoint us sometimes.

Even if he or she appears to be your dream guy or girl, they are still going to have down moments. And besides the pressure you put on people when you depend on them to feel good, it’s not a good idea to make others complete you as a human being.

If you don’t have one yet, find out what your dreams, your goals, and aspirations are. Do something that gives you a sense of meaning and makes you feel like you’re achieving something in life.

Often, especially when we become desperate, we think that to find love, we have to do whatever we can to uncover that one person that will match our ideal guy or girl. But when it comes to seduction, doing too much always does more harm than good.

Desperation cannot be hidden. Our body language, the kind of question we ask, our microexpressions expose us before we know it. Hence, if you’re guilty of any of the points in this list, take a step back and reexamine yourself.

Don’t shoot yourself in the foot before you get a chance of having a great relationship. To recap, here are the six reasons you might still be single, despite your good looks:

Featured image by  Racool_studio via freepik