By Team Growth LodgeApril 6, 2022Dating Tips for Women RelationshipsLeave a Comment on 6 Practical Steps to Make a Man Fall Deeply In Love With You 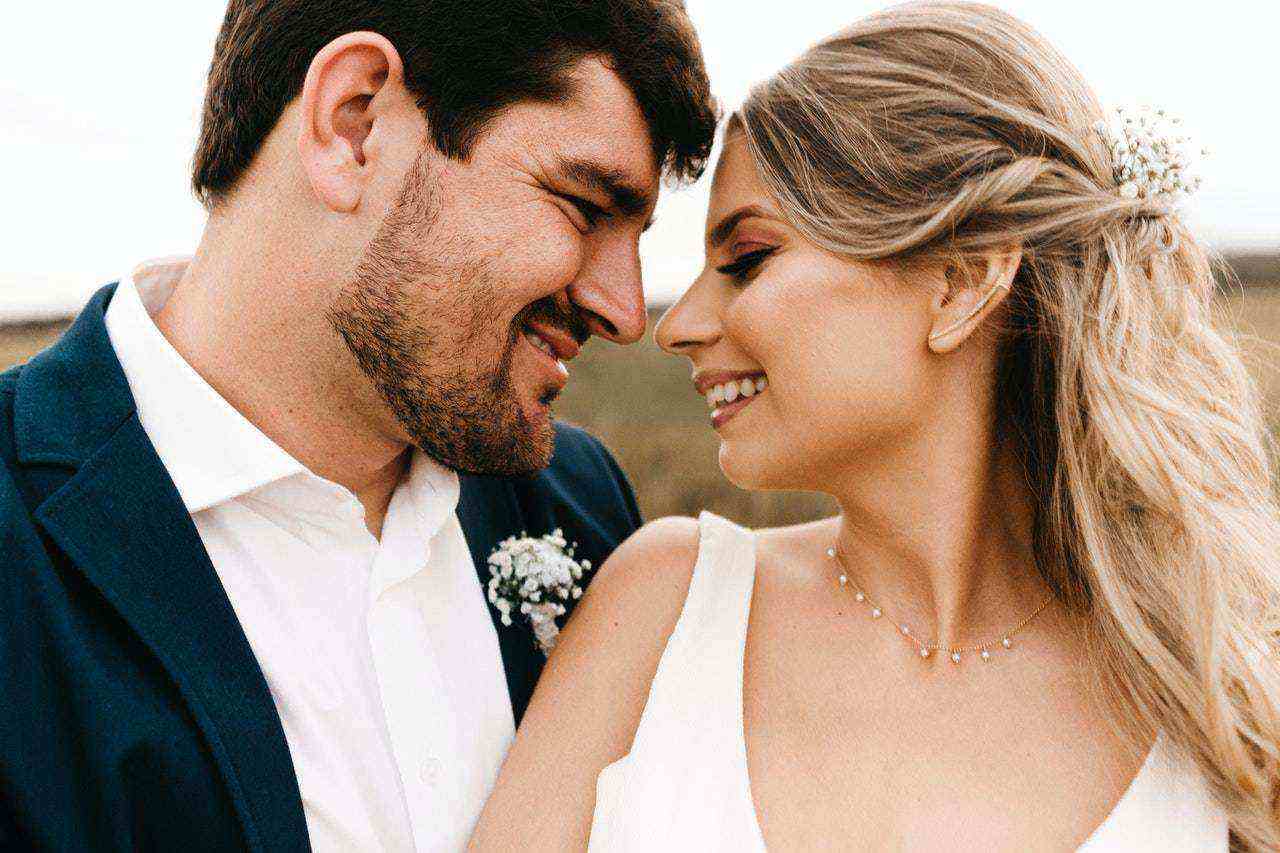 Unlike men, the majority of women will not go directly to a man and tell him “I like you.”

And though this reduces social anxiety and the risk of social rejection for women, it can become a huge downside when they need to get the attention of a guy they like – especially if the guy isn’t paying attention.

Hence, making a man fall in love with you requires you to master the indirect approach. You have to do subtle things that will set you apart to him, without you having openly tell him you want him.

That said, here are practical strategies you can use to make a man fall deeply in love with you. We’ll discuss the strategies in two parts.

Part 1: The Trick That Will Provoke His Interest

Whether you’re a man or a woman, being too direct with someone you want to seduce rarely works. Why?

The process of building anticipation is what makes seduction effective. No wonder Robert Greene wrote in The Art of Seduction,

Here’s the thing: We all like being seduced. We like the indirect play that builds up anticipation. We like the suspense and the wonder. We like to feel that we earned the desire of the person seducing us.

If the man you’re interested in is already an acquaintance of yours, approach him from the side, subtly giving him clues that you find him desirable.

If you’re good-looking, he has probably thought about you as a potential romantic partner at some point. Use that to your advantage. Turn that subtle initial attraction into something more real.

According to studies, most men often fall for the sexual over perception bias. And this means that they tend to overestimate a woman’s sexual attraction towards them. But women tend to underestimate.

Use this to your advantage.

Before you let him know how you feel about him, you can easily use non-verbal cues like smiling, holding eye contact, laughing at his Jokes, and touching him on the arm to make him look at you in a different light.

What if you’re interested in a man you’re not close to?

In this case, it’s even more important to not be direct in your approach. Instead, make him feel he is the one taking the lead.

Intentionally position yourself in places where he can easily see you and come say hi. This way, you’ll be able to get his attention and make him come to you.

Furthermore, you can get close to his friends. This way, you’ll give him chances to see or admire you up close, and also get a chance to interact with him.

The key here is to provide opportunities for engagement while at the same time, never seeming like you’re the one making the moves.

And when you start getting close, be careful not to get carried away and give too much too soon. Keep your cool and reveal yourself bit by bit. Make him curious about the kind of person you are, and he’ll want to know more.

The power of mystery

One of the reasons we like celebrities is that there’s usually an air of mystery surrounding them.

First of all, whether they are actors or pop stars, they take on diverse roles on screen. For instance, you might see your favorite celebrity playing the baddy in one video, and then the gentle saint in another.

In other words, they have different sides that appeal to their diverse audience. And since no one can place their hands on their true nature, they remain mysterious to us.

Celebrities also know this. This is why they’ll sometimes let rumors circulate about them being in different cults or doing something unbelievable.

They’ll also dress in unexpected ways to award shows and events, always keeping the public on their toes, wondering what they’ll do next. This is the power of mystery. It makes people think of you.

But how do you use this to your advantage?

That said, there are also other ways you can intentionally create an aura of mystery around you. And one of the best ways to do this is by being different (in a good way). Let him see your uniqueness whenever you’re around him.

For instance, if you’re always around people who talk too much, be the one that stands out. When you walk, carry yourself in a way that speaks dignity and maturity. These sort of little details will make him curious about you.

But while you’re trying to stand out to him, be careful not to make it too obvious that you’re working hard to impress him.

Make him want you for himself

As Robert Greene wrote in The Art of Seduction,

“Desire is both imitative (we like what others like) and competitive (we want to take away from others what they have).”

This is why most people will want to have their ex back when they see that they moved on with someone better.

It’s also partly why we like celebrities so much. When we see that others are attracted to someone, we either want to imitate that desire or take the object of desire for ourselves. And you can use this aspect of human nature to your advantage.

Here’s how to do it.

The goal is to make it seem like people find you desirable (especially the opposite sex). This shouldn’t be that hard, especially if you’re already good-looking.

Simply put an extra effort into appearing more good-looking and fun to be with. When he sees that other guys also wish they could have you, he’ll instinctively see you as a price he’ll want to have for himself.

Part 2: Making Him Fall In Love

The steps you’ve taken so far will get a man to notice you, and if he’s interested, he’ll make his move and ask you out on a date. But that’s just the beginning.

Making a man fall in love with you happens after that initial contact. So what do you do from here to make him fall in love?

1. Build a connection with him

Just like women need to feel safe with a man to let him in, men also have that need. They want to be able to let go and be vulnerable around you.

Hence, if you want a man to fall in love with you, start by creating that safe space for him. Let him know he can trust you. Learn to hold space and listen when he has something emotional to share with you.

Okay, “Isn’t it a man’s responsibility to make himself feel masculine?” You might ask.

Indeed, it is man’s responsibility. However, there’s a lot a woman can do to make a man have that sense of leadership and dominance that makes him feel like a man.

Don’t get me wrong, everyone loves and deserves to be respected. But the point here is this: In the end, a man is going to love and feel more attracted to the woman who supports and respects him as a man.

Men, by nature, want to lead and dominate. And a woman who helps make this aspect of his nature more alive, who respects, supports, and believes in his dreams, will have a special place in his heart.

3. The power of appreciation

In another research, he also found that great relationships had a 5:1 ratio of positive to negative interaction. And simply appreciating your partner is one of the best ways to get those positive interactions.

Hence, always making him know that you appreciate the things he does is far more important than you might think. And, of course, the same goes for the man.

There’s a remarkable feeling we all get when we feel that someone completely accepts us.

Think back to a moment when you shared a flaw with someone and they embraced you afterward. It’s one of the best feelings ever. As the saying goes,

“The one who is meant for you encourages you to be your best, but still loves and accepts you at your worst.”

Everyone has insecurities, and to have someone accept you completely just feels so liberating. This is a very vital step in making anyone fall in love with you.

5. Show him how much you believe in him

If you’ve been following, most of the points in this article are aimed at giving a man something special, something that he won’t easily get anywhere.

And one of these special gifts is someone that believes in him. Never underestimate the power of letting a man know that you believe in him.

Though most men appear as if they have it all figured out on the surface, there’s often a lot of doubt underneath that perfect exterior. And having someone to tell him, “You got this, I believe you can do it,” is so amazing.

Everything we’ve talked about so far has to do with being together, connecting, supporting, etc. But this list will not be complete without this last element.

A woman who is living her purpose is attractive. And this is the case for several reasons.

First of all, having something important you’re passionate about means that your life isn’t going to revolve around your relationship.

Secondly, having something you’re good at just makes you more attractive. As a relationship therapist, Esther Perel explained in her TED talk, most couples have confessed to her that they find their partners most attractive when they are in their element.

Desire needs space to grow. If you want a man to fall in love with you, spend quality time with him, but also have something to go to when you’re away. And when you’re apart, his love for you will only get intensified.

Most women make a man fall in love with them without even trying. And this is because they truly love the man they want to attract.

When you love someone, you’ll support them, listen to them, and make them feel safe and respected. And these are the sort of things you need to do to make a man feel special and loved. And this will in turn make him fall deeply in love with you.