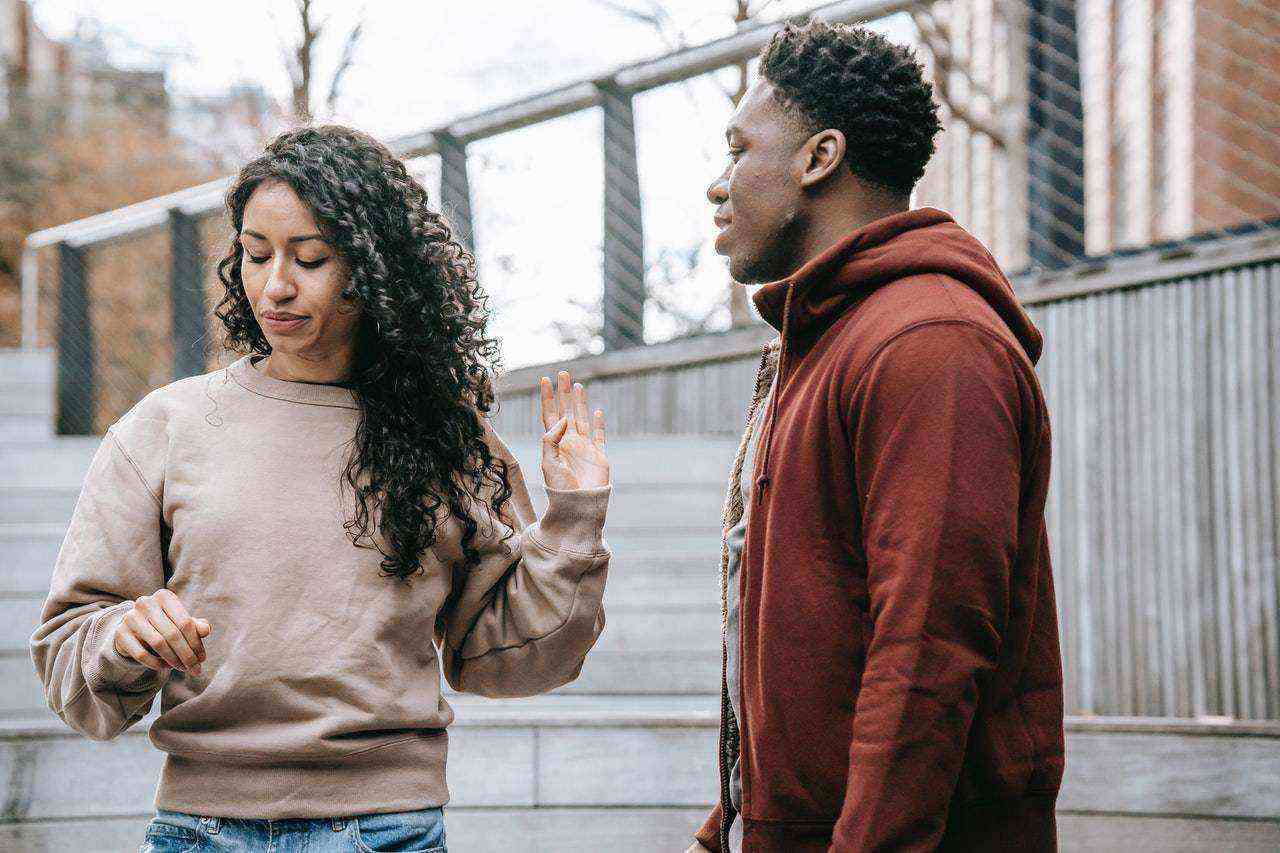 Women base much of their judgment of you on how you make them feel.

It takes time for a woman to let her guard down and open up to you. It takes time for natural chemistry to build and strengthen, without which a woman will never agree to date you or do anything sexual with you.

However, most men don’t understand what it takes to build chemistry with women. Caught in their intense emotions and fantasies, they become eager, wanting to please and impress. And in their quest to quickly get a woman to like them, most men have made some of these mistakes at one point or the other.

The trait that shouts insecurity

Bragging is a clear sign of insecurity. It shows that you don’t feel good enough about yourself, so you talk about your income, your car, and your achievements to make others validate you.

Many guys brag hoping that girls will be impressed by what they brag about, but the truth is, it never works. In fact, in ten out of ten situations, bragging will make a girl lose attraction and respect for you almost instantly.

Don’t get this wrong, there’s nothing wrong with talking about your achievements. It’s nice to know that somebody has done something good with themselves. In fact, if done properly, under the right conditions, it can be a great way to make women see you as a high-value man.

But how do you do it right?

Talk about your achievements proudly only when it comes up in conversations. If a girl asks you about your fancy car, your amazing job, or anything you’re good at, by all means, answer with pride. But forcing it into a conversation is a clear attempt to elevate your status in her eyes.

How questioning can easily go wrong

Questions are an important part of conversations. You should ask questions because they help keep a conversation going. But similar to teasing and over complimenting, you don’t want to overdo it.

Conversations are supposed to be a two-way thing between you and the girl you are talking to. You can ask questions, but share stuff about yourself. After she says something about a question you just asked, share your opinions, ideas, or stories as well.

There has to be a balance. If you just ask her questions upon questions, your conversation will feel like a job interview. When you just meet a girl, it’s ideal that you do a lot more sharing than asking. Why?

You’re still an unfamiliar presence to her. She’s not comfortable yet talking to you because she doesn’t understand who you are. Hence, you have to take the initiative and talk more.

Once she answers your question, don’t wait for her to ask you about something similar. If she doesn’t, just share information about yourself concerning the question you asked her.

As she knows more about you, she’s going to start to relax and open up more. The opposite of this will happen if you only bombard her with questions.

Compliments are great. Every girl likes being complimented. Guys like them too, and there’s nothing wrong with giving some a genuine compliment from time to time.

But when you start over-complimenting someone, it doesn’t just become unattractive, it also becomes annoying.

Here’s the thing: Over Complimenting a girl signals to her that you’re desperate to make her like you. Secondly, it is also fake, like you’re pretending to like a lot of things about her to get something from her. And this is a huge turn-off for women.

Hence, the golden rule to remember is this: Compliment a woman only when it’s genuine. When you like something about her, let her know and move on with the conversation. Don’t expect or demand any reaction from her.

Casually let her know what you like and what you don’t like. If you can make your compliment specific, it’s even more powerful. For instance, instead of just saying, “You looked beautiful tonight.” say “That dress you wore today was a really good choice, it looked amazing on you.”

Specific compliments are more honest, and they leave a greater impact on people.

A subtle but highly significant flow most guys have

If you let anyone you’re talking to freely interrupt you, it sends a bad message. It shows a woman that you’re a pushover, and gradually, she’s going to lose respect for you.

Sure, it’s natural to get interrupted in conversations from time to time. This is inevitable. However, what’s important is how you handle these interruptions when they occur.

If a girl interrupts you while you’re saying something, do you stop and conceive the flaw, or do you finish your point and just let it go like it doesn’t matter? In the short term, your answer to this question might seem inconsequential. But in the long run, it will determine, to a large extent, her level of respect for you.

In conclusion, when a girl interrupts you in conversations, finish your sentence, then address the interruption. It’s a small change, but it’s going to make a big difference in how she perceives you.

Pulling down competition the wrong way

When the hit is on and you feel jealous of someone else, you might think the best way to elevate your status at the moment is to quickly put the other guy down, but it clearly shows that you’re threatened by the other guy.

You display fragility and insecurity.

You’re talking to a girl you like, and the girl looks at or talks about another guy (or a celebrity crush), and immediately, you feel threatened. And as a result, you’re motivated to pull the other guy down. Off comments like “Yeah… He’s good-looking, but he has no sense of fashion. Look at his shirt, it’s ridiculous,” might even surface from some guys.

When a guy does this, he’s trying to disqualify someone he thinks is his competition. And while this may feel like a good strategy to make her have her eyes for you alone, it’s not.

Instead of pulling the other guy down, compliment him too. Or, at worst, just stay quiet. This shows her you’re not threatened by any competition, which communicates solid self-esteem and high value.

Many guys think that being an alpha male means being stoically unimpressed by anything. They assume carrying a strong face, showing emotions, and not being impressed by anyone is cool.

Here’s the thing: While you may have seen some TV characters like James Bond pull off this demeanor and impress girls with it, the truth is, it doesn’t make you look alpha or cool in any way.

It is a huge misconception and it makes you very boring to be around.

In the real world, girls love guys who are expressive, who show emotions with their voices and facial expressions. This is what makes a cool and charismatic guy — fun to hang out with.

Using a stoic, stone-cold demeanor to impress girls only happens in the movies, not in real life.

A lot of dating advice online emphasizes the useful impact of teasing, and edginess in building attraction. And it works. In fact, it’s fun when done in moderation.

But one thing about teasing is that it can easily be overdone.

When guys become too teasy and confrontational, challenging their women too much, teasing loses its power. What was once exciting becomes annoying, boring, and predictable.

Just like in everything in life, teasing is only great when done in moderation.

One of the most important things to remember in dealing with women is not to be desperate. Once you’re desperate, it becomes easy to make these mistakes without even realizing it. A calm and secure man, on the other hand, is naturally strategic. If you’ve made any of these mistakes, cut them out and your interaction with women will be much better.