7 Major Reasons Why Men Lie to Women, According to Psychologists

By Team Growth LodgeMarch 22, 2022Dating RelationshipsLeave a Comment on 7 Major Reasons Why Men Lie to Women, According to Psychologists 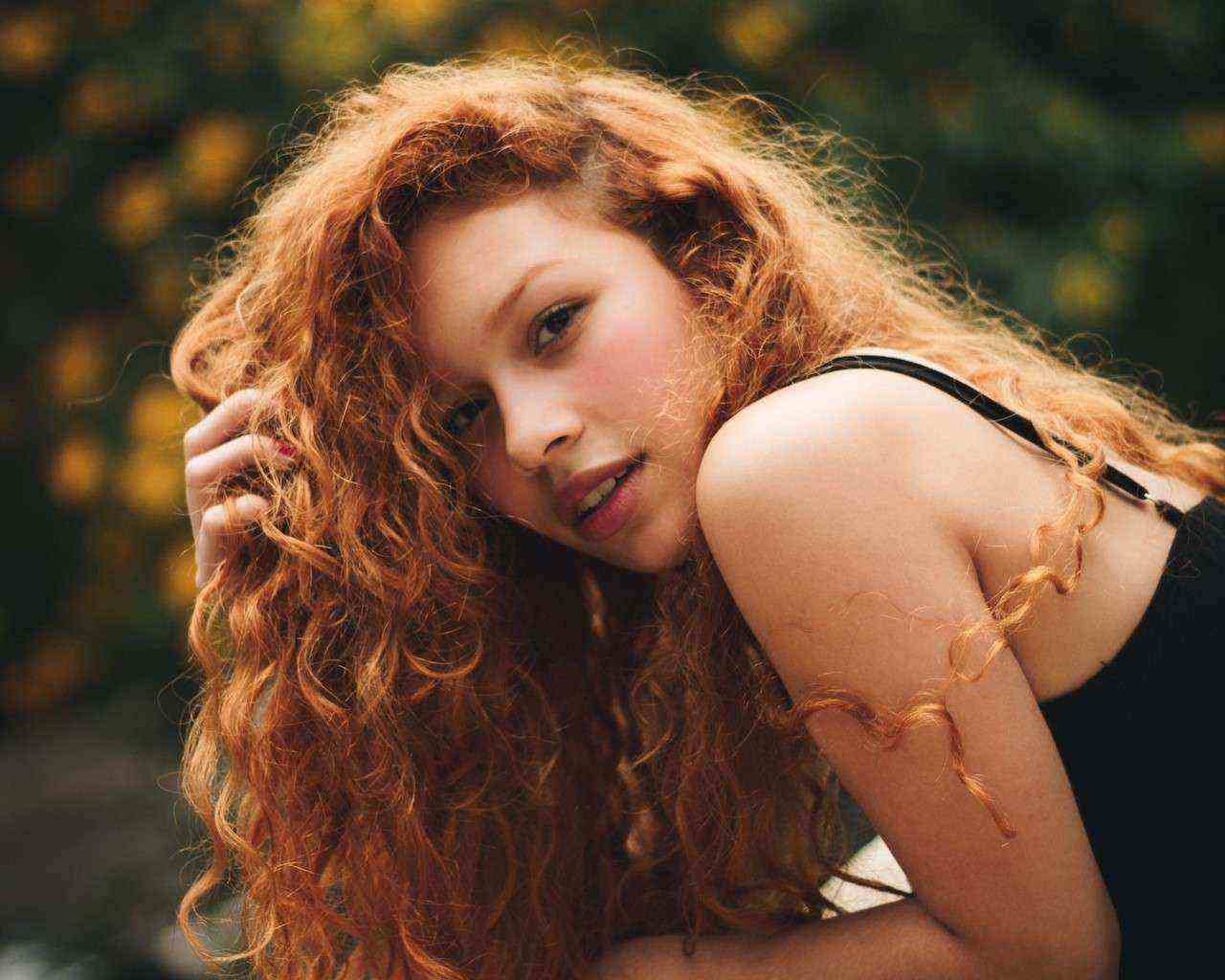 First of all, everyone lies. And we all do it for several reasons. But for this article, we are going to be looking at some of the major reasons why some men lie to women.

That said, no lie is justifiable. Lies hurt and cause emotional turmoil. Good relationships can only happen when there’s trust, and without trust, there’s really no need to continue.

With this in mind, let’s look at these seven reasons why some men will resort to lying to women in a relationship.

1. The truth will not get him what he wants

There’s a popular saying that the truth will set you free. But in reality, it really isn’t that straightforward.

The truth may set you free, but only after it has burst you around. Or, as the American author David Foster put it,

“The truth will set you free. But not until it is finished with you.”

Let’s face it. Most times telling the truth doesn’t get you what you want. Now, I’m by no means justifying lying to get what you want. But this is simply the hard reality of life.

For instance, you’ve probably heard women say things like, “If it was sex he wanted all along, why didn’t he just say it instead of wasting my time?”

The reason the man had to lie to get what he wanted (sex) is that he understands that he would face rejection 100% of the time if he told a woman up front that he wanted sex from her.

Instead of that, he’ll coat his words with things like… “I’m not looking for anything serious.” Or, “Let’s just go with the flow and see how things go.”

This isn’t restricted to sex alone. For instance, he may tell you he doesn’t have another girlfriend because he knows if he does, you won’t agree to the second.

Of course, not all men tell these sorts of lies, and this isn’t to justify any of these lies. Lying to anyone is manipulative, and doesn’t lead to anything good in the long run.

The bottom line is that people lie because they know that saying the truth will not get them what they want.

2. Negative backlashes from saying the truth

Have you ever had a friend that you intentionally withheld the truth from because you were afraid of how they will receive it?

Or, have you ever dated someone but you couldn’t bring yourself to tell your parents because you know they will not receive it well?

The truth can sometimes be bitter, and some men just resolve to lie because they don’t want to handle the backlash. This, however, still isn’t to say that lying to someone is justifiable when they can’t handle the truth.

But you can’t deny the fact that some friendships (and even relationships) have broken up, and families have become resentful of each other because too much truth was told by someone.

The truth can sometimes be too difficult to handle.

For instance, if a guy got into a heated quarrel with his girlfriend because he wanted to be honest about how much she was adding up weight, chances are, he will try to sugarcoat it the next time she asks for his opinion about her weight (or anything regarding her appearance).

And chances are, he’s going to use that experience as a reference when dealing with the same issue with another woman.

Some men lie because they are afraid of how the truth will make them look. This is the man who lies about where he works and how much he makes just to impress a woman.

Or, the man who talks about all these past relationships with gorgeous women that never happened.

As studies have found, people often lie because they are more concerned with their self-presentation and they don’t mind manipulating people to achieve the “perfect self-image.”

When men lie these sorts of lies, they do it because they are insecure in themselves. Instead of showing the woman that they are high-value, they tell her things they think will make her respect them.

4. He’s not serious about you

According to Stephan Labossiere, a relationship coach and best-selling author, “A man is more likely to lie in a casual relationship than he is with a woman he is very serious about or feels that he is in love with.”

A man who loves you is more afraid to lose you. And as a result, he will be more careful about his actions and the things he says to you. He will put effort into making the relationship work because he wants a future with you.

On the other hand, when a man isn’t serious about you, he doesn’t mind saying whatever he wants to liberate himself at the moment. Because he doesn’t see a future with you, he doesn’t get scared that you might find out about his lies and leave him.

To simply put, a man who loves you is less likely to lie to you in a relationship. Why?

Besides the fact that he doesn’t want to lose you, he will not lie to you because he cares about how you feel and will not want to put you through any emotional turmoil.

5. He isn’t comfortable saying the truth

Consider a mum who shut down her child’s attempt to open up to her about the bullying he experiences in his school. Instead of listening to him, she tells him he’s too weak. Chances are, that child will never bring that problem up again.

If he comes back home with an injury from bullying, he’ll probably lie about it to avoid the emotional pain that will come from another sermon on his masculinity.

Sometimes people lie because we haven’t given them a comfortable enough environment to tell us the truth.

When a man, for any reason, doesn’t feel comfortable telling his woman the truth, he’ll most likely resort to lying.

Now, this doesn’t mean that whenever a man lies because he doesn’t feel comfortable telling the truth, it’s the woman’s fault. No.

It could be as a result of several reasons. Firstly, it could be that the man just has some personal issues with his masculinity. Maybe he has been raised to be a strong man who shouldn’t show or express his feelings.

Or, on the other hand, it could be that the woman wasn’t able to handle the man’s vulnerable moments. Maybe he came clean to her about certain things that make him feel jealous, emotional, or vulnerable, but instead of her listening and empathizing with him, she shot him down, saying that men shouldn’t be so emotional.

If a woman does this, the chances of the man telling her what he feels all the time, especially if he knows it might make him look weak, becomes low.

6. He keeps getting away with the lies

Sometimes women just allow men to get away with their lies because they don’t want to accept reality. And when a man keeps getting away with his lies, chances are, he’ll keep lying to you.

For instance, he got home late at night for no reason. But when you try to confront him about the issue, he becomes edgy, turning against you and blaming you for micro-managing him.

But by morning, he comes up with a well-crafted explanation — which you know doesn’t make sense. But instead of digging deeper or telling him the truth about what you think, you let the issue die.

A few days later, the same thing happens, and he came up with another explanation.

Or, you see a text of him professing love to a girl on his phone. He first attacks you for using his phone without permission, after which he went ahead to give an explanation that didn’t make sense to you. And you accepted because that’s what you’ll rather believe.

Sometimes it’s just intuition. You know there’s something fishy going on. His explanations are not adding up. You see that he stutters and how he mixes up key details whenever you confront him, but you’ll rather ignore your intuition. It’s not telling you what you want to believe.

The bottom line is, when a man realizes that he can get away with lies, he’ll keep telling more of it.

Also read: 8 Critical Signs A Man Is Toxic, According to Psychologists

As Cindy Lamothe explained in Healthline, emotionally immature people are unable to deal with their feelings or they “find them too overwhelming to deal with.” As such, they often find themselves omitting the truth or saying parts of it.

For instance, when you were younger, first dates were riddled with anxiety. And this anxiety and need for approval oftentimes make you omit some things about yourself to put yourself in the best light for your date.

But the more grown-up and mature you become, the more you embrace yourself. Your insecurity disappears and you realize that the right person will like you for who you are.

Sometimes people just lie because they are not mature enough to shoulder the burden of saying the truth.

A mature person understands how lies affect their integrity. They know that if they lie now, they’ll only have to lie more lies to cover things up. And because they cherish their integrity, they stay away from it completely.

These reasons are not exclusive to only men. Some of them are lies we can relate to. And though this article isn’t to justify any form of lie, some of these lies are easily correctable when called out.

However, for some — like a man who lies to you because he doesn’t feel the need to commit to the relationship — it’s much more complicated. A solid intimate relationship can only be built on truth and honesty. As the American writer and clergyman put it,

“… love without truth is hypocrisy.”

You deserve someone who knows your worth and cares about you enough not to hurt you with lies.

Interesting read: How to Handle A Manipulative Person