7 Sure Signs of Stupidity

Destiny FemiMay 25, 2022Psychology Self-Help1 Comment on 7 Sure Signs of Stupidity 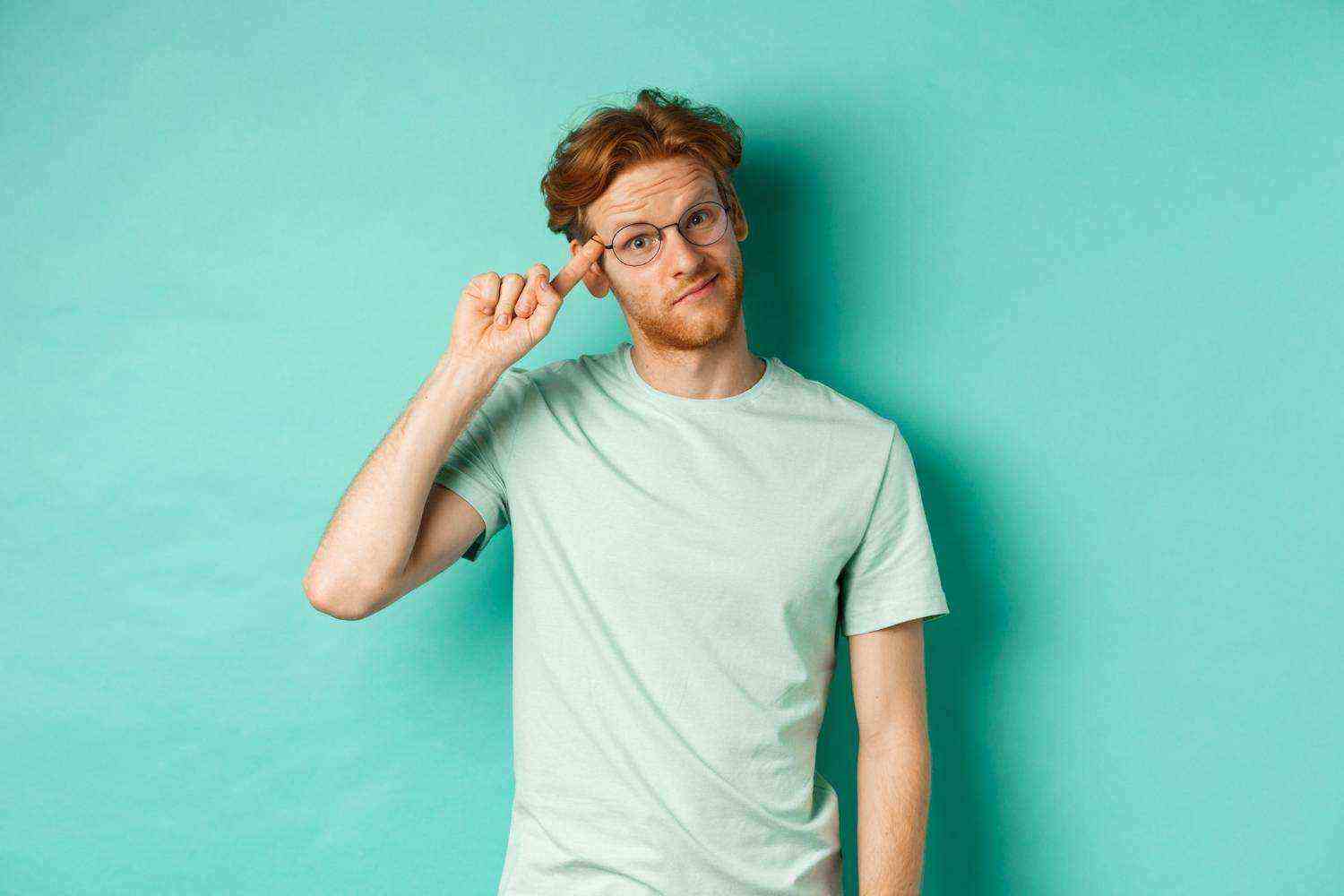 Dealing with a stupid person can be frustrating. And the major reason for this, besides their stupid behavior, is that they don’t see their own stupidity.

“The whole problem with the world,” as the British philosopher  Bertrand Russell said, “is that fools and fanatics are always so certain of themselves, and wiser people so full of doubts.”

And it’s no wonder why.

No wise person can act like they know everything. The vastness of the mystery of the universe is enough to keep you in awe for an eternity. This is perhaps why Albert Einstein once said,  “It is enough if one tries merely to comprehend a little of this mystery every day.”

That said, dealing with a stupid person requires an understanding of their nature. If you don’t understand them, they can confuse you so much that you begin to think that you’re the stupid person.

Here are 7 signs of stupidity.

In 1999, Dunning and Kruger studied the curious criminal case of McArthur Wheeler, a bank robber.

Here’s the curious and funny thing about Wheeler’s bank robbery:

To conceal his identity, Wheeler decided to cover his face with Lemon Juice. And his rationale behind doing this is that since the chemical properties in lemon juice are used in invisible ink, it should also make him invisible to the bank cameras.

Needless to say, Wheeler’s mastermind plan was a dumb one. He was easily caught. And the funny part? He still wondered how his plan didn’t work even when it was so good.

As Dunning and Kruger would later conclude in their paper, we all need to have a good insight into our social and intellectual abilities for us to live the most effective and successful lives.

Stupid people can’t evaluate themselves properly. They blow their skill level and intellectual capabilities out of proportion. This is why it’s difficult for you to convince them about all their stupid ideas. Forget about winning them in arguments.

Why? Because the more you argue, and the better points you make, the higher they raise their voice.

Related: How to Be A More Rational Person

People often do stupid things because they don’t think their actions through. All their motivations come from what other people think is cool, right, or wrong.

Take those opinions away from them and they have no idea why they do anything.

They get swept up by the larger group or trends without considering the reasons and the choices they make.

For instance, a guy might begin to smoke and drink simply because he thinks it looks cool but never bothers to think of the long-term consequences and the real reasons he’s engaging in the life-damaging habit in the first place.

Doing the wrong thing simply because someone else thinks it’s okay is stupidity. And this has caused more damage to society than you might think.

Wrong ideas and doctrines have been passed down for generations simply because people won’t dare think of what they are doing. As the saying goes, “Just because an idea is popular doesn’t make it right.”

As detailed in The Apology of Socrates by Plato, when the oracle of Delphi pronounced Socrates the wisest man alive, Socrates couldn’t accept the title. Why?

He was certain that there was so much that he didn’t know. And more importantly, there must be at least one person out there who knew things he knew nothing about.

To prove the Oracle wrong, Socrates went on a search for someone more knowledgeable than him. But to his surprise, he quickly saw a big flaw in all the so-called “knowledgeable” scholars, philosophers, and poets that he met: they were arrogant about the things they knew.

To them, the little they knew was all there was to know. And because of this belief, they acted like there was nothing else to learn. They spoke with confidence even concerning things that they knew nothing about.

It was at this time that Socrates knew that the Oracle of Delphi was, in fact, saying the truth.

A wise person understands how much he doesn’t know. A fool, on the other hand, is always certain about everything.

Read: 5 Things You Can Do Today to Be Much Wiser

A gullible person is easily persuaded, tricked, or deceived about almost anything.

People who are gullible easily fall for scams, sometimes even multiple times. And this, according to Nobel Prize-winning psychologist Daniel Kahneman, happens because some people base their decisions, not on rationality. Instead, they make their decisions fast, intuitive, and automatic — a decision strategy that will often lead to regret.

People who often make stupid decisions do so because they don’t try to be rational. They depend on luck or their emotions, and this makes them believe even the most ridiculous offers from scammers.

One of the best ways to spot stupidity is to watch how someone argues.

Indeed, arguments can quickly become heated, even for the average person. But with stupid people, it’s different. You see how they struggle to hold their ground even when it has become obvious that what they are saying doesn’t make sense.

Sometimes this makes them look so dumb that you feel sorry for them.

Here’s the thing: When a stupid person argues with you, their rarely talk from a rational, independent point of view. Most likely, everything they’ll be saying are ideas they got from someone else.

Indeed, they believe the ideas to be true and absolute. But the only problem is, they really don’t know why.

Hence, when you’re arguing with them, they rarely have any substantial evidence to defend the ideas they claim to believe. This is why it’s easy to make them look dumb.

6. Sticking to something detrimental

People stick to bad relationships and addictive substances for different reasons. But just having a reason for something doesn’t justify hurting yourself emotionally (and sometimes physically).

Sure, most of us hold on to certain things that don’t serve us. This could be jobs, friendships, relatives, drugs, bad habits, etc. But does this mean that we are all stupid? No.

The truth is that most of us are going to hold on to the wrong things at different points in life. Sometimes we just do it out of ignorance, and sometimes it’s just our level of immaturity.

But there’s a time for everything. Sticking to a detrimental relationship longer than necessary, even when it’s become obvious that it’s not for you is outright stupidity.

As the bible rightly puts it,

“Even fools are thought wise when they keep silent; with their mouths shut, they seem intelligent.” — Proverbs 17:28

The best-selling Author Robert Greene also echoed the same remark in The 48 Laws of Power when he said “the more you talk the more likely you are to say something foolish.”

Though there are intelligent and sociable people who like to talk, the difference between them and fools is that they talk because they have something to say.

A stupid person, on the other hand, simply speaks because they just want to say something, anything. Because they believe they know everything, they want to be the one that everyone pays attention to.

How to Deal With A Stupid Person

The best way to deal with a stupid person is not to deal with them at all. Even if you try to do them the good of exposing them to their true nature, they’ll only hate you more.

Learn to sit back and watch them. If their behavior threatens your peace in any way, then distance yourself from them.

There will always be people who behave foolishly around us. It’s kind of the price you pay for growing up. And you have to learn to smile and not take them too seriously.

And remember that they’re blind to their own foolishness. If you try too hard to make them see the light, they’ll only take you as an enemy. Hence, the best way to deal with a stupid person is to simply let them be. Use their lives to learn more about human nature.

That said, here are five additional ways to deal with a stupid person:

1. Keep your cool: Responding to a person you perceive as “stupid” with anger or frustration will only escalate the situation. Instead, try to stay calm and composed.

2. Don’t stoop to their level: It can be tempting to engage in a “battle of wits” with a person you believe is not very smart, but this will only lower yourself to their level.

4. Lead by example: Show the person a better way of thinking or behaving, rather than trying to force them to change.

5. Avoid the person: If all else fails and the person is truly being difficult, it may be best to simply avoid them. This can be especially true if the person is a co-worker or acquaintance rather than a family member or close friend.

Read: 6 Small Things That Say A Lot About Someone’s Character

Featured image by  benzoix From freepik