8 Critical Signs A Man Is Toxic, According to Psychologists

By Team Growth LodgeMarch 3, 2022Dating Tips for Women RelationshipsLeave a Comment on 8 Critical Signs A Man Is Toxic, According to Psychologists 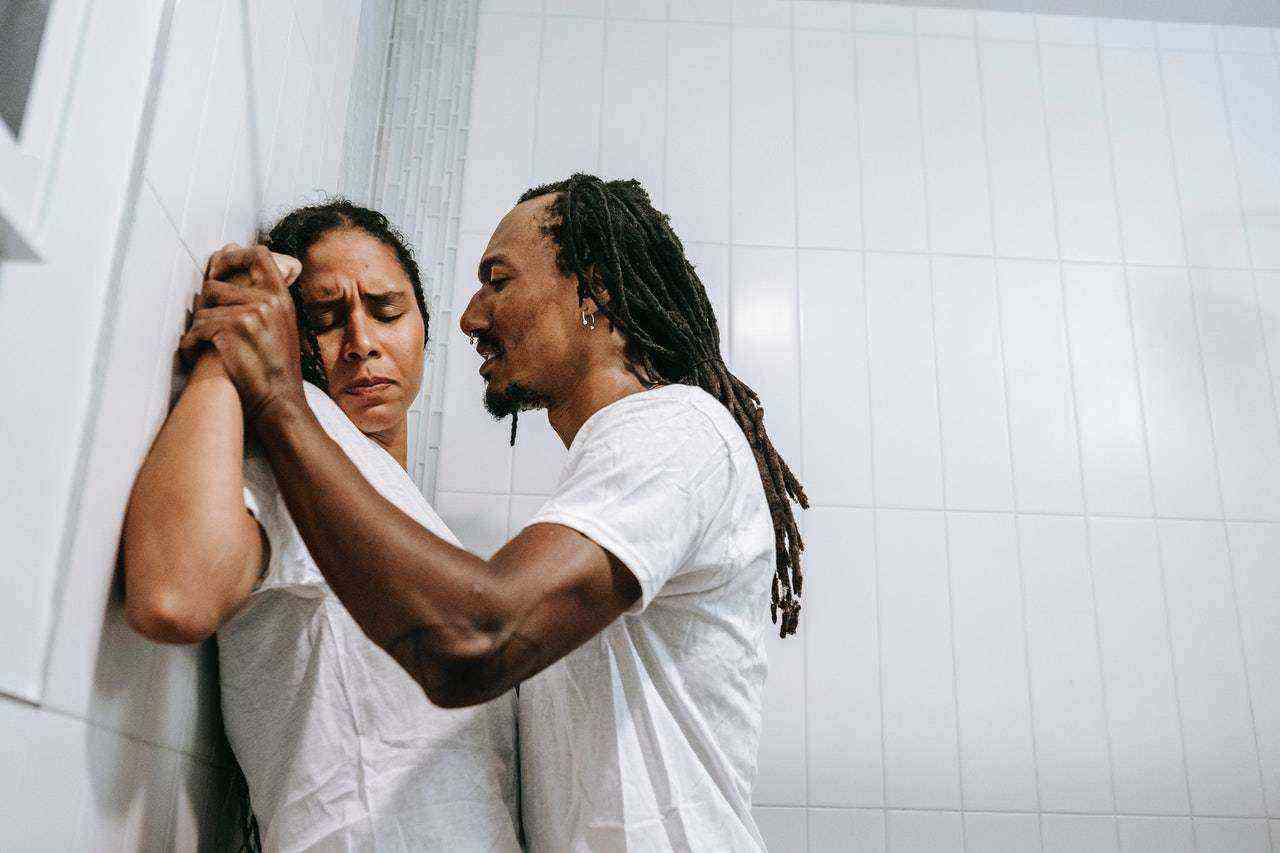 In most cases, a toxic man will not start a relationship being toxic. He’ll start out being gentle, charismatic, and charming. But at some point, he’ll suddenly change.

This sudden change often keeps most women trapped, thinking the man they met at first is the real him. “Maybe he’s just having it rough for now,” they’ll think.

In most cases, the woman will try to dismiss the toxic behavior, hoping that it will subside at some point, and the sweet and charming man they met in the first place will resurface. But of course, this never happens.

However, some hold on for too long, making them go through unnecessary emotional turmoil. Whether you’ve even been in a toxic relationship or not, here are the signs to look out for to know a man is toxic, according to psychologists.

There’s nothing wrong with getting jealous. Jealousy is an emotional thing. It’s uncontrollable. This is why most people see it as a sign that their partner is emotionally attracted to them.

But jealousy is all sweet until it turns into passive aggression from your man.

For instance, you’re with your man at a mall when one of your male friends from way back suddenly shows up to say high. You’re happy, you introduced your man to him and you both had fun catching up for a short while before your friend took off again.

But immediately after your friend leaves, your man doesn’t say a word until you get home. And on getting home, he suddenly becomes edgy.

He starts attacking everything you say and maybe complaining about things you bought.

Now, there’s nothing wrong with a man getting jealous. However, if he had a problem with the way you interacted with your friend, the right thing to do would be to talk about it, probably make jokes about it and let it die.

But if a man makes a big deal out of a scenario like that and starts acting out on you for days, that’s unhealthy. As John Kim, a licensed family and marriage therapist explained in Psychology Today,

“There’s nothing wrong with feeling jealous. However, it’s what you do with the jealousy that determines whether or not you make a relationship toxic.”

As Kim further explained, healthy jealousy is transparent. He should be able to talk about his feelings of jealousy without making you feel confused about what the problem really is.

Over-controlling men can be very charming at first. And this is because they have the kind of dominance and self-confidence that women find attractive.

However, the more you let a control freak go through your boundaries, the harder he’ll push. Soon, his charming dominance will become unbearable.

For instance, a control freak might buy you the specific dress and shoes he wants you to wear for a date, and there’s nothing wrong with this. It’s a cute and lovely thing any time, any day.

However, after dating him for a while, he’ll start having problems with everything you wear. Now he’ll want to decide what you wear and what you don’t, who you go out with, and whenever you’re not together, he’ll call all the time to get a report of where you are and who you’re with.

All these are examples of controlling behaviors, and they stem from a place of insecurity. As John Kim further explained in his article, “Intended or not, any behavior that takes away a person’s freedom is controlling, and it’s toxic.”

Also Read: 6 Signs Of A Toxic Friendship You Shouldn’t Ignore.

One of the best ways to recognize a toxic relationship is how fast your man (or woman) is ready to make you feel bad about yourself.

Is he feeling jealous? He’ll blame you for it. Are you going through a quarrel or an argument? He never hesitates to tell you all the ways you’ve been the one always bringing problems to the relationship.

As clinical psychologist Dr. Dianne Grande, explained in Psychology Today, one of the ways to know you’re in a toxic relationship is when “your partner will never apologize or show genuine regret when they are wrong, or when their actions upset you.”

Someone who loves you should be able to empathize with you. He should have a natural sense of compassion. He will care about how his words and actions make you feel.

Interesting read: How to Handle A Manipulative Person

Gaslighting is one of the most prominent strategies used by toxic people.

A man who wants to gaslight you will deliberately change or alter the truth and make you feel confused about what you saw. He doesn’t just change the truth about what happened, he will refuse to acknowledge it, like it never happened.

For instance, if he did something wrong, maybe he cheated, he’ll tell you it’s not what you think it is, and he’ll try to move on like nothing ever happened. That’s gaslighting. And as Dr. Dianne Grande, explained, when someone gaslights you, they are insinuating that you forget whatever you say, here’s reality.

Gaslighting leaves you confused. Sometimes it can make you question your sanity.

Having disagreements is a fundamental part of every relationship. You can never agree on everything with your partner, and that’s normal.

However, when a man becomes suddenly edgy or feels disrespected whenever you attempt to offer a contrary opinion, that’s a red flag.

Look at the way he handles disagreements with you. Some men will take a little inconsequential disagreement as a personal attack on their ego.

Here’s the thing: Disagreements are a vital part of any long-term relationship. As you discover new things about one another, issues are going to come up and you have to be willing to sit and listen to each other to make things work.

A man who sees any disagreement as a personal attack will not be able to listen in times of disagreement–which is the time you need him to listen the most.

Also read: 7 Reasons Why You Feel Exhausted In Your Relationship, According to Psychologists.

One way to know a toxic man is by how frequently he refers to his ex when you’re together.

If her name pops in once in a while because she came up in your discussion, fine.

However, if he deliberately brings her up, either to badmouth her or say nice things about her to your face, that’s a red flag. According to Dr. Antonio Borello, a psychologist and a dating coach,

“Him comparing you by insulting his ex is designed to motivate you to be different, to be the partner who can keep him happy. And this makes it easier to brush aside your intuition and focus on pleasing him the more.”

Sometimes, the ex obsession may come in the form of blame-shifting. He’ll badmouth his ex and blame her for everything that happened in their relationship.

He’ll rant about how he was perfect and dismiss the fact that he may have contributed to the ruin of the relationship as well. This is also a major red flag.

7. He Deliberately Makes You Insecure

There are still some men out there who believe that the best way to humble a beautiful woman is to make her feel insecure. These men believe that the reason women don’t pay attention to them is because they put women on a pedestal.

The solution? “Break their ego,” or so they think.

This is a highly toxic mindset, and many women have fallen prey to it.

For instance, a man you’ve been dating for a while suddenly gives you an off comment, saying that you look fat. Or he may intentionally show you pictures of beautiful girls or compliment them, talking about how good they look to make you feel jealous.

If your man does this frequently, he knows what he’s doing. It’s an unhealthy psychological strategy to make you compete to keep him.

But there are better ways to make your partner desire you more than making them insecure about their place in your life. A man who deliberately makes you feel insecure is highly toxic.

He may be talking about marrying today and the next day he’s threatening you with a break-up. This is a strong sign of emotional manipulation.

As Dr. Antonio Borello further explained in his video, one of the signs of a toxic man is that he has a mean and sweet cycle. Without apparent reasons, sometimes he’s nice to you, and before you know it, he’s criticizing you and tearing your self-esteem apart.

This is a deliberate attempt to keep you on your toes. Because you don’t know what to expect from him, you’ll always want to please him to get that sweet part of him you once experienced. This is a huge sign of a toxic relationship.

The signs of a toxic relationship are not hard to spot. The problem usually is that toxic people don’t start relationships being toxic. They first lure you in with their sweetness and then turn on you.

This is why other people will easily see that you’re in a toxic relationship but you won’t. Why? You’re still looking at your partner as the man you started a relationship with in the first place.

Let these signs from these psychologists be your guide. A toxic relationship can take a toll on us emotionally. Better to know the signs and save yourself from falling deep into the wrong relationship.