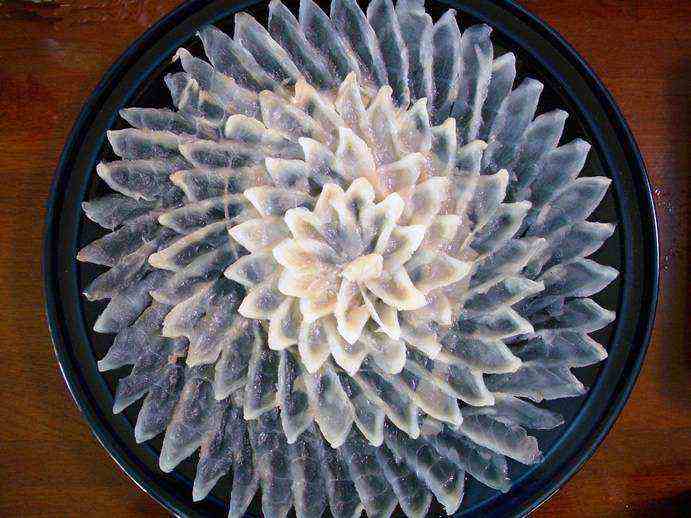 We choose the foods we eat based on what our senses want. However, our senses are not good at picking out toxic foods. If it’s tasty, it’s good, or so our senses think.

Unless you always google everything you eat, you probably don’t think that some foods most people consider normal might have side effects, especially when ingested very frequently.

The foods you’ll see on this list have been found through research to be harmful to our health, especially if taken frequently. If you’re a huge fan of any of them, it might be time to make some adjustments to your taste.

Casu Marzu which literally means rotten cheese get’s its flavor from live maggots. And it is banned from commercial sale in many countries for good reasons.

To produce Casu marzu, cheese is first allowed to be infested with flies, then it’s stored in a dark hut for about three months. The eggs from the flies then hatch into maggots.

The maggots feed on the cheese and excrete a thick creamy fluid on it. The resulting creamy cheese is then brought out of storage and used to consume bread by those who find it delicious.

But even though the manner of production of this cheese is known by many, it doesn’t stop it from being one of the most loved delicacies on the Italian island of Sardinia.

In fact, some see the maggot infestation of the cheese as the best part of it.

When eating Casu Marzu, first, it is advised that you close your eyes before taking a bite. It’s kind of weird to watch yourself ingest live maggots. Secondly, chew thoroughly to avoid swallowing live maggots, as that will surely lead to a serious health hazard.

Interesting: 6 Healthy Habits to Adopt In 2022

An elaborate study was done on 500,000 meat-eaters in the UK, the researchers found that eating 76 g of processed or red meat a day increases your chances of bowel cancer by 20%.

The International Agency for Research on Cancer (IARC) classifies any meat that has been modified to improve taste or shelf-life as a group 1 carcinogen.

What this means is that a lot of research has confirmed that eating processed meat increases your risk of cancer.

Here’s where the problem is with processed meat.

The Nitrates and nitrites used to increase the shelf life of processed meat get converted to nitrosamines when it gets into your body. And Nitrosemin increases the risk of cancer because it causes damage to the DNA.

Of course, this doesn’t mean you should stop eating processed or red meat. But it sure means you should watch your intake.

If you’re used to eating processed meat a lot, find other alternatives like free-range chickens, turkey, or some greens. Learn to mix it up.

According to government figures, 23 people died after eating fugu fish in Japan. Also known as puffer fish sushi, fugu is one of the most sought-after delicacies in Japan.

People find it so delicious that they still eat it even after it has proven to be poisonous, up to 1200 times deadlier than cyanide.

Fugu is banned in many countries like the UK, the EU, and most of the US. But because of how sought after it is in Japan, Japanese chefs go through training for two to three years to earn a special license to prepare fugu.

These chefs learn to carefully remove the toxic skin and organs before serving them.

Read: 5 Foods That Naturally Staves Off Dementia, According to Science

According to Dr. Robert Lustig, a US obesity expert, fruit juice has a more negative impact on your health than carbonated drinks.

Here’s the problem with fruit juice:

And as a result of the high intake, fruit juice has been linked to bad medical conditions like obesity and an increased risk of type 2 diabetes.

A normal fruit, on the other hand, contains fiber. And the fiber in fruits slows down the absorption of fructose, which in turn makes us feel full and prevents us from taking in too much fructose.

In Korea, san-nakji is a delicacy made with a small octopus species called nakji.

Though the small octopus is killed before being served, the nerve activity in the octopus’ tentacles still makes it move on the plate, making it feel like you’re eating a live octopus.

The reason why san-nakji is so dangerous is that the tentacles can sometimes get stuck in the throat or mouth while you’re trying to ingest them. And this has led to several choking hazards which eventually lead to death in some cases.

Also read: How to Lose Weight And Live Healthier At 40

Most people already understand that consuming soda isn’t good for the body. However, most of us still don’t understand just how bad it really is for us.

In fact, a study shows that consuming soda can make us age faster. And this is because when you consume excess soda, the part of your chromosome (telomeres) responsible for aging gets altered.

The researchers found that when you drink 591 ml of soda daily for over three years, you get up 4 years older than someone who doesn’t drink soda. And faster aging also leads to early death.

Most people like fast foods because it’s fast and convenient. But did you know that consuming too much junk food can quickly lead to some health complications?

Studies published in the Journal of Public Health Nutrition found that regular junk food eaters are more prone to depression. Why?

First of all, eating high-calorie food can alter the brain, leading to impulsive consumption of more junk foods from cravings.

Secondly, eating junk foods causes our brains to release dopamine. And if you’ve heard anything about dopamine, you’ll know it makes us feel good, and it’s the major cause of addiction.

And since junk foods are fast and easy to get, most people find themselves always going back to it to get that rush. And this can make junk food consumers sad or even depressed if they don’t get the rush they want.

Furthermore, due to the high energy content and the number of fats present in most junk foods, they’ve also been found through studies to cause obesity.

There are many health benefits associated with eating chilly pepper. But did you know that the danger of eating too much chilli pepper goes beyond the hot sensation and the extreme discomfort you get when it’s time to excrete it?

The chemical compound Capsaicin in chillies activates the neurons in our brains responsible for feeling heat. Hence, when you eat too many chillies, the brain activates its burn defense system.

According to nutritionist Wendy Bazilian, the author of Eat Clean, Stay Clean, the side effects may include vomiting, as your stomach will try to get rid of whatever is burning it. Furthermore, you may also get inflammation and blistering in the affected area.

Some of these foods are outright deadly and should totally be kept out of our food menu. However, some only become harmful from excess consumption.

The key thing anyone can take away from this article is this: If you don’t know anything about a strange meal, it’s better to do a bit of research before jumping into it.