8 Signs He’s Slowly Falling In Love With You

By Team Growth LodgeFebruary 10, 2022Dating Tips for Women Relationships1 Comment on 8 Signs He’s Slowly Falling In Love With You 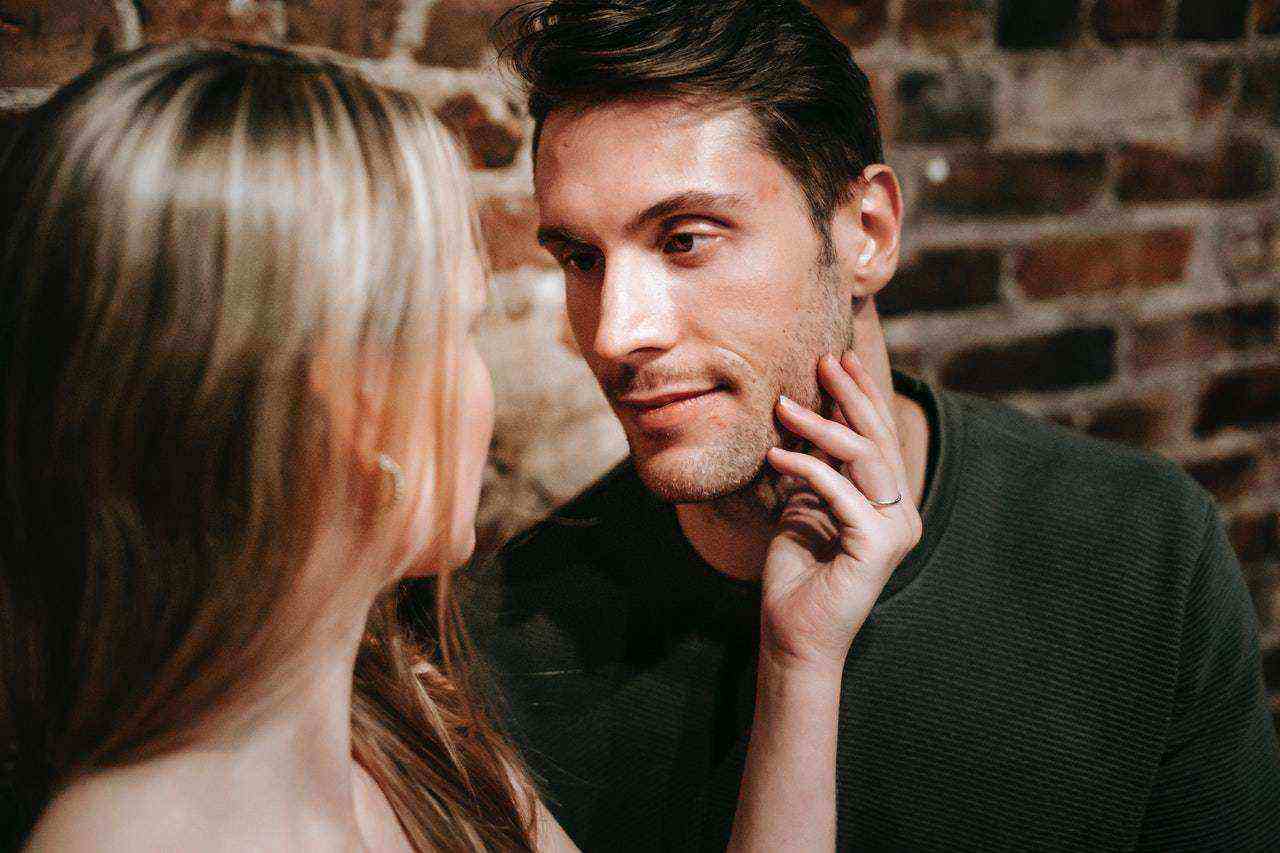 When a guy is slowly falling in love with you, he may not want to tell you for several reasons:

Lastly, most guys will not tell you how they feel about you early on because they want to create mystery. They want to have fun with the process and maybe get you to fall for them before they finally reveal their intentions.

But here’s the thing:

When a guy is truly falling for you, there are some uncontrollable signs he displays. So whether he’s unaware or just deliberately withholding it from you, if you see these signs, know that he’s already falling in love with you.

Most times, love takes men by surprise. In fact, a man can be in love and still not admit it to himself. Why? Men have been trained to not show emotions. In many cultures, an emotional man is seen as weak.

As unbelievable as it may seem, studies show that men fall in love faster than women. But in reality, it appears that women are the ones taking the lead.

However, since love often takes men off guard, it can be easy to tell if a man is slowly falling for you if you pay attention to the signs. Most of the time, it will not start with those words “I love you.”

But don’t focus so much on the words that you don’t see what his actions are saying. As the saying goes, action speaks louder than voice. That said, here are the major signs a guy will show if he is slowly falling in love with you.

Also Read: 10 Sure Signs He’s Fighting His Feelings For You

1. He always wants to see more of you

One of the best ways to tell if a man desires you, especially early on in a relationship, is that he never gets tired of being with you.

This is because being with you is fun for him. He likes to see your face, hold your arms, and do fun things with you. Over time, he has come to associate a good feeling with being around you – a phenomenon known in psychology as the dopamine-reward loop.

When you have a lot of fun engaging with someone, over time, you’ll associate them with a feeling of fun and excitement. This means that whenever you think of them, dopamine is released from your brain. This is often why you smile and blush just thinking of someone you love.

When a guy is falling for you already, he’ll associate this feeling with you, and this will make him want to always see more of you.

2. He puts you in his plans

Does he like to say ‘we’ or ‘us’ when talking about the future? Is he always thoughtful about meeting your needs even when you didn’t ask?

If yes, he cares about you and might be head over heels for you already.

A guy who always remembers you and puts you in his plans doesn’t just love you, he also sees you valuable enough to want to have you in his future. And the reason he’s always very thoughtful about meeting your needs is that he cares for you. Hence, he wants to do everything he can to make things better for you.

Also Read: 15 Major Signs A Guy Is Turned On By You

3. He makes sacrifices for you

If he doesn’t mind making himself uncomfortable to put you in a better place, that’s a sure sign that he cares a lot about you.

Sacrifices can be anything ranging from just sacrificing his time to give you his attention, going out of his way to create a job opportunity for you, or assisting you with funds even when he doesn’t have that much.

People will only give up something of value for your sake if you mean a lot to them.

4. He wants to help you grow

A man who truly cares about you will invest in your future. He’ll give you ideas and resources that will help you become a better person and achieve your dreams.

Your shortcomings will mean a lot to him, and he’ll do all he can to let you know what he thinks about your flaws. And he does this because he doesn’t have any plans of leaving you any time soon. He sees a future with you and he wants to have the best version of you beside him.

Also Read: The Secret To Long-Term Desire In A Relationship

5. He values your opinions

The opinions of those we love matter more to us than any other person’s. This is why your first date with your crush got you mincing words and sweating on your palms.

When a guy cares about you, he’ll take your thoughts about the things he does seriously. This may be something of little significance like how he looks in his new dress or something big like whether or not he should change his job.

Love doesn’t go without respect. If a guy claims to care about but couldn’t care less about your opinions of his actions, that’s not love.

If he truly loves you and wants to go against your opinions, he’ll let you know why it had to be that way. Why? Because he cares about how you feel.

This is one of the ways a man shows that he cares about you.

When someone carefully picks out tiny dirt from your hair or removes hair from your shirt, that’s peacocking. He’s trying to tell you and wants to protect and take care of you.

In ancient times, cavemen protected their families from predators. Whenever there was a threat around, the man instinctively took action–whether to get his family into hiding or defend them against the predator.

But today we don’t have predators. But the instinct for men to protect and take care of what they love is still there. So if a man cares about you, he’ll naturally want to groom you and make sure you’re okay.

Also Read: How to Attract and Date High-Value Men

7. He’s curious about you

This one is more obvious from the beginning. A man who likes you will show interest in you. He will not need to use pick-up lines to keep up a conversation with you. Why?

Good conversations come from being truly interested in another person.

A man who cares about you will naturally want to know where you’re from, who you like to hang out with, and what you like to do for fun.

Furthermore, if you’re already in a relationship, he’ll want to know the reason behind the changes in your facial expressions. He will not want to dismiss any changes in your mood or behavior because it will disturb him too.

When a man loves you, he wants to know what’s going on in your mind.  He wants to share in your problems and help provide solutions.

8. He makes effort to make you happy

A man who is falling in love with you wants to see you happy. For instance, he’ll make thoughtful decisions on perfect things to get you.

When you look sad, he’ll attempt to tell jokes or do funny things to make you laugh. And if you see him staring at your smile intently to savor the moment, it means he loves to see you smile.

As much as it is impossible to be happy all the time, no one who truly loves you wants to see you sad. And they’ll do whatever they can to make sure it doesn’t happen.

Also Read: What Do Men Really Think Of Small Breasts?

Words can sometimes be inaccurate. But actions don’t lie. That’s why people often say “Your actions speak so loud I can’t hear what you’re saying.” If a man shows most of the signs on the list, there’s a huge chance he has already fallen in love with you.