9 Signs She’s Pretending to Love You

By Team Growth LodgeMarch 17, 2022Dating Tips for Men RelationshipsLeave a Comment on 9 Signs She’s Pretending to Love You 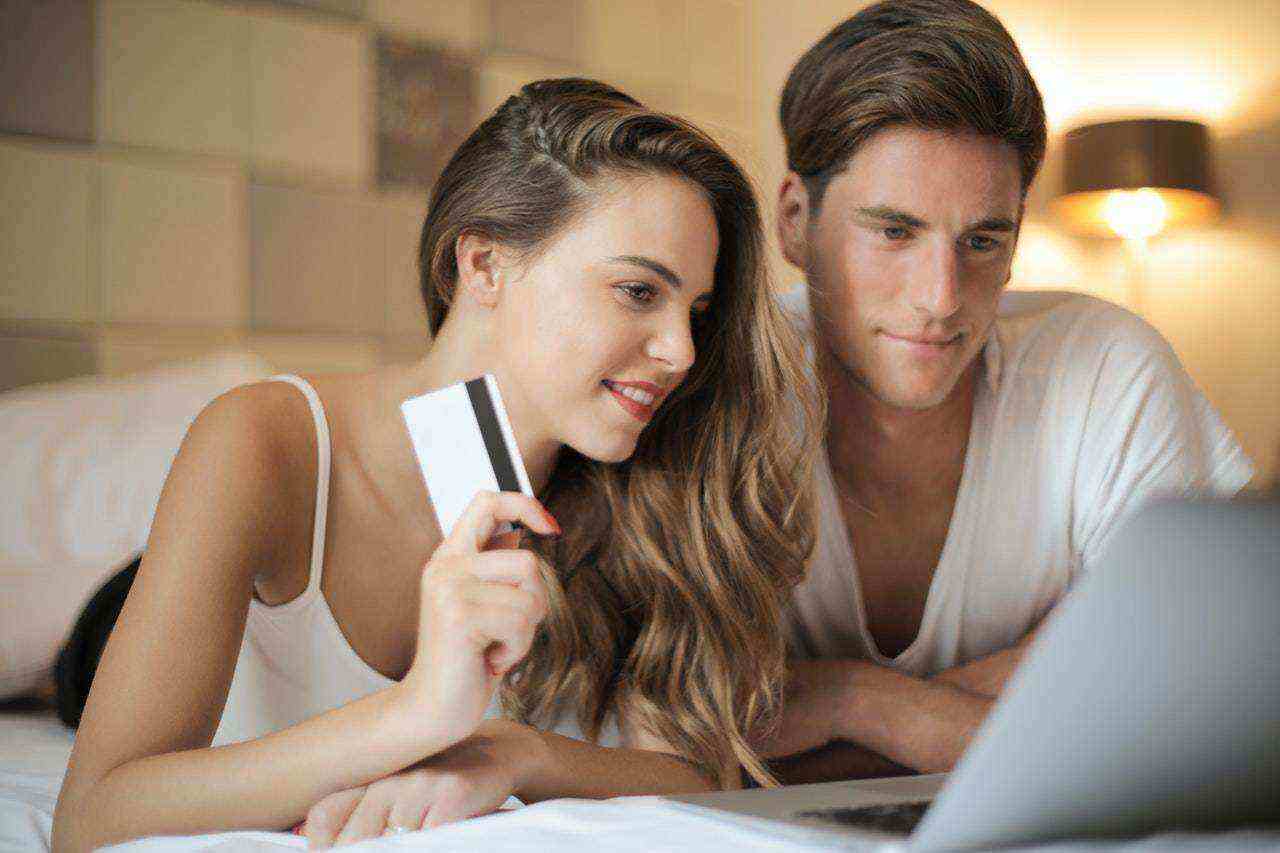 Sometimes a lady can decide to be with you for other reasons besides love. But no matter how great of an actor she is, you should be able to tell if you know the signs.

But here’s the thing: When it comes to spotting pretentious love, the major problem is simply accepting that the woman doesn’t love.

You see, oftentimes we get so desperate to receive love from a certain person that we become blind to the fact that there’s no love coming from them. We choose to be willingly blind because we would rather believe they love us than think they don’t.

Hence, if you want to spot pretentious love, the first step is being willing to accept reality. If you see these signs, don’t explain them away as nothing. Sure, the truth may be bitter. Plus, it hurts to accept that someone doesn’t love you, but it’s far better than self-deception in the long run.

That said, here are nine signs a woman is pretending to love you.

1. She takes advantage of your love

This is perhaps one of the reasons why she’s still pretending to love you. She enjoys the fact that you crave her. It gives her the upper hand in the relationship. It makes her feel powerful and in control.

You know a girl is taking advantage of your love for her when she starts playing mind games with you. For instance, a girl that claims to love you suddenly pulls back, taking longer times — sometimes over a day — to reply to your texts.

And when she gets back to you, she doesn’t bother explaining why she did what she did.

Here’s another instance: You’re in public and she doesn’t mind disgracing you in front of others. She’ll talk trash to you on the phone when she knows fully well that her friends are around, they are listening, and they know she’s talking to you.

Or, the best sign: She repeatedly asks for money, not minding how you come up with it. These are all signs that she’s taking advantage of your love for her.

Someone who truly loves you will not take advantage of your love to hurt you. She will appreciate it. And if she has any problems with you, she will not play mind games. She will talk about it because she wants your relationship to flourish.

2. She always wants to get away

You can see her impatience whenever you’re together. Just a few minutes of you talking to her, she’s already scratching her head and tapping her feet, looking at the exit like she has something more important she’s missing out on.

If you’re dating a girl and she takes hanging out with you as a chore she has to put up with, well, she’s pretending to like you. This is also why she might repeatedly cancel date plans with you.

Maybe she was able to pretend she liked your company at the beginning of the relationship. But as time goes on, even a great actor will soon get tired of always pretending. She will get exhausted.

When someone genuinely loves you, they want to see more of you. This means they’ll always seize chances to be with you. And whenever you’re not together, they miss you.

The signs cannot be mistaken. You’ll see how she’ll lean towards you when she’s talking to you, look into your eyes and be in the moment when you’re talking. She won’t be eager to get away from you.

3. She hides your relationship

Now, this isn’t about her not posting pictures of you two on social media. Not everyone likes to make their relationship a public affair.

However, if a girl claims to love but never wants to introduce you to anyone close to her, that’s a red flag. It’s either she’s ashamed of what her friends will think of you, or there’s another man in the picture, or she’s just using you to pass the time, waiting for the right person to come along.

Either way, it’s not good news for you.

You want a woman who will be proud of you, who will be happy to let her friends know about you.

Here’s one thing about women: They talk about guys they like to their friends. If she really likes you, chances are, she already talked about you to her friends before or after your first date. That’s just how it works.

If a woman refuses to let anyone know she’s dating you, there’s a huge chance she’s just pretending to love you.

Interesting Read: 7 Sure Signs A Girl Likes You But Is Hiding It

4. Repeatedly cancels dates with you

Girls are enthusiastic about going on a date with the guy they like. They try their best to look good for the occasion and think of fun things that can happen on the date. And if the date goes well, they hope to have more of that.

But if she doesn’t like you, going out with you will be very difficult for her. She might outrightly turn down your offer, or accept to go out with you but decides to stand you up later with the excuse of “something came up.”

And no matter how many times you try to ask her out she’ll always have an excuse for not being able to go out with you.

If a girl repeatedly cancels dates with you, it’s a sign that she doesn’t really love you.

She easily gets irritated when she doesn’t have her way. If she asks for cash and you dare not to have it, she punishes you for it. She may stop picking up your calls or disconnect from you for some time.

These are all signs that she doesn’t care about you. She’s only after what she can get. This might be why she targeted you in the first place. She sees an opportunity in the love you have for her, and she’s ready to exploit it.

Understand that when someone genuinely loves you, they will care about how you feel. They’ll want to relieve your pains and make life easier for you any way they can.

In most cases, love will make you sacrifice for the one you love: Meaning discomforting yourself to make the one you love comfortable. This is why parents will do anything to give a better life to their children.

6. She doesn’t see a future with you

You just said how much you’d like to have a future with her, but unfortunately, she doesn’t share your enthusiasm. Instead, she just manages to mumble a weak… “Okay?”

Another way you can tell if a girl doesn’t see a future with you is how much she commits to the relationship.

A girl who loves you and wants a future with you will put in more effort to make the relationship work. She will actively invest in it and help make you a better man. Why?

Because she wants the best version of you in the future with her.

But if she couldn’t care less about what your life will be like in the next ten years, spending your money and not caring where it’s coming from, she most likely just pretending to love you.

To simply put, a girl who sees a future with you will be interested in your future. She’ll discuss her future plans with you, ask you of yours, and most importantly, actively work with you to make that future a reality.

7. She doesn’t respect you

Love, respect, and admiration go together. You can’t get one without the other. The things that make you admire and love someone will also make you respect them.

Hence, if a woman claims to love you but disrespects you, maybe she doesn’t love you that much.

For instance, she badmouths you to her friends, telling them how you couldn’t give her the little money she asked you for her makeup. And she doesn’t mind ignoring your calls or insulting you in front of them.

If a girl does these to you, she’s playing games with you. And she probably sees you as a joke, someone to just while away her time while she waits for someone better to come along.

Interesting Read: Leave A Girl If She Does These 4 Things

8. She doesn’t invest in the relationship

When a woman loves her man, she will deliberately do things to keep him interested.

She’ll do things to impress him, try to look sexier, get into shape, etc. She’ll be more supportive and committed to him. And she’ll do all this to make him conscious of her love.

To simply put, when she loves you, she’ll want the relationship to work.

But a woman who doesn’t love you couldn’t care less about the relationship. And you’ll see this by the little effort she’ll put into trying to impress you, looking good. In fact, she will not mind losing you to other women.

For instance, if you’re married, you’ll never see her getting jealous or worried when you stay out late. If you’re dating, then the attention of other girls will not mean anything to her.

9. She bad-mouths you to others

This is another form of disrespect.

One major sign that she doesn’t love you is that she doesn’t mind ruining your reputation to other people: her friends, colleagues at work, family members see you as a bad person because of some awful things she’s told them about you.

She might just think she’s… “Calling a spade a spade and not a big spoon,”

A woman who loves you will never say bad things about you to other people because she wants you to be respected and liked by others. She will take care of your reputation as though it was hers.

Accepting that a lady is just pretending to love you isn’t something anyone will want to admit, and it’s understandable. But just because you pretend something isn’t there will not make it seize to exist.

If you see these signs, then the love a girl claims to have for you is questionable. If she loves you, the signs will be clear. Remember, the onus is on you to look for the love you really deserve.