By Team Growth LodgeJuly 9, 2021Lifestyle Self-Help WellnessLeave a Comment on Anti-Aging Experts Reveal How to Live Longer and Reverse Your Age 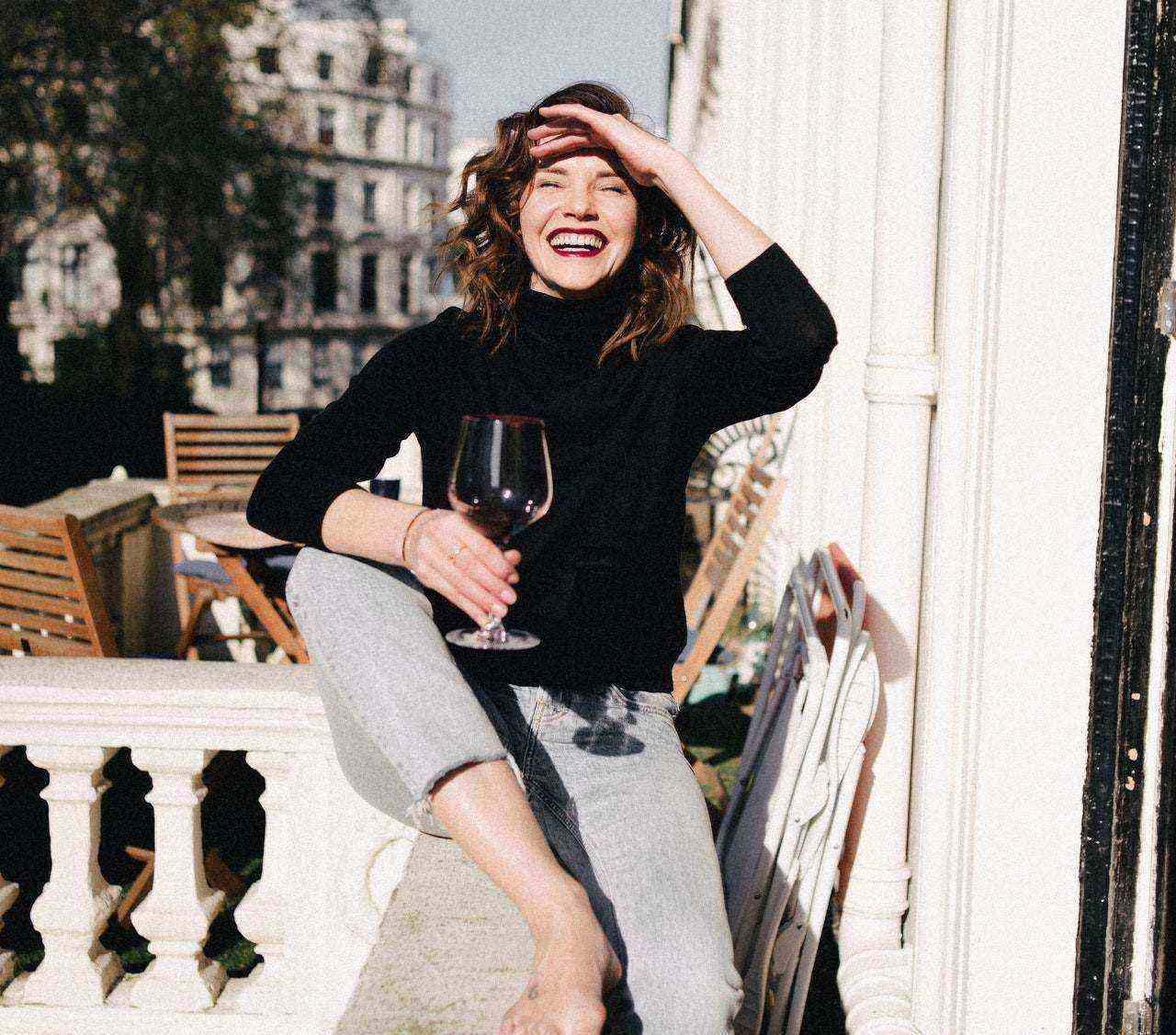 Most species only live as long as they need to reproduce. The idea, which world-leading longevity and Harvard genetics expert Dr. David Sinclair, called antagonistic pleiotropy, is that we are evolved to stay healthy and alive till we are 40, after which the forces of natural selection decline.

As Dr. David explained in his Talk at Google, at 40, we’ve most likely bred or had children, and our bodies feel like there’s no need to stick around much longer.

Though we’ve always thought of aging as natural, it isn’t. And according to experts, here are some things you can do to help you stay healthy and active both physically and cognitively even at old age.

1. Work on your spirit to alleviate stress (Self-Mastery)

In his talk with Tom Bilyeu on Impact Theory, anti-aging expert, Dr. Alexander Paziotopoulos added a surprising factor in his conclusion — having a strong spirit helps you live longer.

He explained that in clinical practice, they do a lot of Ketamine psychotherapy where they help people dissociate themselves from their ego, and go deep into their subconscious.

In this one-on-one encounter, the patients can gather a lot of information about themselves. This process dissociates them from the delusion they have of themselves and the world, making them able to see things without all the filters that we have built into us. As Dr. Alexander explained,

“The process is highly guided so that they take a week to create their intentions and their suggestions to themselves… We usually have binaural beats in the background, I talk with them, we then do about an hour of debriefing, after which they write huge knots out to themselves.”

But how does building a powerful spirit help with aging?

If you have a powerful spirit, Dr. Alexander explained, when someone comes after you and says some nasty stuff, it doesn’t do anything to you. You don’t ruminate about it or explode on that person. You simply notice that person is just compromised.

You’ll see things for what they are, and you’ll have trust in yourself and have control over your emotions. In other words, when you have a powerful spirit, you’ll act exactly the way you want to act at all times, and this brings mental balance and clarity.

However, building a powerful spirit doesn’t come from believing in some dogma. It comes from believing in yourself. As Dr. Alexander pointed out, it comes from mindfulness, diving deep into your past, and understanding what negative patterns you have that are prevalent today that hijack you.

When you have this kind of control over your internal state, you have conquered emotional stress. And as Dr. Alexander said, “Stress is one of the fastest aging components that we have to deal with.”

As observed in rodent studies, if you take a rodent and reduce its calories by 25 percent for its whole life, it will live longer but will be really miserable and aggressive — this is true for humans as well.

As Dr. David Sinclair said himself on Health Theory with Tom Bilyeu, “I’ve tried calorie restriction for about a week, and I gave up. I was pretty angry.”

What most of us often forget about dieting is that it’s not just about what we eat, it’s also about when we eat.

And what’s been found in the rodent studies is that as long as you have that period of hunger in a mouse so that you can feed them every other day, they have the same longevity as a mouse that has always been hungry. And they end up eating about 90% of what a mouse having free access to food will eat.

What this means for us as humans is that we can enjoy life as long as we just have a period of hunger maybe once a day or twice a week.

This, Dr. David said, helps the body to fear adversity and the future, but not enough to cause lasting damage or the unspooling of the DNA that will lead to disease and eventually death.

Don’t overdo it. You want to be a little bit puffed and a little bit hungry. Starvation or malnutrition is not going to make you live longer. As Dr. David concluded,

“It’s a fine line, and what we’ve learned from many animal studies and an increasing number of clinical trials in humans is that you want to pause it, let the body recover. We used to make animals go hungry all their lives and it worked. But it actually works better if you let them recover and I think that’s the secret.”

When you eat less, you are activating the survival circuits or the longevity genes. And when they are activated, there’s a massive chain of benefits like decreased oxidation, decreased inflammation, genomic stability, regeneration, autophagy (where the body cleans up damaged cells and regenerates new ones), etc.

You can decide to go on intermittent fasting twice a week, or occasionally skip a meal, or just decide not to eat until you are stuffed.

3. Get in tune with your circadian rhythm

If you don’t get enough sleep, you’re going to age faster. Here’s why.

Your body knows when you are sleeping, and it changes which genes are active and which genes aren’t. You may sleep 5 to 6 hours a night and still feel great, but your body can’t handle that long term.

As Dr. David explained, one of the most important things that happen when you sleep is that immune cells get stimulated in your brain. The astrocytes are doing all the repairs in your brain while you sleep, and they are more active at night.

Another vital thing that happens when you sleep is that your brain is taking all the memories of the day, and helping you forget some of them. Forgetting is an important process for the brain because your hippocampus gets full of all the proteins that get accumulated during the day.

You don’t want to remember every little detail of the day. We don’t have that capacity. And if you don’t get enough sleep to regularly process that short-term memory and free it up, the next day you are going to be compromised in your ability to remember.

Here’s the thing. Your circadian rhythm is a natural internal process that controls your sleep-wake cycle and it repeats roughly every 24 hours. Animals are very good at scoring up their circadian rhythm. It’s why birds can’t get up too late.

There’s not a bird that says, “I don’t get up until noon.” They just get up, go to bed at the same time, and rise again the next day at the same time. And as Dr. David put it, “This automatic circle set’s a biological clock so that everything happens on a 24-hour cycle.”

This process is especially important because certain hormones need to be released at certain times, and certain repair mechanisms need to happen at the immune system level or the brain.

If you’re not sleeping well and you keep waking up probably because of anxiety or sleep apnea, it means you are not getting enough REM cycles. Every time you wake up, you restart the whole sleep system. In David’s words,

“Your first REM cycle takes a long time — usually over two hours. And every successive REM cycle can be compressed. Meaning, in 7 hours, you can easily get 4 REM cycles. But if you keep waking up, you can be in bed for 9 hours and never get to that point.”

Related: 5 Foods That Naturally Staves Off Dementia, According to Science

“I firmly believe that most of us operate really well off of meat,” said anti-aging expert, Kellyann Petrucci.

Eat more plant-based foods. Plants, especially organic plants which have withstood more environmental stress, have phytochemicals. And when we take in these plants, the phytochemicals help induce autophagy and also reduce oxidative stress.

As David Sinclair said in his Talk at Google, the world health organization has now declared aging as a medical condition. Just because aging is common doesn’t make it natural or normal.

Most of the changes we undergo as humans are influenced to a large extent by us. Hence, we shouldn’t accept frailty and aging as natural ways of life just because they are common. We don’t do it for other diseases, we shouldn’t do it for aging either.

Adopt the right lifestyle changes with the mindset that everything you do matters. In the short term, these simple changes may not seem like much, but in the long run, they will result in significant changes.

Related: A Brain Surgeon’s Guide to Reduce the Risk of Dementia