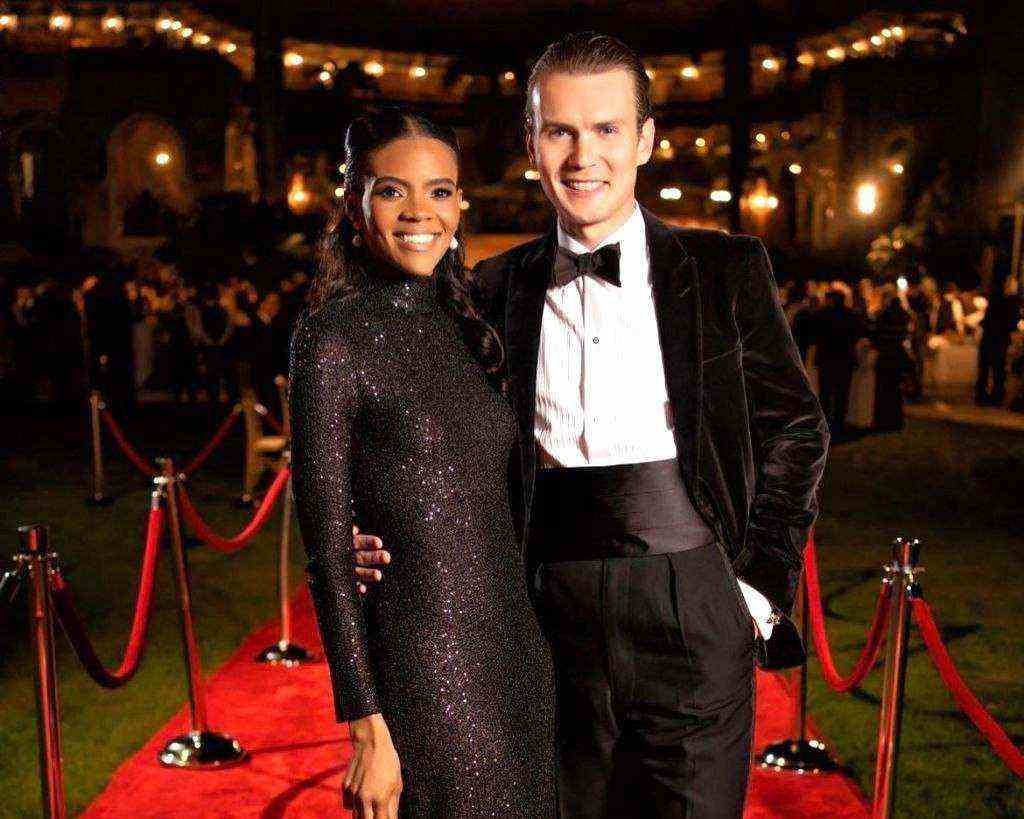 George Farmer is mostly known as the husband of Candace Owens, an American political commentator, activist, and author. And though their love story, as you will soon learn, is spectacular, there’s so much more to his life.

First, George has a career track record that’s quite interesting. Though he started being privileged financially being born into a wealthy family, one can say that he is a self-made millionaire. Without further ado, let’s get to the details about Candace Owen’s husband, George Farmer.

When was George Farmer born?

He was born in London in 1989. His parents were Lord Michael Farmer and Jennifer Potts. Lord Farmer (aka Mr. Copper) also has a track record of success.

For instance, he was the co-founder of the Red Kite Group of hedge funds, which George himself would later join before it was closed on March 24th, 2020.

Because of the kind of environment George grew up in, he became highly politically inclined at a young age. And he attributes his track record of political investment to the kind of family he grew up in.

At an early age, they had discussions about serious topics in politics. He was exposed to the inside world of politics. And these discussions will later spore his interest and eventually a career in the political world.

Though their names are unknown, sources suggest that George grew up with two siblings.

George schooled and lived all his teenage life in London until he was eighteen.

After that, he attended the University of Oxford just northwest of London where he graduated in 2011 after studying theology. He specialized in the ancient church, did classical Hebrew, and studied a variety of different things, as their system of education demanded.

After Graduating, he went into banking for about a year and a half. After leaving his job at an investment bank, George joined his father where they both ran his hedge fund  — along with its cofounders — that trades base metals. He did this for some years.

George’s family is very political. This is why George and his siblings were exposed to different political ideologies at a young age. According to George, at the little age of 8, they were having discussions about who the next prime minister will be and how his or her leadership will affect the country.

And as a result of this early exposure, George quickly developed an interest in politics. This made him join different political societies when he was at school and he got involved with politics at oxford.

George became the CEO of Parmer in 2021.

What is George Farmer’s net worth?

As you may know already, George has a background in managing hedge funds with his father. In addition to that, he also has an influential wife and he’s no doubt a hardworking and diligent person.

He also became the chief executive officer of Parler 2021, an American social networking service. After considering all these trackings of achievements, you won’t be surprised to understand why George is a millionaire.

How did George meet Candace Owens?

George Farmer first met Candace Owens when she went to London for an event in December 2018. And they first set their eyes on each other at the Royal Automobile Club (RAC) in England.

She was there to give a speech and when George watched her, he felt a connection. In his words, “From that moment onward the connection was made.”

They met each other here and there after that first encounter. And two and a half weeks later, they were engaged. That’s a really short window to move from just friends to lovers and then to marriage. But from how these two connect during their moments together, you can tell they have something special.

According to Candace, she never would have thought of herself as someone who would get engaged to someone she just met after two weeks. But it happened because even she can’t control love. Who can?

When George first proposed to Candace, he was on a flight. He did it through facetime. Yes, it sounds crazy, but it didn’t matter. These were the words he literally said:

“Hey, I’ve got this crazy question for you, I don’t know how you feel about this… But I love you and I want to spend the rest of my life with you… Will you marry me?”

Candace was in her car during the facetime. And she was so stunned. She pulled her car over and said “Yes” on the spot without considering the answer.

Now, obviously, he couldn’t put a ring on her finger through facetime. At the time of the proposal, George was on a trip to South Africa.

He gave her a ring on the 14th of February at a restaurant in Philadelphia, a few weeks after the proposal.

As you would expect, the wedding was a big ceremony. It was held on the 31st of August in 2019 near Charlottesville, Virginia at the Trump Winery.

The bride, Candace, wore three gowns for the whole ceremony. And the guests, which included many public figures, were seen wearing “Make Wedding Great Again” red hats at the reception.

After the wedding, Candace Owens took to her Instagram page to share great moments and loved-up photos of herself and her husband.

On the other hand, George made a lovely comment about how his wife looked on that special day calling her the most beautiful woman he’s ever met. He then showed gratitude to Eric trump for giving up the Trump Winery for their wedding. As it turned out, the venue was perfect for the occasion.

In August 2020, Candace Owens made the reveal that she was 5 months gone with her first baby boy. She gave birth on the 13th of January 2021.

She made the big reveal on Twitter with a pic of her newborn baby. And she received congratulatory messages from all her supporters, including Donald Trump.

The couple is expecting another child in 2022.

Candace Owens and George Farmer are two strong voices in the world of politics. They express their views unapologetically and succinctly. It’s no wonder why they fell in love with each other so quickly.

As George revealed in an interview with PragerU, they both first fell in love with their minds. He said that having someone to talk to about the things that matter the most to both of them, which is politics, makes him feel like he has a teammate and a soulmate in one person.

They are a great team indeed. And we hope they keep having the most splendid married life.