Adetayo ToluwalopeJune 27, 2022Dating Tips for Women RelationshipsLeave a Comment on Cut Him Off He Will Miss You (9 Reasons Why It Works) 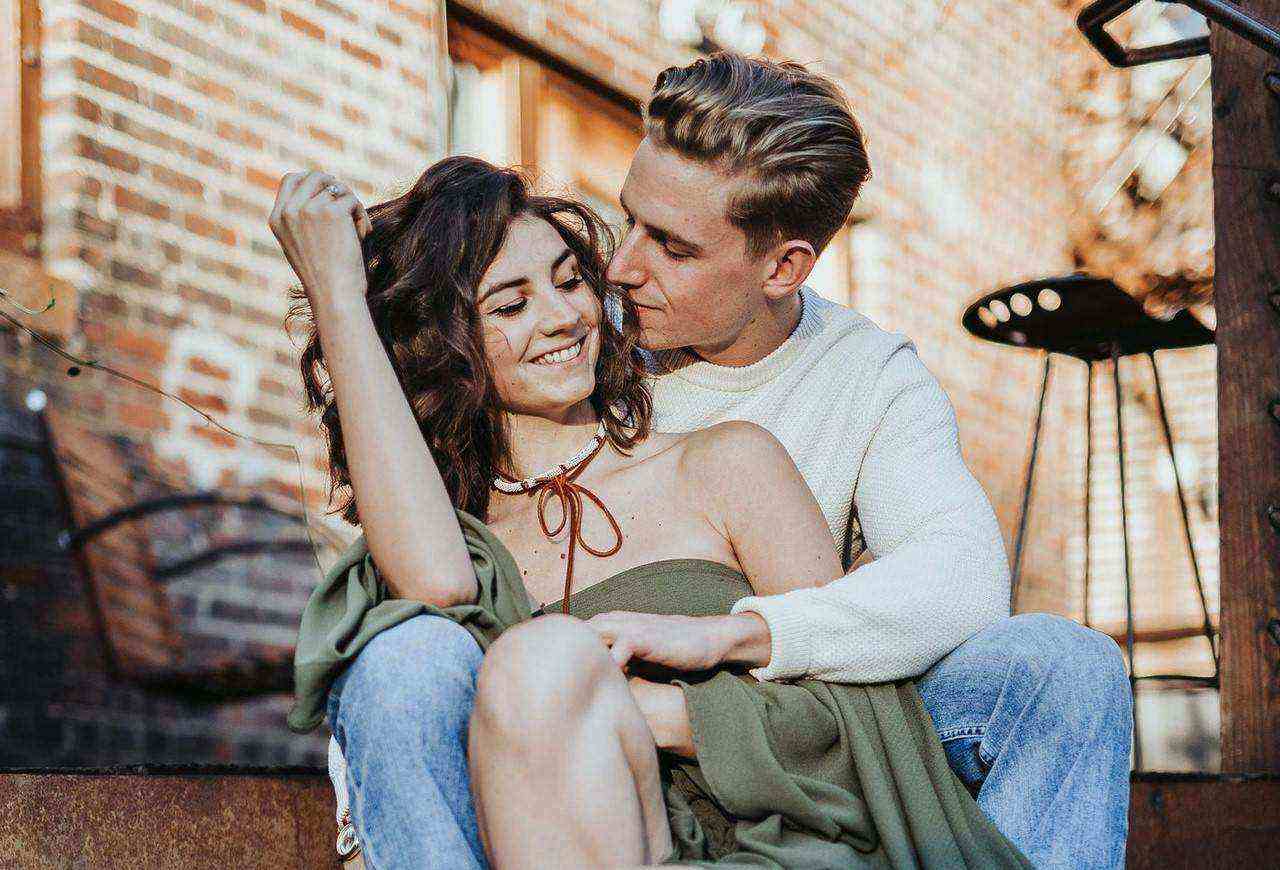 The relationship between my boyfriend and I wasn’t always so rosy. When we started, we had many difficulties that led to him breaking up with me several times.

Ken and I met at a seminar in college and we started dating a few months after. Although we cared deeply for each other, I quickly noticed a pattern. At any slight disagreement, Ken would break up and go AWOL for a couple of days until I begged and persuaded him to come back.

After being through three breakups within six months of dating, I was exhausted and ready to put an end to it.

The next time we had a misunderstanding, Ken pulled out his breakup card and went AWOL again, waiting for me to take the lead and beg him, as usual. This time, I cut him off. Of course, it was painful because I loved him so much, but I knew how important it was for him to know my value and significance in his life.

A month went past, and I did not reach out to him, even though I was hurting and confused deep down.

It might hurt to cut someone you love from your life, but if you realize they are taking you for granted, it is a certified method to help them discover your worth.

After a long period of no contact, Ken came begging. To date, we have not broken up, and we now settle our disagreements with love and affection.

You are probably reading this because you are in the same shoes as I was. Maybe you are with a guy you love so much, but somehow, he takes you for granted.

You might think cutting him off is counterproductive to the result of making him miss and cherish you, but like they always say, we don’t value what we have until it’s gone. Here are some reasons why cutting him off will do the trick.

1. It will show him your value

Most couples in a romantic relationship share an emotional bond. This bond between partners leads to the release of oxytocin, serotonin, and dopamine. And these feel-good hormones are associated with all the positive emotions you feel in your partner’s presence.

Hence, when you cut your partner off, you are indirectly cutting off the good feeling of oxytocin and dopamine he gets when he’s with you. And according to this research published by the Cambridge University Press, this is precisely why breakups hurt so much.

This tip will only work when you cut off all forms of contact with him and do not give any sign that you still miss him. Men are intelligent, and even from miles away, they can tell if you are still obsessing over them.

If you think you can’t control not contacting him, you can take drastic measures like blocking his number or blocking him on social media to let him have a taste of what your absence feels like in his life.

2. He starts to realize you don’t need him

One of the many reasons why a man takes you for granted is because — one way or another — you have shown him you can’t live without him.

Breakups are hard, I know, but you must show your man that you are in control of your emotions at all times. He’s probably out drinking with his friends, telling them, “Oh, she can’t do without me. She’ll call soon.”

Please don’t call or sit around all day moping and stalking his profile like he expects you to. Imagine his shock when he finds out you have blocked him and moved on. It’s one of the surest strategies to get him to miss you.

Cutting him off knocks him out of this illusion.

According to Amy Levine, a renowned and certified sexuality educator, she advises,

“Consider how much energy you are wasting on thinking about your ex. Realize that redirecting that energy can change the course of your life and take action.”

Instead of stalking him on social media or asking everyone about him, go cold turkey and invest your time into more productive activities. When he sees you are doing better without him, not only will he miss you, he will respect you more.

3. It will curb your jealousy

Not only will cutting him off make him miss you, but it will also help you stay sane. Listen, your ex might be out to get you after a breakup. Men do this by immediately attaching to a new girl and posting intimate pictures of themselves on social media. When you cut him off, you don’t get to see this.

Researchers have linked the continuation of online/offline contact with your ex to the stunting of personal growth and emotional recovery.

The study used Facebook as the social media surveillance and reported that those who kept up with their ex by constantly checking their pictures and updates had a more challenging time healing and moving on. They also experienced nagging, stress, and bouts of jealousy— behaviors that pushed their ex farther away from them.

4. You’ll have the power

When you posted that picture on Instagram, you hoped to catch his attention. Despite the hundreds of comments praising your beauty and admiring your dress, you patiently wait for your ex to see you looking pretty and slide into your DM.

Newsflash, this hardly works. If you are pretty, I’m sure your man knew this before breaking up with you. Your looks are not enough to bring him back. It would help if you had something more tangible to make him recognize your power and come back begging.

Posting a lovely picture might not do it, but when you cut him off, he will miss you. If he stays blocked for a couple of days or weeks without any effort to contact him, he will realize your power and act accordingly.

5. You create an air of mystery around you

Cutting a man off will leave him with so many questions. And when someone is curious about you, they think of you. And this will, in turn, make him miss you and come crawling because he wants answers.

What are you doing? Are you dating someone new? Did you eventually get that couch you’ve been dying to? Are you not jealous he’s with someone new? Why did you block him? So many questions and not one single answer.

When he was a part of your life, he was always the first to know things about you. Now, not only have you blocked him and cut him off, he has to learn new things about you from others. This power shift will put things into perspective and help him miss you.

Interesting: 5 Psychological Tricks to Make A Man Miss You Badly

When you cut a man off, he will be forced to reflect on all the details of your relationship somberly. It’s a principle of human nature that we do not appreciate what we have until it’s lost.

When we spend a long time with someone, we start to overlook what attracted them to us initially. Slowly, we start to appreciate their presence less, ignore their texts, and finally, take their love for granted.

When you cut him off, you will be forcing him to reflect on your qualities and all the reasons why he fell in love with you in the first place. This will be like pulling off the carpet from under his feet because you are taking away the things he is used to.

7. He will respect you more

If you were in a relationship with a guy that takes you for granted, the chances are high that he doesn’t respect you. He thinks he is your world and has you wrapped around his fingers, giving him the right to speak and act however he wants.

8. It will deflate his ego

Of course, he truly believes this. You have shown him so much love; he is confident you can never find another man. Well, it’s up to you to prove him wrong. Fake it till you make it, they say. When you cut him off completely, you force him to adjust his ego and accept that he is replaceable.

9. It will make him miss you

Sometimes you need to give a man space to feel your absence. And according to studies, being separated from your partner can have serious effects, ranging from loneliness, irritability, stress, and anxiety.

When you have formed an emotional bond with someone, your cortisol level increases when you are separated. What does this mean for you?

It means that when you cut off your ex completely, he may start to exhibit withdrawal-like symptoms, anxiety, insomnia, and irritability. These chemical changes in his body will awaken him to how biologically and emotionally bonded you are to each other.

Related: When Do Guys Start to Miss You After a Breakup? 9 Signs

There has been a consistent t

heme with all the points mentioned above, and that is distance. It would help if you kept your distance from your ex as soon as he ghosts or breaks up with you. The extent, depth, and duration of this distance depend entirely on whether you want him back or not.

Love is blind is a popular cliche that everyone says, but there is always room for objectivity. Before you take him back, carefully evaluate the issues surrounding the breakup and determine whether continuing the relationship will be the best course of action.