10 Hard-To-Fake Signs He’s Into You

Destiny FemiSeptember 27, 2022Dating Tips for Women RelationshipsLeave a Comment on 10 Hard-To-Fake Signs He’s Into You 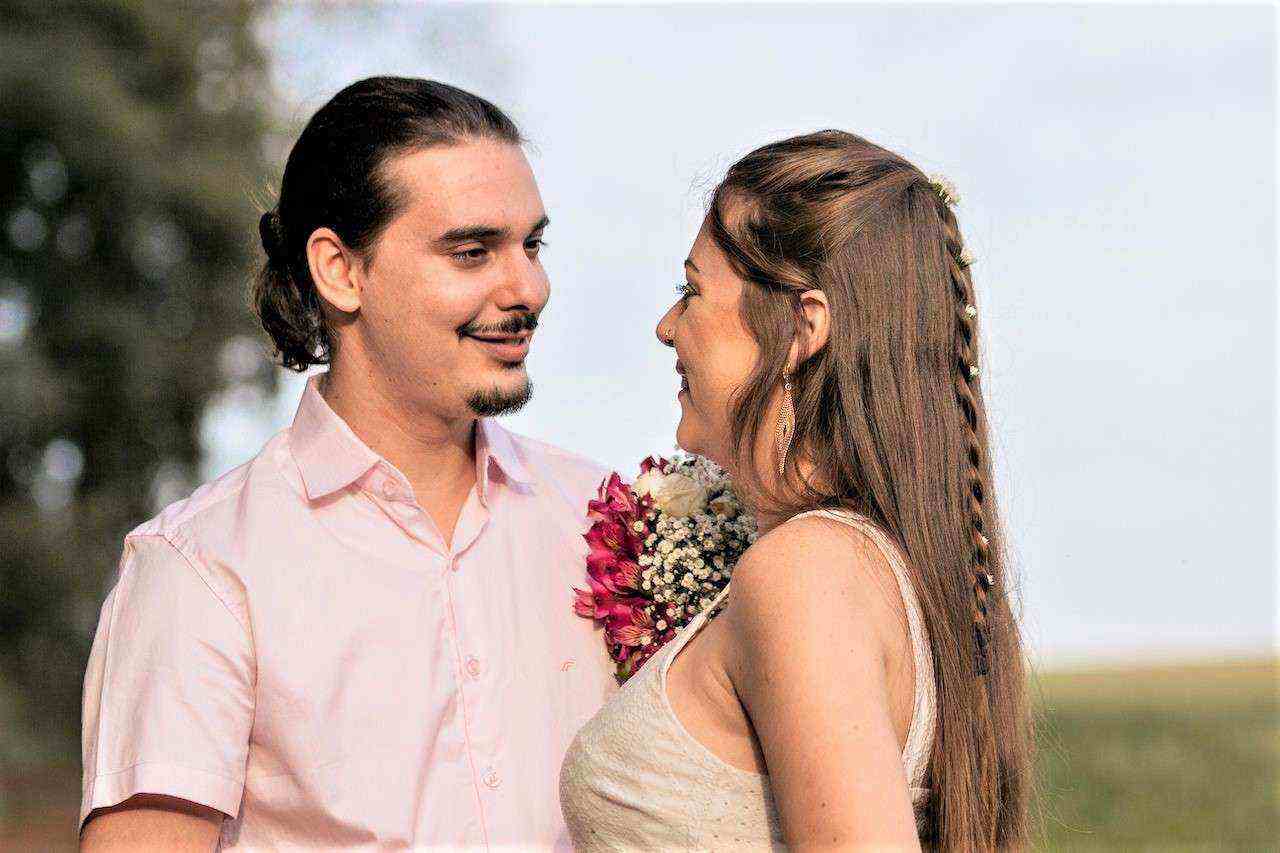 Having feelings for someone subconsciously triggers us to act in certain ways towards them, even without realizing it. This is why those around you will sometimes realize that you like someone before you realize it.

That said, people suppress their feelings for different reasons.

It could be that they’re afraid you may not feel the same way about them. Or maybe they think there’s no chance for a relationship between you and them.

Whatever the reason may be, even the best actors will give you some of these ten signs when they’re trying to suppress their feelings for you.

1. Jealous — but pretend not to be

Jealousy is an uncontrollable feeling. We impulsively feel it when we think that someone has something we want — or think we deserve. And it’s one of the best ways to know if a guy is fighting his feelings for you.

When you’re together, he may try to put on the front that he doesn’t care that much, that you’re just friends. But when he sees you with another guy, his attitude towards you changes. He cannot control it.

You’ll see it in how he suddenly becomes touchy after seeing you hang out with another guy. He may attempt to reduce the guy’s status by subtly mentioning some of his weaknesses as his honest opinion of him.

2. His body language will give him away

Our body language comes from our instincts. This is why you’ll block your face with your elbow at the speed of light —without thinking — when something is about to hit your face.

Even if a guy doesn’t want to accept to himself that he wants you, his body will tell you a lot about how he feels towards you.

For instance, when he’s around other girls, he doesn’t really care that much about what he says or how he shows up. He speaks freely without any ounce of self-consciousness.

But when he’s around you, he suddenly becomes conscious about everything he does. You notice a change in his attitude. He becomes more thoughtful and considerate.

3. His friends will give him away

When a guy likes you, he’s going to say great things about you to his friends. He may not tell them directly that he likes you, but he’ll praise certain qualities like how respectful, caring, and beautiful you are.

As a result of this, there’ll most likely be some weird behavior within them whenever you’re around. For instance, there may be dead silence whenever you show up. They communicate with their faces or tease him about you.

4. You catch him admiring you

When you’re together, he doesn’t give you the impression — or tell — that he likes you. He keeps it 100% cool. But when he’s far, you frequently notice him admiring you. And once you catch his gauze, he quickly looks away.

Secret admiration doesn’t have to be far away. Sometimes it’s that look on his face when you ask him how you look and passionately says you look amazing. These are defining moments to show you that he’s hiding his feelings for you.

5. Always has time for you

Whenever he has a chance to hang out with you, he grabs it. He wants to study together and talk about ideas.

This is because we want to see more of what we like. According to studies, the mere act of locking eyes with, touching, or being close to someone we like activates oxytocin, the feel-good hormone.

Hence, someone who likes you always wants to see more of you because your presence makes them feel good.

The warm treatment comes when he spends a good time with you. Though he doesn’t want to admit that he likes you, he feels really good when you’re both on good terms and spending quality time together.

But the cold treatment comes when he sees you with another guy. He’ll suddenly become short-tempered and distant, like you offended him. But he won’t be able to say the exact thing putting him off balance since he doesn’t want to admit it.

7. Frequent attempts to impress you

He may try not to be too obvious about it. But you’ll sometimes see his humble bragging.

He’ll subtly bring your attention to some big achievements he has going on for him.

For instance, he may mention the fact that girls really liked him in high school but he just didn’t have time for them. Or, he may intentionally show off his abs — if he has them — when he knows you’ll be on sight.

Interesting: How to Attract and Date High-Value Men

8. Attempts to make you jealous

He may deliberately ignore you and hang out with beautiful girls when he knows that you’re on sight. And while he’s with those girls, he’ll frequently look your way to see if you’re paying attention to him. He’s trying to get a reaction from you.

Some guys will do this just for the fun of seeing you jealous of them. Some will do it in a sincere attempt to know if you feel anything for them.

Another way a guy may want to make you jealous is when he frequently mentions how so many girls find him attractive. He’s indirectly telling you he’s a hot shot, and you should want to be with him.

Of course, some of these strategies are toxic and childish. None of them comes close to simply confessing your feelings like a mature person.

Sometimes the chemistry between you and a guy will say all you need to know.

You’ll see this chemistry in how he looks at you. His compliments show that he pays extra attention to you. When he calls your name, he adds a touch of care to it. His hugs are more tense and prolonged, unlike how he is with other girls.

If you see this kind of undeniable chemistry between you and a guy, there’s a great chance he’s fighting his feelings for you.

He may not say it in words because he isn’t sure how you feel about him. He’s afraid of jeopardizing the friendship he already has with you.

10. He guards his reputation around you

The more you’re attracted to someone, the more their opinions of you will matter to you. This is why you can wear anything to hang out with your friends but you dress up and become extra self-conscious when you’re going on a date with someone you like.

When a guy likes you, he’ll be extra cautious about his reputation around you. He may start acting calmer than he acts when he’s with other girls. He’ll be more conscious about his looks. He’ll try to make you laugh.

He’ll be extra cautious not to say something stupid.

These are all signs that he likes you. If a guy doesn’t like you, he will not care about what you think of him.

People resist their feelings for you for different reasons. But if you see a cluster of these signs and you feel the same way about the guy, the ball is in your court to make them feel comfortable to open up and be direct about how they feel.