These 8 Skills are Hard to Learn, But They’ll Pay off Forever

Destiny FemiOctober 16, 2022Self-Help1 Comment on These 8 Skills are Hard to Learn, But They’ll Pay off Forever 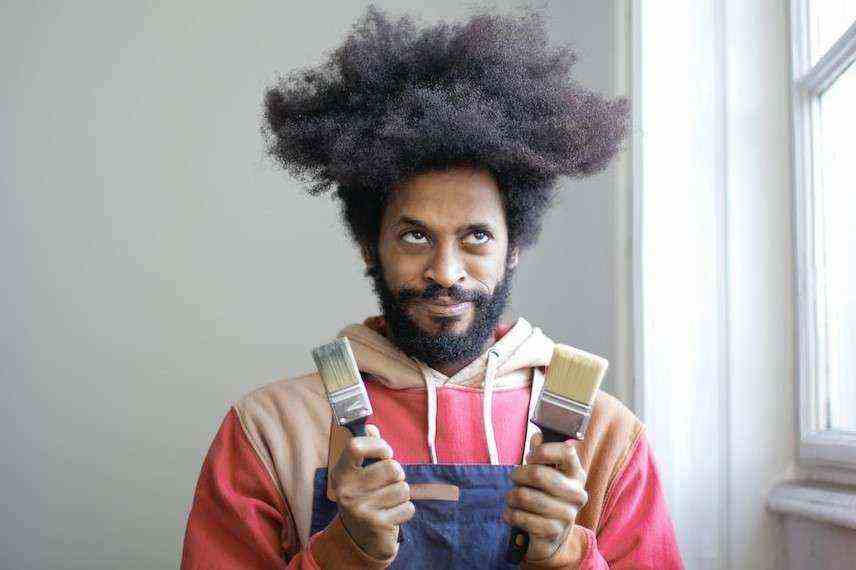 1. Making your bed/ Cleaning your room

I recently came across an article by Business Insider titled, “A Navy SEAL commander explains why you should make your bed every single day.”

The whole article is a transcript from an interview with the Navy SEAL commander Admiral McRaven.

He explained that the major reason making your bed first thing in the morning is the most important task of the day — whether for a Navy SEAL or for anyone — is that it gives you a sense of accomplishment. It’s easy, and that’s the whole point.

After making your bed, and it’s well arranged and fine, you really feel you’ve done something useful already, and the day hasn’t even started. That’s a well-deserved rush of dopamine right there.

And the extent to which that single task can shape the rest of your day positively cannot be overemphasized. As Admiral McRaven said,

“It’s about making your bed right and walking away and going, “OK, that’s good… As simple as it sounds, I’m proud of this little task I did. And that is really what I think sets the tone for the rest of the day.”

Some people find it easier to doom say and complain about all the things going wrong with the world. But I dare you to take on the task to keep your room in order every morning as you wake up.

It sounds simple, but it has changed the lives of some people. And it could change yours too.

2. The subtle art of not giving a flying f*ck

When I was in college, I sought the validation of almost everyone I came across. I’ll laugh and jump on request if it makes someone like me.

But did that make me win any real friends? NO. All the friendships I forced were always on the terms that I keep being the one to take the blows and the inconveniences. And there were many moments I hated myself for taking those blows.

This is what life does to you when you give too many f*cks. If you’re someone still seeking likes and validation, here’s an unsettling truth for you:

It took me a while to let that sink in deeply. But when it did, everything became clear. The reason I’ve always made terrible friendships that thrived at my expense was that I kept forcing people to like me. And who doesn’t like a friendship that’s on their terms?

3. The wisdom in self-control

I like to read the German Philosopher Arthur Schopenhauer. Though his writings are over a century old, it still strikes a chord whenever I read them. In one of the compilations of his writing called The Wisdom Of Life, Schopenhauer wrote,

“A little self-control at the right moment may prevent much subsequent compulsion at the hands of others.”

In the Laws of Power, Robert Greene explained the importance of concealing your intentions. And the reason for this, as Robert echoed Schopenhauer’s wisdom, is that people are always looking out to use your weakness against you.

Most people — including your so-called friends or fans — secretly hope that you’ll do something embarrassing. They expect you to overreact and shoot yourself in the foot when they passive-aggressively annoy you.

Some people deliver good news to everyone. They don’t watch faces to see who’s really happy for them. Out of excitement, they reveal everything amazing about themselves and build envy against themselves unnecessarily.

I’m not saying that you shouldn’t share good news or express anger sometimes. But to be controlled by these things is foolishness. People are always on the lookout. And once you slip, they won’t catch you. They’ll simply aid your falling in a “friendly” way.

4. The ability to endure boredom

Until I understood that boredom was my friend, I never made any significant improvement in anything in my life.

I first came across the idea of boredom being a good thing after reading Robert Greene’s Mastery. I could say that that book changed my life.

After graduating college with a degree I couldn’t use to do anything, I drifted from one skill to another. I barely lasted one month in training with some of them. What was my problem?

But reading Mastery made me realize that there’s more to one’s life task than just fun and excitement. I realized that even the things I was passionate about will be difficult and boring sometimes. And this realization changed everything for me.

I started writing a little after that. And fast forward to five years later, I’m still writing full-time as a source of income.

Maybe you’ve heard it before, but writing isn’t for only those who write professionally.

I learned from Jordan Peterson that to be able to think, you must learn to write.

We still read the words Marcus Aurelius wrote to himself to date because it communicates something deep, something that has resonated with people for centuries. That’s the power of writing.

There’s something powerful in being able to communicate ideas to people. It’s therapeutic, both to the reader and the writer. So many people swear by journaling because it’s one of the best forms of therapy.

Here’s the thing: We are too complex. When you write, you help yourself take some of the complexity and chaos and put some order into it. This is why journaling is so effective.

Sometimes after I write my thoughts down and read them again, I realize that I don’t really believe them. They were just thoughts in my head. And the only way I could know what I believed was by writing them down.

Anyone who produces at an elite level understands the power of deep work.

Tim Denning talks about flow states. And it’s how he’s been able to consistently produce a high volume of quality content for so many years without running dry.

If you don’t know, flow state is a concept in productivity and psychology that explains a mental state where you are highly immersed and involved in a task. In this state, you have a high level of energy and focus that makes your brain think faster. It’s an amazing place to be.

Some people get there by chance or luck.

But some people know how to induce flow states to get work done. These are people who have mastered the concept of deep work.

Deep work simply means working in a state of complete mental focus. No phones, no internet, no email, no nothing. Even when you take short breaks from work, you don’t let in distractions.

It was popularized by the professor of computer science Carl Newport in his book, Deep Work

The reason deep work works so well is that the brain is designed to think and connect ideas. But we restrict its ability by using distractions to short-circuit our thinking process.

If your brain is formulating an idea and you receive a text from a friend, that idea is gone. And you’ll come back to that task in frustration. Mastering deep work isn’t easy, but it will set you apart for life.

I’m still fascinated by the concept of this analogy that James Clear used to explain the power of small habits. In his famous book Atomic Habits, James said,

“Complaining about not achieving success despite working hard is like complaining about an ice cube not melting when you heated it from 25 to 31 degrees. All the action happens at 32 degrees.”

This line perfectly explains the power of consistency.

Ten years ago, almost everything excited me. I fantasized about being a singer, a talk show presenter, a big-time actor, a crush-worthy bass guitarist, and so much more.

And most of these “passions” came whenever I came across someone good at those things. But I was never consistent enough to see any of them through.

Like most people, all I had was an emotional reaction to the things I wanted to do. Once the excitement wears off, the urge to do any of those things also left me.

Consistency, on the other hand, requires a different approach. You can’t depend on feelings alone. You have to know what you want, why you want it, and what you’re willing to do to get it. This is how you succeed.

I come across people who complain about not succeeding all the time, and when I look at their lives, all I see is a series of projects, skills, and relationships they quit halfway. They never stuck to anything long enough to make it work.

Not everyone who ages matures. Age is biological, but growth and maturity is a choice.

Unlike biological growth, emotional maturity cannot be noticed until you interact with someone. And what most people don’t understand is that your level of emotional intelligence determines to a large extent how people see you.

Let’s say you see a handsome man that you’re already crushing on from afar. But the first time you came close to him, he was in an argument with a colleague and he lashed out, raised his voice, and argued blindly.

The way you see such a person will never be the same.

When you’re emotionally intelligent, you find it easier to be alone without having your mind work against you. You also don’t believe everything your mind tells you. You are introspective, and therefore, you can easily examine the contents of your mind and not quickly feel attached to it.

In a world as distracting and busy as ours, this is a skill everyone must cultivate to stay sane.

There you have it. I think these are the most important skills that have gotten me where I am today. And every successful person I’ve met — physical and online — swears by most of them. But I’m also curious to know about the skills that have helped you the most. Maybe I could steal some of them.