He Ended It But Still Contacts Me. Here’s Why

Destiny FemiJanuary 25, 2023Dating Tips for Women RelationshipsLeave a Comment on He Ended It But Still Contacts Me. Here’s Why 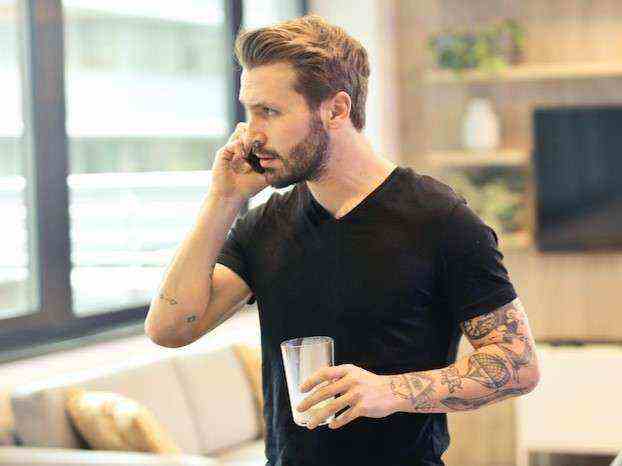 Breaking up with someone is never easy, and it can be even more confusing when your ex continues to reach out to you after the split.

You may be wondering why he’s still contacting you and what his intentions are. The truth is, there could be a variety of reasons why your ex may be reaching out to you even though he is the one that ended things.

We’ll dive into 10 possible reasons why your ex may be still reaching out to you. Some of them might be in line with what you’re thinking, while others might come as a surprise.

But what’s important is that you’ll have a better understanding of why your ex is reaching out to you, which can help you make sense of things and move on with your life.

So, whether you’re feeling confused, hurt, or just plain curious, read on to discover some possible explanations for your ex’s behavior. I hope this article helps you to understand your ex’s intentions and find closure.

1. He still has feelings for you

A guy breaking up with you doesn’t necessarily mean that he stops caring about you or stops having feelings for you.

Sometimes, the feelings can be so strong that it’s hard for them to completely let go of the relationship. If this is the case with your ex, he may be reaching out to you to see how you’re doing or to check in with you, even though he ended things.

It’s also possible that he’s experiencing feelings of regret after ending the relationship, and he’s reaching out to you as a way of trying to reconnect or to see if there’s a chance for reconciliation.

This is particularly true if he ended the relationship impulsively or without thinking things through.

2. He regrets his decision to end things with you

Sometimes, when we’re in the heat of the moment, we make decisions that we later regret. Your ex may have ended things impulsively, without fully thinking it through.

And now that some time has passed, he may be realizing that he made a mistake and he’s regretting ending the relationship.

Another major reason why he might be regretting his decision now is that he never met anyone like you after you guys broke up.

Maybe he ended relationships because he felt the grass was greener on the other side only to get disappointed to realize that things are not as pretty as he expected.

3. He wants to remain friends

In some cases, even though the romantic relationship is over, a guy may still value you as a person he wants to maintain a friendship with you.

This can be a tricky situation to navigate because it can be hard to distinguish between someone genuinely wanting to be friends and someone who’s still holding onto romantic feelings.

Besides, “remaining friends” can mean different things to different people.

Some people may truly want to be friends and have no ulterior motives, while others may be using the friendship as a way to keep tabs on you or as a stepping stone to getting back together.

This is why it’s vital to talk openly with your ex and understand why he wants to remain friends, and also to be honest with yourself about what you’re comfortable with.

If you’re not ready to be friends yet, that’s okay and you should set boundaries that work for you. But if you’re open to the idea of remaining friends, it can be a great way to maintain a positive relationship and move on healthily.

4. He’s not sure about ending the relationship

He may have ended the relationship because of external factors, such as stress, pressure, or a misunderstanding. And now, after some time has passed, he may have realized that breaking up with you was not what he wanted.

Or, he may have had an argument or a disagreement with you and ended things without truly meaning it. Now, he’s having second thoughts and regrets his decision. He’s reaching out to you to see if there’s a chance for reconciliation or to see if you’re still open to the idea of getting back together.

It’s like he’s testing the waters, trying to gauge your feelings on the matter.

[Related: When God Wants You With Someone, This Will Happen]

Going through a breakup can be a really tough and lonely time.

Suddenly, you don’t have that person in your life who you used to share everything with. And even though the relationship may not have been a healthy one, it can be hard to let go of the emotional connection.

So, your ex-boyfriend may be reaching out to you because he’s feeling lonely and wants someone to talk to. He may be feeling like he needs someone to fill that void that was left when you two broke up.

Maybe he’s not looking to get back into a romantic relationship with you, but rather he’s looking for someone to be there for him emotionally.

6. He wants to keep his options open

Sometimes guys just keep contacting their ex because they want to still have you while still having the option to go out with other girls.

By reaching out to you and keeping in touch, he’s able to maintain a sense of connection with you, while also being able to explore other options.

It’s a way for him to have his cake and eat it too, so to speak. This could be frustrating for you as you may want to move on and this contact may hold you back.

He may also be reaching out to you to see how you’re doing or to check in with you, just in case things don’t work out with someone else. He wants to keep the possibility of getting back together open, just in case he changes his mind later on.

It’s like having a safety net, where he can fall back on you if things don’t work out as he planned.

[Also read: How to Glow Up After a Breakup]

7. He’s still getting over the breakup

Just because your ex-boyfriend ended the relationship doesn’t mean that he has completely processed and moved on from the breakup.

He may be still going through the process of healing and coming to terms with the end of the relationship. During this time, he may reach out to you as a way of coping with his feelings.

He could also be looking for closure or just someone to talk to. It’s not uncommon for people to want to keep a familiar connection while they are going through a difficult and emotional time.

Sometimes people just need time to come to terms with the end of the relationship.

Think about it, ending a relationship can be a big change and a big transition. It takes time to heal and process the end of a relationship, and it can be difficult to immediately jump into another one.

Your ex may be feeling that he’s not ready to start dating again, and that’s why he’s still contacting you.

It could also be that he’s not over you yet and reaching out to you is a way for him to hold onto that connection he had with you. He may be trying to keep you in his life, even if it’s just in a small way, in case he changes his mind and wants to try again.

[Related: 16 Sure Signs He Wants to Come Back to You After a Breakup]

9. He’s trying to maintain a sense of control or power

When a relationship ends, it’s natural to feel a sense of loss and a lack of control over the situation.

For some people, this can be especially difficult to accept. And for your ex, he may be trying to maintain a sense of control or power by still reaching out to you.

Think about it, if he’s still in contact with you, he still has a certain level of influence over your thoughts and emotions. He may be trying to keep you on the hook, or perhaps he likes the idea that you’re still thinking about him.

By continuing to contact you, he may feel like he’s still a part of your life and that he still has some level of control over you.

If this is happening to you, you should understand that this behavior is not healthy and it’s not something you should tolerate. Set boundaries to prevent unnecessary emotional turmoil.

10. He’s using you for emotional support

Sometimes, people who end a relationship might still be going through a tough time and need someone to talk to. And on some rare occasions, they might turn to their ex for support because they feel comfortable with them and know that they’ll listen.

It’s not appropriate if he’s only talking to you when he needs someone to vent to, but it’s not uncommon for exes to lean on each other for emotional support during a tough time, even if the relationship is over.

When someone is going through a difficult time, they may turn to people they trust and feel comfortable with. And if your ex still feels that way about you, he may be reaching out to you when he needs someone to talk to or when he needs a shoulder to cry on.

[Read: When Do Guys Start to Miss You After a Breakup?]

Sometimes, we end a relationship impulsively or even unintentionally, but then we start to feel guilty about it afterward. And this is often because we realized afterward that we still care about the other person and that we made a mistake in ending things.

Hence, your ex may be reaching out to you as a way of trying to ease that guilt of messing up a great thing.

On the other hand, he may also be looking for validation that he made the right decision in ending things or that you’re moving on.

12. He’s just trying to be cordial

Some guys are mature enough to understand that break-ups don’t always have to be bitter and hostile.

So they may see the value of being cordial and not burning bridges, as you may cross paths again in the future, and he wants to maintain a healthy relationship with you. This type of behavior will only come from a place of maturity.

What Do You Do If Your Ex-Boyfriend Still Contacts You?

Well, first things first, you have the power to decide how you want to respond to your ex’s contact. Whether he ended things with you or not, you deserve to have agency over your feelings and actions.

This is the best step to take, especially if you’re confused about his intentions.

Ask him why he’s reaching out, what his intentions are, and what he hopes to achieve by maintaining contact. This can give you a better understanding of where he’s coming from and help you decide how you want to proceed.

Another thing you can do is set boundaries. If you’re not comfortable with the level of contact your ex is trying to maintain, it’s important to communicate that to him and let him know what you’re comfortable with.

You can set limits on how often you want to talk, what type of communication you’re open to, and when you’re available.

4. Get some space from him if needed

Do what feels right for you. You deserve to be treated with respect and dignity, and you deserve to have agency over your feelings and actions.

[Read: How To Make A Guy Regret Ghosting You]