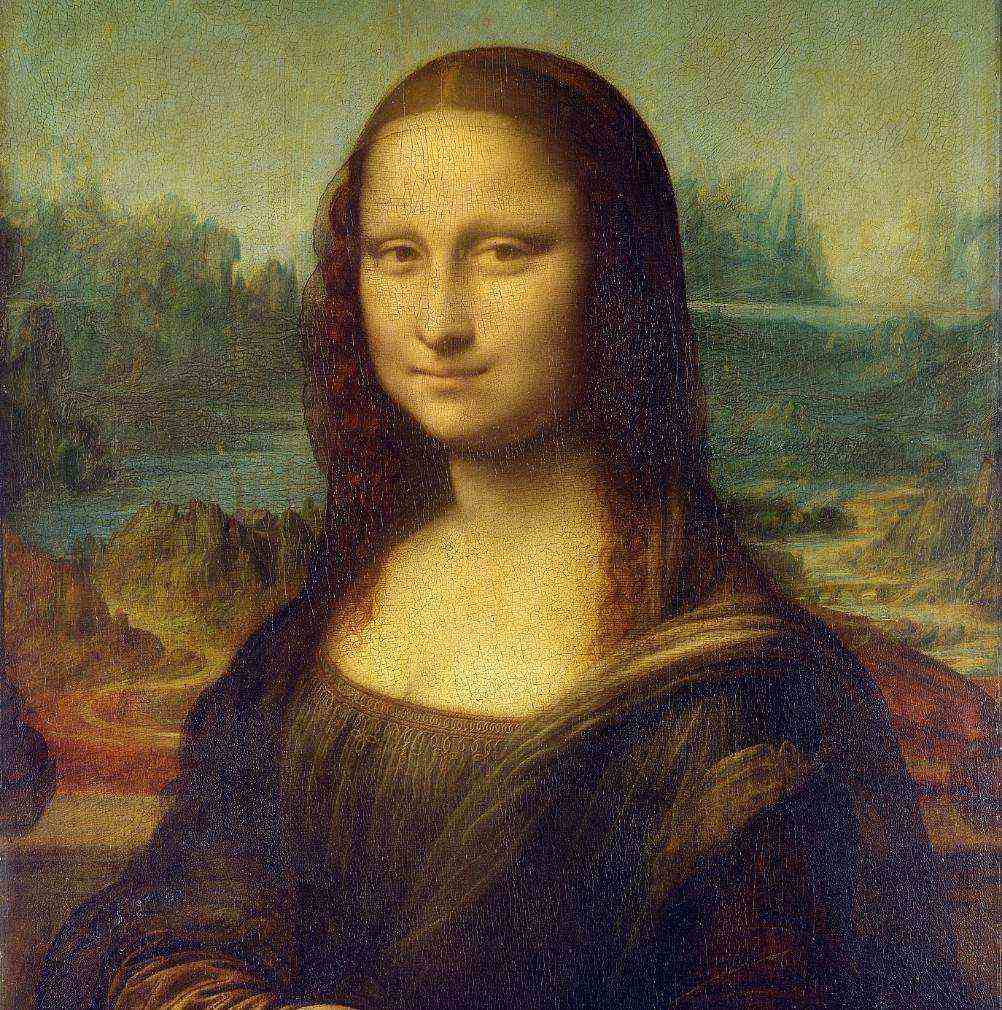 Leonardo da Vinci was born as the illegitimate son of a Florentine notary, Ser Piero. And as an illegitimate son, he wasn’t allowed to have an education or pursue a noble profession like medicine or law. As a result, Leonardo grew up wild and unschooled.

Often left on his own as a child, his favorite thing to do was to wander through the countryside and he would go to the primitive part of the landscape where there are rock formations, grass, streams, birds, etc., which he always found fascinating.

One time, when he was 8 years old, Leonardo snuck into his father’s office and stole some pieces of paper. In those days, a paper was a very rare commodity and it just so happened that as a notary, his father had lots of it.

Leonardo will then take these papers into a wild part of the forest that he was very attracted to and begin to draw everything he saw, ranging from flowers, rocks, trees, etc.

Drawing landscapes may not be a big deal today, in those days, it was an extremely peculiar thing for a young boy to do in those days. First of all, children hardly drew. And when there was any drawing, they were adults drawing human figures — figures which often had a religious significance.

Without any teacher or mentor, Leonardo continued drawing practically everything he saw. At 14, he had become so good his father had to get him an apprentice position at one of the most important art studios in Florence with the artist Andrea del Verrocchio.

Though Leonardo was rebellious by nature, he learned — to an extent — to subsume that part of his nature to be able to learn. And as it turned out, he became the most diligent student in that studio.

He took practice and experimentation to the extreme. After sketching exercises, Leonardo will stay back and move the lights to different points so as to capture an image from different angles. He was obsessed.

As Leonardo went through the apprenticeship, he began to introduce his own exercises and experiments. Sometimes he would walk through the streets of Florence and draw the people as they were walking by. He would randomly go into brothels, prisons, churches, etc., and draw people’s faces with different expressions.

One time, after realizing that the angel wings most painters painted weren’t realistic, Leonardo set out on a new task to be the first to paint realistic angel wings. And for this, he went to the marketplace, purchased some birds, and sat there for hours drawing the wings.

He’ll then set them free and also observe their movement for better detailing. After much observation, experimenting, and practice, he finally painted wings that looked like they were out of the back of an angel.

Obsessed about art and invention, just being a painter wasn’t enough for Leonardo. He had to immerse himself in engineering, hydraulics, architecture, painting, and sculpture. This all-around knowledge made him extremely valuable in his field. So valuable that if you wanted to hire him, you had to take him as someone who was a part of your court so that he can observe you closely and have a greater feel on how to go about doing your project.

In a time when painters were undervalued and underpaid, Leonardo designed a completely novel career path. A path that got him to work with top figures like the Duke of Milan and the king of France.

What Paul Graham and Leonardo teach us about passion and creativity

Though the “follow your passion” narrative has a bad rap nowadays, there’s nothing wrong with it. The only issue is how we see the idea.

Passion only brings a love for a craft, not the skill for it. Your passion will be just as difficult for you to master as any other thing. But your love and connection to that craft are what will keep you through the points that will break so many others.

At 17, back in the 70s when hacking was still a new thing, Paul Graham learned to hack. Because of his love for the craft, he made computer sciences and Artificial Intelligence his focus in school.

But while in school, he realized that despite his love for the vocation, he hated the school environment. He hated the offices and the politics of academia because, like Davinci, he’s a rebel. He gave up academics, after which he moved to Italy, where he studied art and learned to paint.

In 1995, Paul Graham heard an ad on the radio about how online buying and selling is the future of the internet. Suddenly a light bolt went on in his head. He immediately realized he had all the skills that put him in a perfect position to pull off this online buying and selling which was still very new at that time. He would use his knowledge of aesthetics, programming, hacking, artificial intelligence, design, and the psychology of design to design the best platform for it.

The website (Viaweb) Paul Graham created with his friend, Robert Morris, in 1996 became the first platform that allowed users to make their own internet stores.

In 1998, Viaweb was purchased by Yahoo! for 455,000 shares of Yahoo! stock, valued at $49.6 million. Paul went on to gain prominence in the programming world for his remarkable skills and essays.

What Leonardo, Paul Graham & Alan de Botton all have in common

Your uniqueness as an individual is manifested by the fact that you’re drawn to certain activities in your early years. It could be a physical activity like dancing or sports. It could be something more intellectual like math or music. Or you could just be a young boy drawn to nature and want to capture it as beautifully as possible.

We are often drawn to our vocation in a preverbal way. As Robert Greene wrote in Mastery,

“Your true self does not speak in words or banal phrases. Its voice comes from deep within you, from the substrata of your psyche, from something embedded physically within you. It emanates from your uniqueness, and it communicates through sensations and powerful desires that seem to transcend you.”

Alan de Botton, for instance, found at a young age that he loved to spend a part of every day alone, thinking, reading, and analyzing ideas. As you would expect, he thought his path must be to go to the university and probably become a professor — a path which he started. But just like Paul Graham, this didn’t work out for him.

According to him, something as insignificant as the University buildings and the kind of shoes the professors wore just made him sense that he couldn’t become like them. In his words, the whole thing smelt a bit wrong. As he said,

“I love to be conventional… I would have loved to be an accountant or a doctor, but somehow, it just didn’t work with my own inner emotional function… What was driving me was a kind of impulse to try and sort out emotional issues. It was a drive stronger than me. I didn’t want it to be here, but it was there.”

Highly creative people are those who opt for career paths that merge with their deepest interests and inclination. They feel a deep, somewhat personal need to discover something or solve a problem that perplexes them, or to invent something they feel is missing.

Feeling personally engaged and motivated in their work, they focus more, they work faster, and they are more patient and persistent than other people.

However, finding your passion isn’t about quitting your job to go into music because you fantasize about being a musician. Or going into writing because you feel it’s your calling. Rather, it’s about being so obsessed with writing that even your real job doesn’t stop you from writing.

You do it just for the mere pleasure of engaging with the craft and watching yourself grow. It is this obsession that makes people build enough career capital to be able to do well when they do decide to quit their real jobs for their passion.

These three men didn’t have their passions in their heads. It wasn’t a fantasy. It was an existential reality that was evident in the tiniest fabric of their nature. It was an obsession they couldn’t ignore.

And in a world where the mere passage of time set’s in decay in our professions, such obsession is what we all need to get to the peak of our creative energy and unlock what we are truly capable of.