How To Be A Good Boyfriend: 10 Ways To Do It Right

By Team Growth LodgeMarch 21, 2021RelationshipsLeave a Comment on How To Be A Good Boyfriend: 10 Ways To Do It Right 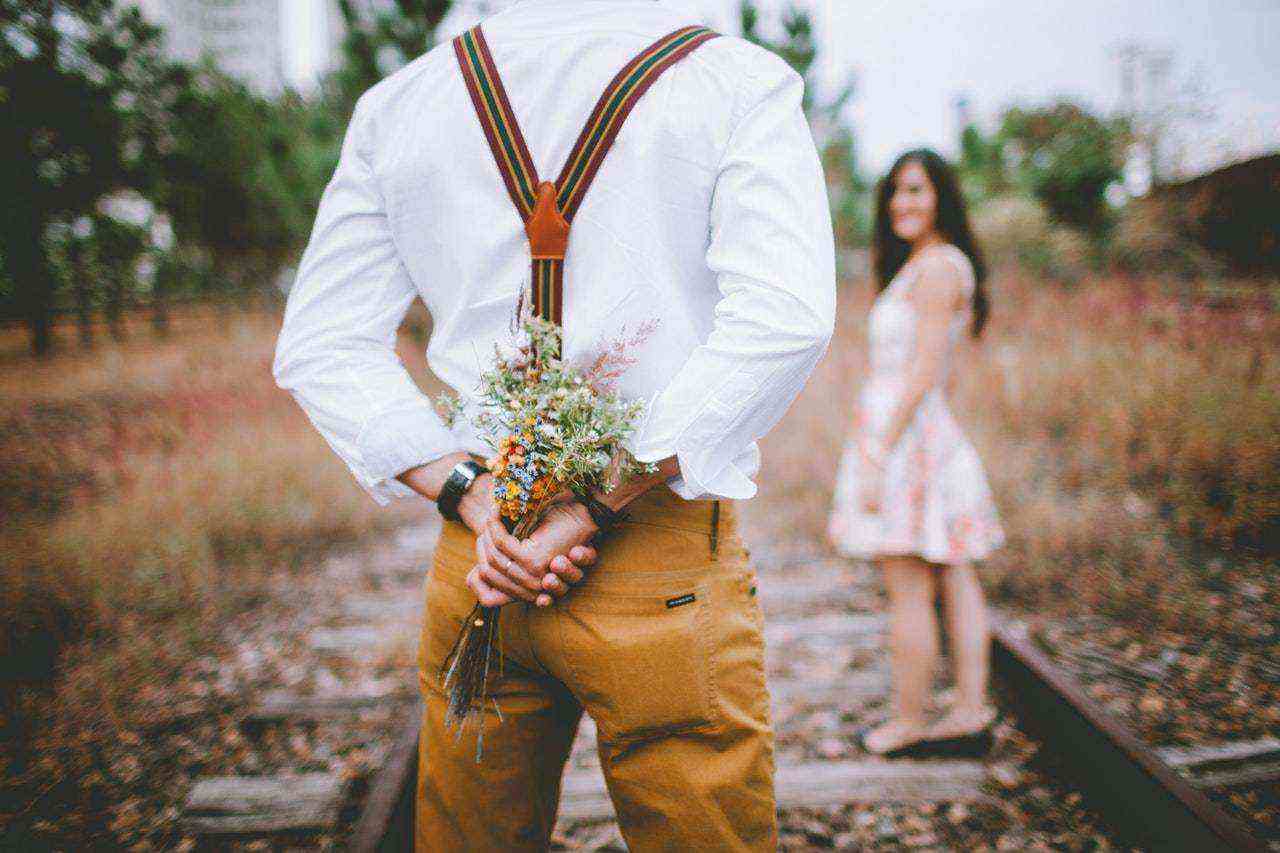 The things you need to do to be perceived as a great guy in a relationship are often counterintuitive.

For instance, in your quest to get your woman’s attention, you might end up trying too hard, making you appear needy.

You think lavishing her with attention will make her know that you care, but to your surprise, it made her feel suffocated.

At the start of every relationship, things like attraction, great sex, respect, excitement, romance, are natural. But how do you keep things great?

Keeping the novelty in a relationship often has to do with actively making the effort to do certain things, in certain ways, at certain times.

This, however, doesn’t mean you become a robot, being too conscious about all the moves you make. But it sure means that you deliberately put in the effort to hone and craft your reputation as the man of the relationship.

That said, here are 10 things you can do to have a great relationship.

When you handle your relationship with an insecure mindset, you inevitably push a lady away.

For instance, a guy might be so afraid of getting dumped that he allows a lady to walk over him and do whatever she wants. He might even be afraid of having contrary opinions in conversations with her because he is afraid she might not find it appealing.

On the other hand, the fear of getting dumped might also make a guy want to control a lady. He gets easily jealous because he’s unsure of himself, asking unnecessary questions about everything she does and where she goes.

We’ve all seen both scenarios play out on different levels, and either of them ever ends up well. Sooner or later the lady either leaves the relationship out of boredom or frustration.

What you need to do is create the right dynamic.

To be a great boyfriend, handle your relationship from a secure and fearless position.

Understand that you are good enough.

If you truly believe this, you’ll naturally feel secure because you’ll know there’s no reason for her to leave you.

Your self-assurance will show through your character which will make her value you more.

2. Learn to play along with her drama

Ladies can be quite dramatic.

And if you want to have a great time with them as a guy, you must learn to put up with their drama.

If for instance, your girl starts complaining about something you find insignificant, like where to eat, or how she can’t go to an important party with you because of her hair, that’s not the time to burst into anger.

Don’t get dragged into the drama.

Instead — if possible — learn to turn it into something funny.

Most guys get sucked into drama too quickly. Every time a girl becomes dramatic, they take it personally.

Laugh it out. It shows emotional maturity and self-control.

65% of divorces occur because of poor communication, and it’s no wonder.

Words on the other hand shine light on chaos.

No one wants to have to guess what’s on your mind. It makes them uncomfortable.

A strong indication of maturity is that you understand that not everyone can read your mind.

Hence, a large part of being a great boyfriend is being good at saying what you feel.

Good communication makes us see and understand our places in a relationship better.

It brings comfort, security, and assurance.

4. Show you care, without saying it

It is great to say the words “I care about you” or “I love you.”

But being able to show her through your actions that you care has a much stronger effect on her.

Ask her about her unfinished projects. Ask her how her day went and be truly interested in what she has to say.

These things may seem minute, but in the long run, it’s going to foster a deeper emotional connection than your words can.

5. When you think she did something great, tell her

Nothing sounds better than a sincere compliment from someone whose opinion you care about.

We all doubt ourselves and our skills from time to time. And as such, you can never overestimate the impact of a well-deserved appreciation.

However, this doesn’t mean you should tell her she’s great all the time.

Rather, see it this way: We all need encouragement. Sometimes it’s unbelievable how little encouragement most people need to do great things.

Therefore, sincerely complimenting her when she does something great makes you someone vital in her life.

It shows that you believe in her. She begins to see you as someone she can count on and draw strength from.

6. Don’t treat sex as a privilege you get from her

In his youtube video, Relationship Advice for Men, the relationship expert Dan Bacon put it like this:

“Turning sex into something that you’re getting from her, gradually makes her stop wanting it.”

It is a psychological principle of human nature that when we have too much of something, the value depletes.

Most guys see sex as a kind of favor they get from their girlfriend.

If for instance, your girlfriend initiates sex after a random night out, don’t act like, “O my gosh… I’m gonna get it tonight.”

Don’t act like you’re lucky for having sex with your girlfriend. An attitude like that will ruin your relationship in the long run.

You need to create a dynamic in which she’s excited to have sex with you.

Make her want it too. If she doesn’t want it, she won’t enjoy it. It’s a psychological thing.

A good boyfriend understands that sex isn’t about getting something from your girlfriend. It’s about making love together, mutually.

When a relationship is young, things are naturally exciting. But what happens when time passes and the natural decay caused by familiarity sets in?

Here’s a dynamic that plays out in most relationships:

A guy and a girl start out having a great time. But after some months or years, the relationship starts becoming boring.

The guy in his attempt to reignite the “fire” starts playing hard to get the girl’s attention. But this only makes him look needy, instead of caring.

Here’s what Robert Greene wrote in The Art of Seduction:

Novelty doesn’t happen by chance. It must be intentionally created.

You must learn to back off once in a while. Get busy with important stuff. The key here is to make your woman want more of you, not less.

8. Don’t kill her trust in you

We all share sensitive things about ourselves with those we love.

And we do it with good intentions: We want them to know that we trust them and we can count on them.

But sometimes, some guys commit a great offense against this trust. How?

In times of heated argument, they use the sensitive things their woman has told them about herself against her.

If she told you how depressed she was when her previous boyfriend ended it with her, calling her an insecure girl when things get hit up is a betrayal of trust.

Learn to hold whatever secret your woman tells you delicately. Using it against her will crush her trust in you.

9. Continuously put in the effort to spice up your relationship

“Plan and work diligently to maintain the romance in your relationship.”

Here’s the hard truth: No matter how good-looking or sexy the couples are, the excitement in every relationship is going to start fading at some point.

Familiarity bores people. But there’s a way out of this.

The only antidote to this natural decay that set’s in overtime is to deliberately put in the effort to spice up your relationship.

Don’t think “since I already have her, then I’m a great guy.” People break up all the time.

If you want to be a good boyfriend, learn to create novelty. Surprise her once in a while. Create suspense. Getaway sometimes.

Let your woman know that you are proud to have her.

If you keep telling her how much you love her and you can’t hold her hands in a public place, she might begin to doubt her place in the relationship.

Boldly introduce her to your friends at parties. Post her pictures once in a while.

This assures her that she’s important to you. It means you take her seriously.

Of course, not everyone’s a fan of public display of affection.

Nonetheless, actively think of ways to show her that you are not ashamed of having her by your side.

As Robert Green put it In The Art of Seduction,

“There is too little mystery in the world; too many people say exactly what they feel or want.”

What this means is that seduction — or having a great relationship — doesn’t happen naturally.

You don’t just do or say whatever you want, you have to diligently put in the effort and think of ways to keep the mystery and beauty in your relationship.