How To Be More Creative: 8 Actionable Tips

By Team Growth LodgeMarch 22, 2021Creativity Self-Help1 Comment on How To Be More Creative: 8 Actionable Tips 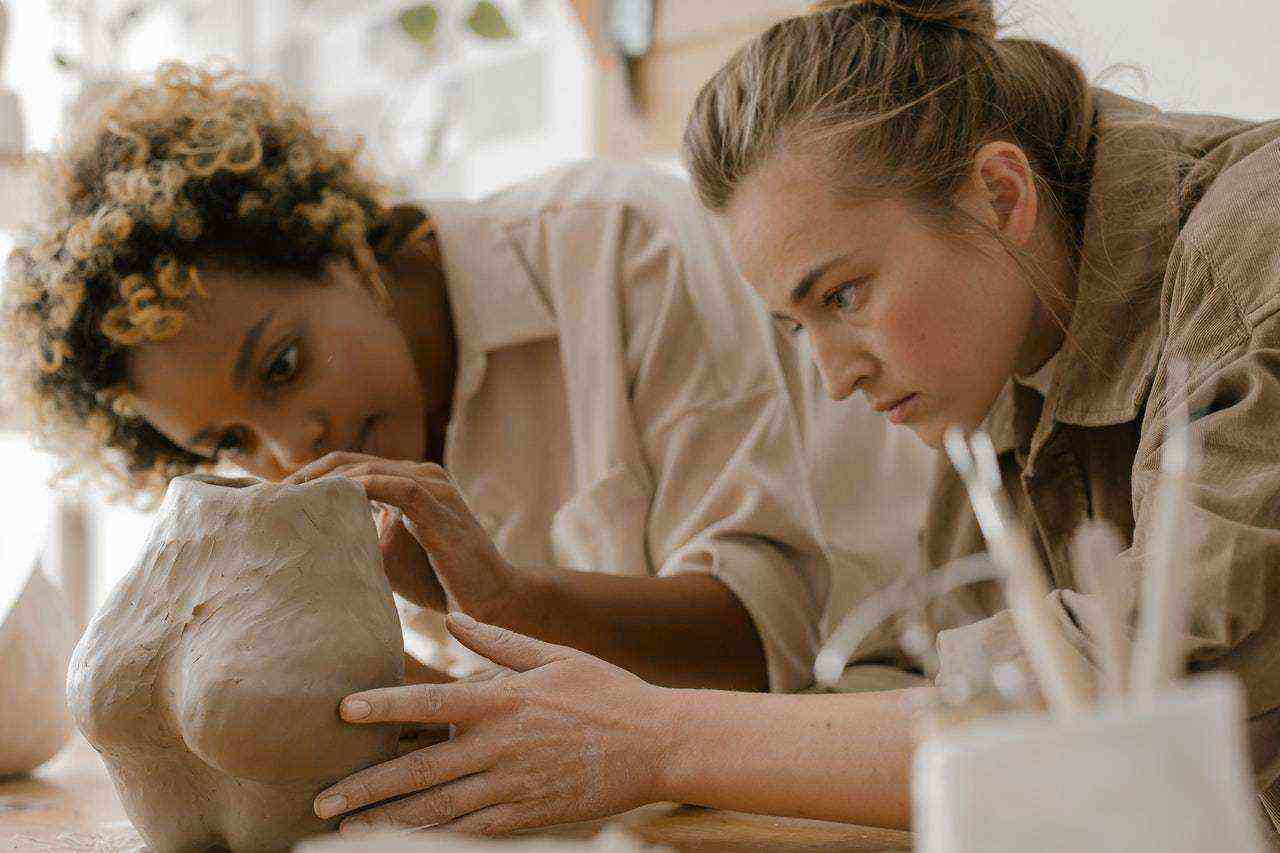 Creativity and flexibility are inseparable.

Naturally, our minds are designed to connect ideas. Remember when you had a great idea concerning a long-standing problem after you’ve taken your mind off it?

Often, your mind becomes a creative machine after you’ve worked long enough on something.

Look at the most creative writers, painters, actors, artists, musicians, scientists, inventors, and business investors in the world. They all spent a good amount of time honing their craft.

They became idea machines because naturally, our minds are wired to bring ideas together. It is how we’ve survived and advanced so well.

So how do you make your mind more creative? Here are 8 actionable tips to follow.

First, Understand What Works For You

One of the most prominent hindrances to creativity is our innate need to conform.

Often in life, we suppress the parts of us that make us unique because we see our difference as a weakness.

We ignore our individuality to follow trends. We pick up passions because others are succeeding at them. We forget one thing:

The hard truth is that we’ve all been soaked deep into the norm of duplicating the lives of successful people.

We want to know what they are having for breakfast, or what weight loss routine they use.

But as much as it is good to learn from and be inspired by great people, taking it too far can ruin our creativity.

We become clones and shadows of someone else’s life.

The repercussion? We stop listening to ourselves. We stop hearing our creative voice.

Learn to listen to yourself and hone your individuality. Build trust in your subtle voice that often speaks creative ideas.

Create With An Infinite Mindset

In his remarkable book, The Infinite Game, Simon Sinek wrote,

“It is important to celebrate our victories, but we cannot linger on them. For the Infinite Game is still ongoing and there is still much work to be done.”

To make art with an infinite mindset means to forget about praise and recognition.

Often, we want to be good at something because we want to make a splash.

Now, this isn’t a condemnation to anyone who wants recognition for doing what they love. Rather, the point here is that creating solely to make a splash will kill your creative spirit.

First of all, if you create for the accolades you’ll use the nature of the attention you get to measure the importance of what you do.

You’ll think if people are not applauding, or writing great comments about what you’ve done, then it’s probably not that great.

Secondly, if the attention and applause you seek don’t come quickly enough, you’ll get discouraged.

In a nutshell, playing the finite game will squash your creative spirit.

A better alternative? Forget about making a splash.

Focus on the long term. Keep your head down and do the work. When the time comes and you’re truly good at what you do, people will notice.

Pay Attention To Your Inclinations

Often, the voice of creativity is subtle. If you don’t pay attention, it’s easy to ignore.

In 1945, Percy Spencer displayed profound creativity by noticing a microwave’s ability to cook.

He listened to his inclinations. While at work (where he dealt with radiation), he discovered that the candy bar in his pocket melted.

Immediately, his mind put the idea together: If the heat from the microwave can cause the candy bar to melt, then it should be able to cook. He then took it further by experimenting with popcorn and eggs.

Now, most of Percy’s colleagues probably had similar experiences, but they didn’t make the discovery.

Why? They didn’t listen.

To be more creative, learn to listen to that subtle creative voice.

Don’t dismiss ideas when they come to you no matter how banal or unconventional they may seem.

Creativity by its nature requires courage.

You can’t be afraid to be unconventional or appear stupid to people. Most ideas are usually tagged as stupid when they first appear. Goethe put it best,

“Every idea is a tyrant when it first appears.”

Look at some of the most successful books ever written. Check how many times they were rejected by publishers.

When Paulo Coelho’s The Alchemist was first published in 1988, it flopped.

He had to knock on the doors of publishers to help him publish his book. Today, it has sold over 65 million copies, and it holds the Guinness World Record for the most translated book by any living author.

Why were these great writers turned down? Their ideas didn’t fit into the publishers’ idea of what a great book should look like.

But just because one person or group of people think your idea is weird doesn’t necessarily make it bad. Often, it only means it’s new or different.

Learn to embrace your ideas no matter how unconventional they may seem. Of course, they may not all turn out to be bestsellers, but you’ll learn what matters: Trusting your creative abilities.

Immerse Yourself In The Process

In her book The Creative Habit, Twayla Tharp accurately wrote:

“To think out a box, you have to start with a box.”

The truth is, most people who come up with extremely creative ideas rarely start out thinking, “I want to come up with the best idea ever!”

Rather, it happened as a consequence of total immersion in the work itself.

The man who discovered the half-stone process that allows the printing of photographs on paper, Fredric Ives, worked for four years in a photographic lab at Cornell University.

Before that, he was an apprentice to a printer for two years.

Creativity doesn’t occur by chance. Those who come up with outstanding ideas have immersed themselves in the process.

Call it the 10,000-hour rule. The point is, when you stay at something long enough, your mind begins to connect ideas in a way most people can’t.

In his remarkable book Deep Work, Carl Newport elaborately talked about the impact of focus on creativity.

The idea is this: If you want to bring out your best ideas and reach the peak of your productivity, you must create an environment where your mind can focus deeply.

Why? As Carl succinctly put it in the book,

We live in a time of maximum distraction. There are more than a thousand fun things you can do at one point.

We want to study, be on Facebook, chat with a friend, and check our Twitter feeds at the same time. We’ve become addicted to the distractions all around us.

But the bitter truth is that short-circuiting your productive flow kills creativity.

Find a quiet place where you can concentrate deeply on your craft.

When you learn to eliminate distractions, you teach your mind to relax, concentrate and be in the moment — the ideal state that sparks creative ideas.

Benjamin Spinball after interviewing over 300 successful people for his book, My Morning Routine, came to one conclusion. As he wrote in his publication in New York Times,

“The decisions we make at the start of the day often determines how the rest of the day will look like.”

If you want the full expression of your creative ability, you must know how to put your mind in the right place at the beginning of the day.

You can decide to listen to a short Tedx talk or listen to a motivational video while exercising.

Start your day feeling alive. Don’t leave your mornings to chance. Take charge of it and use it to set the right

tone for the rest of the day.

If you want to come up with good ideas, you must learn to see ideas as something to play with.

Don’t hold on to them out of a need to assert your ego or prove yourself right to others. Be humble enough to admit to yourself when your view is wrong.

Most of us tamp down our creative ability because we get too attached to ideas even when we no longer hold water.

Trust yourself, but also know when it’s time to let go of an idea.

Freely experiment. When you’re wrong, learn. When you fail, modify your strategy and try again. This is the essence of true creativity.

Becoming more creative isn’t as romantic as most of us think of it.

It is often the product of hard work, discomfort, and drudgery. The key is to love what you do so that the process itself becomes the reward. Robert Greene sums it best in his book, Mastery,

“You must see every setback, failure, or hardship as a trial along the way, as seeds that are being planted for further cultivation…”