How To Be More Social (7 Practical Tips)

By Team Growth LodgeMarch 27, 2021Relationships Self-HelpLeave a Comment on How To Be More Social (7 Practical Tips) 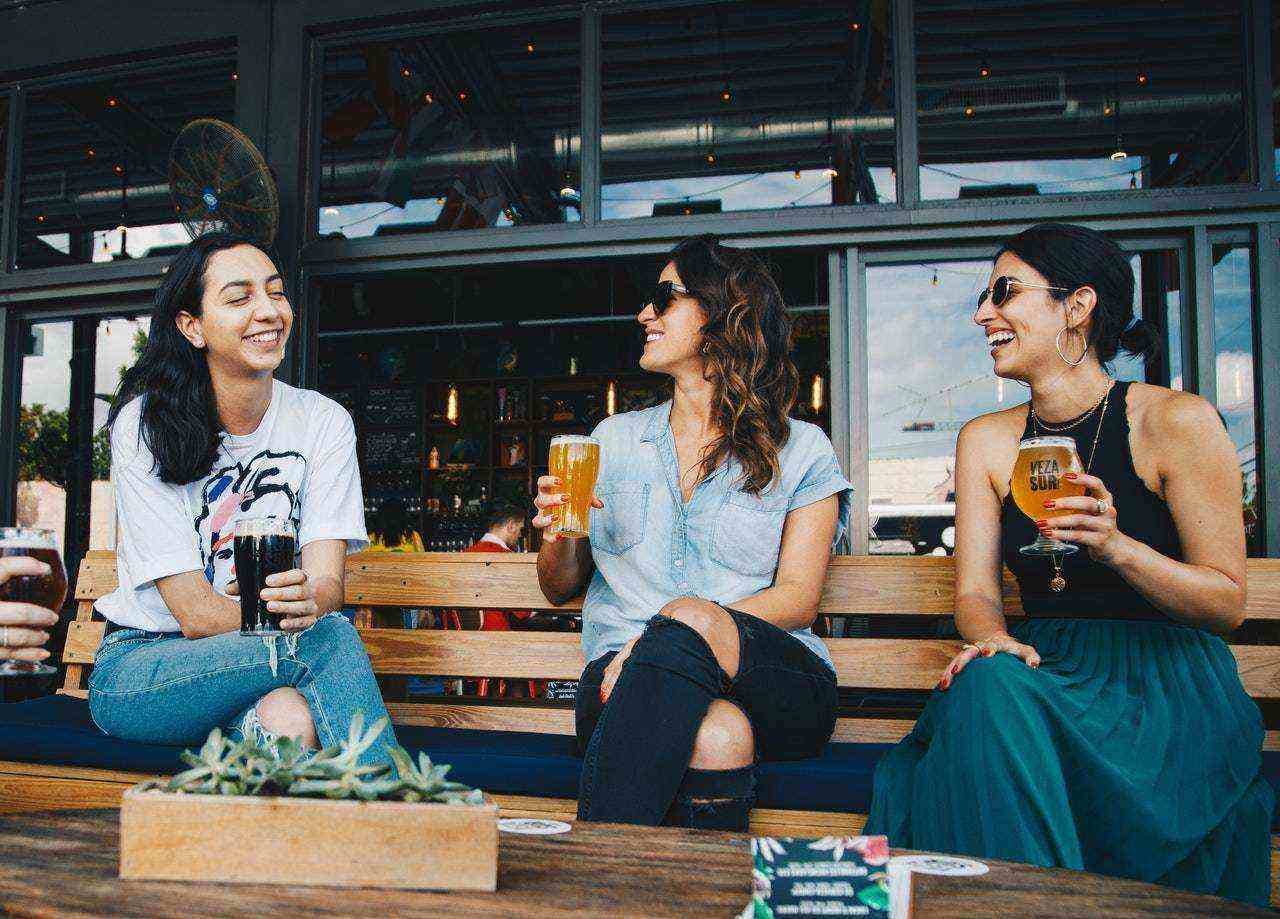 Being an introvert isn’t the same as having bad social skills.

In fact, research by Yale psychologists shows that introverts are not just more empathetic, they also have a better ability to decipher people’s true character in social situations.1

So this isn’t an article telling that “to be more social, you must turn yourself into an extrovert.”

Most people who think they have bad social skills think so because they are introverted. And it’s no wonder why.

Society has painted a wrong image about what it means to be introverted. And as such, whenever we come across someone who isn’t overly excited about going out all the time, we label them as weird, shy, or antisocial.

Slowly, introverts began to fit into the identity that society has designed for them: “If I’m introverted, then I must be socially awkward.”

However, the good news is, being a social person isn’t some permanent trait that is carved permanently into anybody’s genes. It is totally learnable.

Learning to be more social is like building a skill. Once you are ready to work at, sooner or later, it becomes a part of you. And like any other skill, it becomes enjoyable once you master it.

With that in mind, here are 7 practical things you can do to get better at social interaction today.

Bad self-esteem is the foundation of social awkwardness.

Why? We are always telling people who we are and how they should treat us through our actions and body language.

A 2016 research led by neuroscientist Valentina Paz revealed that people with low self-esteem have more difficulty handling social interactions.2 And this is so because a person who thinks lowly of his or herself will surely be afraid of getting rejected by people.

The way you see yourself shows in how you talk, walk, sit, talk, and even how you stand. Without any formal training, people can intuitively tell when a person doesn’t think they are good enough.

Hence, building good social skills starts with taking care of your mind. Understand that you are good enough. Accept yourself first. Learn to trust your abilities. Know your strengths and accept your weaknesses.

Because if you don’t know yourself, then others will tell you who you are. And when your self-evaluation comes from others, you become overly conscious about how they see you and what they think of you.

When you know your worth, social anxiety disappears because you’ll be less worried about what others say about you.

To better understand how to build your self-esteem, read: How To Be More Confident In 5 Minutes

The cognitive-behavioral therapist Jennifer Shannon in her book Don’t Feed the Monkey Mind, explained that most people become overly anxious when interacting with people because they want to be 100% perfect.

They feel they must say the right thing at the right time and also be the funny one in a conversation.

The monkey mind, as she called it, says you must do everything perfectly or you are a failure.

Though we all fail from time to time, overly self-critical people cannot separate themselves from their failures. They think if they fail to be impressive to their friends or partners, they are inevitably failures.

If you want to be better at handling social situations, you must understand that you don’t owe anyone anything in a conversation. It is not your duty to be impressive.

A conversation involves two or more people, hence, the onus is on everyone to make sure it turns out well.

3. Stop Censuring Words In Your Head

According to Olivia Remes,3 a researcher at the University of Cambridge, one of the reasons people become anxious in social settings is because they censure sentences in their heads before letting them out.

Meaning, before they speak, they think to themselves, “Is this the right thing to say?” Or “Wouldn’t that make me look stupid if I say it?” And to make matters worse, they still wonder if what they said was good enough right after they utter it.

Word censuring results from a high need to impress. But the hard truth is that the harder you try to say the perfect words or tell the right jokes, the lesser you succeed at it.

Understand that an enjoyable conversation is natural. And it is only created when different people invest in it. It’s not your chance to show how great you are.

Just see it as a way to get to know someone or learn something new.

4. Learn to Give Details When You Talk

If you don’t like relating with people in public, chances are, you want to take as little time as possible when it’s your turn to speak about something.

You may do this by talking fast or answering questions with one-liners.

This attitude however is a conversation killer and it doesn’t do any good to your conversational skills either.

What you want to do is learn to give details. This is especially great if the subject is something you know about.

But regardless, learning to always add more details than you are already used to can go a great way to build your conversational skills and make your time with others more enjoyable.

5. Learn How to Take Action Despite Fear

Everyone feels afraid about something from time to time, but not everyone lets their fears stop them from acting.

What makes the difference?

Some people see fear as an indication that they should back off from what they are about to do, while for some others, it’s just a feeling. And like any other feeling, it’ll come and go.

But how does learning to face your fears help with social interactions?

Well, if you’re socially anxious, then there’s a high chance that every time you get a chance to talk to someone or join in a group conversation, you’ll get scared, anxious, and most likely, back-off.

And chances are, you’ve baled out of several chances to interact because of that fear in the past. But the hard truth is, if you want to learn to be more social, you’ll have to learn to act despite that fear.

As the psychotherapist Amy Morin, LCSW, explained, avoiding what you fear may feel good in the short term. But it only leads to even more anxiety in the long run4.

Because when you run away from anything, you tell your amygdala (the fear center of your brain) that it is too much for you to handle.

Of course, continuously putting yourself in a situation that makes you anxious is no easy thing.

But as you know, great things rarely come easy. In the long run, the pain of growth will be much sweeter than any momentary comfort that avoidance may be giving you.

How people respond to you in social settings has more to do with your reputation than you might think.

People are constantly drawing conclusions about you based on what’s most apparent. They then interpret everything you do to suit their assumptions of you.

For instance, if you appear shy, timid, and – maybe – unkempt, no one will care whether you have the ingenuity of Albert Einstein.

Often, people unknowingly advertise themselves as shy and antisocial even before they get a chance to meet with people. And when this happens, the interaction rarely goes smoothly.

What you want to do is hone your reputation like an artist. Know how to present an image that signifies strength, freedom, and openness.

When in social situations, smile with others often. Move your hands when you speak. Research on The Impact of Smile on Social Interactions led by Daniel John, Ph.D., revealed that a smile fosters human interaction because it is perceived by others as a sign of warmth.5

When you step out, dress in a way that will make people want to be seen around you.

Because in the end, no one sees what’s on your mind. They only see what’s most apparent. Make people want to meet you even before they get the chance.

7. Put Your Phone Away

In a research published in The Journal of Economic Psychology, it was discovered that using smartphones during social interactions doesn’t just reduce the quality of your interaction, it also makes you have less satisfaction with the time you spend with those you are conversing with.6

First of all, holding out your phone in a conversation sends a signal that you are really not that interested in what the other person has to say.

Secondly, we are hard weird to look at our phones all the time. On average, studies show that people look at their phones about 150 times a day.7

Hence, to control your phone usage in social interactions, it is a rule of thumb to just put it out of sight.

The most important thing required to have a great conversation with someone is your attention.

Sometimes a person can have a great time conversing with you, not because you are witty or funny, but because your attention made them feel important and heard.

All You Need To Know

Anyone can learn to have good social skills. But first, there has to be a genuine interest to explore.

Deep down in your heart, you must be ready to embrace people as they are. You can’t get others to like you when you make them feel judged. As Malcome Gladwell concluded in his book, Talking to Strangers,

“If you don’t begin in a state of trust, you can’t have meaningful social encounters.”