How to Command Respect As A Quiet Person

By Team Growth LodgeMarch 2, 2022Self-HelpLeave a Comment on How to Command Respect As A Quiet Person 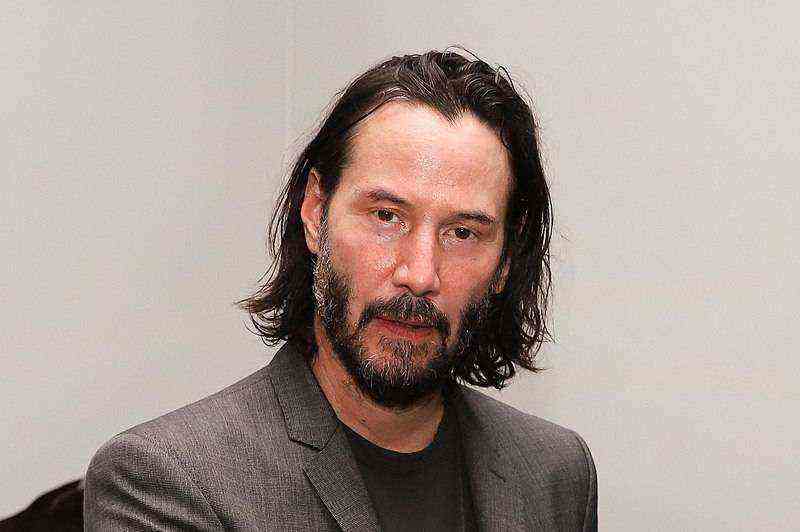 It’s easy for loud people to take all the attention in social interaction. Even in high schools, the most popular kids are often the most social.

In movies–and reality–quiet people are often portrayed or looked upon as weak and nerdish. They are the ones that often get talked over, bullied, and ignored.

But here’s the thing: There are several upsides to being a quiet person. If you’ve watched interviews with Keanu Reeves, you’ll understand commanding respect has nothing to do with how loud or social you are.

If you understand the power you wield, you can harness it and use it to stand out. That said, here are things you can do to command respect even as a quiet person.

Studies show that quiet people have better emotional self-regulation which makes them more resilient than anyone else, and it’s no wonder why.

Here’s one thing with highly social people: They are often highly reactive. This in itself isn’t a bad thing. In fact, it’s what makes them unique.

It’s because of their high reactivity that they can spontaneously interact and have fun with people even if they’ve never met them before. However, their high level of reactivity might also make them easily flare-up. It’s easy to get a reaction from a loud person.

However, if you’re a quiet person, you’re already used to staying still and not being the center of attention. Quiet people know how to closely observe people in the background. And because of their natural calmness, it’s hard to get a reaction from them.

For instance, a quiet person will more easily–or naturally–respond to outrage from a colleague with quietness. And Because of their quiet and calm demeanor, they can offer a perfect, often jor-dropping response to someone trying to disrespect them.

This sort of character is something we are all familiar with. In movies, quiet people are often used to portray the quiet protagonist who isn’t moved by any threat. And because of their non-reactive nature, people have more respect for them.

Also Read: How To Be A More Charismatic Person, According to Science.

One of the things you’ll quickly notice about Keanu Reeves–from his interviews and awards–is that he redirects praise a lot.

In fact, you might even say that he finds it difficult to accept praise for his achievements. For instance, in this interview, Keanu was asked how he performs all those stunts in his movies. And he boldly said that he doesn’t do any of them.

He even went ahead to mention the names of those who did it.

Redirecting praise may not seem like something loud or gratifying, but sure it shows a great deal of quiet strength.

When you redirect praise to other people, you show that you’re good. You demonstrate that you find value in lifting other people. It shows solid self-esteem, and it will be crystal clear to others that you’re someone worthy of respect.

Think of that boss that always mentions other people when it’s time to receive praise for the company’s achievements. That’s the kind of boss you give your most sincere and loyal respect to.

Another advantage quiet people have over loud people is their ability to be calm and quiet.

But it goes beyond just being calm and quiet.

Here’s the thing: Being introverted, calm, or quiet is never the problem. In fact, most of us love calm people. What’s important is the body language you keep while being calm and quiet.

If you’re calm and quiet but you look timid, with your shoulders bent over, taking as little space as you possibly can, then you’re not going to command respect from anyone.

On the other hand, when you’re quiet and you have the right body language, you command even greater respect. We respect people more when they appear put together, but don’t talk too much. I’m sure you can relate to this.

So if you like to sit quietly on your own, that doesn’t have to change for you to command respect. What you need is proper body language.

According to Vannessa Van Edwards, the lead researcher at The Science of People, people have opinions of you before they even meet you. Meaning, the moment they lay their eyes on you, whether they interact or not, they are evaluating you. And this evaluation will shape how they see you when you meet them.

Also Read: 7 Sure Ways To Build A High Self Esteem.

One of the easiest ways to command respect without having to say anything is through your eyes.

As the saying goes, “The eyes show the strength of the soul.” This is often why avoiding eye contact in social interaction is a huge turnoff. It determines, to a large extent, how people see you.

When you avoid a person’s gauze, so many things go wrong. They wonder, “What is he hiding?” A woman will think “He’s so weak.” A man might assume, “She isn’t interested, or she’s shy, or she’s timid.”

Whichever way, the bottom line is, your eyes form a major part of your reputation in social interaction, and you don’t need to say anything to use it well.

By simply holding someone’s gaze strongly, you’re communicating that you have nothing to fear or hide. You’re outrightly confronting them, and the person you’re talking to will have no choice but to also give you their attention and respect.

It’s a non-verbal form of communication. When you look someone in the eye, they somehow really sense the strength of your soul. This is why someone who is lying to you will usually find it difficult to make eye contact.

If you’re a loud person, and you’re in a meeting, you can simply raise your voice to get the attention of others.

Also, a loud person in an argument can get his point across pretty fine by simply raising his/her voice. If the two arguers are loud, then they’ll just keep raising their voices until things escalate.

However, if you’re a quiet person, chances are you can’t keep up with these two methods of getting your point across. And here’s where raising your hand comes in.

When you’re in a loud meeting and you need to get your point across, simply raise your hand (or index finger). Now, if you’re a quiet person, this should be enough to get everyone’s attention. They’ll want to hear what you have to say, and this will make everyone fall dead silent in anticipation.

This method can also be used in an argument to get your point across. Besides the fact that you’ll appear more mature and respectable, you’ll also help prevent the argument from escalating.

Also Read: How To Be More Interesting In Social Interactions

Being able to command respect has little to do with your ability to get attention. Getting attention doesn’t equal getting respect. Respect is earned through your attitude. You can use your quiet nature as a huge advantage to earn respect and admiration.

Also Read: 5 Steps to Easily Connect With Anyone In Conversations