How to Handle Fame

By Team Growth LodgeMarch 26, 2022Self-HelpLeave a Comment on How to Handle Fame 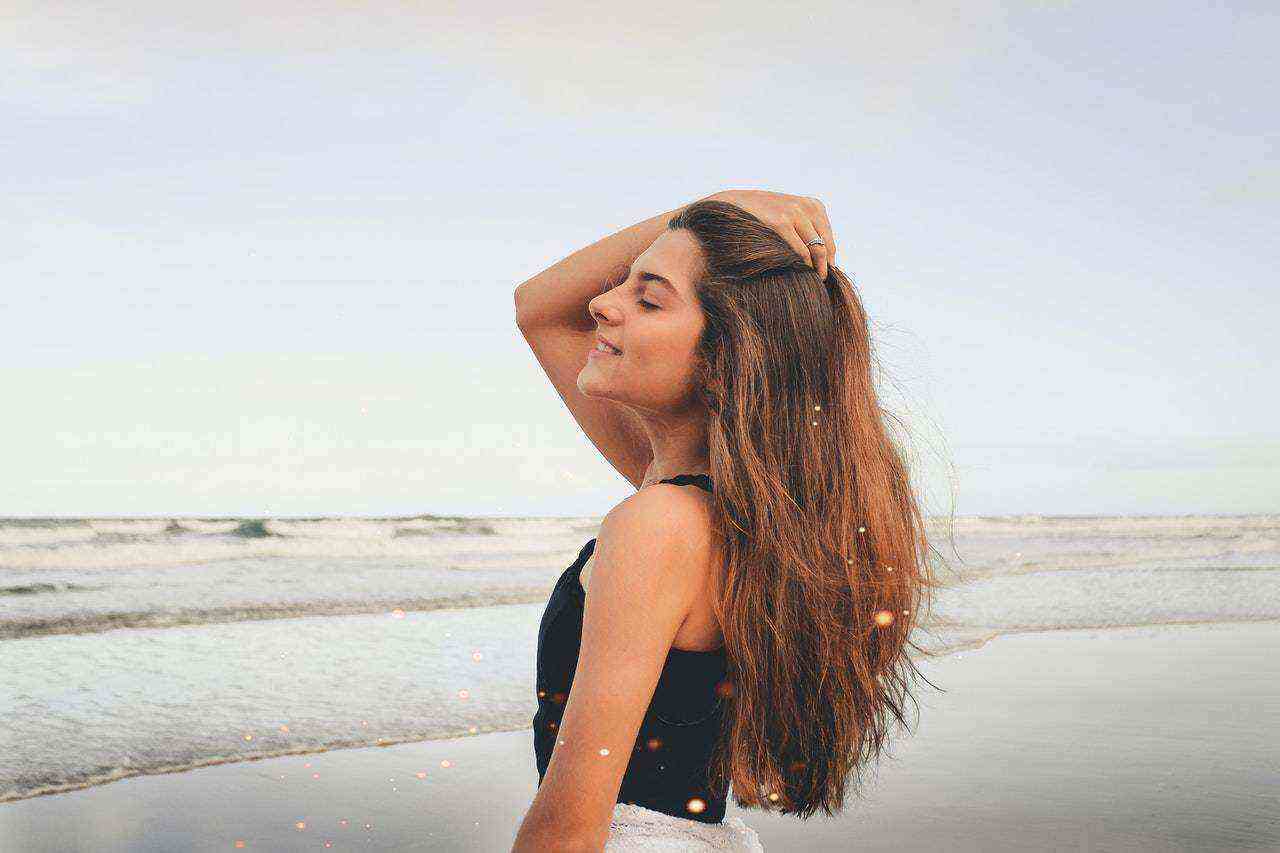 Not everyone handles fame well. In fact, there’s a whole Wikipedia page for celebrities who ended their own lives after achieving fame.

And upon a closer look, it’s no wonder why.

There are two types of famous people. Firstly, there’s the CEO who became famous out of years of hard work. People like this have had to work for years, probably even quit multiple jobs before having their big break. This is why they often have no problem handling fame because years of learning have toughened them up.

But there’s the other side. This is a talented teenager who got into the world of fame too early and got swept up by it. This is the group that often has difficulty handling fame.

That said, fame can still get into your head irrespective of your age or how long it took you to get it. And if you want to know how to handle it, here are eight things to consider.

1. Make it a consistent habit to reflect on your life

One of the major problems with fame is that it often makes people lose themselves. When you start receiving more attention and recognition than you’ve ever imagined, you’re tempted to think that you’re invincible.

Money, glamor, recognition, power, respect, etc., makes a lot of people forget everything that mattered to them. They lose touch with reality.

Finding a specific time of the day to do some serious reflection is one of the best ways to keep yourself grounded in reality. Think about your life consistently. Think about how you’re changing. Reflect on the type of people you have around you every day.

Are they people you can trust? Is there something you’re doing wrong that you’re not seeing? Are you moving so fast you don’t even realize what you’re doing anymore?

When you reflect, you have a remarkable power of seeing life clearly every day. Distancing yourself from the emotions and heat of the day-to-day drama of being a celebrity is one of the things you can do to handle fame properly.

2. Know where you’re coming from

The motivational speaker and transformation coach, Garrian Jones on an episode of impact theory narrated to Tom Bileayu how terribly he handled his first encounter with fame.

After Jones had an encounter with Ludacris and signed a half-million-dollar record deal, he became quite a big shot. He started writing hit songs for major artists.

But instead of his life getting better, it became worse. More money and fame didn’t make him enjoy life more. In a few years, he was living in his car and in debt, probably because he spent most of his money on drugs and alcohol.

This is the reality of many famous people.

Once they get famous (or start making lots of money) they quickly forget where they are coming from. They forget how what they have now was only a dream at some point. They stop realizing how lucky they are. They start feeling like they have the magic touch, and what they have will last forever.

When you forget where you’re coming from, you go with what everyone around you is doing, and you’ll slowly lose yourself. This is the celebrity who has never touched drugs before but suddenly became a drug addict a few months after finding fame.

If you want to handle fame properly, don’t let the people around you make you forget where you’re coming from.

3. Stay true to your values

Our values are a fundamental part of our nature. They are how we make sense of the world around us, and they give us a sense of meaning.

For instance, if a Christian or a Muslim is upholding the standards of his or her religion, they feel good about themselves. They feel purposeful because they are living in alignment with a higher calling.

This is how important values are to us.

When you break values that hold you together and give you a sense of meaning, you feel conflicted. And this is precisely what fame does to most people.

For instance, a good child from a good home who suddenly falls into drugs and alcohol, or even crime, after being famous will most likely become conflicted at some point.

The conflict may not start immediately. But as time passes, and the more he engages in those conflicting behaviors, the hard it will be for him to stay sane. He or she might have to resort to drugs or anything addicting to numb the emotional void his conflicting self is creating within him.

There’s nothing wrong with changing your ideas about life. But if you want to change something that has been a part of you for a long time, there has to be a good, rational explanation to yourself as to why you’re doing it. This way, you are not conflicted within yourself.

“Humility,” as C.S. Lewis famously put it, “is not thinking less of yourself, it’s thinking of yourself less.”

There’s a feeling that comes with achieving something big. You begin to think that you have the magical touch. You forget forces like luck, time, chance, those who had your back, etc.

This is the feeling that makes traders take bigger positions after having a winning streak. This is ego, and as Ryan Holiday wrote, it is the enemy. This is perhaps why he wrote that,

“Most successful people are people you’ve never heard of. They want it that way. It keeps them sober. It helps them do their jobs.”

If not kept in check, ego makes you prioritize the wrong things, like how many people are seeing what you’re doing, instead of focusing on the quality of your work. Ego makes you want to impress as many people as possible.

Ego is what makes people think they can ask for sex or money to offer something that should be given to others for free. It makes you lose touch with reality. You start seeing yourself as a god.

When you’ve been keeping a consistent work ethic for seven years, it’s hard to forget how it started.

You see a lot of people work hard to achieve success, but lose everything within a blink because they were not disciplined. Why?

It’s easier to keep working when you have that big dream you want to achieve in your mind. But so many people don’t know how to handle themselves after they’ve achieved what they want.

In his book, Laws of Human Nature, Robert Greene explained in the Law of Rationality how people tend to become irrational in times of sudden gains and losses.

For instance, in forex trading, there’s something known as winning or a losing streak. When a trader has a series of winning, maybe up to five consecutive times, he begins to feel he has the magical touch.

On the other hand, when a trader has a series of losses, they get paralyzed, feeling they are doomed to continue losing.

This bias explains a very strong weakness in humans. We tend to be emotionally attached to the reality we are experiencing right now. And unfortunately for some famous or successful people, they are more likely to fall into it.

Caught in the heat of the moment, some people fail to plan for the future, feeling that the fame and success they have right now are destined to last forever. This is the star athlete who got massive success and fame in his career but went broke just a few years after retiring.

To handle fame properly, you need to have a firm grasp of reality. Learn to think years ahead and see things for what they are. In good times, plan for bad times. And when in bad times, don’t give up, know that things will get better.

Being famous means you’re going to get a chance to meet a lot of important people. Hence, it’s a great time to build connections with the right people.

When you’re famous, there’s going to be a lot of people who want to get their share of the pie. This means that you’ll have to put in deliberate effort to make sure you reach out and build something with the right people. These are the people who are going to be there for you in downtimes.

When you become famous, a lot of people will love you. And this is partly because you represent something they want to be. But the other end of this story is that people also envy celebrities a lot.

This is why people who you thought were your die-hard fans can quickly turn against you when you have any problems with the media. And needless to say, many celebrities have decided to end their lives because of attacks on social media.

For the sake of your mental health, maintain a healthy distance from social media. If you have an active social media account, don’t get too obsessed about comments or applause from your fans. Or, better still, get someone to manage it for you.

Being famous is a remarkable thing. The mere fact that a lot of people like you means you’ve done something remarkable and contributed to the lives of those around you.

But as the saying goes, with great power comes great responsibility. To handle fame properly, you’ll have to take deliberate steps to make sure you don’t lose yourself in it.

Once in a while, take a step back, examine your life, and make adjustments as you see fit.