How to Make a Cheating Boyfriend Feel Bad

Destiny FemiJanuary 21, 2023Dating Tips for Women RelationshipsLeave a Comment on How to Make a Cheating Boyfriend Feel Bad 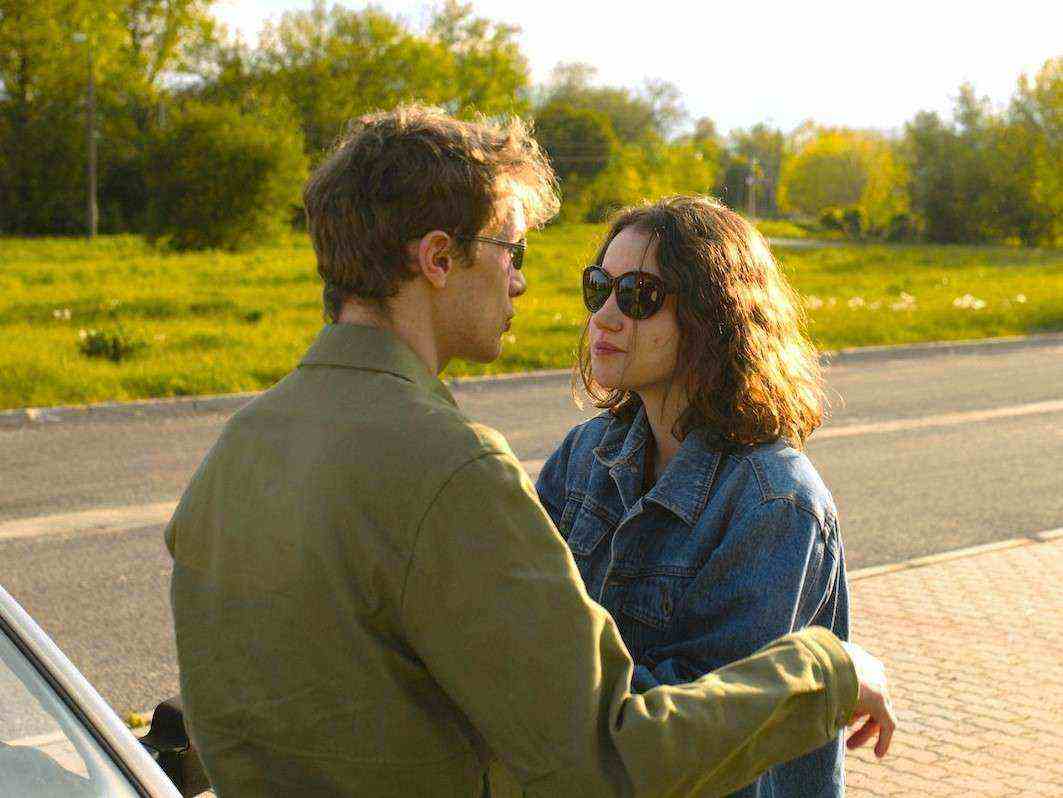 Discovering that your partner has cheated on you can be one of the most devastating experiences anyone can go through.

It’s a betrayal that can leave you feeling hurt, angry, and confused. The question that most people have is, how can I make my cheating partner feel bad about what they have done? And it’s a reasonable question considering the circumstances.

Unfortunately, it’s not as easy as it sounds. Making someone feel remorse for their actions is a complex process that requires a lot of self-control. But, it’s not impossible. If you’re looking for ways to make your cheating partner feel bad about their actions, you’ve come to the right place.

This article is for anyone who has been through the pain of betrayal and wants to take steps to move forward. We’ll help you understand that you are not alone, and that there are ways to regain your power and move on from this difficult situation.

In this article, we’ll be discussing some effective ways to make your cheating boyfriend feel bad for his actions. So, if you’re ready to take the first step in healing your heart and moving on from this betrayal, keep reading.

1. Ask him how he would feel if you cheated

“Hey, I need to talk to you about something. Can you imagine how you would feel if I cheated on you?”

“Would you be hurt? Angry? Betrayed? Because that’s exactly how I feel right now. You may not realize it, but your actions have had a huge impact on me and our relationship. I need you to understand the gravity of what you’ve done and how it has affected me.”

Asking your boyfriend how he would feel if the roles were reversed is a powerful way to make him understand the impact of his actions. It’s a way to put the situation in a perspective that he can relate to and understand.

It also shows that you are not afraid to speak your mind. You’re calling him out and standing your ground.

It’s not just about physical changes, it’s about mental and emotional changes too. You start to see yourself in a different light and you begin to realize that you are worth so much more than the way he treated you.

You start to work on your self-confidence, your self-esteem, and your self-worth. You begin to understand that you don’t need anyone to make you feel happy or complete, you are capable of doing it yourself.

It’s like the ultimate form of revenge. Instead of sitting around moping and feeling sorry for yourself, you’re taking the power back and proving to yourself and him that you’re worth so much more.

You’re showing him that you don’t need him and that you’re better off without him. And that’s something that he’ll never be able to take away from you.

So go ahead, focus on yourself, and let the glowing up begin. Take care of yourself and make yourself the best version of yourself. Show him what he lost, and show the world that you are not someone to be messed with.

[Related: 10 Sneaky Signs Your Man Is Cheating On You]

One surefire way to make your cheating boyfriend feel the weight of his actions is to simply ignore his attempts to contact you.

Trust me, nothing will hit him harder than the realization that you’re not just sitting around waiting for him to come crawling back. By cutting off communication, you’re sending a clear message that you’re not going to be at his beck and call, and that his actions have serious consequences.

Think about it, he probably expects you to be waiting by the phone, anxiously checking your messages for any sign of him. But by ignoring him, you’re showing him that you’re not going to be so easily swayed. You’re taking control of the situation, and you’re not going to let him walk all over you.

Now, I know it can be tough to ignore those messages and calls, especially if they’re coming in non-stop. But remember, you deserve to be treated with respect and kindness, and you’re not going to get that from someone who cheated on you.

So, put your phone on silent, delete his number, and focus on yourself. Trust me, he’ll feel the sting of your silence.

This isn’t just about getting revenge, it’s about standing up for yourself and showing him that you’re not going to put up with his behavior. Stand tall and take control of your own life, and watch as he starts to realize the gravity of his actions.

4. Do what you normally do together with someone else

Plus, it’s a great way to show him that you don’t need him to be happy, and that you can have a good time without him.

[Also read: 8 Psychological Effects of False Accusations in a Relationship]

When it comes to making your cheating boyfriend feel bad about his actions, one of the most important things you can do is to give him space and time to reflect.

I know it may be tempting to confront him and demand an explanation, but trust me, that’s not the way to go. Instead, you want to allow him to think about what he’s done and how it’s affected you and the relationship.

Additionally, by giving him time to reflect, you’re giving him the chance to take responsibility for his actions. He may not have realized the full extent of what he’s done until he’s had time to think about it. And, when he does, he’ll be able to understand the impact of his actions.

It’s important to remember that giving him space and time to reflect is not about giving him a free pass, it’s about allowing him to understand the gravity of his actions, and the impact it has on you.

It’s about giving him a chance to take responsibility for his actions and hopefully make amends.

So, if you’re looking to make your cheating boyfriend feel bad about his actions, give him space and time to reflect. It’s a difficult but necessary step in the healing process for both of you.

6. Make him realize he’s lost you

Show him you’re moving on. It’s one of the most powerful ways to make a cheating boyfriend feel bad about his actions. It’s a clear message that you’re not going to sit around and wait for him to change his ways, and that you’re taking control of your happiness.

When a guy sees that his partner is moving on with their life, it can be a wake-up call for him to realize the gravity of his actions and the impact they have had on the relationship. It’s a way of saying, “I’m not going to accept this behavior and I deserve better.”

This, however, doesn’t mean you should play games or pretend to be over him when you’re not. It’s about being genuine and honest with yourself and him about your feelings. It’s about taking the time to heal and focus on yourself and your well-being.

Allow him to take up space in your head and heart. This process can take time, but it’s crucial for your emotional health and healing. It’s a way of taking back your power and showing him that he doesn’t have the upper hand.

There are a few ways to show your cheating boyfriend that you’re moving on:

[Also read: 11 Tricks Easily to Spot a Liar, According to Psychologists]

You know what they say, “what’s good for the goose is good for the gander” right? So, why not make your cheating boyfriend feel a taste of his own medicine?

Make him jealous, show him that you’re not sitting around moping and waiting for him to come back. Show him that you’re out there, having fun and enjoying your life without him. You deserve to be happy and if he can’t see that, then he doesn’t deserve you.

Make him see what he’s missing out on and make him regret his actions. Trust me, nothing makes a cheater feel worse than realizing they’re missing out on something great.”

8. Understand that it’s not your fault

One of the most important things to remember during all of this is that this isn’t your fault. It’s not something you did or didn’t do that caused him to cheat. It’s his actions and his choices that led to this betrayal. It’s not on you, it’s on him.

He made a conscious decision to cheat and he needs to take full responsibility for that. It’s time for him to understand that he can’t just play the blame game and shift the responsibility onto you.

He needs to own up to his actions and take accountability for the hurt and pain he has caused.

9. Take care of yourself

Sometimes, the best way to make someone realize the impact of their actions is by taking care of yourself.

Showing your cheating boyfriend that you are not sitting around waiting for him to come back, but instead, you’re focusing on your well-being. You’re going to the gym, eating healthy, spending time with friends and family, and doing things that make you happy.

It’s a powerful message to send. It shows him that you’re not going to let his actions define you or bring you down and that you’re strong enough to move on without him. It’s a reminder that you deserve better and that he’s not the only one who has the power in this situation.

You’re taking control of your own life and that’s something that he should feel bad about.

When you start to move on, it makes your boyfriend realize that he has lost you and that he has made a big mistake. It’s like a wake-up call for him, and it makes him feel the weight of his actions and how much he has hurt you.

Moving on is not just about forgetting the past, it’s about taking control of your happiness and making sure you don’t settle for anything less than you deserve. It’s about showing him that you are a strong, independent person who won’t let anyone treat you poorly.

Trust me, your cheating boyfriend will feel bad about his actions when he sees that you are moving on and living your best life without him.

Being cheated on is a painful and traumatic experience, but it’s important to remember that you are not alone and you deserve better. It’s natural to feel a range of emotions, from anger and betrayal to sadness and heartbreak.

As you navigate this difficult time, remember to take care of yourself and make decisions that are best for you.

It’s important to give yourself time to process your emotions and heal. Don’t rush into forgiveness or a decision about the future of the relationship. Take the time you need to understand your feelings and the consequences of your partner’s actions.

Don’t let yourself be controlled or manipulated by your partner, and don’t blame yourself for their actions. Remember that you deserve to be treated with respect and kindness, and don’t settle for anything less.

Stay strong, take care of yourself, and don’t let anyone treat you less than you deserve.

[Read: 7 Major Reasons Why Men Lie to Women, According to Psychologists]