How To Make A Narcissist Miserable

By Team Growth LodgeJanuary 23, 2022Relationships Self-HelpLeave a Comment on How To Make A Narcissist Miserable 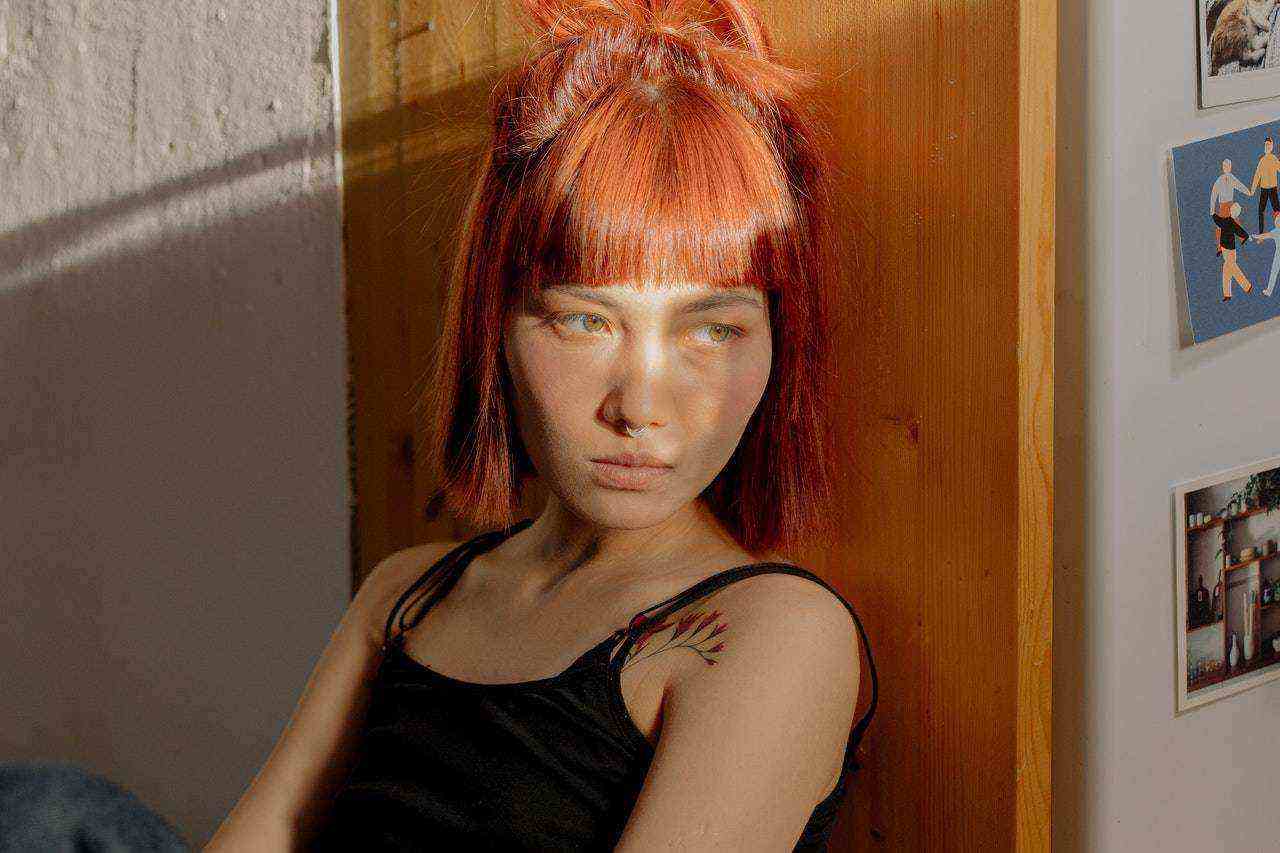 “Is it possible to make a narcissist miserable?” you might wonder. The answer is a resounding yes! In fact, if you take the time to learn what makes a narcissist tick, it won’t take much at all before they’re miserable themselves.

How Narcissists React When They Don’t Get What They Want

When narcissists don’t get what they want, they will typically react in one of two ways: rage and blame-shifting, or self-pity. They do this by projecting their feelings onto the people around them. This makes them feel better, even if it greatly upsets those around them.

Their rage is most likely to come out when they feel thwarted in some way. For example, if something doesn’t go their way at work, if someone disagrees with them on something important to them, or if they don’t get what they want in a romantic relationship too often.

What Is Narcissistic Rage?

The term ‘narcissistic rage’ refers to anger directed at another person in response to some type of slight, particularly one that threatens the narcissist’s ego or pride.

When someone says or does something that is perceived as an attack on a narcissist’s self-image, they can respond with a disproportionate level of anger and hostility toward that person.

Narcissistic rage is a type of anger that doesn’t match the situation, is disproportional to what happened, and lasts longer than it should.

What Hurts Narcissists The Most?

Narcissists generally have a very hard time accepting responsibility for their actions, and will instead blame others for any consequences of those actions. They can also be very self-righteous and conceited, so it’s often easy to make them feel bad about themselves by pointing out a flaw or something they’ve done wrong.

Furthermore, narcissists are always craving attention and admiration, so if you can withdraw your attention from them, they will feel unappreciated and worthless. Before we go into specific ways to deal with narcissists, here are vital things to bear in mind. These steps are key to understanding how to get under the skin of narcissists.

The first step to making your narcissist miserable is simple – know your enemy. Who are you dealing with? What are their faults, faults which drive them up the wall? Where are their pressure points you can exploit? The more you know about what drives them crazy, the faster it will be for you to make them miserable.

Narcissists consider themselves special people; if you can puncture their inflated ego, you’ve achieved more than half of your goal. The more they feel the world is against them and conspiring against them, the more miserable they will be. So how do you attack their ego?

Step 3: Let them know how far they have fallen in your eyes

Narcissists are always trying to win the approval of others.

Hence, the more a narcissist begins to notice their self-perceived greatness is less appreciated, the more their ego will be pricked. As they begin to get the feedback that nobody thinks of them as anything more than ordinary, the discomfort will build until it becomes unbearable.

Let your narcissist know that, in your eyes, even though you used to idolize them, they have fallen from grace.

Step 4: Take away their power

Narcissists like to feel powerful–taking that feeling of control, even if it’s an illusion, is sure to make them miserable. What you need to do is break down their sense of authority; act as the leader when they are used to being the alpha-dog and watch them squirm.

Step 5: Make them feel guilty about how they make you feel

Narcissists feed on the emotions of others–this is why they kowtow to people who are more popular or powerful than they are. But what will happen if you give them a taste of their own medicine? Let them know how horrible they make you feel, and soon enough they’ll be miserable too.

Narcissists are used to being pampered and having everything done for them–this is why they’re narcissistic in the first place. Take that away. For example, if they throw a tantrum when you try to get them to do something on their own, don’t give in! It’s the only way to break their power over you.

How To Make A Narcissist Miserable

If you’ve ever had the unfortunate experience of being in a relationship with a narcissist, then you know that it’s not always easy to make them miserable. They usually have an air of superiority around them that can be difficult to shake. But there are a few key things you can do to get under their skin.

1. Do not flatter the narcissist, even if they demand it.

Narcissists live inside their own heads, and they are often unaware of the damage their actions do to the people around them. They need someone to validate their self-interest, particularly if it involves hurting other people.

However, narcissists won’t break down and admit that what they’re doing is wrong. Instead, they will act like having affairs or bankrupting their business was their plan all along. To get under their skin, do not praise them or tell them that they’re “so smart,” even if it’s something the narcissist wants to hear: Reinforcing their actions will encourage them to continue and escalate their behavior.

After a narcissist’s deception has been exposed, they will try to keep up appearances by claiming that their actions were justified. If you allow the narcissist to do this, you’re validating their behavior and encouraging them to take advantage of other people in the future.

On the other hand, holding a grudge against the narcissist will only make them happy. They will feel like they’ve hurt you, and they will even boast about their triumph to people who are close to them.

3. If you sense a narcissist is becoming dangerous, get out immediately.

Narcissists are skilled in manipulation, but they are not good at keeping promises or being friendly. Once it becomes clear that there is no way to reconcile with a narcissist, it is time to go.

Narcissists will not hesitate to harm others who stand in their way and they will take advantage of people who are vulnerable or weak. The best course of action is to avoid any interaction with them.

4. Do not feed or humor the narcissist’s delusions of grandeur.

Narcissists will often claim they are superior to others and deserve special treatment, but no amount of hand-holding will convince them otherwise.

By allowing them to continue believing that what they’re doing is acceptable, you encourage their outlandish behavior and empower them to hurt others. Narcissists don’t care about their victims and will continue to hurt people as long as it serves them. If you want the narcissist to “get it,” they must be forced to answer for their action.

5. Do not let a narcissist guilt you into doing what they want.

Narcissists will use loopholes to avoid taking responsibility for their actions. They know how to get under Your and make you feel bad for standing up to them, but their actions mustn’t go unnoticed and unaddressed.

Often, narcissists will try to trap others into doing what they want by turning the situation around so it seems like the victim is in the wrong. It’s important not to internalize these feelings.

6. Do not argue with a narcissist.

It’s important to remember that narcissists do not play by the same rules as everyone else, and this is why they get their kicks from manipulating others. Narcissists will always use their own set of rules and you mustn’t try to fight them head-on.

Narcissists can be devious and will twist words around to make the victim feel guilty. They are also very good at monopolizing conversations and avoiding topics that they don’t want to talk about, which makes it hard for others to get any real answers out of them.

Narcissists often leave their victims feeling confused or anxious because of the back-and-forth nature of their conversations. It’s important to remember that the narcissist is the only one who benefits from this, it’s their game, and confronting them head-on will only frustrate you.

7. Do this when they are trying to provoke you.

Narcissists are often looking for an opportunity to lure others into a fight because they thrive off of conflict. Hence, if a narcissist is trying to push your buttons, it’s important not to take the bait and instead find the strength to walk away from them.

These people will try anything to bring you down, so avoid getting sucked into their traps and focus on the fact that you’re much better than this. There’s no need to stoop to the level of a narcissist because they don’t deserve it.

As psychologist Kaytee Gillis explained in Psychology Today, as much as you will be tempted to argue with them, fight back, or explain yourself, the best line of action is not to engage.

When a narcissist is talking about themselves, they will often rely on others to feed their ego and boost their self-esteem. If you notice this happening, try to quietly slip away and avoid boosting the narcissist’s ego.

A narcissist is looking for their moment in the spotlight, so be sure not to give them one. They will use your contributions as validation that they are special or more important than others, which is why you mustn’t participate.

9. Do not defend yourself against a narcissist.

It’s important to set boundaries with a narcissist and stick to them. Narcissists will try to push your buttons to get you emotionally charged, so it’s best not to react.

When a narcissist attacks you, it’s important to remember that they will twist words around to make themselves look like the victim. They rely on people’s compassion and will stop at nothing to take advantage of this. Hence, defending yourself will only lead to a never-ending battle.

Instead of defending yourself, it’s better to simply walk away or hang up the phone. This is the only way to show a narcissist that you’re not playing their game. They will hound you until they get something out of you, so be sure to stick with your decision and only give them what they deserve–nothing.

The key to making a narcissist miserable is simply not giving them what they want. A narcissist will do anything necessary to get the attention they crave, by simply denying them this attention, you can get into their minds.

In dealing with a narcissist, the most important thing is understanding them. Know why they do what they do and watch them in a detached manner. This will make you immune to their tantrums and give you mental space to see through their mind games.