How to Never Run Out of Things to Say in Conversation

Destiny FemiJuly 27, 2022Relationships Self-HelpLeave a Comment on How to Never Run Out of Things to Say in Conversation 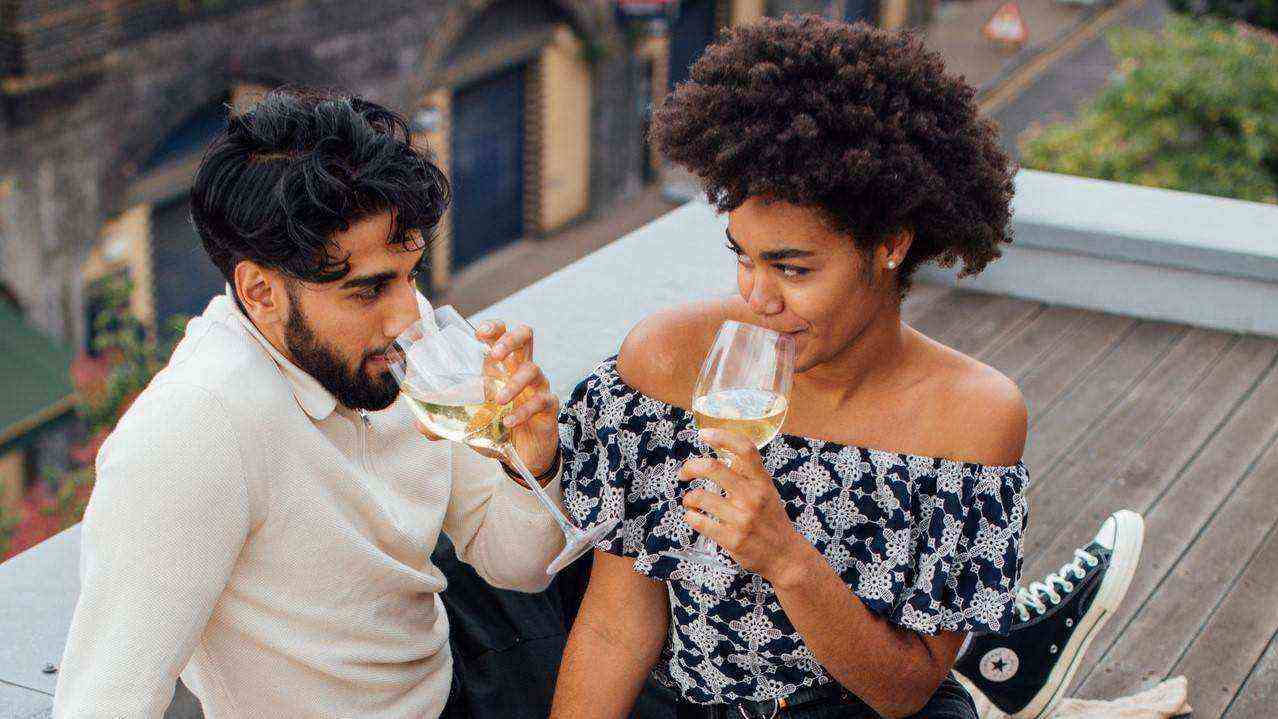 There’s an art to having great conversations. Most people believe you just have to go with the flow and say whatever feels right at the moment.

Sure, there’s some truth to that. But there are times that a conversation will fall so flat that there’s no flow for you to go with. And in moments like this, some people will just look at themselves awkwardly and then turn around and go their separate ways.

If this awkward moment happens later on in a conversation, then you’re lucky. You could say the conversation died a natural death.

But what if it happens just five minutes after you start talking?

There are little things you can deliberately do in between conversations to make sure it never runs dry or ends awkwardly. Here are five of them.

I learned this strategy from Charlie Houpert, the co-founder of Charisma on Command, and I think it’s really great. Here’s how it works:

Let’s say someone is sharing a story about their worst day in school with you, a great way to continue when they are done talking is to just introduce the phrase, “that reminds me of…” and share something with them as well.

By doing this, you show that you’re not just listening to what the person is saying, you’re also processing the information and relating to it in a personal way. And sharing a similar story with someone is one of the best ways to connect.

As studies show, we tend to feel more comfortable with people who are familiar with us. This is why we go on a first, second, and third date with someone before we can start opening up and even falling in love with them.

Think about it. Which would you prefer? Someone who made you feel embarrassed about sharing a story? Or someone who also shared a similar story with you, validating you while making you feel that you’re not alone.

Whenever you’re in a conversation and you feel you’re running dry, think of the last thing the person told you and introduce “that reminds me of.” Then go ahead to tell them what their story or idea reminds you of. There’s always something that can be added to that phrase.

If you watch podcasts a lot, you’ll understand the concept of open-ended questions. Just one question in a podcast can keep a guest talking for ten minutes straight.

For instance, instead of asking someone “Did you enjoy your time in Nigeria?” which will require a simple “Yes” or “No”. Rephrase the question and make it more conversational. You could say it like this:

“Going to Nigeria must have been quite an experience, what do you think of the people there?” Or, “What did you like (or hate) the most about the country?” Or something like “Why did you decide to go to Nigeria, out of all the countries in the world?” .

These questions make room for the other person to add context to what they are saying.

Next time you’re watching a podcast, do this exercise:

Observe how the host gives context as they question their guests. Sometimes they even go as far as giving a personal story related to the questions they’re asking. This way, they give enough room for their guest to have a full grasp of the question.

Though you may not be the host of a podcast, you should share similar curiosity when you’re conversing with people. Be sincerely interested in the details of their story. When you are, you’ll naturally ask open-ended questions. As Robert Greene wrote in The 48 Laws of Power,

“Each person you meet is like an undiscovered country, with a very particular psychological chemistry that you will carefully explore.”

3. Use the compliment strategy

Do you know how when you meet someone with a good physique you instinctively tell them they look like they work out a lot?

That’s “the compliment strategy.” At least that’s what I call it.

We do it all the time, just not deliberately. And according to studies, we often underestimate the impact those simple compliments have on people.

Besides the fact that this strategy is an easy way to continue a conversation and make your partner talk more, it also makes people feel good about themselves — especially if the thing you’re complimenting is something that means a lot to them.

For instance, if you’re with someone who is wearing a pair of great shoes. You could say “You look like you know a lot about fashion.”

The beautiful thing about this strategy is that even if the person says they don’t know anything about fashion, for instance, you could just easily tell them why you thought they were good at it. In this case, you reply could be,

“How are your shoes so great if you don’t know much about fashion?” (Another good compliment plus an open-ended question). There’s really no way to go wrong with this strategy.

4. Have a few go-to revival questions

Revival questions are questions that you ask when a conversation has fallen into a dead silence.

They are aimed at getting the other person talking. They are similar to open-ended questions, but can work in any scenario. All you have to do is know them beforehand.

An example is “So what’s your story?” This question is as open-ended as an open-ended question can get.

In fact, it’s so open-ended that in most cases, the person you’re asking will go on to ask you which part of their lives you’d like to know so they can be more specific. But that’s the idea.

When they start asking you if you’re interested in their careers, childhood, aspirations, or love life, that’s now your chance to take it step by step and slowly unpack everything they’ve listed out for you.

Have a few revival questions. For instance, if you just get introduced to a group of friends and there’s an awkward silence after your introduction, you could revive the conversation by asking, “how did you all come to know each other?” You get the idea.

Keeping a conversation interesting isn’t just the job of one person, that’s why it’s a dialogue. Once in a while, let the other person also do some work to get things flowing in the conversation.

If your conversation has been fun, they’ll most likely feel obliged to also lead and learn a lot of things about you.

Most importantly, pay attention to energy. A conversation is only fun if the people involved are really interested in talking to each other. This is why podcasts can last for hours. If you’re just the only one interested, no strategy can make the conversation worthwhile.

Related: How To Keep A Conversation Going