How to Start a Conversation With Anyone

Destiny FemiAugust 24, 2022Relationships Self-HelpLeave a Comment on How to Start a Conversation With Anyone 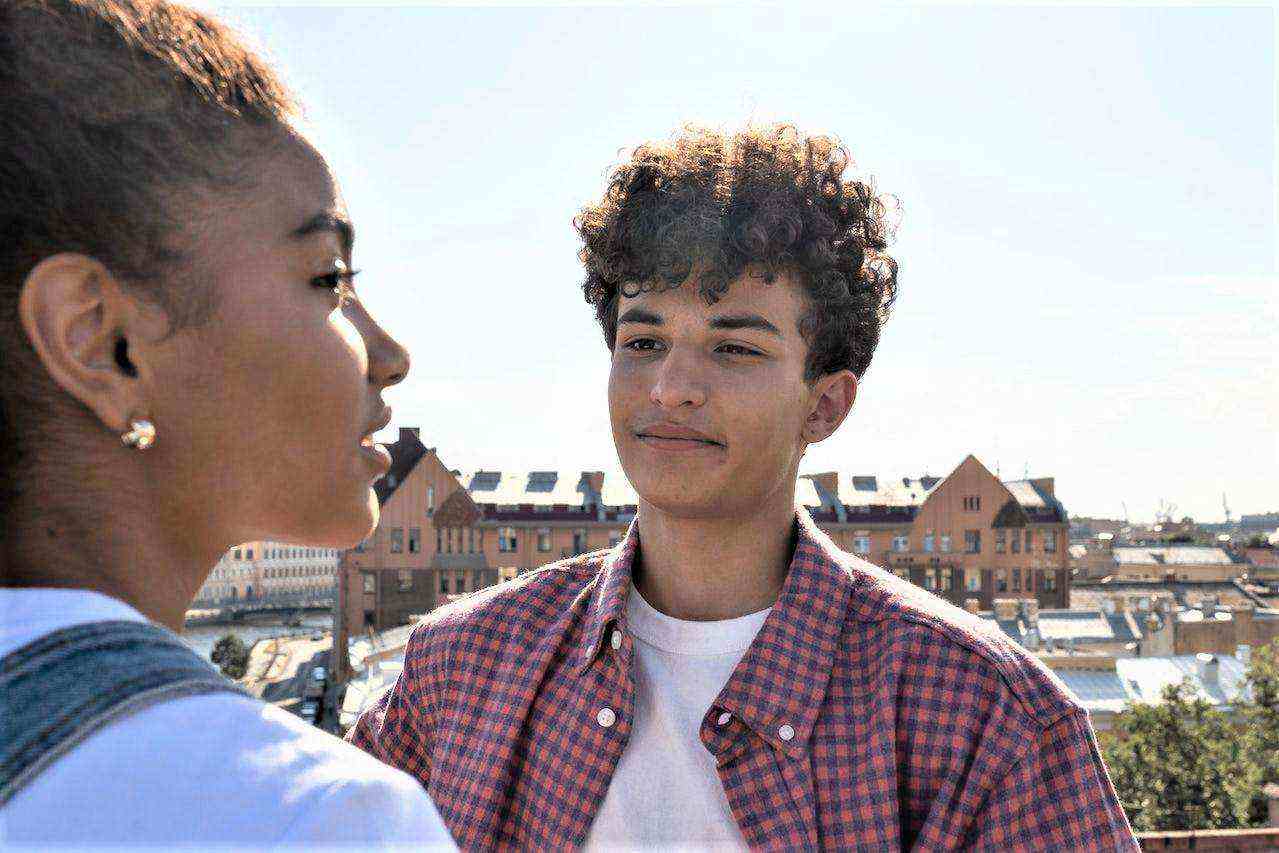 In fact, one way to reduce the anxiety of starting conversations is to find consolation in the fact that almost everyone fears doing it. We all wonder, “What if they I say something stupid? Or worse, go blank?”

All these fears are valid.

But what if you could learn how to start conversations?

Maybe you could bring in some order and predictability by just mastering some simple strategies. When you learn how to start conversations, doing it becomes a more deliberate and predictable thing.

You reduce the chaos and become less anxious. Wouldn’t that be great? Here are practical things you can do to be much better at starting conversations with anyone.

I moved into a new town a month ago, and this strategy helps me start a conversation with almost anyone.

I’ve started conversations with lines like “Where can I get a good haircut?”

If the person doesn’t seem to be in a hurry, I can then proceed to ask them if they also cut their hair in the same place they’re recommending.

Then they’ll probably say “Yes” and rant about how great their service is in the saloon. I then introduce myself and thank them for the information. By this time we’re already accustomed to ourselves enough to say “hi” to each other the next time we meet.

This strategy works very well. And the major reason for this is that asking for information from someone puts you in an inferior position. It quickly gives the other person that feeling of importance (which they got from interacting with me).

Well, you can ask for information about anything.

For instance, I live in Nigeria, and some network providers suck. If I’m in a park sitting next to someone I want to talk with, I could easily ask them about the network provider they use because mine is so bad I can’t check anything online at that time.

The most important thing is to ask about stuff that makes them feel important. People are usually insecure about how people perceive them. When you ask for information from someone, you’re establishing that you see them as intelligent enough to want to learn from them.

2. Give or ask for favors

This is one of the most common ways people start romantic relationships.

A guy will likely do a favor for a lady to get her attention. For instance, he might offer to help her with a heavy bag so he can walk her to her car and get to know her. On the other hand, ladies like to ask for favors from guys when they want their attention.

Whichever direction you take, the strategy works the same way.

Giving or asking for favors is one of the best and most natural ways to form a good first impression and also strike up a conversation at the same time.

After the girl asks the guy for a favor, she can easily offer to pay back by giving something in return. For instance, paying for lunch. They can then proceed to get to know each other from there. Simple and natural.

A guy who offers to do a favor for a girl, like walking her home because it’s dark (this is only if he’s already familiar) will have a lot of time with her to naturally strike up conversations about anything, and she’ll be more than happy to engage with him.

But this strategy isn’t just relevant to romance. It can also work in work settings or just casual friendships.

Asking someone to help you with simple tasks is a way of breaking the ice with them. When I ask you to help me with something, it means you can also come to me when you need my help.

It’s the Benjamin Franklin effect. We tend to rationalize to ourselves that we already like someone when we do favors for them. This makes us more susceptible to doing more favors for them.

Related: How to Never Run Out of Things to Say in Conversation

Using this strategy depends on the social situation. If you’re at a random park or you just moved to a neighborhood, it may be weird to walk up to a random person and say, “I don’t think I’ve met you before.” You’re not expected to know everyone on earth.

However, if you’re at a party where those present are your work colleagues, coursemates, classmates, or people from your neighborhood, then it makes sense to walk up to anyone, look them straight in the eye, and tell them with a smile “I don’t I’ve met you before, my name is…”

“I like how calm and collected you are,” Sonia said to me the first time we interacted at a coursemate’s birthday party. It’s hard not to be happy to interact with someone after hearing something like that.

Compliment puts all your insecurities at ease. Immediately after she said those words, I understood that she wasn’t someone who was going to shade me for my personality (which I experience quite often). I could relate with her freely because I felt accepted already.

Walking up to someone and telling them something nice about themselves is one of the best ways to start a conversation with them. Keep it simple and natural.

You don’t want to make it creepy like, “You look so hot, do you work out everyday or what?” Some people may like this, but for a first encounter, it will sound creepy to most people.

Compliments that start conversations should be mild, natural, and sincere. The last thing you want to do is sound desperate.

I learned this strategy from Vannesa Van Edwards, the head researcher at The Science of People, a human behavior research lab. It’s especially useful for planned social interactions. Here’s how it works.

According to Vannesa, setting an intention helps guide your conversations. Let’s say you were invited to a birthday party, set an intention for what you want to get out of that social interaction.

As Vannesa said, she likes to do it for a few minutes in her car. Your intention could be anything from as simple as just “I want to laugh and have fun,” to something as serious as “I want to meet a significant other or a business partner.”

Your intention makes your social interaction more intentional. It will determine the kind of people you strike up conversations with, and the direction of your conversations. You will be less likely to go blank or get confused about what to talk about.

6. Have some cool go-to conversation starters

I know it’s good to let things flow naturally in conversations, but some conversation starters can be helpful depending on the situation you find yourself in (and I’m not talking about pick-up lines).

According to Vannesa Van Edwards, the most effective conversation starter they’ve found in their research is the simple phrase, “Hello, how are you? I’m… ” It’s simple, natural, and effective.

With conversation starters, you don’t want to say something too intense or complicated. And this is why this phrase works well.

Other conversation starters are, “I don’t think I’ve met you before, my name is…,” or compliments like “I like your laugh.”

You could also have something for different situations, like when you’re introduced to a group of friends and everyone suddenly falls dead silent because of the new person in the group, “So… how did you guys meet?”

These strategies are still easier said than done. You’re not going to magically become a pro at interacting with new people because you read this article. But this article will surely make your interaction more intentional, and as a result, less anxious.

And when the anxiety is removed, you can let yourself explore until you get to the point where the strategies discussed in this article become intuitive.