How to Talk to Anyone With Ease

By Team Growth LodgeAugust 13, 2022Relationships Self-HelpLeave a Comment on How to Talk to Anyone With Ease 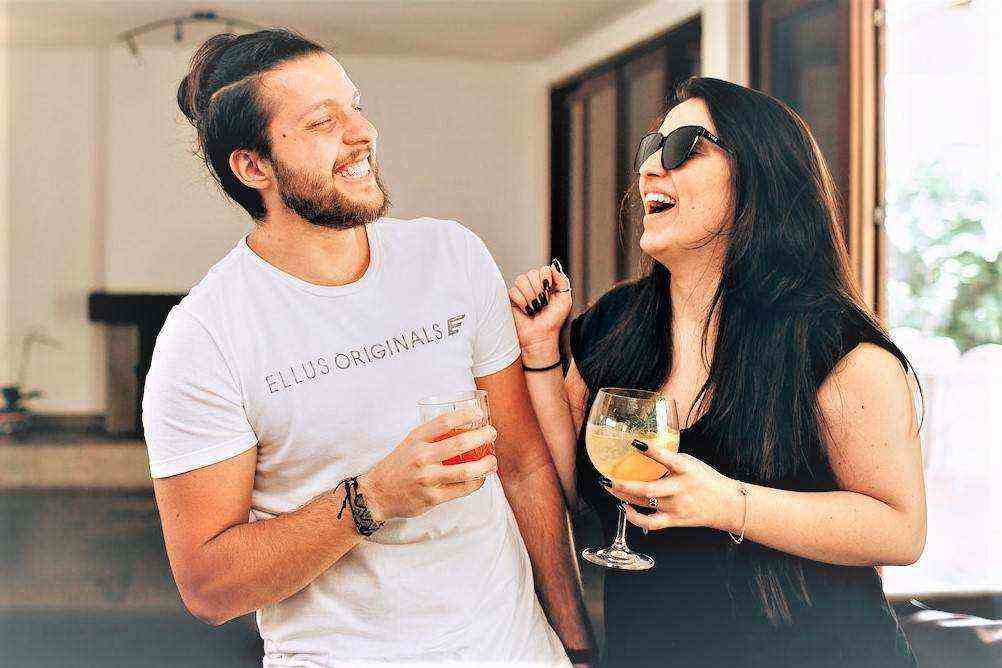 Vanessa Van Edwards is an author and the lead researcher at The Science of People. All She and her team do is study human behavior. So whatever you’ll be learning from this article is a product of elaborate studies of human nature.

1. Start with an intention

You’ve probably never thought about setting an intention for your conversations before. But here’s why it’s important to do it.

Your intention is your conversation plan. It doesn’t just keep your mind organized about the right questions to ask, it also determines who you talk to in social interaction. Vanessa herself always sets intentions for every social gathering she attends “I always do it in my car wherever I’m going,” she said.

If you have the intention of meeting a new business acquaintance, your interactions are going to be more intentional. You’ll meet people who fit the criteria for your intention, and you’ll be able to make good conversations with ease because you’ll know where to direct them.

If you’re looking for a significant other or you’re just hoping to make friends, then you’ll be looking at meeting people around your age.

The best thing about having an intention is that you’re just more confident about your moves. When you see someone who matches your criteria, it will be much easier to just start a conversation with them.

Before you walk into any social setting, set an intention. It doesn’t matter how small it is. Once you know what you’re looking for, you’re less confused and anxious.

Interesting: 6 Simple Ways to Be More Charming In Conversations

We think that first impressions happen as we meet someone. But according to Vanessa, the first impression happens the moment people set their eyes on you, whether they meet you or not.

What this means for you is that you should always have the right body language.

Furthermore, you’re also more approachable when you have the right body language. Someone who is bent over, nervously looking around the room (or on their phone) is less likely to get someone to come over and talk to them.

But if you look calm, and your eyes are looking around the room like you’re expecting someone to come over and say hi, then you’re much more approachable. As simple as this may be, people easily forget.

Don’t try to fake busyness with your phone because you’re alone in a social gathering. No one wants to walk up to you and interrupt your “me time” with your phone. You need to have open body language to have good conversations.

This one will surprise you.

Most people, especially guys, love the idea of having the perfect pick-up lines as conversation openers. But you probably know by now that pick-up lines only sound good on TV shows. They come off as unnatural and sometimes outrightly awkward.

But what are the best openers?

Upon research by Venessa and her team, they found that the best opener is simply “Hello, how are you?”

It sounds so simple and direct, right? Well, that’s the point. It has everything pick-up lines don’t have.

According to Vanessa, “you don’t want to say something too intense when you first start a conversation.” This opener is effective precisely because it’s easy and natural.

Next to “Hello, how are you?” is starting with a compliment. This also works great. Starting a conversation by complimenting something you like about someone is great and it’s natural.

For instance, when you meet someone that looks athletic, you could just easily say “You look like you work out a lot.” It’s natural, and it will also make them feel good about themselves.

And according to Vanessa, one cue they’ve found to be consistent across cultures, genders, and countries is the eyebrow raise. Knowing this changes everything. Here’s why.

Let’s say you’re having a conversation with someone and they raise their eyebrow at some point, that’s your cue to dig deeper on that point.

Conversation sparks are used in two ways: First to help you show engagement when someone is talking to you. And more importantly, to help you pick up on the topics that interest your audience so you can dig deeper.

For instance, if someone raises their eyebrow when you mention a particular movie, that’s your cue to talk more about that topic. This is why it’s called conversation sparks. If you know how to pay attention to them, they’ll always show you the things to say next.

Related: How to Never Run Out of Things to Say in Conversation

But if you want to be a good conversationalist, ending it well is as good as starting it well. Besides, if you follow this guide well, you might end up being so good that you’ll need a good exit strategy.

So how do you end a conversation well?

Vanessa recommends what she calls “the future mention.”

As the term implies, it has to do with mentioning an event that will take place in the future and using it to depart with the person. Here’s how it works in real-life situations.

Let’s say you’ve had a good talk with someone and you’d like to move on with other things, you could ask them, “What are you up to this weekend.” If they say, “Hiking,” for instance, you tell them, “That must be fun, I hope you have a great weekend.” That’s it.

This could play out in different ways. You could even use it to ask someone out on a date at the end of the conversation.

Learning to have good conversations is more deliberate than people think. Sure, some are spontaneous and happy about engaging with new people. But even if that’s not you, you can still master the art.

Also read: 4 Simple Habits to Give Up to Have Better Conversations