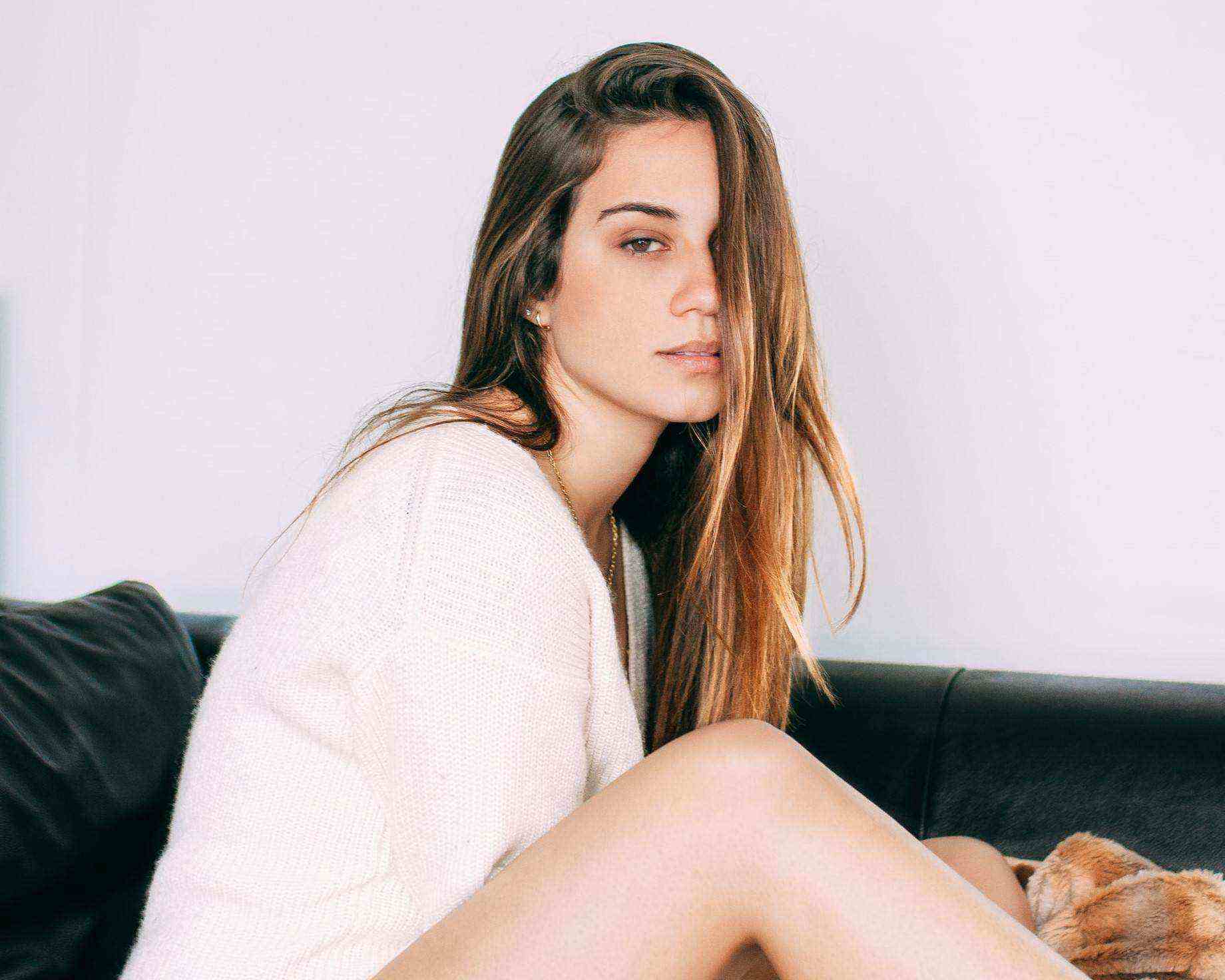 But what if you’re in a more public place with her?

1. She bites her lips seductively when you’re talking

It is not uncommon for people, including women, to engage in various forms of nonverbal communication when they are attracted to someone.

Biting one’s lips can be a subconscious or deliberate way for us to signal our interest in another person. It is often seen as a flirty or seductive gesture and can be a way for a person to draw attention to their lips or mouth.

A flirtatious stare is another nonverbal behavior that a woman may use to get a guy’s attention or to signal her interest in him.

It is a subtle form of flirting that involves making eye contact with someone and then looking away, either quickly or slowly, in a way that is intended to be inviting or alluring.

There are a few different ways that a girl might use a flirtatious glare to call a guy’s attention.

One common method is when a girl makes eye contact with a guy she’s interested in and looks away almost immediately or decides to lock eyes for a few seconds and then with a shy smile takes her gaze away.

This gesture can be interpreted as a sign of interest or attraction, as it suggests that the girl is interested in the guy but is also feeling a bit self-conscious and confident at the same time.

This look is something like sleepy eyes with a touch of sensuality. This is more noticeable when you’re lip-to-lip close to her.

3. She makes you notice her body

There are a variety of ways that a woman can try to get a guy to notice her body when she is interested in him. Some of these strategies may be more subtle, while others may be more overt or direct.

One way that a girl might try to get a guy to notice her body is by dressing in a way that flatters her figure and showcases her physical attributes. This could involve wearing clothing that fits well, accentuates her curves, or draws attention to specific areas of her body that she’s confident about.

For example, a girl might wear a form-fitting dress or a low-cut top to highlight her breasts, or she might choose to wear high heels to elongate her legs.

Although there are different reasons why women would dress in a way to make their body noticeable to the man they like to attract sexually, most women would do this to feel confident about themselves, while other women just wear some flirtatious clothing innocently with no intentions of dragging a particular guy’s attention to her body.

Another way a woman can try to make you notice her body is the way she twists her waist when she walks toward you or leaves the room especially if she knows you’re staring at her.

4. She steers the conversation toward sex

When she’s in the mood, all she’s thinking about is how to strip you off your clothes and have a taste of you but she can’t possibly do that. She respects your boundaries and would want to know if you both are on the same page.

She would try to shift your conversation towards sex just to put your mind on what she’s interested in. Some women do this because they feel comfortable talking about sex with the man they’re with and not because they want anything sexual with him.

But other women would talk about sex because they want to build a sexual connection with him. She can go as far as telling you about some intimate or personal experiences and thoughts.

She would most likely do this to make you know she’s turned on and to initiate a sexual encounter with you.

Women like to make their men feel strong and masculine especially when they want something from them, anything, not just sex.

For example, a woman that lifts the couch in the living room to sweep the floor might pretend to be unable to do it in the presence of her partner just to get help from him in lifting the couch.

Or a woman would ask for help from a man to tie her shoes when it’s very clear she can do it herself. It’s all a show and the show is definitely to get the man’s attention.

Now when it comes to sex, women use this approach but in a more alluring and flirty manner. She can decide to be receptive to your sexual advances or be the one to make the advances at you.

She can make you feel strong by expressing physical and verbal affection like complimenting your broad shoulders, saying you have strong arms, and even going the length of squeezing your arm.

6. She attempts to kiss you playfully

Another sign to know a woman is turned on is when she playfully tries to initiate a kiss with you. This is not an approach that a lot of women use because they don’t want to look too desperate or do too much.

There are plenty of reasons why a woman would most likely use this form of approach. It can be a playful way for her to make you know she’s interested in you without being aggressive or too forward.

She can also use this approach as a way of breaking the ice and creating a more relaxed and playful atmosphere. And mostly to create a sense of lightheartedness, and fun and put you at ease, and make you feel comfortable with her.

This approach solely depends on the particular woman. While most women like to wait and allow the men to do the chasing, other women would boldly cut to the chase and make the work easier for the men mostly if they think the man is too slow in his approach.

She might subtly or in a more pronounced way touch his hand, arm, or leg, or she might run her fingers through his hair and caress his face.

She might also decide to hug him affectionately, hold his hands, or dance with him which can be a fun and sensual way for a woman to move her body and connect with the man physically.

You might start to notice changes in the way she speaks. She may speak in a breathier tone, with shorter, quicker breaths and a higher pitch.

She may also speak more slowly, taking long pauses and a more measured pace. Her voice may soften, with a lower volume and a more gentle and soothing quality.

Some people may also experience a flush or redness in the skin, particularly on the face, neck, and chest, as a result of increased blood flow. Also, an increase in temperature can be evident when she starts to sweat heavily or complain about how hot the atmosphere is even if the room is cold.

These changes in body temperature are part of the body’s natural response to being turned on and are most apparent even in public.

10. She can suddenly become nervous

It is common for people, regardless of gender, to feel nervous when they are turned on because sexual arousal is often accompanied by feelings of vulnerability. When she’s turned on, she may feel exposed and susceptible to being judged or rejected.

Additionally, she may feel nervous because they are unsure of how to express her desires or boundaries. Many people, especially women, are not taught to openly communicate about their sexual needs and preferences.

This can lead to discomfort or fear of expressing one’s desires, which can exacerbate feelings of nervousness.

A woman may exhibit a trait of nervousness if she’s concerned about how you’ll react. She might get worried that you might be overly pushy or aggressive, or that you may not respect her boundaries.

Also read: 10 Signs She Is Sexually Attracted to You

There may also be behavioral signs of sexual arousals, such as increased touching of the body or sexualized body language.

These signs may vary for different women and the woman’s personality, the context of your conversation and the place you are at that moment may also determine the signs she may manifest.

She might also choose not to make her feelings unnoticeable if she doesn’t have the desire to have any sexual relationship with you but most of the signs mentioned above are hard to hide.