Destiny FemiDecember 27, 2022Dating Tips for Women RelationshipsLeave a Comment on 7 Disturbing Reasons Why Your Boyfriend Hits You (And What to Do) 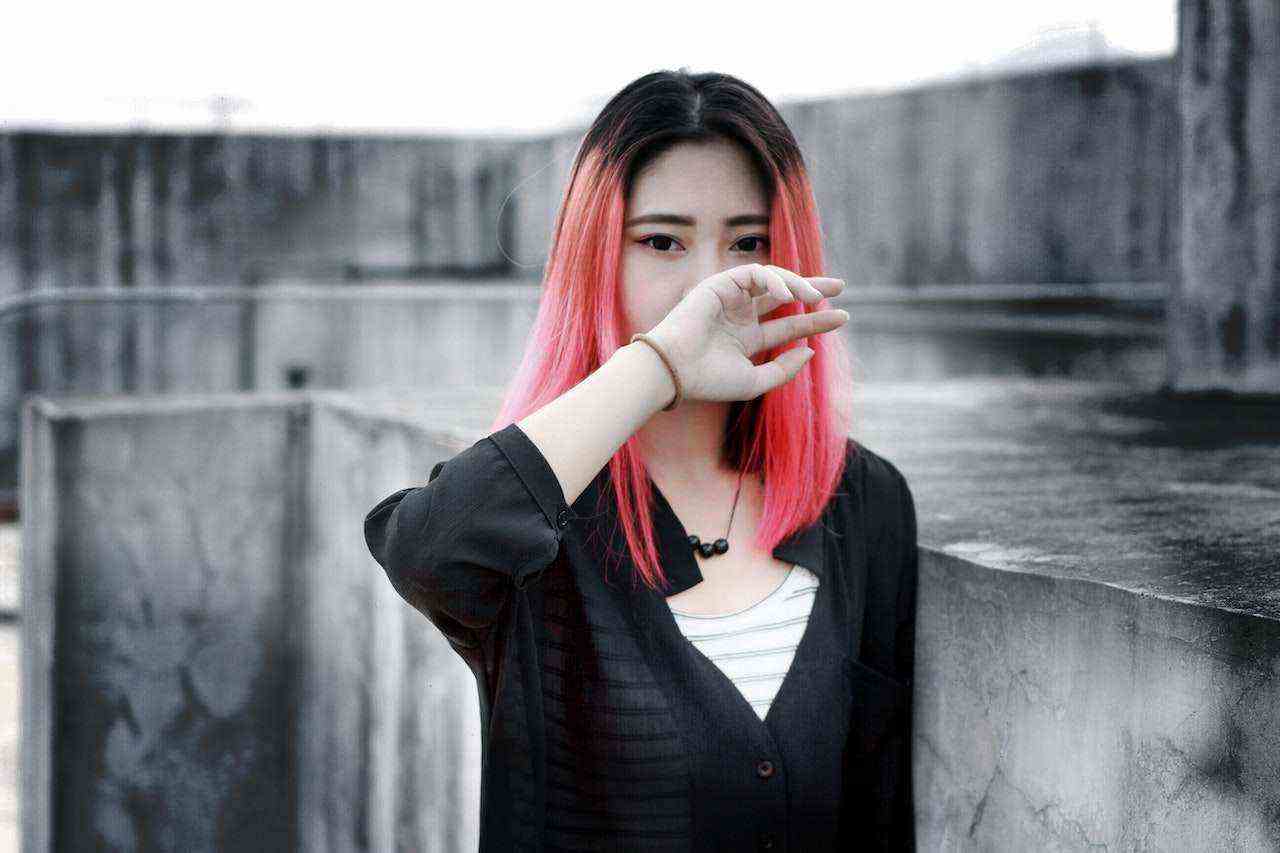 Can you relate to this story?

Sarah is a kind and compassionate young woman who had always dreamed of finding true love.

She met Jack at a local coffee shop and was immediately drawn to his charming personality and good looks. They started dating and soon became inseparable.

At first, everything seemed perfect. Jack was attentive and loving, and Sarah felt like the luckiest girl in the world. But as time passed, Jack’s behavior began to change.

He became possessive and controlling, always wanting to know where Sarah was and who she was with. He also had a quick temper and would fly into a rage if Sarah did something he didn’t like.

One day, after an argument over something small, Jack hit Sarah. She was shocked and terrified, and couldn’t believe that the man she loved could treat her this way.

She tried to leave him, but he begged for her forgiveness and promised to never do it again. Sarah wanted to believe him, so she stayed.

But the abuse continued, and Sarah became isolated from her friends and family. She was too ashamed to tell anyone what was happening, and Jack made sure to keep her away from anyone who might be able to help. Sarah felt trapped and confused.

Is it normal for my boyfriend to hit me?

The simple answer to this question is a resounding No.

Sure, it is possible that you pushed him to his limits before he finally lifted a hand on you, but there’s no justifiable reason for a guy to hit his girlfriend, and vice versa.

If you have a boyfriend that hits you — or has hit you once — don’t brush it off as an unimportant thing because you think it’s something you can handle. You should call his attention to it immediately and address it.

And if he still refuses to change, then you’ll have no choice but to stay away from him for a while — or cut him off entirely.

If it was a one-time thing that he did — and wasn’t too serious — that he apologized for immediately, and it never happened again, then there’s a high chance it was just a one-time mistake that won’t happen again.

But if he hits you a bit frequently, that’s not normal. And here are seven reasons why he’s probably doing it.

However, note that none of these reasons justifies a guy hitting you. They’re just possible reasons why it could be happening. Like a lot of things in life, understanding the underlying factors causing it can better help you to understand how to navigate it.

Your boyfriend hitting you is a form of abuse. And generally, abusers get a rush from devaluing their victims.

The act of being in control over you makes him feel powerful. And one of the reasons he enjoys it so much is that he has felt powerless in one area of his life for too long.

For instance, maybe he had a childhood where he was bullied, or had a father who was too overbearing and controlling. As psychology analyst Carl Jung said, our repressed emotions never die. They’re simply buried alive and come back in uglier ways.

And sometimes, a guy just has the urge to hit you because of a high underlying insecurity that has been buried within him for too long.

But sometimes he may just be flat-out insecure. No childhood bad experience whatsoever. Just a troubled guy who hasn’t done anything remarkable in his life to feel good about himself as a man, so he starts using you as an easy means to feel manly.

One way to detect that it’s insecurity that’s causing him to hit you is to check what triggers him. Is it saying things about your achievement? Or does a little joke that pokes holes at his fragile ego set him off?

If yes, then there’s a high chance it’s his insecurity that makes him feel the need to hit you to feel like a man.

2. He wants to “force control you”

Another reason why a guy will hit his woman is simply to exert control — but by force.

People use different strategies to influence each other. And it happens to different degrees.

For instance, some women might use sweet words or sometimes subtly guilt trip their men into doing things for them. Some men will want to micromanage their woman, choose what she wears, where she goes, etc.

Hitting is an extreme form of this need for control. By hitting you, he puts fear in you. So the next time you see his angry face, you won’t hesitate before doing what he wants.

One way to know he’s hitting you out of the need for control is to simply watch out for the type of things that trigger him. Does he suddenly flare up when you choose to not do what he wants?

If yes, then he’s probably hitting you because he has a high need to always be in control.

Why? Being in control makes him feel more powerful. He doesn’t know how to lead you.

This isn’t an excuse, but we can’t rule it out as a possible reason.

Both guys and ladies can have anger issues, and sometimes, he could just be hitting you because he hasn’t found a proper way to manage it.

What are some ways to tell if your boyfriend has anger issues?

If these symptoms check out, and you suspect he might be having anger issues, the best thing to do is to get him to work on it. He could seek professional help if need be. But if he refuses to work on it, then you might want to give him some space.

5. He’s frustrated — but is handling it the wrong way

Let’s face it. Sometimes ladies can really push it.

As much as this isn’t an excuse for your boyfriend to hit you, we can’t rule out the fact that some ladies get hit because they push their boyfriends to their limit.

Some ladies, for instance, still believe it’s cool for them to hit the guy, but it’s an abomination for the guy to hit back. That’s a wrong mentality.

If you’ve been doing annoying things to him and you expect him to not retaliate because he’s a man who isn’t supposed to feel emotions, then you need to have a quick reset.

Sincerely think back to the moments he flared up. Were they times you kept pushing him beyond his limits, saying hurtful things, and refusing to listen to him?

If yes, it’s possible that he hit you just in an attempt to shut you up.

But, of course, that’s the wrong way to handle the situation. And in this case, you both have to work on yourselves to resolve the issue.

Read: 8 Critical Signs A Man Is Toxic, According to Psychologists

Another possible reason a guy might hit you is simply that he doesn’t love you.

When someone isn’t in love with you, there’s no deep emotional connection between the two of you. Hence, even when he sees you in pain, it doesn’t mean anything to him.

A man in love has the instinct to protect, care for, and to lead the woman he loves, not hit her.

If he’s doing it because he doesn’t love you, then there’s a high chance you’ll see the signs reflected in other areas of your relationship.

For instance, you’ll often see the coldness and the lack of emotion with which he talks to you. And he may be nice only when he wants something from you.

It requires maturity to be able to process your emotions properly.

It takes someone with a solid character to have the type of difficult, confrontational conversation that will prevent physical conflict in a relationship.

If your boyfriend isn’t mature enough, he will not be able to lead you. Instead, he will yell at you and hit you when he should be communicating.

If he hits you out of immaturity, then you’ll probably see the signs spill into other areas of the relationship as well. You’ll likely notice it in his fear of commitment, lack of accountability, difficulty in communicating his feelings, dependence on his parents, etc.

What Do You Do If Your Boyfriend Hit You?

There are only two options: Leave or stay.

But how do you decide which one to do?

Well, no one’s perfect. If your boyfriend hitting you was a one-time thing, then he’ll probably apologize for his flare-up and never do it again.

Nonetheless, you should sit him down and have a serious conversation about the significance of his actions and have him promise that he won’t do it again. And, of course, if you contributed in any part to pushing him, that should also be addressed.

But what if he hits you out of habit?

Then you have to leave.

There’s no other option. If you’ve talked to him about the habit, and he still does it out of impulse, then you have to save yourself. He obviously has unresolved issues, and you can’t be the casualty.

If he can’t deal with his unresolved issues, then he isn’t ready for a relationship.

Related: 8 Things Good Men Never Do In A Relationship