15 Clear Signs of Low Self-Esteem In a Man

By Team Growth LodgeDecember 12, 2022Relationships Self-HelpLeave a Comment on 15 Clear Signs of Low Self-Esteem In a Man 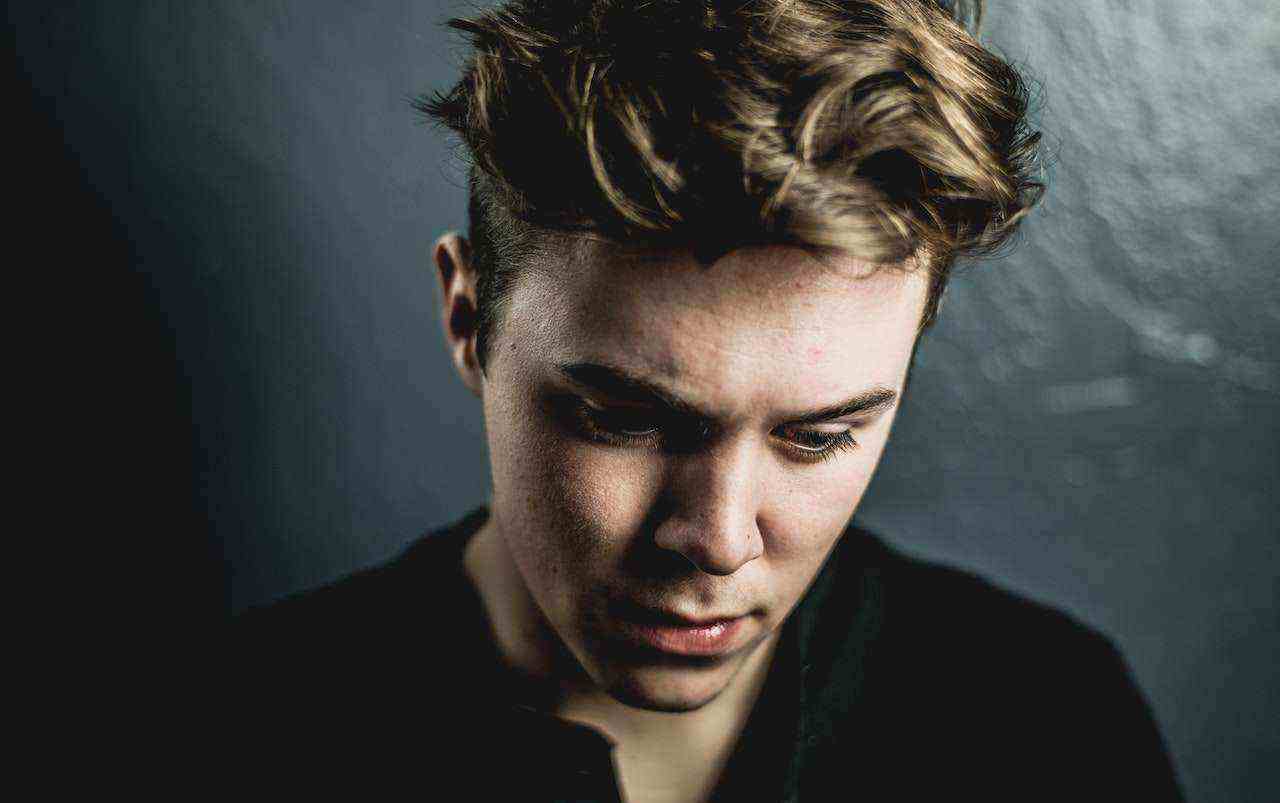 I used to struggle with low self-esteem.

I would put myself down and compare myself to others, always feeling like I came up short. It was a vicious cycle that left me feeling sad and unhappy.

One of the biggest signs that I was insecure was that I was unable to accept compliments. Whenever someone would say something nice to me, I would brush it off and sometimes even get suspicious.

A man with low self-worth is incapacitated in many ways. And sometimes, it can even be masked with an excessively dominant exterior that easily breaks apart with a little challenge to his ego. Here are 15 signs you can use to truly tell a man with low self-esteem.

1. He avoids social situations and feels anxious around others

A man with low self-worth may avoid social situations and feel anxious around others because he lacks confidence in himself and his abilities.

He may fear being judged or rejected by others, and as a result, he may avoid social interactions altogether. This lack of socialization can further reinforce his negative beliefs about himself, creating a vicious cycle.

He may also feel anxious because he is unsure of how to behave in social situations and fears making mistakes.

2. He has a negative view of himself and his abilities.

An insecure man may have a negative view of themselves because they have a poor self-image. This can be caused by a variety of factors, including past traumas, critical feedback from others, terrible friends, and sometimes genetic predispositions.

He may also become aggressive or confrontational, as a way of overcompensating for his lack of self-worth. He may engage in self-destructive behaviors, such as substance abuse, in an attempt to escape from his negative feelings.

Additionally, he may become excessively critical of himself and others, as a way of trying to feel better about himself.

3. He is overly insecure about his appearance

There are a few signs that a man may be overly critical of his appearance. These can include constantly checking his reflection in mirrors or other surfaces, consistently making negative comments about his appearance, spending excessive time and money on grooming and personal care, comparing his appearance to others, and becoming anxious or distressed when he cannot control his appearance in some way.

When a man feels inferior, he may be overly critical of their appearance because he lacks confidence in himself. This lack of confidence manifests as a preoccupation with his appearance and a belief that he is not good enough as he is.

This can lead to a tendency to criticize his appearance, even if the criticism is not warranted. This behavior can become a vicious cycle, as the more he criticizes their appearance, the worse his self-esteem will become.

People with low self-esteem may have difficulty making eye contact because they may feel unworthy or inferior to others.

When a man doesn’t feel he’s good enough, he may feel inadequate or unworthy. As a result, he may avoid making eye contact because he fears being judged or seen as weak and vulnerable.

Additionally, feeling inferior can lead to feelings of shame or embarrassment, which can also make it difficult to make eye contact.

Making eye contact is an important part of communication and human connection. When we make eye contact with someone, we are showing them that we are listening and paying attention. But it also shows them that we are contenders, not afraid to look them in the eye and engage with them.

However, for someone with low self-regard making eye contact can be challenging because it requires them to expose themselves and be vulnerable.

5. He is easily embarrassed and frequently apologizes

Having low self-worth makes a man unsure of almost everything he does because he doesn’t trust himself.

As a result, he may be easily embarrassed and frequently apologize because he lacks confidence in himself and his actions. And this is partly because he needs to constantly seek validation and approval from others. So he apologizes excessively as a way of trying to avoid criticism or rejection.

This can be a harmful cycle, as apologizing too much can reinforce the person’s negative beliefs about themselves and make it difficult for them to assert themselves or stand up for themselves when they need to.

6. He tends to compare himself unfavorably to others

It’s natural for us to compare ourselves to others, but when someone has low self-esteem, they tend to focus on how they fall short, rather than their positive qualities.

This can lead them to view themselves in a negative light and to feel inadequate or inferior to others. And this can make them more vulnerable to negative feedback from others, which can further undermine their sense of self-worth.

7. He has difficulty setting boundaries and standing up for himself

A man with low self-worth will likely avoid confrontation and let others dictate his actions, even if it means sacrificing his own needs and desires.

This lack of confidence can make it difficult for them to assert themselves and their needs, leading them to allow others to take advantage of them or to be taken for granted.

This lack of assertiveness can lead to resentment and feelings of powerlessness.

Because he fears rejection and confrontation, he’ll be afraid to communicate his boundaries effectively or may not enforce them when they are crossed.

This is the kind of man that’s too afraid to speak up to a woman who’s walking all over him because he’s too afraid she’ll leave him.

And the terrible thing about not setting boundaries is that it can lead to resentment and frustration, and may even cause harm to his mental and emotional well-being.

8. He frequently second-guesses himself and his decisions

It takes a strong belief in yourself to make confident decisions. This means that if your ego or your self-esteem is too tied to getting everything right all the time, you may struggle with making decisions and being comfortable with them.

Furthermore, someone who has low self-belief will always doubt their ability to do things right. Because they think they’re not smart enough, they’ll always be troubled by the thought that their choices are going to be wrong.

9. He is often unable to accept compliments or praise

When a man is insecure, he may have negative or distorted thoughts about himself. As a result, he may find it difficult to accept compliments or praise from others because it conflicts with his negative self-image.

He may dismiss the compliment or minimize its significance, or he may not believe that the compliment is genuine. And consequently, this can prevent him from fully benefiting from positive feedback and may make it difficult for him to build any healthy relationships or reach his full potential.

10. He is excessively self-conscious and self-aware in social situations

A man with high self-doubt may feel inadequate or unlovable and may constantly worry about what other men think of him.

This can lead to excessive self-consciousness, where he is hyper-conscious of his own actions and constantly worried about how he is perceived by others.

As a result, he may become hesitant to try new things or put himself in situations where he may be judged, thereby reinforcing his lack of confidence and difficulty forming meaningful connections with others.

11. He has a hard time expressing his own needs and desires

Low self-worth can make a man feel unworthy or inadequate, and as a result, make him struggle to assert himself and communicate his desires to others.

Because he doesn’t believe his own needs are important or valid, he’ll find it difficult to express them to others.

He may also fear rejection or criticism from others, which can prevent them from speaking up about their needs. And this can create a cycle where his unmet needs contribute to his insecurity, and his insecurity in turn makes it harder for him to express his needs.

12. He may tend to seek approval and validation from others

People who are always looking for approval and validation from others don’t have an internal metric of self-evaluation.

Instead, they look at the compliments and applause from others to make themselves feel good. But when the comments become negative, they can also become depressed and sad.

You can tell a man who seeks approval and validation by how he behaves around people. Most likely, he’ll do things to be seen. He might boast about his accomplishments or try to talk other people down to make himself look bigger in the eyes of others to gain their approval.

When someone lacks confidence in themselves, they may feel unsure of their ability to make good decisions and may therefore avoid making decisions altogether. This can lead to indecision and a reluctance to take action.

Second, a low view of yourself can also lead to a fear of failure. And when someone is afraid of failing, they’ll be hesitant to make decisions because they’re afraid of making the wrong choice and facing the consequences.

This fear can also cause them to second-guess themselves and their decisions, making it difficult to make any significant progress with anything.

14. He often feels unworthy of love, respect, and success

When you don’t think you’re good enough, you’ll also feel you’re unworthy of love and respect. This is why a man with low self-esteem may find it difficult to demand respect from his pairs.

In a relationship, he may constantly get suspicious, thinking his partner will leave him for someone else. And this constant suspicion might make him constantly clingy because he’s afraid of being left.

15. He has a hard time making and achieving goals due to a lack of self-confidence

Low self-esteem can lead to a lack of motivation and drive, which are essential for achieving goals.

When A man lacks confidence in their abilities and worth, he may be less likely to push himself out of his comfort zone and take the risks necessary to achieve his goals.

Additionally, men with low self-esteem may be more likely to give up when faced with obstacles or challenges, which can further hinder their ability to achieve their goals.

In short, feeling inferior can make it difficult for a man to have the confidence and motivation needed to pursue their goals and overcome the challenges that come with achieving them.

Also read: 7 Sure Ways To Build A High Self Esteem