Men, Stop Making These 9 Mistakes When a Woman Pulls Away

By Team Growth LodgeJanuary 18, 2022Relationships Self-HelpLeave a Comment on Men, Stop Making These 9 Mistakes When a Woman Pulls Away 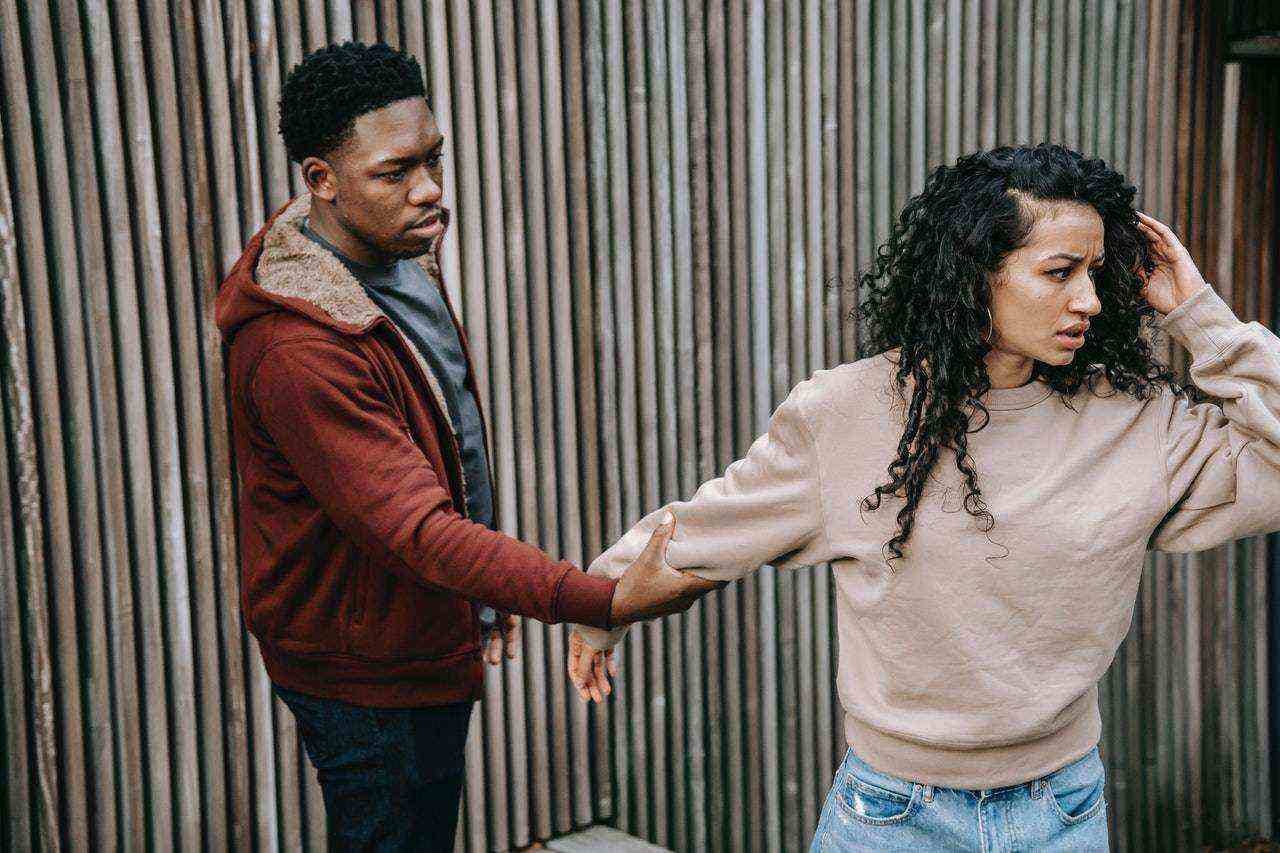 If you’re a man and you’ve ever had a woman suddenly pull away from you, then you know how frustrating and confusing it can be. It’s even worse when you don’t know what you did wrong or what to do to fix things.

When a woman suddenly pulls back from you, impulse kicks in. Most men, out of desperation, make some big mistakes that will push her even further away.

They wonder: “What could I have done wrong?” “Is she just testing me?” “Maybe she doesn’t like me anymore… Maybe she never did.” On and on their minds will go, trying to figure things out. That said, here are some mistakes most men are likely to make when a woman pulls away from them.

When a woman pulls away, many men do the exact opposite of what they should be doing. They go in full force with buying her gifts, being overly nice, and shooting their shot at every chance they get.

While it might seem logical for you to chase something you desire, it is actually one of the major mistakes you can make when a woman pulls away.

As many studies have shown, clinginess is one of the most deadly sins that kill the chances of potential romantic partners.

A woman has to be drawn in by her own desire. She’s less likely to want you if you are licking her boots begging for attention. Be clear on what it is you like about her and show that by your actions, not a plan of a full-scale assault on the senses. When you’re too desperate you tend to give off the wrong vibe, which is neediness.

2. Trying to change her feelings

Many men make the mistake of assuming that they can somehow change a woman’s feelings for them. This often happens when a man is trying to win a woman back after she has made it clear that she doesn’t want a relationship with him anymore.

The problem with this mindset is that it doesn’t allow a man to move on or accept that his relationship with the woman has ended (or will never happen).

The only person you can control in the relationship is yourself. Don’t try to control something that you can’t change. A woman has the power to decide who she loves and there is very little you can do about it.

3. Forcing her to make a decision

One of the most frustrating things about being in a relationship is not knowing where you stand with the person you love. This is majorly why many men panic when a woman pulls away.

Desperate to make sense of things, they take her actions as a sign that she is planning to leave. They then make the mistake of pressuring her for an answer.

The best way to approach this situation is by leaving all of the decisions up to her. You can let her know that you’re still interested in the relationship and that you want to hear from her. She will then get back to you when she is ready and if she chooses not to get back together with you, this will be very clear.

It’s not uncommon for men to make the mistake of over-communicating when their woman pulls away. Because they want to hear from her, they will constantly check in to know what she is doing.

But as psychologist and dating coach, Dr. Antonio Borello explained, double and triple texting someone you’re interested in without a response only adds to your anxiety and raises your clinginess. She will feel your insecurity and neediness, which will push her further away.

Sometimes a woman needs time alone to rethink things before she can fully commit herself to a relationship.

5. Putting too much pressure on her

One of the worst things you can do when a woman pulls away is to put too much pressure on her to get back together with you. She will feel suffocated.

The best thing you can do is to give her some space and time to think. Let her know that you’re still interested in the relationship, but don’t make it seem as if your entire life depends on getting back together with her.

Sometimes men do absolutely nothing when a woman pulls away. They think she will probably come back to them if they wait long enough, so they just patiently wait for that one text or phone call.

Although this can sometimes work because women change their minds about relationships all the time for no good reason, it’s not a reliable strategy.

The best thing that you can do is get out there and keep yourself busy. Continue your life as normal and meet new people, develop interests and have fun. This will help you to understand that the world doesn’t end just because a woman decides not to reciprocate your actions.

Interesting read: How To Make A Girl Chase You (Psychology)

The number one question on a man’s mind when a woman pulls away is, “does she still like me?”

When a woman is pulling away, it’s easy to panic and think that you’re never going to see her again.

While every guy wants the feeling of being loved by someone who they know also loves him back, it might be time to take your foot off of the gas pedal just a bit. Sometimes putting the brakes on actually portrays self-confidence and independence. Women love men who can live their own life, whether she’s in it or not. When a man is too worried about a woman, it makes him needy and clingy. And this mistake will make her pull even further away. Hence, making it an endless cycle of stress.

When a woman pulls away, it’s easy for men to write her off and conclude that she doesn’t care anymore. It’s not uncommon for guys to act like they don’t even notice that she has pulled away or made an excuse to not address the elephant in the room. Don’t let this happen to you.

It’s easy to make this mistake because men don’t always know what is going on with a woman. One minute she seems to like her normal self and the next, she appears very detached. If you notice that something has changed, try not to jump to conclusions or take it personally right away.

The best thing that you can do is to check in with her to let her know that you’ve noticed something has changed.

9. Putting your life on hold

Many men will put their lives on hold for a woman when she pulls away. They stop going out with friends, quit doing the things they love, and generally spend all of their time thinking about the relationship.

While it’s not uncommon to spend a lot of time thinking about someone you have strong feelings for, doing this to yourself has no upsides to it.

When you make this mistake, it makes your life appear to be revolving completely around her. And while you may like her and want to be with her, this probably isn’t healthy.

Try to maintain a sense of independence and do the things that you always have been doing. Spend time with friends and do more of the things you love.

You want to appear independent, not needy. Letting her know that you’re perfectly fine without her in your life will always do more good than harm for you.

A woman pulling away doesn’t necessarily mean she’s rejecting you. It may be an indication that she needs time and space for herself. Try not to jump to quick, impulsive conclusions. Don’t pressure her. Instead communicate with her to understand what she’s going through.