Destiny FemiNovember 28, 2022Psychology Self-HelpLeave a Comment on 6 Psychological Tricks That Give You an Upper Hand In Social Interaction 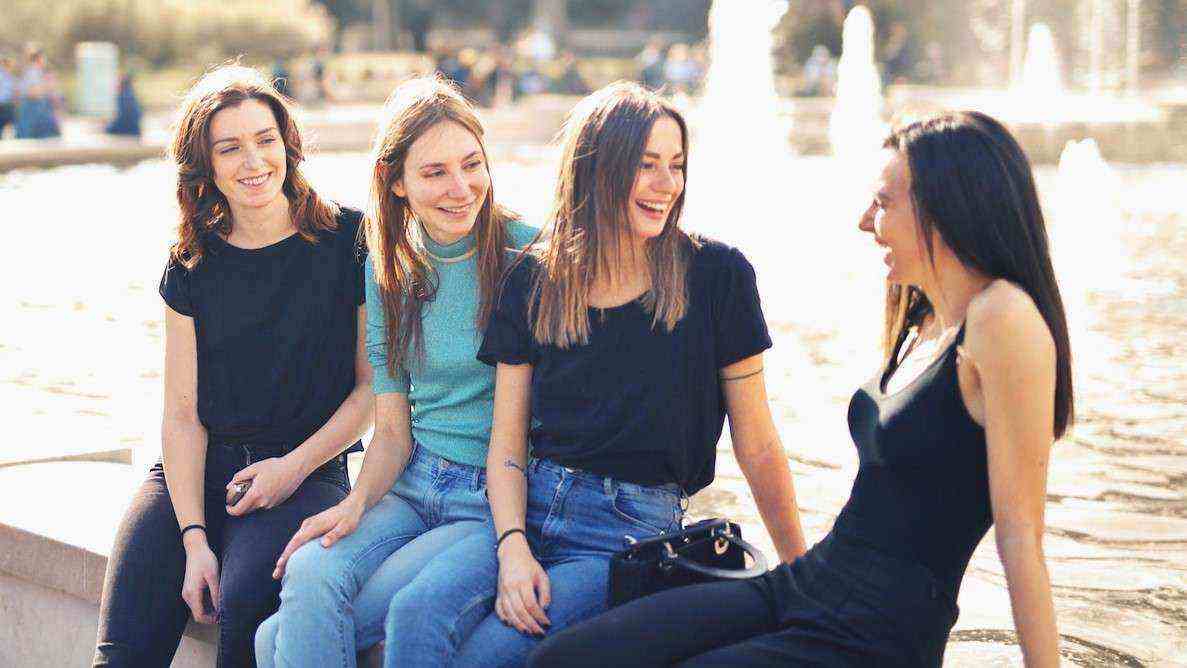 People who are good at social interaction have an unfair advantage in life.

It’s amazing how much leverage you can have over others when you know how to enter people’s minds and subtly influence them. It’s no wonder why Robert Greene wrote in The Laws of Human Nature,

“People with consummate acting skills can better navigate our complex social environments and get ahead.”

But what makes someone great at social interactions?

Most people think it’s about extroversion or knowing how to talk a lot. And this is where they get it wrong.

There’s an art to having a massive influence on social interactions. And you don’t need to be a big talker to be able to pull it off. Here are six psychological tricks you can use.

The more you emphasize your differences, the more tension and distance they’ll feel between the two of you.

The best form of validation is when someone shares an idea with you and you validate that idea by telling them why it’s true. Of course, you don’t need to do this for everything they say. This is why it’s a remarkable skill to know how to highlight similarities in social interactions.

Validating what someone is saying is one of the best ways to get them to have fun with you in social interactions. And you don’t have to say much to pull it off.

The first step is always to pay full attention to what the person is saying. Give them cues that you’re listening.

When they say something surprising, show some animation on your face like giving them an eyebrow raise or exclamations like “You’ve got to be kidding,” “No way,” etc.

Most people can’t validate because they’re obsessed with themselves. If you can be the one to give it to people, you’ll be a one-off.

If you’ve ever interacted with an extremely nervous person, you know how frustrating it can be.

They’ll feel embarrassed about feeling anxious in front of you, and their sense of embarrassment will only lead to more awkward behavior. And unless you’re highly charismatic, it will be difficult to bring such a person out of their shell.

This is why understanding relaxing cues is a fundamental part of being good with social interactions. And you also don’t need to be a big talker to pull this off.

The most important part is to simply be conscious of how you sound. The best way to emanate a relaxed demeanor is to have a relaxed voice. People can instantly sense how you feel from the sound of your voice.

And once you have a shaky voice, things can quickly go downhill from there.

Next to the sound of your voice is your body language. If you’re sitting, it’s great to simply relax your back or lean towards the person you’re talking with to emphasize interest. And use hand gestures to show your flexibility and relaxedness.

What usually happens when you give comfort cues is that your body language influences people to also enjoy the conversation. This is why it’s usually very fun to talk with charismatic people. Even if you’re not charismatic, they make you feel like you’re a good conversationalist.

In every conversation, there’ll most likely be a point where someone shares an achievement they’re proud of. Almost everyone does this, especially if they’re meeting you for the first time.

The humble ones will subtly slip it into the conversation. Some will rub it all over your face to impress you.

Moments when people talk about their achievements are like goldmines in conversations. I’ve used this trick and it works every time.

What you want to do is hold on to that achievement once they mention it.

For instance, someone quickly slipped into the conversation that they’ve won best staff third time in a row now, don’t roll your eyes and quickly move on to another topic. Not if you want to win the person over.

Rather, you want to pause the conversation there and make them talk more about that achievement. Tell them it’s amazing what they did. Let them tell you how they did it. I promise you they’ve been trying to tell someone who’s sincerely interested.

Once you can give them that feeling of importance, they won’t forget you easily.

As simple as it is, people don’t realize how powerful nodding can be in social interactions.

According to studies, people tend to give you more information when you nod to what they’re saying. And it’s no wonder why.

Nodding makes people feel validated. It’s a sure sign that you’re paying attention. It shows you’re interested in what someone is saying, and you want to hear more. It’s a powerful psychological trick and it’s not just podcasters who can use it.

Anyone can use nodding to influence people in conversations.

Most of us have experienced the impact of reciprocal liking, we just didn’t realize it.

It is a psychological phenomenon where you begin to feel an attraction towards someone only after being aware that they are attracted to you. It happens all the time. And you can use it to your advantage.

Part of the reason why reciprocal liking is so common is the fear of social rejection. There’s less pressure in showing your attraction towards someone when you’re already sure they like you back.

But how do you use reciprocal liking in social interactions?

Well, according to Vanessa Van Edwards, a human behavior expert, people tend to assume you don’t like them when you don’t signal enough likability.

In other words, most people are insecure about how likable they are. Hence, you have to deliberately make them know that you like them to get them to open up and like you back.

And my favorite way of doing this is through compliments.

A simple “Wao, I like your shoes,” could do it, depending on the situation and the impact you want to create. Once you give someone an honest compliment, you quickly communicate that you’re cool with them. This doesn’t have to be romantic.

6. Use the Ben Franklin Effect

The Ben Franklin effect is a psychological phenomenon that explains that someone who has already done a favor for you is more susceptible to doing more. And this is because we tend to rationalize to ourselves that we like someone when we do stuff for them.

The crazy thing about this phenomenon is that it further explains that people are more likely to do more favors for you when you ask them for favors, not when you do them favors.

It’s strange, but if you think about it, you’ll realize it’s true.

The reason it works, according to studies, is that we tend to think that we have rational reasons for doing everything we do, including the favors we do for people. So after helping someone out, the logical justification we often subconsciously come up with is that we like that person.

Of course, this doesn’t mean you should only ask for favors to get people to like you. Using this trick is largely dependent on the situation that you’re in. It only makes sense that you reciprocate someone’s kindness to get them to like you even more.