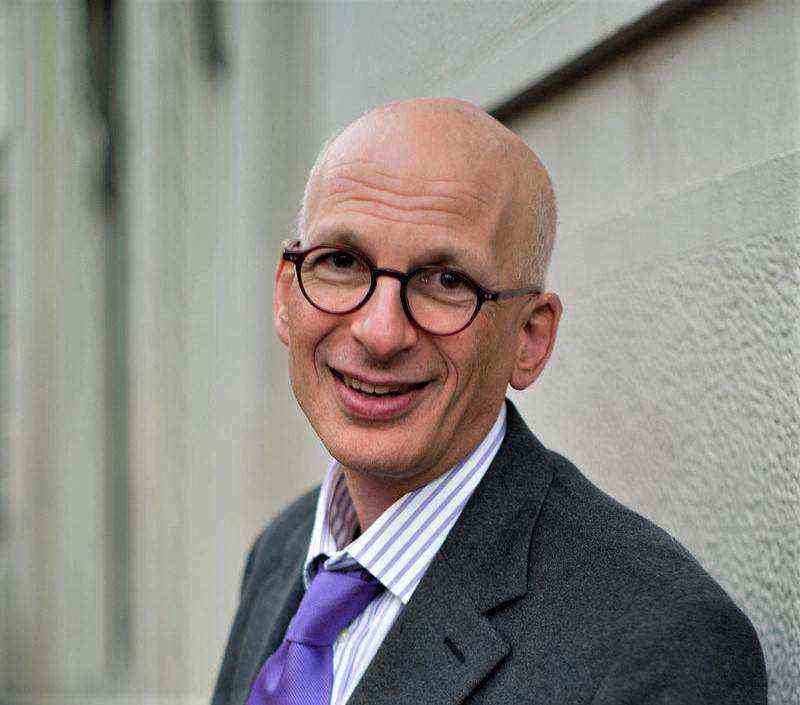 Short-term success is never planned. No one starts a business and thinks, “I only want it to do well for two years, whatever happens after that doesn’t matter.”

We all want to see our ideas grow into something beyond us.

But long term success is rare because it requires more than just an idea. In the long run, what sets us apart are the changes we can make. It’s the difference that people see.

Seth Godin, like most big players in the business world, has in a way — intentionally or not — changed the way people look at themselves and how they see the world.

As Seth said, “My goal is to be trusted in a way that I can make the change that I seek to have happened in the world.” No one who makes a change can be ignored. That said, these five brilliant insights from Seth Godin can, if applied, help you make the kind of changes that lead to sustainable success in any business you do.

The ultimate goal you should aim for

About a few minutes into their talk, Seth said to Chase Jarvis, “Anything worth doing is worth doing because it changed someone else.”

Harley-Davidson is a respected multi-billion dollar brand because they changed disrespected outsiders into revered insiders. The result? Those who have had that transformation happen to them now have nothing but respect and reverence for the brand.

We could replace everything that Apple makes with something else, except that Apple changes you into someone who has a good taste for digital goods. That’s the change they make. They escalate what it means to have good taste.

The Laramie project for instance had a goal to change those who came to their play into people who can think more deeply about gay rights. The project aimed to transform people by words uttered by different characters.

Though the Laramie project reached and influenced a lot of people, fame isn’t the point. If the change you make spreads to a lot of people, that’s great. Fame amplifies the impact you make. The most important question is, can you make a change?

As Seth, himself would later say,

“My goal is not to have more readers. My goal isn’t to sell more books. My goal is to be trusted in a way to make the change that I seek to make in my world.”

It’s not about your ability

These four words are the greatest challenge we all have in getting our creative genius to work for us.

You are capable of great things, there’s no doubt about that.

But that’s not what’s important. As Seth Godin said, “Everyone has written at least one intelligent sentence at some point in their lives. I’ve just written more than one. It’s a matter of quantity, not ability… I’ve written 7000 blog posts and half of them were below average.”

See the art that you make the same way you look at gravity. Gravity sucks.

If we didn’t have gravity, then we would all be able to fly. Nonetheless, you don’t go around complaining about gravity. You acknowledge it and you keep walking.

Seth, for instance, told Chase Jarvis in their talk that he practices saying “It might not work” out loud most times just to come to terms with the fact that his new idea might fail. Though it must suck to always remind himself of the probability of his own failure, it’s also why he’s so consistent  —  a trait that has played a huge role in his massive success as an entrepreneur.

See through your own BS

This reveals a hard truth:

Most of the people striving for success and recognition are not just good enough in most of the things they endeavor to do. It’s a mistake to fool yourself into believing you’re as good at songwriting as Bob Dylan, or as good at rapping as Eminem.

We complain all the time about not getting the success and recognition we think we already deserve because we assume we are already great at whatever we do. But in reality, it is more likely that you are only getting the result of the effort you’ve put in.

“If you go back to my blog post from 10 years ago,” Seth said, “more than half of them are way below average. It took a long time to blog like ‘the Seth Godin’ of today.”

The hard reality most people ignore is that we are living in the most crowded creative universe in history.

There aren’t just four TV networks, there are a billion. There aren’t 10 record labels, there’s a billion. You are not entitled to any success or attention. But if you dig deeper into the stuff that truly matters, you may earn some attention and leverage.

Just get on the damn horse

If Vincent van Gogh had been born twenty years later or twenty years earlier, would he have done the same thing he did with his life?

No angel came down from heaven to whisper to him that he would become a great impressionist painter. If Steve Jobs had been born twenty years earlier, he probably would have done a completely different thing. As Seth said to Marie Forleo in their interview,

“It isn’t about waiting for the right answer because there is no right answer. There are only challenges we can sign up for and emotions we can experience. There are some kinds of engagement that we can seek out and there are some we don’t want to.”

If you’re the kind of person that would rather have a small circle of people who are committed to you for a long time, you can find something related to that kind of engagement.

But if you’re waiting for that perfect horse of the carousel to come around, you’ve probably missed four or five cycles while waiting. All the horses are just as good. It’s the same carousel. Just get on the damn horse and get started.

“School is a scam that teaches people to be compliant. It teaches you to only listen to things that are in the textbooks…We invented schools so that you will get a factory job and do what you’re told,” said Seth to Brant Boersma in their talk.

The brilliant insight that often changes everything for most people is the realization that responsibility is never given, it’s taken. And if you choose to take responsibility, you get a different life because doors open up.

The thing is, no one will give you a license to tell other people what to do. You have to take the responsibility to offer your best.

Imagine a customer comes into your store every day and on the 6th day, he or she comes in crying. It is not your job to ask if everything’s okay and hug them, but if you did that, what would happen?

Your kind gesture might not work. They may get angry with you and tell you it’s none of your business. But it also might just change their lives. You could choose to sign up for that or not. That’s what it means to take responsibility.

Responsibility simply means choosing to use your freedom of choice to make a positive change.

Genius is an ancient term for the voice in our head that is capable of doing something original. That originality is what we need to bring about transformation. You can try, practice, and study all the dos and don’ts of business to be certain about every step you take. But that too is often exhausting and boring.

Ideas that will bring about change are often spontaneous. And if you’re not okay with trying out your ideas even if you’re uncertain of your result, you can’t make a change.