6 Short Quotes by Sadhguru That Will Change How You Think

Destiny FemiSeptember 5, 2022Psychology Self-HelpLeave a Comment on 6 Short Quotes by Sadhguru That Will Change How You Think 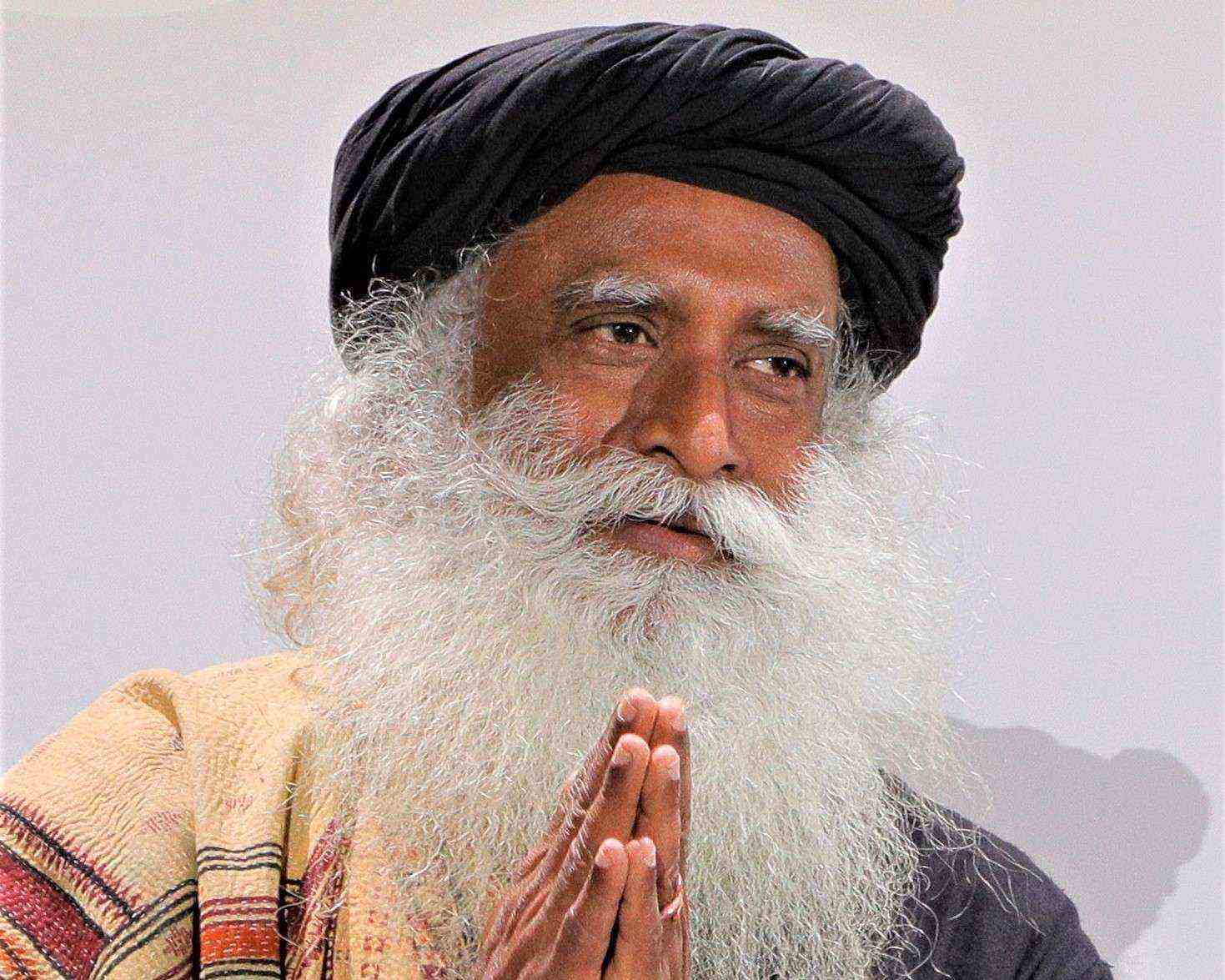 If you’ve been on YouTube in the past few years, Sadhguru needs no introduction to you. I like to describe him as someone who simplifies things. If you don’t know him, He’s an Indian mystic.

The thing that caught my attention the first time I came across Sadhguru on YouTube is how well he articulated ideas that I already knew but didn’t know I know (apparently, he has this effect on many people).

I’ve since learned a lot from his videos and his books. Here I’ve compiled some of his most popular (short) quotes that will give you those aha! moments.

1. “Reactivity is enslavement. Responsibility is freedom.”

When you have a project to do but you can’t get yourself to do it because you’re caught up on social media, that’s reactivity.

Though most people may think being able to do whatever they want, like having sex, drinking, or doing drugs at the slightest instinct is freedom, it’s actually enslavement.

Having no space to decide your action between impulse and response is slavery, and it’s the basis for most addictions.

Think about it: The average human being wants distraction most of the time. We are averse to boredom, and we’ll rather do things that are not difficult. We crave instant gratification.

Freedom means you have space to decide between that impulse and that action. This way, your impulse, and emotions don’t command you. You can hear a negative comment about yourself and not instantly feel like your day is ruined.

2. “What you accumulate can be yours, but it can never be you.”

The things you’ve accumulated are your thoughts, ideas, lessons, and experiences. They’re the mistakes you made in the past, your breakups, your failures, etc.

Most people get too attached to the things that they’ve accumulated. They start suffering from their past. They associate themselves with the bad presentation they did when they were fifteen and conclude that they’re just naturally bad at giving presentations.

This may sound ridiculous, but this is what most of us do to ourselves on a smaller or larger scale.

What Sadhguru suggests is this: Just because you did poorly on most of your tests in high school and your parents thought you were dumb doesn’t mean you have to carry that your whole life. You’re not your past. Your experiences are yours to use; they’re not you.

3. “That which knows how to bend will not break.”

Zora Neale Hurston who would later become the most famous black writer of her time lost her mother in 1904 when she was just nine years old.

Hurston’s Dad didn’t particularly like her. He found her odd and eccentric. Shortly after, he got married to another lady and sent her off to a boarding school.

With a dark start like this, you would think that Hurston was destined for a miserable life. But that wasn’t what happened.

In the following years, Hurston would work in various houses as a housekeeper. There, she would secretly read all sorts of books she — or most kids her age — didn’t have access to.

In 1915, she got a job as the lady maid to the lead singer in a popular music band. All the members of the troupe were white and educated. There she also listened to their conversations and learned from their mannerisms.

In the coming years, these series of events will lead to her succeeding in getting a formal education and becoming the most famous black writer of her time.

When challenges hit us, we have two options: We either let ourselves be broken by them, or we learn from them and make ourselves better. In a world as unpredictable as ours, flexibility and adaptability make you strive. Rigidity will break you.

As Denzel Washington famously said in his commencement speech, at the University of Pennsylvania, “Nothing in life is worthwhile until you take risks.”

Jordan Peterson detailed in his book, 12 Rules For Life, that we move forward in life by carefully placing one foot in order and the other foot in chaos. If you hold on to only what’s familiar, you’ll never grow.

Growth lies in the unthreaded paths we often resist because we’re afraid of change. We want to play safe because safety is where everything is predictable. The moment you decide to take risks, the element of safety disappears. But this is the price you pay for leveling up.

When you face the unfamiliar, you become a novice, a fool once again. But every master once started knowing nothing. As Jordan Peterson said,

“If you are not willing to be a fool, you can’t become a master.”

Change may be scary. But what’s even scarier is being in the same place for another 5–10 years without any much improvement in the person you are.

Also read: 7 Rumi Quotes That Will Change The Way You Think

5. “Human folly is that people are always trying to extract joy from outside.”

Some turn to drugs, alcohol, shopping, food, etc., in their attempt to extract joy externally.

Don’t get me wrong. I’m not saying there’s anything wrong with shopping, alcohol, or food. However, when you hear of things like alcohol or food addictions, there’s a high chance the addict has attempted to fulfill an internal need with something external.

When you try to extract joy from the outside, through any means, you never get satisfied. For instance, if you depend on Instagram or Facebook likes to be happy, the number of engagement you need to feel good about yourself will keep increasing, leading to more anxiety.

What Sadguru recommends is that you don’t look to external sources to feel good. As Carl Jung once said, “Who looks outside dreams; who looks inside awakes.”

Happiness or joy is often more of a choice. This is why Seneca said it’s not who has little, but who craves more that is poor. Looking up to external sources to be happy means putting the key to how you feel in someone else’s hands. That’s folly.

6. “Ignorance endorsed by a great authority will not become truth.”

Just because more people believe in an idea doesn’t make it true. And people will quickly adopt ideas because they like to have opinions about everything. We can’t bear not knowing.

Most people don’t even know it’s a thing to just be in a state of “not knowing”. The moment they come across someone or an idea, they instantly form opinions, even if these opinions are often not based on logic.

This is how bad doctrines get passed down to generations. When you form a conclusion about anything, looking at it from another perspective becomes almost impossible.

True wisdom, as the Oracle of Delphi pointed out with the story of Socrates, is in the awareness of your ignorance. Most people confuse fixed conclusions with wisdom. But wisdom is a state of active wonder. Someone wise has a flexible mind. This is perhaps why Albert Einstein said,

“Curiosity is more important than knowledge.”

Some people come across quotes that speak to them and they write them out on their wall or their notepad so they can continuously remind themselves of the message. Others just get excited for a few minutes and forget about it.

Which one are you going to be?

Quotes may be short, but that’s precisely the point. If one speaks to you, you can put it on your wall or decide to memorize it. As the author Roy Bennett wrote, “Don’t just read, absorb.”