20 Obvious Signs a Married Man is Using You

By Team Growth LodgeDecember 12, 2022Dating Tips for Women RelationshipsLeave a Comment on 20 Obvious Signs a Married Man is Using You 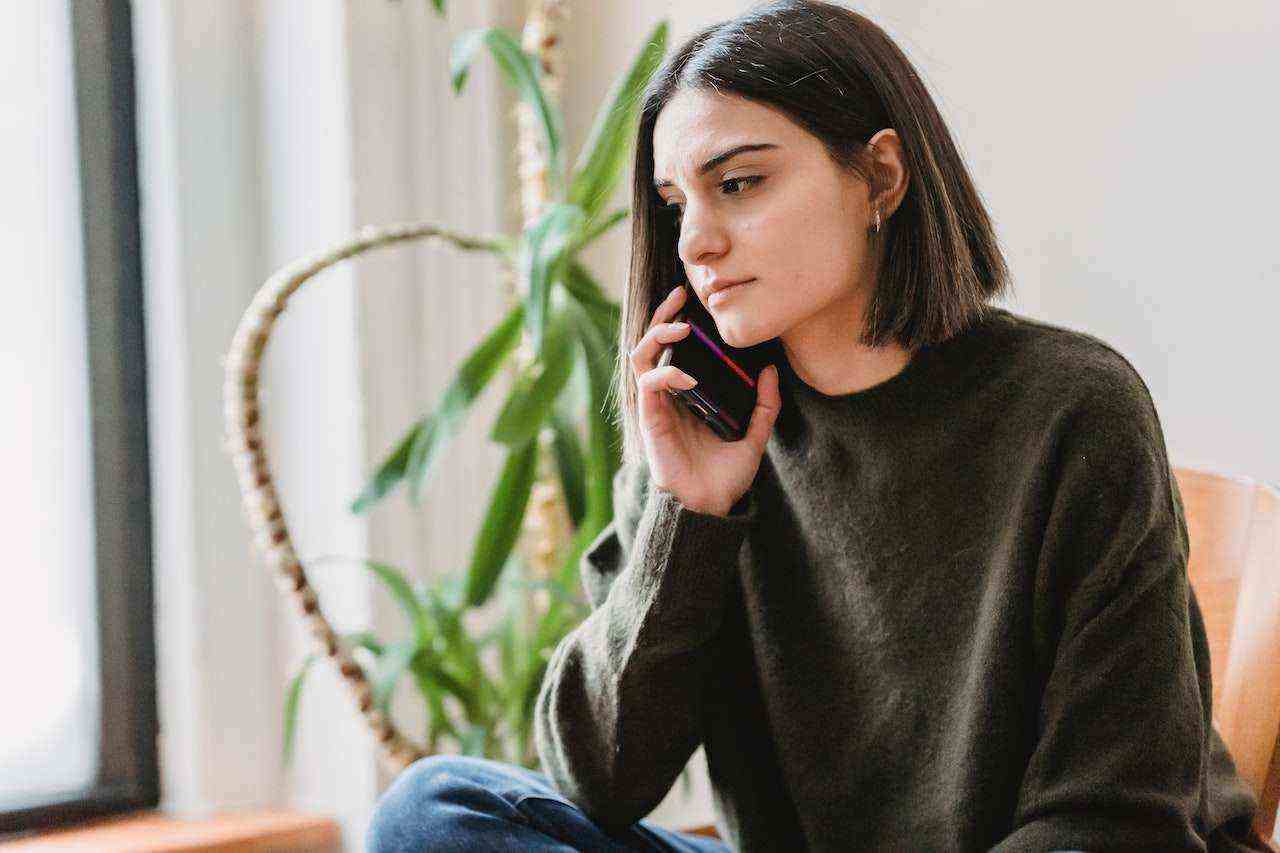 Married men who use other women for their own selfish desires often exhibit certain behaviors that can be warning signs.

These signs can be difficult to notice at first, especially if you are in a vulnerable state or are simply not aware of what to look for.

However, being able to recognize these signs can help you protect yourself from being used by a married man. In this article, we will discuss twenty common signs that a married man may be using you for his own benefit.

By understanding these signs, you can take steps to protect yourself and avoid being taken advantage of by a man who is already committed to someone else.

1. He only contacts you at certain times or under specific circumstances.

A married man who is using you may only reach out to you when it is convenient for him. For example, he may only contact you late at night or when his spouse is not around.

Additionally, he may only communicate with you through certain channels (e.g. text message or email) to avoid detection. If you feel like you are only being contacted when it is convenient for him, that’s a major red flag.

2. He is not interested in your personal life or well-being.

When a man isn’t truly interested in you, he won’t show interest in your personal life. He’ll only engage with you in superficial ways.

For instance, he may not ask about your hobbies, interests, or goals, and may only talk to you about surface-level topics.

Additionally, he may not show concern for your emotional or physical well-being, and may only be interested in spending time with you when it benefits him in some way. If you feel like he is not truly interested in getting to know you as a person, he may not truly care about you.

3. He only contacts you when it is convenient for him.

He may only text or call you late at night, when his partner is asleep or when he is feeling lonely. Or, you’ll notice that he only makes plans with you on the weekends or when his partner is out of town. In other words, he doesn’t make a genuine effort to spend time with you or make you a priority in his life.

4. He doesn’t introduce you to his friends or family.

If a married man is using you, he will likely keep you a secret from the important people in his life.

You’ll notice that he’ll avoid introducing you to his friends or family, or he may only introduce you as a “friend” to avoid raising any suspicion. He may also avoid mentioning you on social media or leaving any evidence of your relationship in his home.

5. He is not interested in your life outside of your relationship.

A man who doesn’t love you will not be interested in getting to know you on a deeper level. He will not ask you about your hobbies, your friends, or your family, and he will not show any interest in your life outside of your relationship. This is because he is only using you for his own benefit and does not care about you as a person.

When we care about someone, we’re naturally curious about their lives. We’ll want to know more about the aspects of their nature that we find irresistible. And this will make us instinctively interested in their lives.

Hence, if a man simply wants to get physically intimate whenever you’re together, without ever trying to know you deeper, it’s a sign that doesn’t want anything serious with you.

6. He doesn’t make any long-term plans with you.

A man who doesn’t take his relationship with you seriously will probably not make any long-term plans with you.

He won’t talk about the future or make any commitments to you, because he doesn’t want to risk his marriage or his relationship with his partner. He’ll only restrict your discussions in the present and avoid discussing anything that could potentially lead to making future plans with you.

Interesting: 10 Sure Signs He’s Fighting His Feelings For You

One of the biggest signs that a married man is using you is a lack of commitment. This can manifest in a variety of ways, such as not making future plans with you, not introducing you to friends or family, or not making an effort to spend quality time with you. Essentially, he will not prioritize your relationship and will not be as invested in it as you are.

He’ll make subtle moves to keep the relationship a secret, which can involve lying about his whereabouts, or avoiding spending time with you in public. This type of behavior can be a sign that the man is not only using you but also that he is not being honest with his spouse about the nature of your relationship.

He may try to manipulate you in various ways. This can include using emotional blackmail, making you feel guilty for wanting more from the relationship or even gaslighting you to make you question your own feelings and experiences.

A manipulator may try to make you feel like you are the one who is being unreasonable, rather than acknowledging and addressing your legitimate concerns about the relationship.

For instance, he might make you feel guilty for wanting him to be honest with you about your place in his life. He’ll make all sorts of excuses about how much pressure he’s going through and how he needs more time to figure things out.

10. He does not make any effort to plan dates or activities with you.

If a man only wants to use you for his own enjoyment, he may not put any effort into planning dates or activities with you. He may just expect you to be available whenever he has free time, without considering your own schedule or preferences.

This can be a sign that he is only interested in spending time with you when it is convenient for him, rather than making an effort to make the relationship meaningful for both of you.

11. He does not show any interest in your life or well-being.

For instance, he may not bother asking you how your day went when you meet up. Instead, he’ll want to hurry into sex.

He won’t show any interest in your goals, or your dreams, and may not offer any support or encouragement when you are facing challenges. This lack of interest can be a sign that he is only using you for pleasure and nothing more.

Related: 5 Surefire Signs A Girl Is Just Using You

12. He does not bring you into his inner circle.

If a married man does not include you in his life and does not introduce you to his friends or family, this is a clear sign that he has no plans of going anywhere with you.

He may be afraid of being discovered by his wife or may simply not be interested in building a meaningful relationship with you. In either case, it is important to recognize that he is not treating you with the respect and consideration that you deserve.

13. He only wants to spend time with you when his wife is not around.

If a married man only wants to spend time with you when his wife is not around, this is a clear red flag. He may be using you as a way to escape from his marriage or as a way to satisfy his own desires without having to worry about the consequences.

In either case, it is important to recognize that he is not being honest or fair to you or his wife, all of which are red flags.

14. He does not make any effort to make your relationship official.

This means that he will not introduce you to anyone close to him, he will not make plans for the future with you and he will also not discuss the possibility of leaving his wife for you, because he has no intention of doing so.

He will not want to divorce his spouse or even consider leaving his marriage. Instead, he will likely continue to string you along, keeping you in a kind of limbo where you are not officially together but are also not free to date other people.

All he’ll do is make excuses and hope that you keep believing his lies.

15. He is secretive about his personal life.

One of the most common signs that a married man doesn’t truly want you in his life is that he is very secretive about his personal life. This could include being evasive about who he is married to, not wearing a wedding ring, and not talking about his home life or family.

If you notice that the married man in your life is consistently avoiding these topics or is making up stories about his personal life, it may be a sign that he is using you and doesn’t want you to know the truth about his intentions.

16. He only contacts you at certain times

He may only call or text you late at night or when his spouse is not around. This could be a sign that he is using you for intimacy or emotional support, but is not interested in having a real relationship with you. If you find yourself constantly waiting for his calls or texts and only hearing from him at certain times, he’s hiding you.

17. He only wants to spend time with you in private

If you find that he is only interested in seeing you in private and is not willing to include you in his public life, it’s a major red flag.

18. He is not open about your relationship.

19. He is not upfront about his marriage.

If a married man is interested in pursuing a relationship with you, he should be upfront and honest about his marital status. If he is not open about being married, or if he tries to hide it from you, he simply wants to deceive you and lead you on.

20. He is not willing to make any sacrifices for your relationship.

These are just a few of the signs that a married man may be using you.

It can also cause harm to any children involved. It is important to carefully consider the possible consequences before getting involved with a married man.

If you are unsure about the nature of your relationship with a man, it can be helpful to talk to a trusted friend or family member. They may be able to provide you with some outside perspective and can help you to determine what’s truly going on.

Also read: How To Make A Guy Regret Ghosting You