10 Signs an Emotionally Unavailable Man is in Love With You

Destiny FemiDecember 6, 2022Dating Tips for Women RelationshipsLeave a Comment on 10 Signs an Emotionally Unavailable Man is in Love With You 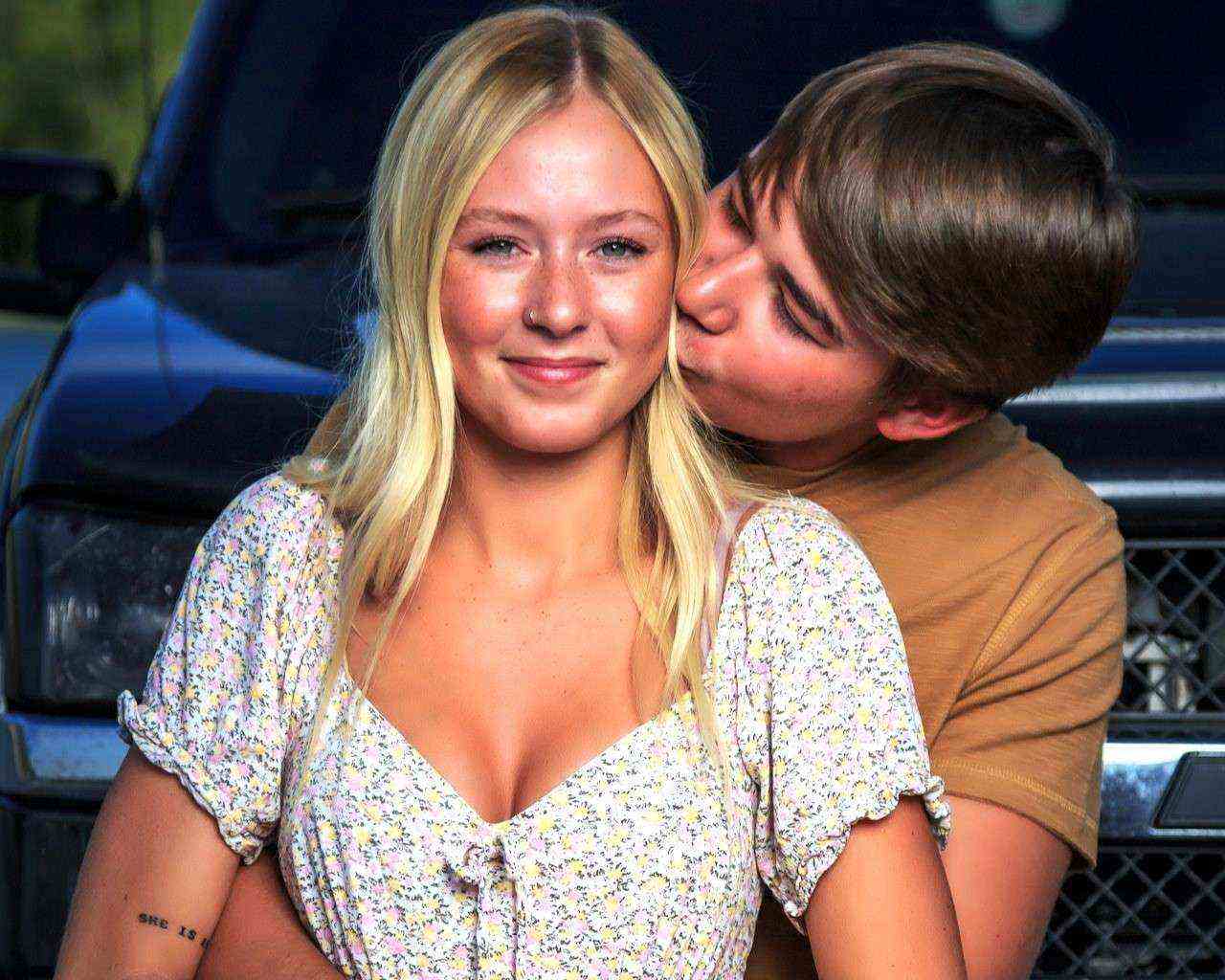 It’s difficult for emotionally unavailable men to fall in love.

This is because they usually don’t stick to any relationship long enough to the point where there’s a strong enough bond to make them fall in love.

In relationships, they’ll avoid serious discussions. And they’ll take off at any sign of things becoming serious. This is why building anything meaningful (romantically) with an emotionally unavailable man is almost impossible.

But sometimes, even emotionally unavailable men commit. And when they do, it’s special. You start to see them gradually open up. They start saying sweet things that will catch you off guard.

There are several reasons that an emotionally unavailable man might open up to love, but sometimes it just happens. They meet a woman who strikes a chord in them and they can’t just resist her.

Sometimes an emotionally unavailable man just falls in love because he met someone who showed him love and made him feel safe enough to open up.

That said, if you’re suspecting that an emotionally unavailable man may be falling in love with you, here are the best signs that will confirm your suspicion.

1. He starts to freely express himself to you (especially with words)

They’ll find it easier to just show you in some way — like buying stuff for you — that they care about you.

Words of confession are too emotional and uncomfortable.

Hence, when you start seeing him confessing words like “I love you,” or “You mean the world to me,” know that he really means it. And he’s doing it because he’s sure about you, and he wants you to know.

Sometimes he might go as far as crafting a romantic text to tell you how he feels. When you see these signs, don’t dismiss them. Compliment him for it and tell him how much it means to him.

He may not be doing them out of impulse. He may be deliberately learning them so that he can be a better man for you. When you encourage him, he’ll feel safer opening up more for you.

2. He wants a future with you

When a man is emotionally unavailable, he doesn’t want anything deep or meaningful with one woman. Instead, he’ll cover up his fear of commitment by having a long line of casual relationships.

However, when you suddenly see him enthusiastic about spending his life with you, know that love may be in the picture.

You’ll likely hear him say “we” instead of “I”. And he’ll say these words with enthusiasm, not like he’s unsure if he really wants you.

When you see these signs in him, know that you’ve broken his fear of commitment. He no longer sees being with one woman as a scary thing to avoid. Instead, he’s happy to keep you by his side as his special one.

3. He lets you in on his inner circle

An emotionally unavailable man will do anything to avoid commitment. This means that he won’t want you to meet his friends and family because you might not be the only one he’s seeing.

Since he wants to keep his options open, he’ll avoid making any deep, meaningful connection with any woman.

But when he’s in love with you, he’ll break these rules for you.

He’ll suddenly be happy to let you in on his inner circle. He’ll tell his friends about you, and he won’t be afraid to introduce you to his family.

He wants everyone important to him to know you because you’re important to him. He wants them to realize that you’re special, you’re different from every other girl he’s been with and they should treat you with respect.

4. He listens to you

He doesn’t shut you out, or become impatient or touchy when you’re saying something he doesn’t agree with. Instead, he betrays his instinct to avoid any serious discussions and listens.

This is a major sign he’s slowly falling for you.

An emotionally unavailable man is never open to having serious discussions about his relationships. And this is because he prefers to keep them casual. He wants problems to float in the air until they disappear.

Talking about relationship problems with one girl is usually not worth it for him. When it gets too tough, he’s used to just exiting and looking for another girl.

But when you see him pay attention and give a good response when you raise issues regarding your relationship, know that he’s willing to commit. He values being in a relationship with you, and he wants to make it work.

5. He quickly realizes and apologies when he slips

When he’s emotionally unavailable, his default state is often annoying, nonchalant, and egotistical. And he behaves this way without bothering to apologize.

Since he doesn’t value the relationship, he’ll do whatever he wants and not mind whether you leave or not.

But when he’s in love with you, this default changes. He’ll become gentle and considerate. And even when he slips into his annoying and unavailable self, he’ll quickly apologize.

This is a sign that what he has with you is different. He wants to make things work with you.

6. His connection with you isn’t just physical anymore

Most people who are afraid of emotional connection cover it up with casual sexual relationships.

They spend so much time switching partners that they don’t have the space to build any emotional connection with anyone.

And their sexual experiences are usually like sports. They don’t make love. They just have sex and move on. And when the sexual connection dies, the relationship ends. Then they move to another partner.

But when an emotionally avoidant person is in love with you, their connection isn’t just physical. And you’ll feel it because they genuinely enjoy spending time with you even if you’re not having sex.

You won’t experience their usual routine of calling up their girlfriends late in the night to come and hang out. Instead, they’ll want to spend quality time with you because they want you beyond just your body.

7. He’s vulnerable around you

He lets you see all sides of him. And he isn’t afraid of exhaustively upholding alpha male demeanor around you. With you, he can just be himself.

He isn’t afraid to confess his feelings and express how he feels about you. He’ll readily introduce you to his friends and brag about you to them, not minding what they think.

He lets himself be corrected by you without feeling less of a man. He respects you, and he’s not afraid to show it.

Related: 12 Psychological Tricks to Make an Avoidant Miss You

8. He wants to commit to you alone

This is perhaps one of the best signs that an emotionally unavailable man is in love with you.

When he wants you, he wouldn’t just commit, he’ll make you know that you’re the one he wants. He’ll stop playing games. He’ll become teachable. When you try to correct him on certain things you don’t like, he’ll listen and make adjustments.

He’ll sacrifice for the relationship because he’s committed to making it work. He’ll make a deliberate effort to right things with you when there’s a fallout. He’ll apologize if he needs to. He’ll invest in you because he’s in it for the long haul.

An emotionally unavailable man will only do this when he’s ready to be with you.

9. He misses you when you’re not around

He won’t quickly jump on the opportunity to talk to other girls when you’re not there. He’ll be too afraid to lose you to do that.

When you’re not there, he’ll call or text frequently. He won’t quickly use your absence as an excuse to ghost you. Instead, he’ll make plans for when he’ll see you again.

He may not tell you in words that he misses you, but you’ll see in his actions that he wishes you were there by his side all the time.

10. He wants to change for you

The changes may not be immediate, but you’ll notice how he’s trying to be a different person for you.

You’ll see how gradually it starts to be more romantic. Sometimes he may even feel embarrassed about it. But that’s a sign that he cares about what you think of him.

You’ll see subtle actions like him deleting dating apps from his phone, making his phone password available for you, complimenting you more, telling his friends about you, buying you gifts, or sending you romantic texts.

All these are evidence that he wants to change for you.

He’s trying to be a different person, to open up and see where the love he feels takes him.

Read: 6 Practical Steps to Make a Man Fall Deeply In Love With You