9 Signs He Doesn’t Want Anyone Else to Have You

Adetayo ToluwalopeJune 24, 2022Dating Tips for Women RelationshipsLeave a Comment on 9 Signs He Doesn’t Want Anyone Else to Have You 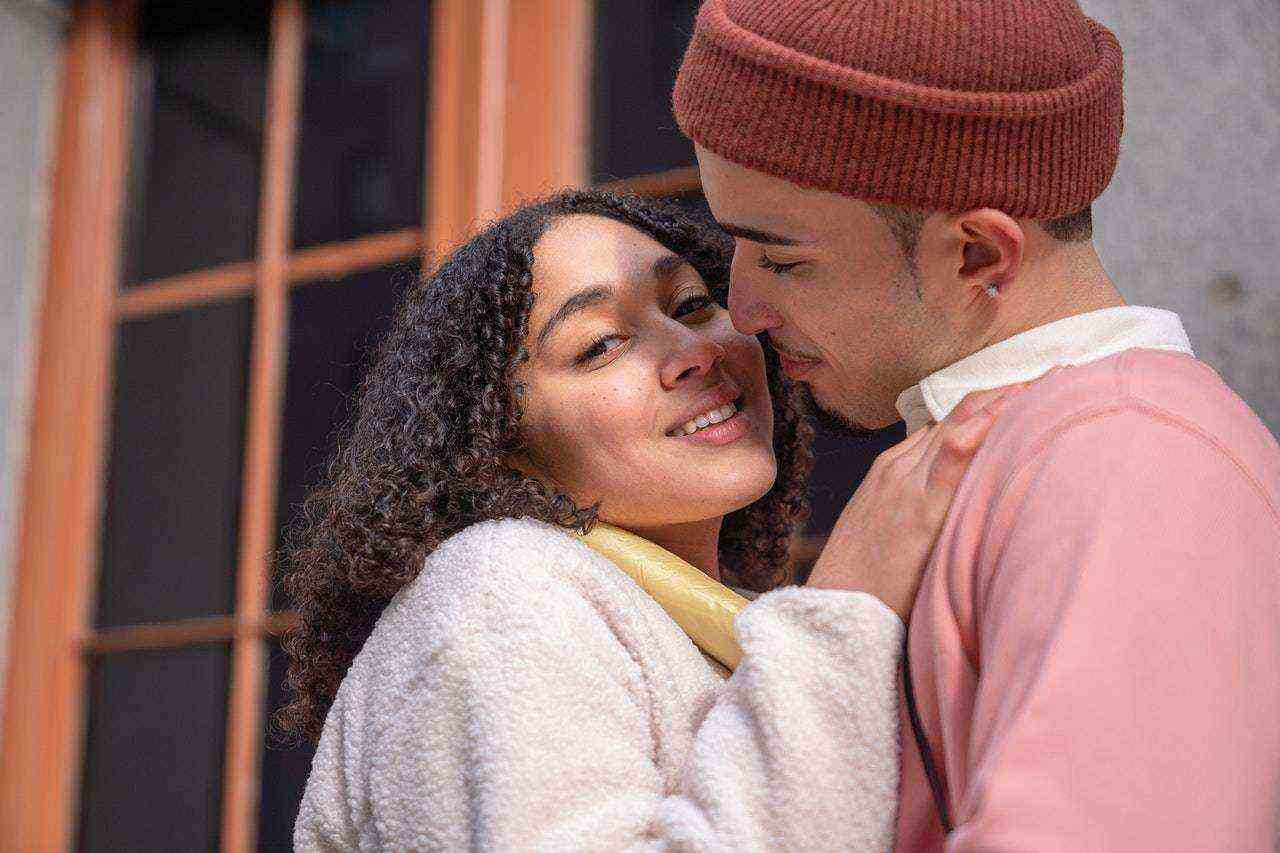 When Ben and I first met at a bar, we instantly clicked and became fast friends.

We told each other that we weren’t looking for anything serious, so it was easy to settle into the everyday routine of casual friends with benefits.

Eight months later, Ben and I had gotten considerably closer and were doing everything dating couples did without a relationship label.

One night, I thought about all the silent signs Ben had been giving me: he never goes to bed without saying goodnight to me and he goes out of his way to compliment me genuinely.

Soon, it dawned on me that while Ben hadn’t officially asked me out, he was constantly showing signs that he didn’t want anyone else to have me. That night, I spoke to him about it, and we became an official couple.

It is easy to fall into pseudo-relationships because it seems no one wants anything serious these days. On one hand, I think casual relationships are great because they give you ample time to know the other person before deciding to commit fully.

On the other hand, it becomes a problem when one party falls in love; and the other doesn’t want to commit after such a long time.

Casual relationships are only viable for a short time because everybody deserves commitment and eventually craves it. If a man loves you, it is easy to tip from casual to official without any problems.

But if he doesn’t, that’s the fastest road to heartbreak, and you should leave while you can. But what are the signs? How do I know he loves me enough to make this official? In the next paragraphs, I will discuss how to tell if he loves you and signs he doesn’t want anyone else to have you. Let’s check it out.

In research by Sarah D. Gross on The Influence Desire on Jealousy, it was stated that the desire to attain a committed relationship impacts jealousy.

In simpler words, the study explains that men would get jealous when they want commitment from their partners.

One of the very first signs I noticed from Ben was that he always got a bit restless whenever I wanted to go hang out with my other male friends. Although we weren’t officially dating, he wanted to monopolize my attention. This was what made me realize that he wanted a commitment from me.

Pay attention to your man the next time you’re out together. Does he get miffed when the bar attendant gets a little flirtatious? Does he get angry when you laugh a little loud with other male friends? It might signify he doesn’t want you to interact with other competitors.

Related: 6 Signs He Is Not “The One” For You

2. He lets you into his inner circle

We know men are the masters at keeping things casual, especially when he doesn’t want anything serious with you. If a man introduces you to his family and friends, you already know you are one more step up closer to a forever deal.

In the expanded edition of his book Act Like a Lady, Think Like a Man, Steve Harvey said,

“If you never meet his friends, family, co-workers, or other people who are important to him, he’s sport fishing; if he introduces you to his people, he might be looking for a keeper.”

The more serious a man is about you, the more willing he would be to introduce you to his family and get to know yours. When you notice he shy away from meeting your friends and family, you know the deal.

Men have an instinct to provide for the women they love and care about.

According to this research from the University College London, the provider role is important to guys in developing their masculine identity. When presented with a scenario where they must prove themselves to be men, they immediately step up as a provider.

One of the signs he doesn’t want anyone else to have you is that he will assume the role of provider and protector in your relationship.

Pay attention to how he helps you around the house, how quickly he comes to pick you up from work when you’re stranded, regular gifts, flowers, and other manly gestures.

In a new study by Ladbrokes using 2000 men as test subjects, it was observed that most men only listen to their partner for an average of six minutes!

After six minutes, they hardly ever remember what you were talking about or would only manage to join fragments together. The study also went further to list that the top topics that men tune out most on are: their partner’s workmates, talking about people they have never met, horoscopes, celebrities, fashion/shopping, what their partner had for lunch, their partner’s feelings, etc.

Hence, one of the biggest signs he doesn’t want anyone else to have you is how attentive he is to you. When you tell him any of these details, he remembers.

Imagine telling him you’re a Pisces, and he remembers! Or when you get back from work, and he asks about your rude office colleague who was nasty to you yesterday. These are the little things to watch out for.

5. He always wants to move things forward with you

No relationship is devoid of fights and misunderstandings, no matter how great it is. Even when you walk on eggshells around the other person, there will still be disagreements. What truly matters is how he handles the disagreement after it happens.

A man that doesn’t care about you will let misunderstandings drag on for hours and even days. And this is because you are not important to him or his peace of mind. He doesn’t care whether you’re happy with him or not.

But if he loves you, he will not jeopardize your relationship with him and will always reach out to resolve them as soon as possible.

For signs that he doesn’t have anyone else to have you, watch out for how he treats you after a fight. Does he go AWOL? Or does he reach out to settle it?

In a study to measure the psychological responses to emotional stimuli in both men and women, Dr. David Lewis, neuropsychologist and the director of Mindlab, said,

“Men feel emotion just as much as women, sometimes more strongly, but are less willing to express these emotions openly due to expectations put on them by society.”

When a man starts to open up to you about his past experiences and life, he cares about you. But due to how society has conditioned the male gender, they hardly open up to anyone or become emotionally vulnerable because they do not want to be judged.

Hence, when you see a depth of him that no one else does, it is one of the signs that he cares about you and would move the relationship to the next level.

Let’s be honest. Most of the time, casual relationships are about sex. Although the man might work hard for your satisfaction, he is just about himself and his orgasm at the end of the day.

But when you notice that a man is starting to go all out into making sure that your satisfaction is his top priority, then he’s doing it for mostly two reasons.

The first reason is that he wants to prove to you that he is a worthy warrior in the bedroom. He does this by putting all the work in, doubling down on foreplay, and making sure he leaves you satisfied after every round of sex.

The second reason is that he genuinely wants you to feel loved. He asks if you are okay every step of the way, treats you softly, and doesn’t just disappear after sex. These are signs he doesn’t want anyone else to have you.

You’re on your way home from work, and he calls you, asking to meet. The next day, you have the whole day off, and he suddenly plans for you both to go bowling.

When he keeps making plans so the both of you can spend as much time as possible, it’s because he doesn’t want you to spend time with anyone else.

This is one of the biggest signs he doesn’t want anyone else to have you. When he starts to get super curious about new men entering your life, he feels threatened about his position and doesn’t want to lose you.

For instance, he is scrolling through your picture gallery and is suddenly hung up on the picture you took with a guy the last time you went to the bar.

He asks questions about how you guys met, his name, your relationship with him, and so on. When he does this very often, you already know he wants you all for himself.

With these signs, you can make a proper evaluation of where you stand in a man’s life.

It is not enough for you to see these and assume he cares. It would be best if you had an open conversation about what he wants, then demand that he makes the relationship official. While some men might care, they feel a little scared about asking you out, so a little push would be great.

However, if you realize that he still isn’t sure about where you stand in his life (and you want something serious), you need to leave and find someone willing to commit to you fully.