8 Signs He Is Making Love To You

Adetayo ToluwalopeJuly 8, 2022Dating Tips for Women RelationshipsLeave a Comment on 8 Signs He Is Making Love To You 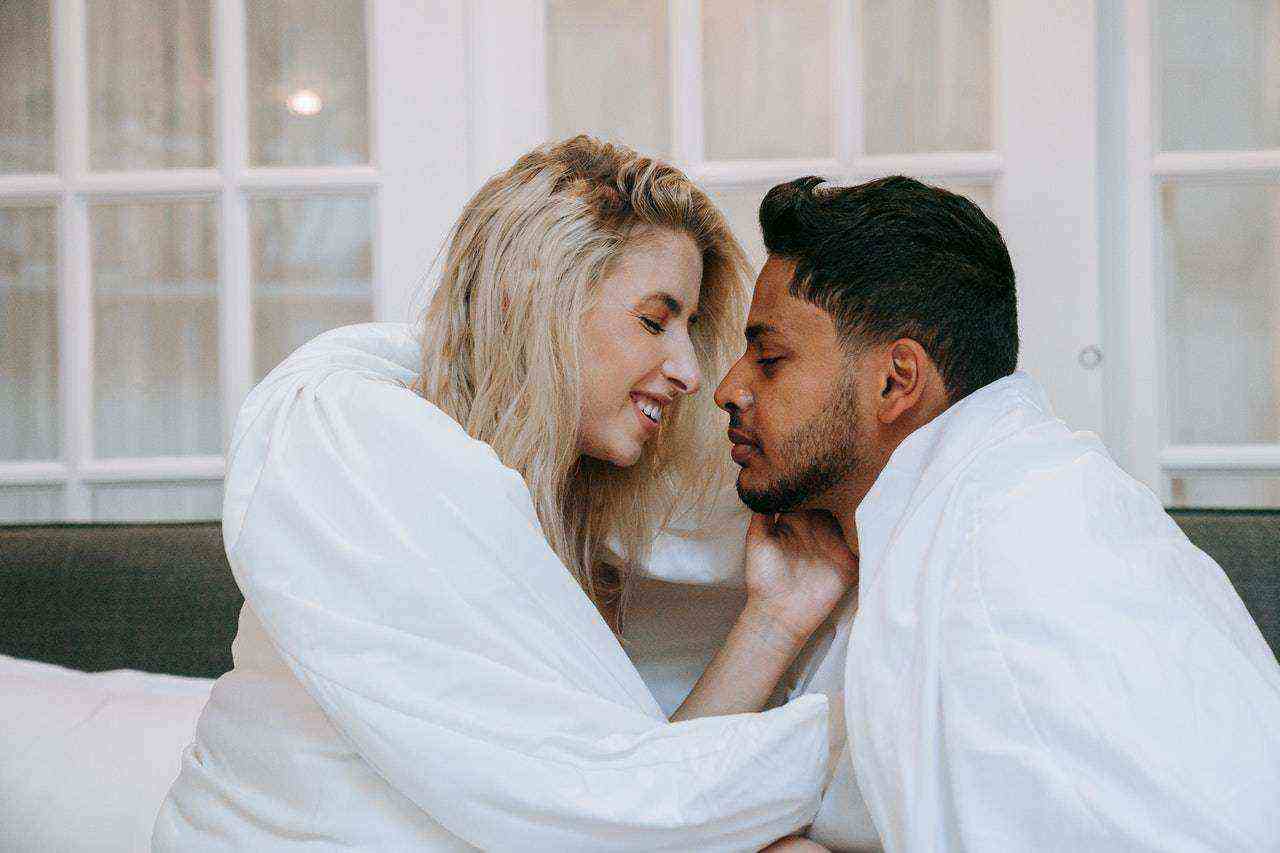 The search term “signs he is making love to me” has a high volume on google.

But why are so many women interested in knowing if a man is just having casual sex or making deep, meaningful love to them?

And why women especially? I mean, shouldn’t men also be interested in the signs a woman is making love to them?

After a while of pondering, the whole thing began to make sense.

Think about it. Some people may not agree with this, but most men don’t care about emotional intimacy before having sex with a lady. But for the majority of women, this isn’t the case. As Professor of psychology, Noam Schpancer wrote,

“Many women seek and place a premium on a sense of intimacy and emotional closenesss with their sexual partners.”

Hence, it’s no wonder why women are more interested in this discussion than men. That said, here are the signs you’ll see when a man is making love to you.

The way a man handles foreplay says a lot about the nature of his relationship with you.

Does he pay extra attention when he touches you? Is he patient or does he seem like he wants to rush to the main act? These are the subtle things that will show his level of emotional attraction toward you.

According to Dr. Ruth Westheimer, EdD, a psychosexual therapist, and professor at New York University,

“It is particularly important for women to have successful foreplay because it takes a woman a longer time [than a man] to get up to the level of arousal needed to orgasm.”

A man making love to you will take his time in foreplay because he knows it is crucial to your pleasure and satisfaction. He will pay attention to all your erogenous zones without minding how long it takes to arouse you. He understands that sex isn’t just about pleasuring himself.

Think back to the last time you locked gazes with a man you were having sex with. Remember the euphoria you felt? The curling of your toe, the rush of affection, the instant turn-on that he is staring at you while inside you? Exactly.

We can all agree that lovemaking is all about eye contact.

Trust me, a man that wants only sex doesn’t have time to exchange romantic and affectionate gazes with you. He’s all about taking your clothes off and penetrating; looking into your eyes is a digression.

But a man who is making love to you will maintain eye contact. This is because the eyes are the window to the soul. He wants to see how every move he makes affects you because he loves you. He wants to make sure you are feeling as good as he is and will also use his eyes to communicate just how much you mean to him.

I’m talking about careful wooing and romance here. A man about to make love to you will set the mood for sex. There might be candles, roses in the bathtub, sweet-smelling incense, wine, or just something as simple as a massage.

He will make an effort for you to feel special before any form of intimacy is initiated.

Even during foreplay, he is still conscious of setting the mood. He’ll do this by giving random hugs, passionately kissing your lips and feet, and spending time getting to know your body. The bottom line is effort.

If it’s just sex, then he will not take so much time to ensure you enjoy it. It will be all about his pleasure.

4. He says your name

One of the signs he is making love to you is when he calls or moans out your name during sex. Calling your name hints at a deeper connection and subconsciously tells you he is aware of you.

The essence of name-calling can not be overemphasized, which is why people get outraged when their partners call another person’s name during sex. It says a lot about how much importance has been attached to this seemingly small detail.

Pay close attention to how he says your name and what follows immediately after. A man who wants sex can also call your name, but it would lack the romance and affection attached when a man who loves you does the same.

According to researchers at the University of Toronto, post-coital cuddling inspires sexual satisfaction even more than actual sex or foreplay.

We all know how amazing it is when the man you just had sex with pulls you closer after sex. It releases all the feel-good hormones and communicates his affection.

You should also note that some men need their own space after coitus to catch their breath. It does not mean he doesn’t love or cherish you; it all boils down to knowing your man.

As long as he is not averse to holding you and making conversations after sex, then it’s a great sign. You should only be worried when he disappears or avoids you completely.

Interesting: 16 Psychological Tricks That Will Make Him Miss You

According to research, kissing helps to improve intimacy between partners.

During a kiss, the happy hormone called dopamine is released into the bloodstream. For context, this is the same hormone activated by heroin or cocaine. That’s how powerful it is.

Not only is dopamine released, but oxytocin, the love hormone which stimulates feelings of love and attachment, is also discharged into the bloodstream. This is enough proof that kissing should not be underestimated in a long-term romantic relationship; it is also one of the signs he is making love to you.

If it’s just about sex to him, he won’t make an effort to lock lips and build intimacy. He will be hurried because all he can think about is an orgasm. A man making love to you will kiss you often and passionately because he knows how essential it is to make you feel good.

7. He pays attention to your body

He doesn’t just kiss your lips but every part of your body too.

I used to feel very self-conscious about the love handles on my stomach. But whenever my husband and I were having sex, he would devote much time to kissing and massaging these handles. I always feel well-loved soon after, and I don’t even worry about it anymore.

Not only should your erogenous zones be kissed and caressed, but your man should also pay attention to all the points in your body that you are insecure about. This is what lovemaking entails.

It could be your stomach, your forehead, or your arms. A man who is making love to you will ensure every part of your body is equally loved and cherished.

We know the doggy style and all other similar positions are pleasurable, but if we are honest with ourselves, does it breed intimacy? These sexual positions are not lovemaking positions, and if your man has you splayed in these outrageous positions every time, chances are you’re both just having sex and not making love.

There are a lot of pleasurable sexual positions that increase intimacy between partners, and they are characterized by whether you can maintain eye contact, hold hands, and touch each other during sex. A man who is making love to you will want to do it in a more intimate sex position.

Lovemaking is an act of shared intimacy in which both partners are supposed to finish with a sense of contentment, satisfaction, and affection. Copulation that doesn’t inspire these feelings in you is not lovemaking.

Affection is hard to fake, especially during sexual intercourse. Pay attention to how a man treats you before and after the act because it will tell you a lot about how he feels about you.