15 Signs a Guy Likes You More Than You Think

By Team Growth LodgeDecember 14, 2022Dating Tips for Women RelationshipsLeave a Comment on 15 Signs a Guy Likes You More Than You Think 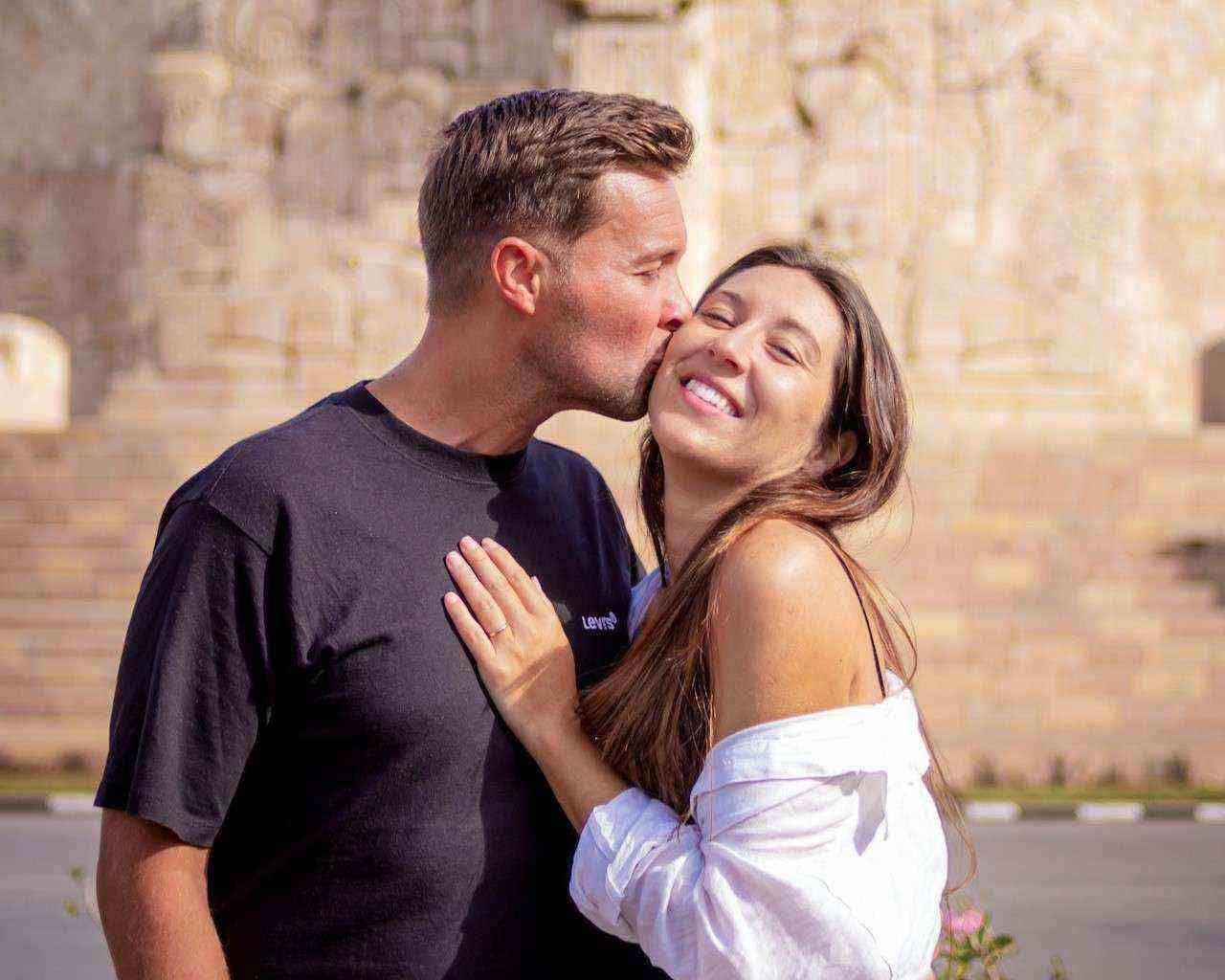 Are you wondering if that special guy in your life might have deeper feelings for you than you realize?

It can be difficult to tell sometimes, but there are a few unique signs that can give you an indication that he might be into you more than you think. In this article, we will explore fifteen of these signs and what they might mean for you.

Whether you’re just starting to get to know each other or you’ve been friends for a while, understanding these signs can help you figure out where you stand with the guy you’re interested in.

1. He remembers tiny details about you and your life.

If a guy is truly interested in you, he will pay attention to the things that you say and do, and he will remember details about you and your life. This could be something as small as remembering your favorite color, the name of your pet, or a personal anecdote that you shared with him.

He may bring you a bouquet of your favorite flowers or mention something you said in a previous conversation.

If you mention that you have a big presentation coming up at work, he might ask you about it later to see how it went. Or, if you’re talking about a hobby that you’re passionate about, he might ask you more questions about it to show that he’s interested.

Mention that you’re a fan of a particular type of tea, and he might surprise you by bringing you a cup of that tea the next time you see each other. This shows that he’s listening to you and that he cares about making you happy.

2. He always makes an effort to talk to you and spend time with you.

Another sign that a guy likes you is that he makes an effort to spend time with you.

He might also make an effort to spend time with you by inviting you to events, asking you to hang out, or making plans with you regularly.

Related: 15 Sure Signs He Likes You But Is Hiding It

3. He asks you a lot of personal questions.

If a guy is genuinely interested in you, he will want to know more about you, your life, and your thoughts and feelings. As such, he may ask you a lot of personal questions, such as what your hobbies are, what your goals are, and what your dreams are.

This is a clear sign that he wants to get to know you better and that he cares about what you have to say.

4. He deliberately tries to be funny around you.

One of the most telling signs that a guy likes you more than you might think is if he goes out of his way to make you laugh and smile. This can include telling jokes, making funny faces, or doing silly things just to put a smile on your face.

He can as well tell you how beautiful you look when you smile or compliment the sound of your laughter. This shows that he cares about your happiness and that he wants to make you happy.

5. He touches you, even in a subtle way.

Physical touch can be a powerful way to show interest and attraction, and if a guy likes you, he might touch you even in a subtle way. This might mean that he brushes your arm when he’s talking to you, holds your hand when you’re walking together, or gives you a hug when you see each other.

These touches can be very subtle, but they can still be a clear sign that he’s interested in you. They are often unconscious and can be a way for a guy to show his interest in you without being too forward.

Pay attention to how he touches you and how you feel when he does, as this can be a good indication of his feelings.

Interesting: 10 Hard-To-Fake Signs He’s Into You

6. He goes out of his way to help you

If a guy likes you, he will likely go out of his way to help you with something that you need. This could be offering to help you with a project at work, or lending you his car when yours is in the shop.

It could also be something as simple as offering to carry your groceries or help you move into a new apartment.

Going out of his way to help you shows that he cares about you and wants to do something nice for you.

It’s important to note that this doesn’t necessarily mean that he is trying to buy your affection, but rather that he genuinely cares about you and wants to help you in any way he can.

Of course, the most obvious sign that a guy likes you more than you think is if he actually tells you. This might not always be easy to spot, as some guys are shy and might not be direct about their feelings.

However, if he makes it clear that he likes you, either through his words or through his actions, it’s a sure sign that he’s interested in you.

This means that he won’t play games or try to hide his interest in you. Instead, he will be upfront about his feelings and let you know that he’s into you. This can be a refreshing change from the usual dating games that people often play, and it can be a sign that the guy is genuine and sincere in his interest in you.

Another sign that a guy likes you more than you think is if he’s protective of you. This could manifest in different ways, such as offering to walk you home at night, standing up for you in arguments or confrontations, or simply looking out for your well-being in general.

This behavior shows that he cares about you and wants to make sure you’re safe and happy.

If you find that the guy you’re interested in is always showing up wherever you are, it could be a sign that he’s into you. This doesn’t necessarily mean that he’s following you around or stalking you, but rather that he’s making an effort to be near you.

For example, he might show up at the same coffee shop as you every morning, or he might sit next to you in a class even though there are other seats available.

When a guy is really into you, he will pay close attention to what you’re saying and do his best to engage with you. This might mean asking follow-up questions about your interests or hobbies, or it could mean offering his own thoughts and opinions on the topic at hand.

He might also try to make you laugh or smile, which is a sign that he’s trying to make a connection with you.

If a guy likes you more than you think, he will likely go out of his way to make you happy. This could be in the form of doing small things for you, like bringing you coffee in the morning or offering to help you with a task.

It could also be in the form of planning special dates or surprises for you. If a guy is willing to put in the effort to make you happy, it could be a sign that he likes you more than you think.

12. He is always there for you when you need him.

If a guy is willing to drop everything and be there for you when you need him, it’s a sign that he cares about you and values your relationship. This could be as simple as offering to help you with a project or as significant as being there for you during a difficult time in your life.

13. He talks about the future with you.

If a guy is interested in you, he may start to talk about the future with you. This could be anything from making plans for next weekend, to discussing your future goals and dreams.

If he includes you in his future plans and seems genuinely interested in what you have to say, it is a sign that he sees you as a potential partner and wants to build a future with you.

Most guys are unemotional. If a guy likes you he might show it by being open and honest with you. He might share some personal information with you because he feels safe and comfortable with you.

For example, he might open up about how he’s feeling emotionally down or unmotivated even if it makes him look vulnerable at that moment.

15. He likes talking to you alone sometimes.

If a guy likes you more than you think, he shows that by wanting to have a conversation with you alone. And when a third party tries to engage or take your attention off him, he might get jealous.

He can even plan out a date so just the two of you can have enough quality time away from your friends so neither of you will get interrupted in the meantime.

In conclusion, if a guy remembers the little things you say and do, makes an effort to spend time with you, is protective of you, and shows interest in your life, he likely likes you more than you think.

This kind of behavior is a clear indication that he’s interested in getting to know you better and potentially starting a relationship with you.

If you’re unsure about his feelings, it’s always a good idea to communicate openly and honestly with him, and to listen to what he has to say. By paying attention to his actions and words, you can get a better sense of how he feels and whether he’s worth pursuing.

Related: 16 Psychological Tricks That Will Make Him Miss You