12 Sure Signs He Wants You to Leave Him Alone

By Team Growth LodgeJanuary 5, 2023Dating Tips for Women RelationshipsLeave a Comment on 12 Sure Signs He Wants You to Leave Him Alone 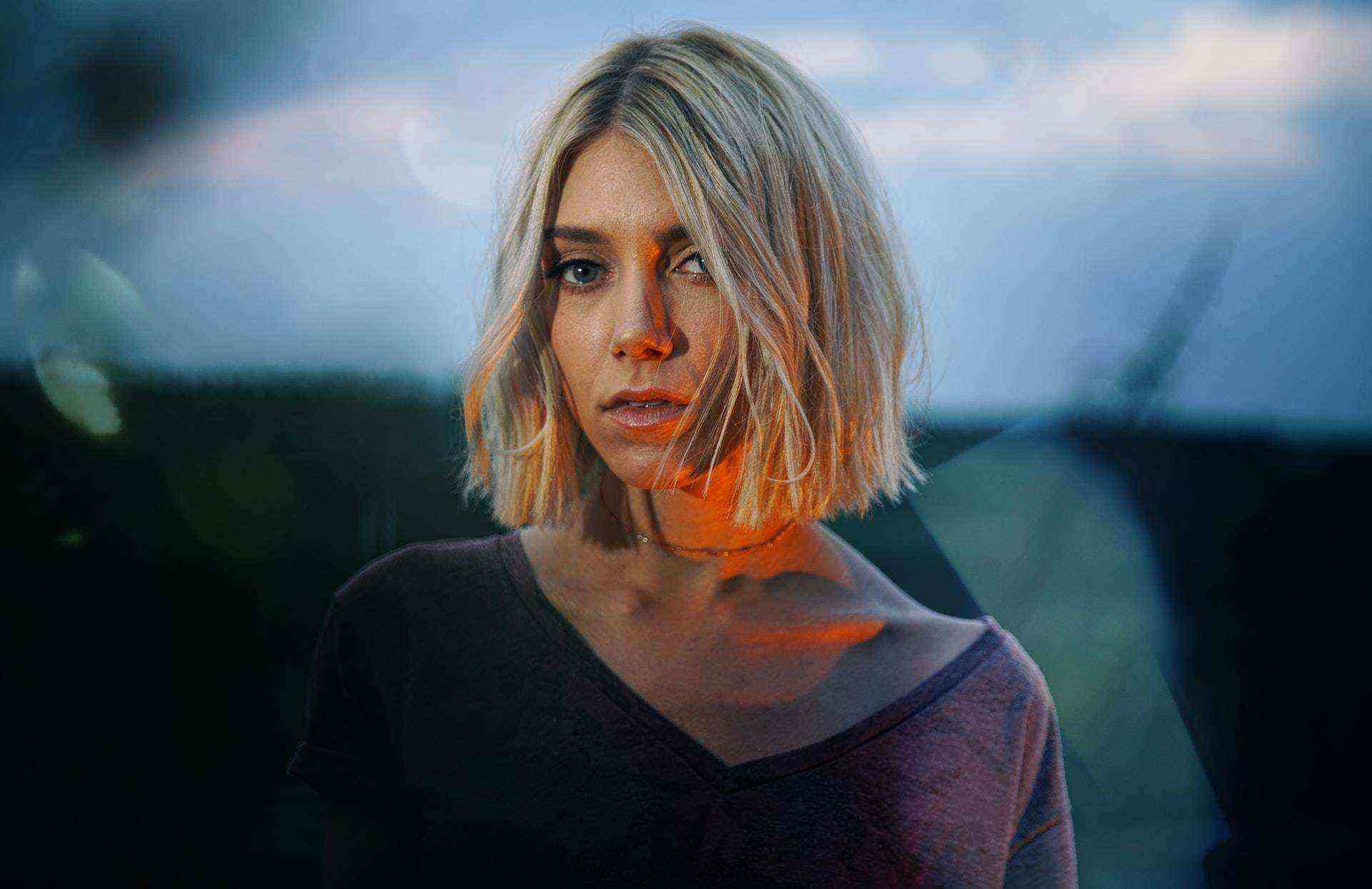 In this article we’ll talk about the signs you’ll see when a guy wants you to leave him alone, and you should do about it.

It’s a feeling we’ve all experienced at some point – that nagging sensation that a guy you like — or are in a relationship with — is just not that into you.

Maybe he’s not texting you back as quickly as he used to, or maybe he’s canceling plans more frequently.

Whatever the case may be, it can be tough to know for sure whether someone is really interested in a close relationship with you, or if they’re trying to send the message that they want you to leave them alone.

If you’re feeling uncertain about where you stand with a guy, pay attention to these telltale signs. He might be trying to give you subtle (or not-so-subtle) hints that he is no longer interested.

Of course, everyone communicates and expresses their feelings differently, so it’s always a good idea to have an open and honest conversation if you’re not sure how someone feels.

That said, if you’re noticing any of these signs, it might be time to accept that he wants you to leave him alone and move on.

1. He’s giving you a cold shoulder

When a guy wants you to leave him alone, you’ll see it in how much he engages with you. Even if you attempt to strike up a conversation with him or show interest in being friends, he’s going to blow you off.

For instance, he might respond to your text with a one-liner.

If you’re already dating, you’ll see this manifest in how uninterested he’ll be to engage with you. If there’s any conflict that needs resolving, he may not care about putting in the effort to talk things through.

A guy who is consistently avoiding eye contact, not responding to your attempts at conversation, or just generally seeming distant and aloof is trying to tell you he’s not really interested in interacting with you.

2. He’s not returning your calls or messages

This is a huge sign. And it literally screams, “Leave me alone!”

If you’ve texted him once or twice in a row and he doesn’t respond, it’s probably best to give him some time so you don’t appear needy and push him further away.

However, if he keeps living your texts and your calls hanging, it could be a sign that he wants a break from you. Even if he doesn’t say it directly to your face, it is obvious that he’s avoiding you.

A guy who wants to be with you will be interested in staying in touch either physically or through text and phone calls. Once he starts avoiding these means of communication, it means he doesn’t want to stay in touch. It’s left for you to get the message.

If you’re just getting to know each other, take it as a sign that he doesn’t want to take things further with you.

3. He frequently cancels plans with you

This is one thing people do when they’re tired of someone.

The thought of spending time with you doesn’t excite him. Hence, he keeps contemplating if he wants to spend another hour or two, dragging himself to strike up a conversation with someone he isn’t interested in.

But note that a guy only canceling plans with you once or twice probably doesn’t mean that much. But if he frequently does it, without a legit reason, it’s most likely that he’s trying to avoid you.

If you’re getting to know him and he’s already bailing out on his plans with you, that’s your cue that he may not be interested in taking things seriously with you.

4. He’s being direct about wanting you to leave him alone

Though this is a colder and more uncomfortable approach, some guys might be more upfront and direct about their feelings.

And if a guy tells you directly that he wants you to leave him alone, it’s probably best to take him at his word and give him the space he’s looking for.

He might be feeling overwhelmed or unsure about his feelings, and he might need some time to himself. Respect his boundaries and give him the space he’s asking for – it could be what he needs to figure out his feelings.

5. He shows zero interest in making the relationship work

He couldn’t care less whether you’re cheating or not. And even when you bring up important discussions to him that need his attention, he just shoves it off like it doesn’t matter.

If you see this behavior in him, he’s trying to tell you something.

In fact, sometimes he’ll deliberately shake things up just to let out a bit of that passive aggression or suffocation that he feels towards you. For instance, he may pick offense in one tiny thing that you did and make a disproportionately big deal out of it.

This is just his attempt to pass it to you that he’s tired of having you around. He’s becoming more and more desperate for you to figure it out yourself.

Interesting: 10 Sure Signs He’s Fighting His Feelings For You

When a guy starts to get disconnected from — or during — sex, know he’s truly disconnected. But how can you tell?

Does he initiate sex like he used to? And even when you initiate, how does he respond?

When a guy wants you to leave him alone, everything, including sex, is going to appear forced. Instead of truly enjoying the moment with you, he’ll simply see it as a chore he needs to get through. He’ll be distracted.

7. He’s better when he’s not around you

You notice how free and happier he is when he’s around other people. He happily flirts and compliments other girls. But when he’s with you, he’s cold and distant.

There’s no bigger sign that he wishes you could just leave his life. He doesn’t know how to say it in words. But if you notice that this is a pattern that’s playing out in your relationship with him, it’s better to give him the space he’s asking for.

8. He leaves you out of his plans

However, there are certain things that your partner will keep from you that scream a red flag. For instance, if he tells you he’ll be traveling out of town for some time, but comes back without letting you know, then there’s something wrong.

Or, he wants to go on a weekend trip with his friends but he leaves you out of it. These are all signs that he doesn’t want to be with you anymore. He wants less and less time with you.

First, you’re a difficult person to be around.

Second, he’s simply trying to tell you to leave him alone.

The whole drama with him being passive-aggressive and cold towards you while being friendly and sweet to other girls means he’ll rather have them.

He’s trying to tell you he wants some breathing space. He wished he had the opportunity to freely explore and not be tied down by you.

Also read: 8 Signs He Doesn’t Find You Attractive Enough to Date You

10. He finds excuses to create tension

Little things quickly get to him. And whenever things escalate, he shows no interest in talking things over maturely with you and resolving it.

In fact, that’s what he wants. He’ll rather things escalate to the point where you’re forced to leave, rather than join you to create peace. He’ll never apologize because he isn’t interested in winning you over.

Rather, he’s interested in the contrary: He wants to break up, but he doesn’t want the idea to come from him. So he plans to create enough tension so that you’ll have no choice but to break things up yourself.

When you see this trend, save yourself from mental and emotional turmoil and find a relationship where you will be appreciated.

11. He cuts you out of activities he’d normally do with you

For instance, you usually go on evening walks together, then he suddenly stops going with you. And he doesn’t tell you why, and he doesn’t ask you if you would like to go with him.

He just cuts you off.

And when you finally confront him about why he’s behaving this way, he gives you some excuse like, “I just need time alone.”

Sure, there’s nothing wrong with him needing time alone. However, if he starts doing this frequently with other things, even when you’ve not done anything wrong to him, he’s giving you the attitude. And you should understand the meaning behind it before it’s too late.

12. He shows obvious signs that he’s tired of the relationship

When you attempt to make plans, he appears uninterested.

When you try to seduce him, he doesn’t bulge.

When you’re together, he’ll behave like you’re roommates. He might not talk much or show any enthusiasm or excitement.

When you see these signs, he’s trying to tell you that he’s tired of you. And in his head, the relationship is already over. He’s just waiting for you to get the message.

Navigating the dating scene can be tough, especially when you’re not sure where you stand with someone.

If you’re noticing any of these signs that a guy might be trying to send the message that he wants you to leave him alone, it might be time to accept that he’s not interested in a close relationship with you and move on.

It’s always a good idea to have open and honest communication with someone if you’re not sure how they feel, but if you’re noticing any of these signs, it might be time to respect his boundaries and give him the space he’s looking for.

Remember, there is plenty of fish in the sea, and you deserve to be with someone who values and appreciates you. Don’t settle for less.

Read: How to Attract and Date High-Value Men