Destiny FemiJuly 22, 2022Dating Tips for Men RelationshipsLeave a Comment on 5 Signs She’s Interested, But Playing Hard to Get 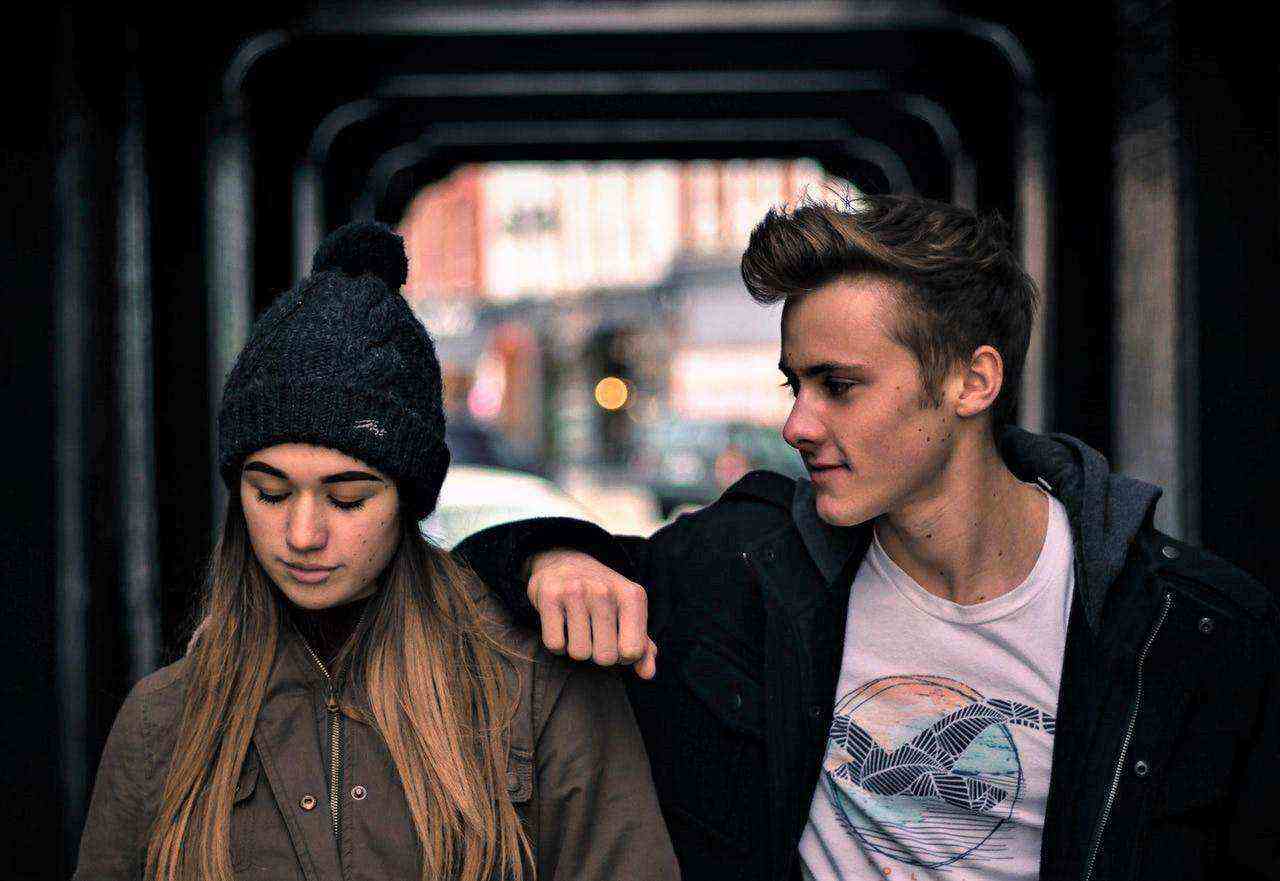 A girl that totally ignores isn’t playing hard to get, she just isn’t interested. Most guys can’t tell the difference.

A girl playing hard to get wants you, but she just isn’t sure about you yet. Maybe you’re a good-looking guy and she isn’t really sure about your intentions. I mean, if you could get any girl, why her, right?

Or, maybe she just doesn’t want you to think she’s a cheap girl who is desperate for a relationship — this is more true if she already likes you.

There are a lot of good reasons why ladies play hard to get, which I went into detail in this article. And though most men may not like the idea of playing hard to get, it works. And studies prove it.

That said, if you understand the signs that a lady isn’t rejecting you, your approach towards her is going to be different. Instead of making the mistakes of going in stronger, you’ll try and understand exactly what she isn’t sure about concerning you, and try putting the insecurity to rest.

1. Her friends will give her away

A girl who is interested in you may not want you to know, but she’ll tell her friends. She’s going to tell them all the details about how nervous she felt when you first walked up to her, and how cute she thinks you are.

If you’re often around the same proximity as her, and you notice that her friends smile at you or try to be friendly with you, she is most likely already attracted to you.

All you have to do now is understand why she’s still holding back. Maybe she isn’t sure about your intentions. Or, it could be that she’s taking her time because she doesn’t want to seem desperate and mess things up with you.

Whatever the reason for her pull back may be, when a girl’s close friends give you signs of acceptance, the girl most likely is attracted.

When a girl is interested in you but doesn’t want to seem desperate, she’ll hold herself back from over-communicating.

But how do you know a girl wants to initiate contact with you even if she doesn’t?

Typically, you’ll know by the kind of conversations you have. You’ll sense the positive vibe she gives you. According to personality psychologist Jeremy Nicholson, when someone likes you, one way to tell, among others, is that “they’ll behave positively towards you.”

For instance, a girl who is eager to talk to you will not ignore you for hours before responding to your text. She may take some time because she’s playing hard to get, but she’ll respond in time because she’s been hoping that you text or call her.

Furthermore, your conversation with her will be friendly. You’ll see her making efforts to take the conversation forward. She’ll ask you questions about yourself. She will be interested in you.

On the other hand, if a girl ignores your text for hours, then finally replies to your text with a word, you can be sure she isn’t interested in you. The difference isn’t really that hard to tell when you pay attention.

Related: 9 Signs She’s Fighting Her Feelings For You

3. She tries to make you jealous

This point is relevant if you’re in the same circle as the girl. For instance, you could be course mates, live in the same neighborhood, colleagues at work, or just friends.

A girl playing hard to get is trying to make you feel like she isn’t into you even though she is. And one way she may try to do this is to show you your competition.

But if you understand this trick, you’ll see that she’s using the other guys, and you are her target.

For instance, she may show up looking great to a party, work around and hug everyone else in your circle of friends, but intentionally ignore you. First, she does this so you can observe her from a distance. And secondly, to make you jealous.

Here’s the thing: If you’re in the same circle with a girl and she really isn’t interested in your advances at her, she’ll most likely friendzone you or even feel sorry for you. Once she starts putting in the effort to show off her assets or make you feel jealous, she’s most likely interested in you.

4. Her body language gives her away

Most guys can probably relate to this:

You keep catching a girl staring at you, then you muster the courage to work up to her, engage in a conversation, and ask her out on a date. But then she says she will think about it.

But within you, you can tell that every part of her wants to go out with you. You see the non-verbals like inward lining, neck exposure, mirroring, flirting, etc.

This happens all the time, and funny enough, especially when the girl is into you. Why?

Well, it’s possible that she already saw that you noticed she has a crush on you. Some girls may even be embarrassed about this. And her way of redeeming herself is playing a bit hard to get so that she doesn’t seem too easy. It actually makes sense if you think about it.

This is when she wants to appear uninterested in you, but the moment she sees you having an innocent conversation with another girl, she can’t get her eyes off you two.

Sometimes this could be a friend who acts like she’s cool with being just friends with you. But when she starts seeing you’re hanging out with another girl, she loses her sh*t. Or worse, she attaches herself to another guy, comes to your view, and tries to make you jealous as well.

Often, girls who engage in this trick are girls who don’t know what they want. It could just be her competitive instincts kicking in, wanting to take from others what they desire.

The bottom line is that a lady (or guy) will only get jealous when she feels something for you. Jealousy is a powerful emotion, and it’s often out of our control. We feel it only when we think someone has what we think we deserve.

When these signs overlap, there’s a high chance she’s interested in you. The question now is, why is she playing hard to get? Is she unsure of your intentions? Or is just taking her time so you don’t think she’s cheap? Understanding the reason behind her pullback will help you know how to bring down her defenses.